Looks like the rapid rate of Games Workshop releases continues next week with Tooth and Claw, a Space Wolves VS Genestealer Cult boxed game! Also up is a new Space Wolf Codex! Here are all the details from Warhammer Community!

Next week, we return to the epic mass battles and world-shaking conflicts of the 41st Millennium with a brand new boxed set, new models and a highly anticipated new codex… First up, the boxed set:

Tooth and Claw kicks off a thrilling story thread for Warhammer 40,000, brings you some incredible new models and saves you money at the same time. With two armies, rules and 40-page softback book exploring new lore, it’s great whether you’re just starting with Warhammer 40,000, looking to kick off a new army or just want to expand an existing collection.

In Tooth and Claw, the Space Wolves – now reinforced by the Primaris Space Marines – descend upon Vigilus to crush the insidious Genestealer Cults. This is no mere uprising – positioned in one of the only relatively stable channels between each half of the galaxy, Vigilus is both the gateway to the beleaguered “Imperium Nihilus” and a citadel against the Black Legion, Orks and all manner of threats from without. Should the Space Wolves fail, the consequences would be devastating… 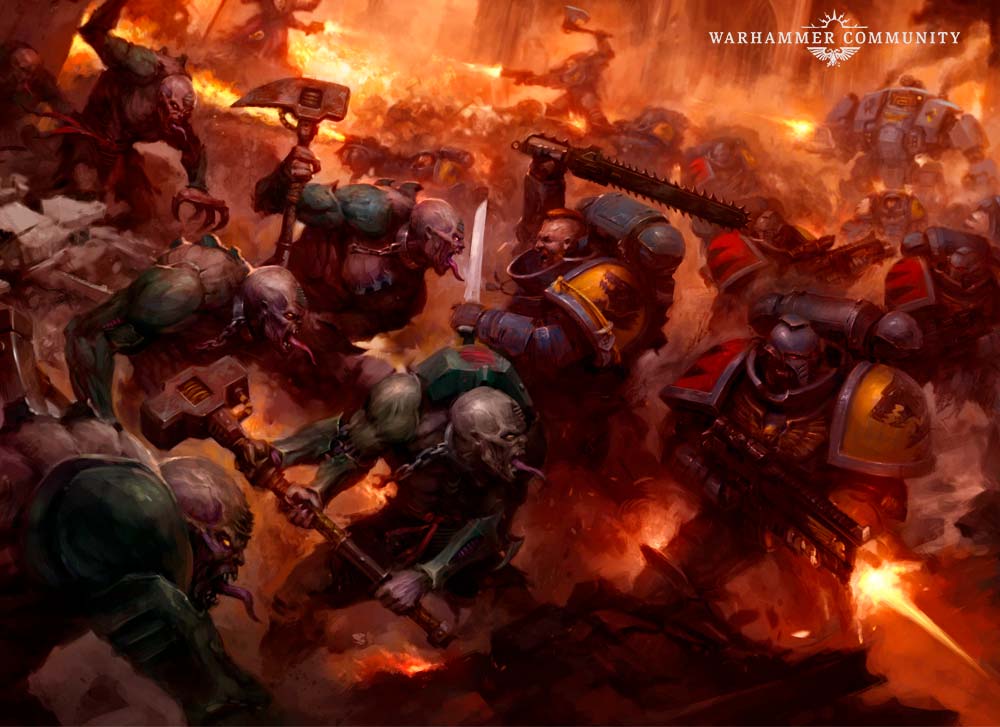 Inside Tooth and Claw, you’ll find new models you won’t find anywhere else. For the Space Wolves, you’ll get a new Primaris Battle Leader – the first ever dedicated Primaris model for the sons of Fenris. Bedecked with furs and gems (not to mention a splendid beard), he’s the ideal commander for your Space Wolves army. 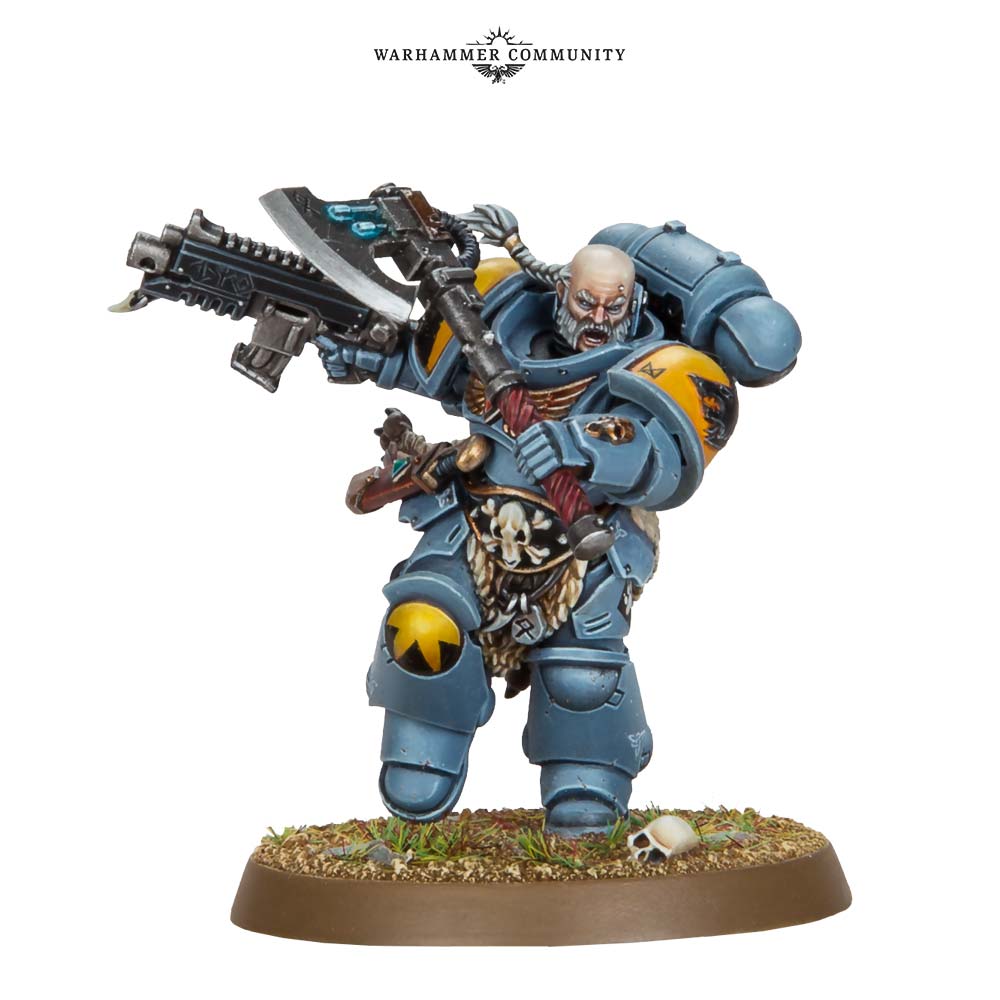 Speaking of which – you’ll find a respectable start to any Primaris Space Marines force inside Tooth and Claw with a Redemptor Dreadnought, Intercessors and Aggressors. Build yours with the Space Wolves upgrades included in the set, or assemble and paint them up to match your favourite Chapter – it’s your call. 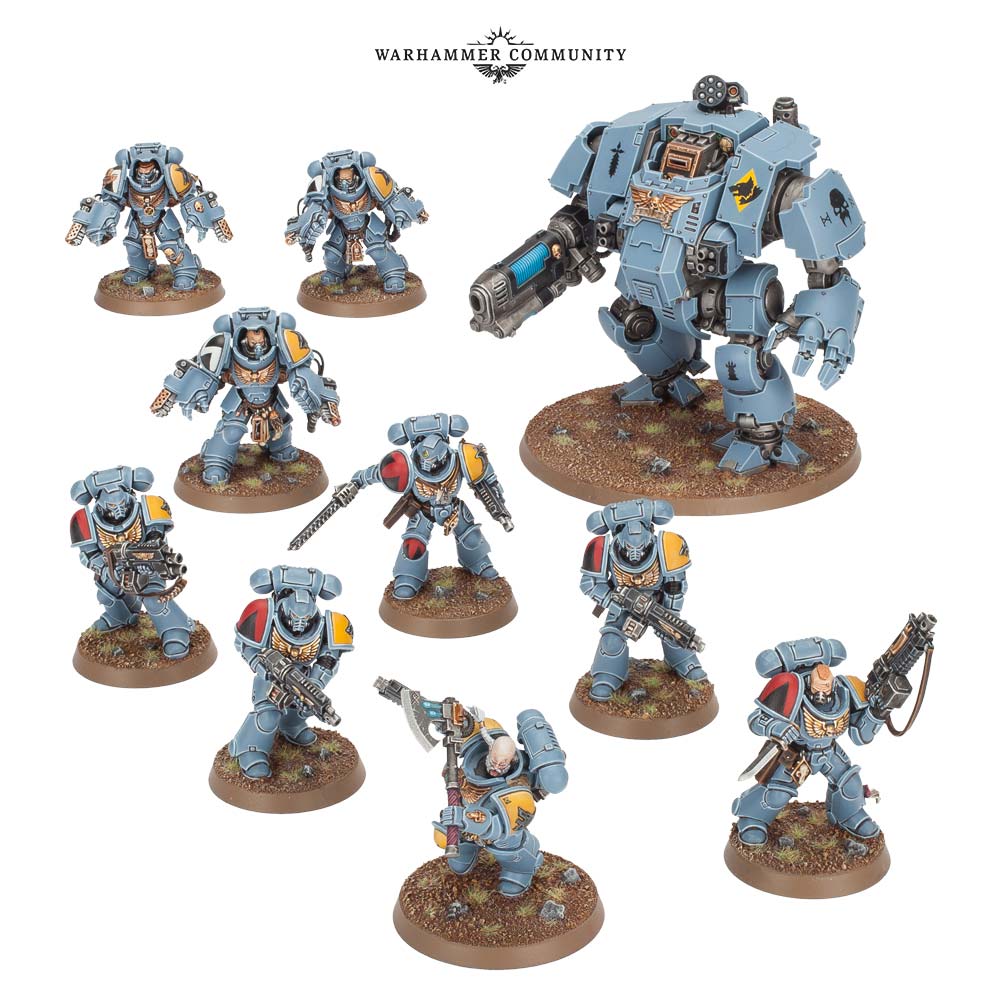 For the Genestealer Cults, meanwhile, Aberrants receive a multipart kit, as well as a new Character dedicated to leading them. The Abominant – a vile fusion of Aberrant and gene-matter gifted from the Patriarch itself trades the psychic power and cunning of other Genestealer Cults leaders for unspeakable strength and durability. Capable of smashing anything from enemy leaders to heavy battle tanks to bits, he might not be subtle – but who needs to be when you’ve got a power sledgehammer?

Alongside the Abominant, you’ll find a brand-new set of Aberrants, given all-new sculpts packed with disgusting detail. With 11 different heads and a choice of weapons in the kit, no two models you build need to look the same. And you can arm your squad leader with a stop sign – what’s not to love? 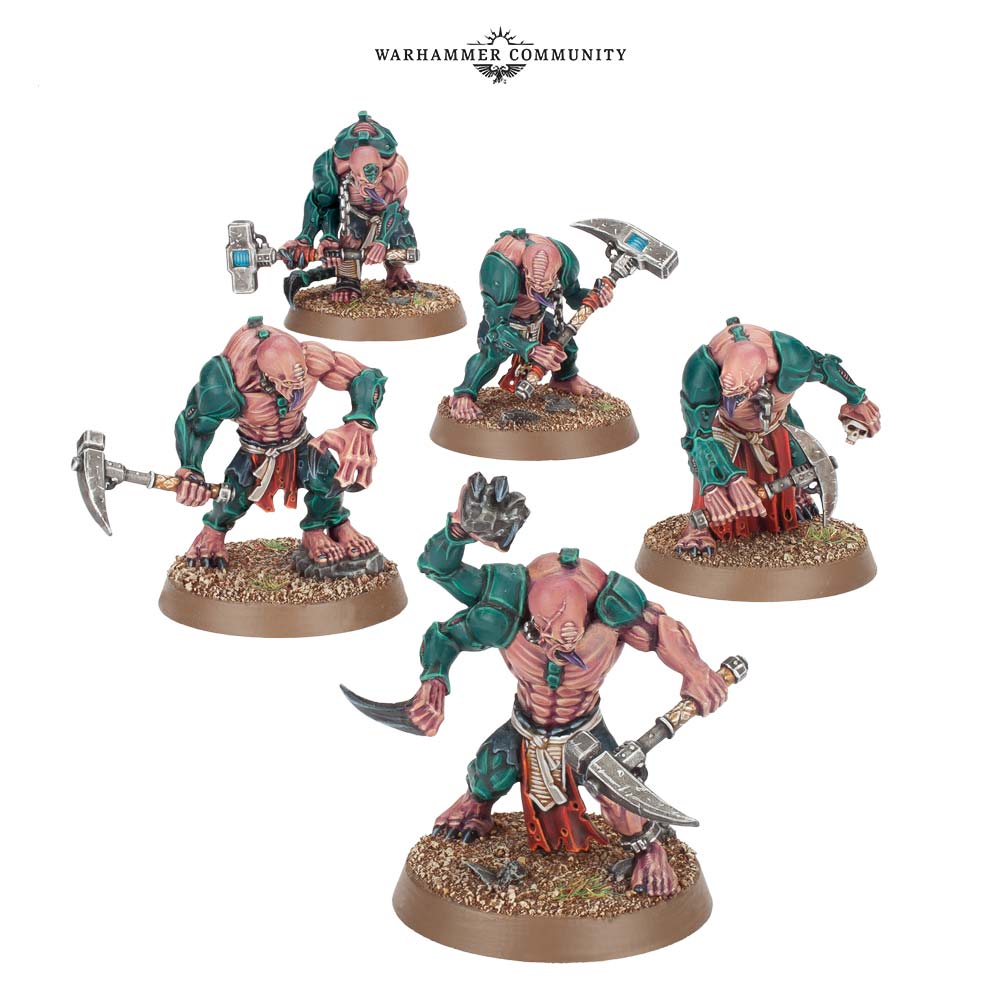 To accompany your new Aberrants, you’ll find a set of Hybrid Metamorphs and Purestrain Genestealers as well as an Acolyte Iconward, giving you a deadly and elite close-combat force to begin your army. 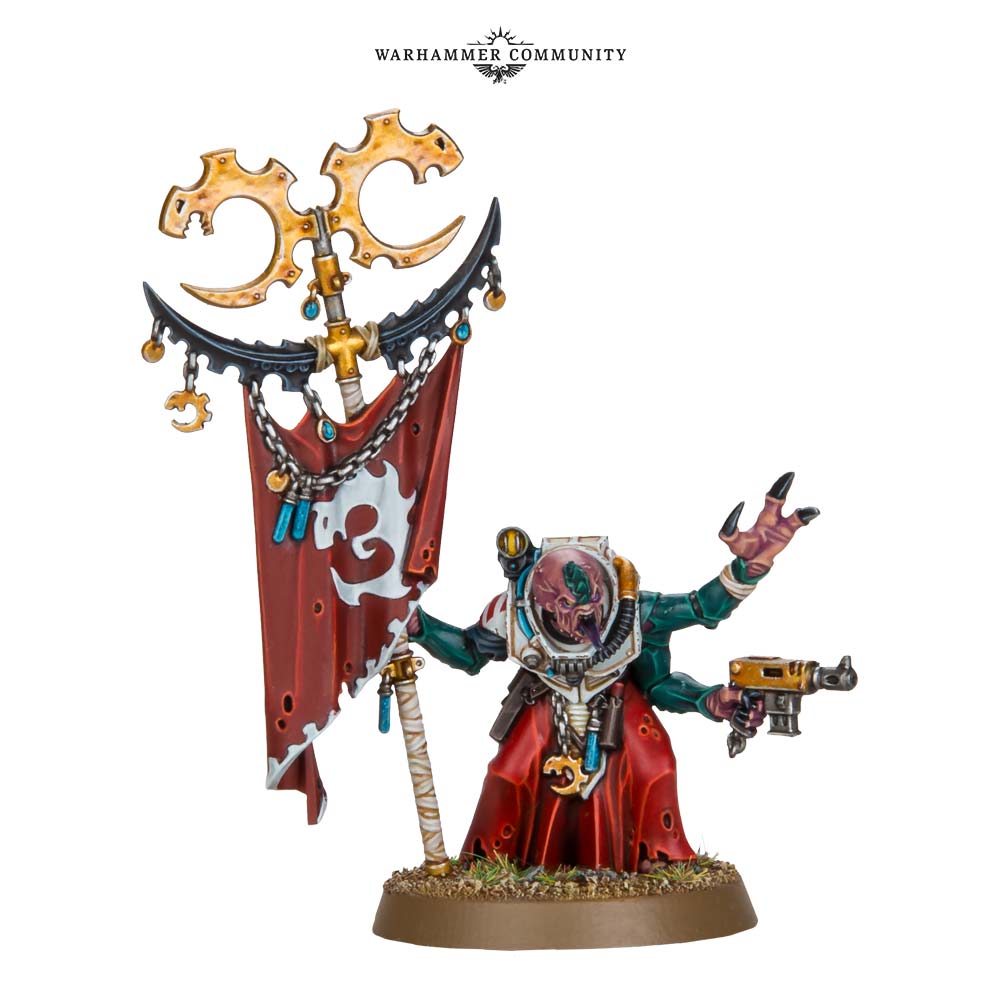 Best of all, Tooth and Claw costs a good chunk less than getting the models inside separately even before you count the exclusives in the set – essentially, it’s two Start Collecting! boxes rolled into one.

Next week also sees the highly anticipated Space Wolves codex land – and we think it’s safe to say the wait has been well worth it. This new codex brings the sons of Russ up-to-date with the new edition, offering them powerful faction-wide rules, Stratagems and all the great stuff you’ve come to expect from this generation of codexes.

As well as bringing Primaris Space Marines fully into the fold, the codex is packed with tweaks and improvements to every part of your army. There are even some brand-new datasheets, giving you never-seen-before options like Wulfen Dreadnoughts or Wolf Guard Terminators clad in Cataphractii and Tartaros pattern armour. We’ll be previewing the new codex throughout the next week with a closer look at what it means for you and your army, so stay tuned!

For those truly dedicated to the service of the Allfather and Fenris, the magnificent Collector’s Edition is for you. Strictly limited in number and featuring a unique soft-touch cover and a black ribbon marker, make sure to get your copy before they run out. All fans, meanwhile, will want to pick up a set of Datacards to keep track of the various Stratagems and psychic powers your army can use, while a set of special Space Wolves Dice feature claw marks in place of pips in a bit of ferocious flair.

Finally, next week sees some Plague Marines from the launch of the Death Guard return to shelves with the Plague Marine Reinforcements set. 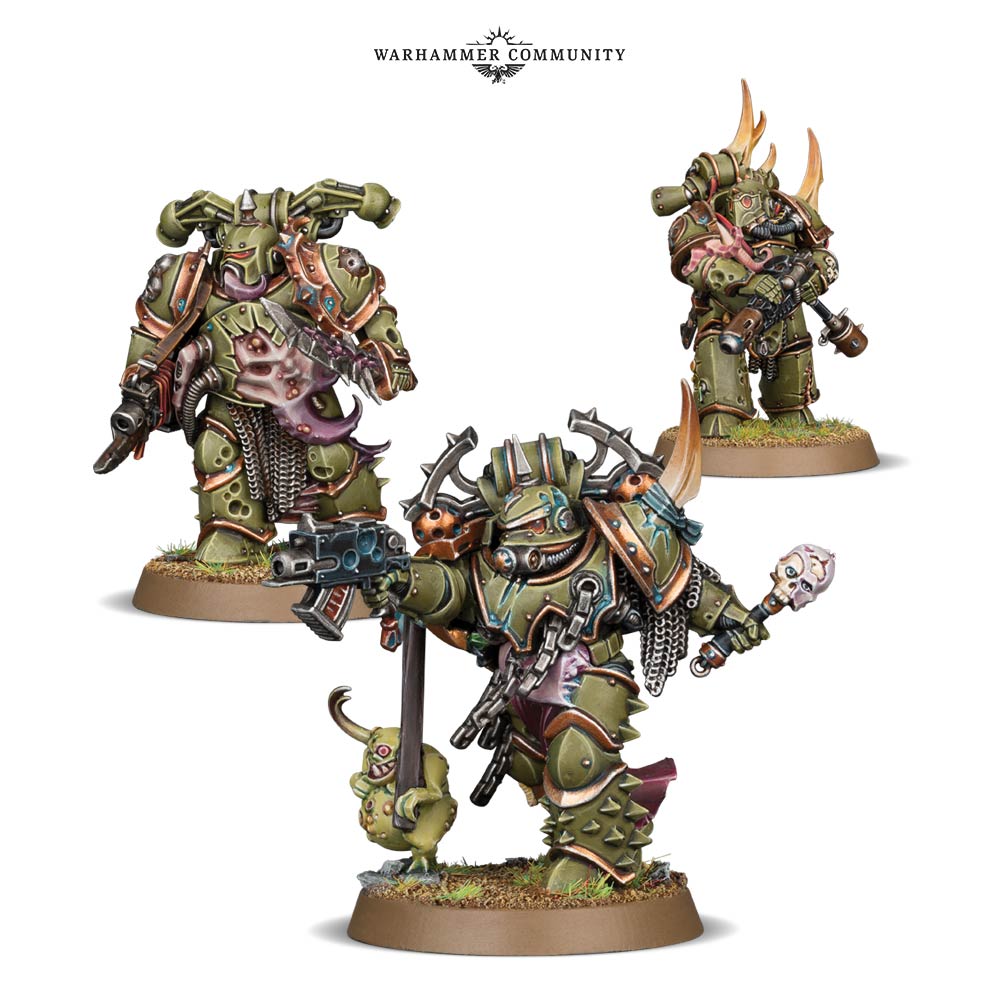 When these models were released, they became instantly iconic among the community, cropping up in painting competitions and Death Guard collections across the world – one even managed to secure the Slayer Sword at last year’s Warhammer 40,000 Open Day: 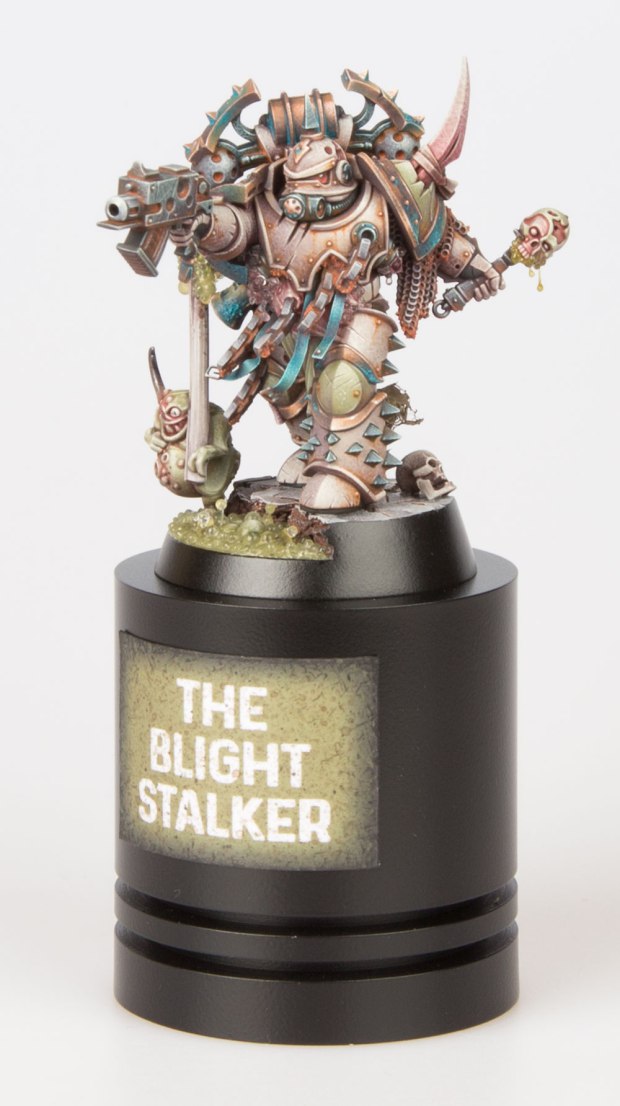 We had loads of requests from fans wanting to see these models return and so we’ve brought them back for your convenience – whether you’re planning a Golden Demon winner of your own or just want some more weapons and poses for your Plague Marines.

You’ll be able to pre-order all of the above on Saturday next week, while to whet your appetite in the meantime, we’ll be posting previews over the next few days exploring Tooth and Claw and Codex: Space Wolves in detail – make sure to Like the Warhammer 40,000 Facebook page and subscribe to our newsletter for all the latest updates.