For years uncounted the Kin have made their home in the galactic core of our Milky Way Galaxy but now, under the watchful eye of their ancestors and with the […] 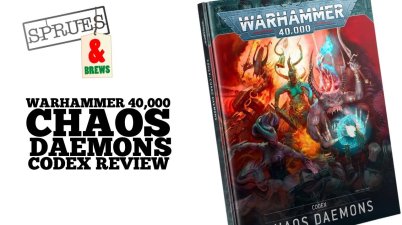 The Daemons of the Chaos Gods boil forth into real-space from the madness of the warp in order to corrupt and subvert the very fabric of reality. When these beings […] 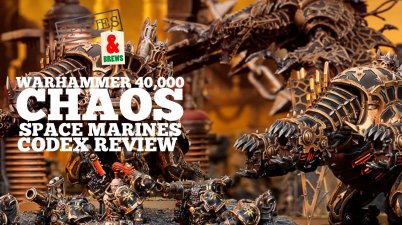 Waging war for 10,000 years, the forces of Chaos battle their way through the galaxy leaving devastation in their wake. Under the command of the Warmaster Abaddon, the Chaos Space […] 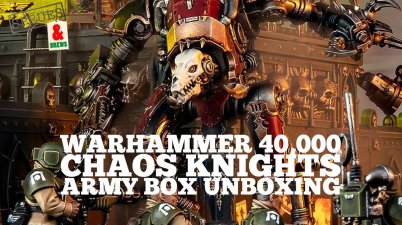 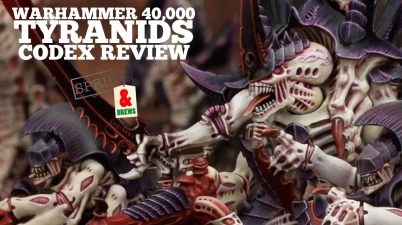 The Tyranid Codex for Warhammer 40,000 is up for preorder right now! Preorder through this Element Games link right here and not only will you save some cash, but you’ll […]

The Eldar are an ancient race, and it seems that the last time we had a massive wave of Aeldari releases the galaxy was still young. But worry not, fellow […]

Hello and welcome to a new series of videos and articles where I shall be charting a brand new Crusade with the T’au Empire! The T’au Codex is up for […] 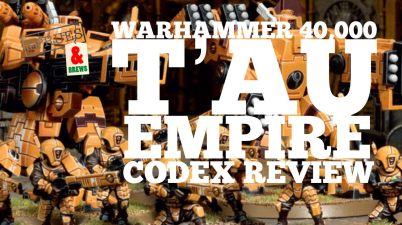 Up for preorder right now is the latest Warhammer 40K Codex, T’au Empire! You can save some pennies and help support Sprues and Brews by preordering through one of our […]

Although a little later than expected we’re really excited that the brand new Adeptus Custodes Codex is finally here! We’ll take a look through the different sections of the Codex […]

A deadly secret is spreading throughout the heart of the Imperium itself. Hiding in plain sight within the manufactorums and industry are a network of individuals tainted with Xenos blood […]