For fans of Warhammer Underworlds, the final two warbands for the Beastgrave season are up for preorder today! If you would like to support the site then why not order through our affiliate Element Games and save yourself 20% too! 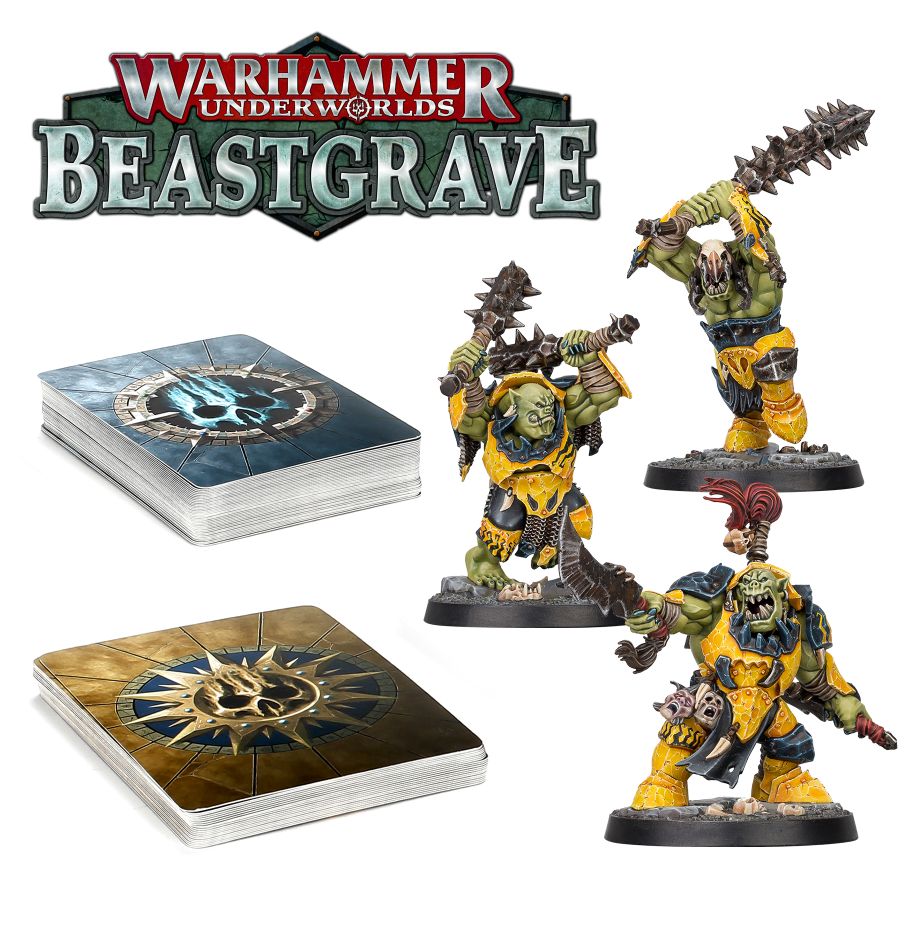 Morgok and his mob of Ironjawz brutes once hunted down and fought the greatest prey they could find amongst Ghur’s trackless wastes. Whether they ran down spiny nephrodiles or fought the storm-warriors of Sigmar, Morgok’s Krushas sought the mightiest trophies in the name of their bellicose deity, Gorkamorka. While roaming a plain of ancient bones, the Ironjawz boss heard from afar the clash and clangour of battle. They pursued the sounds across the wilds until they arrived at Beastgrave – the noises were echoing from the mountain’s tunnels. Invigorated by Waaagh! energy that would only increase with each conflict, the brute boss led his cronies down into the caverns to win glory in the eyes of the great green god. 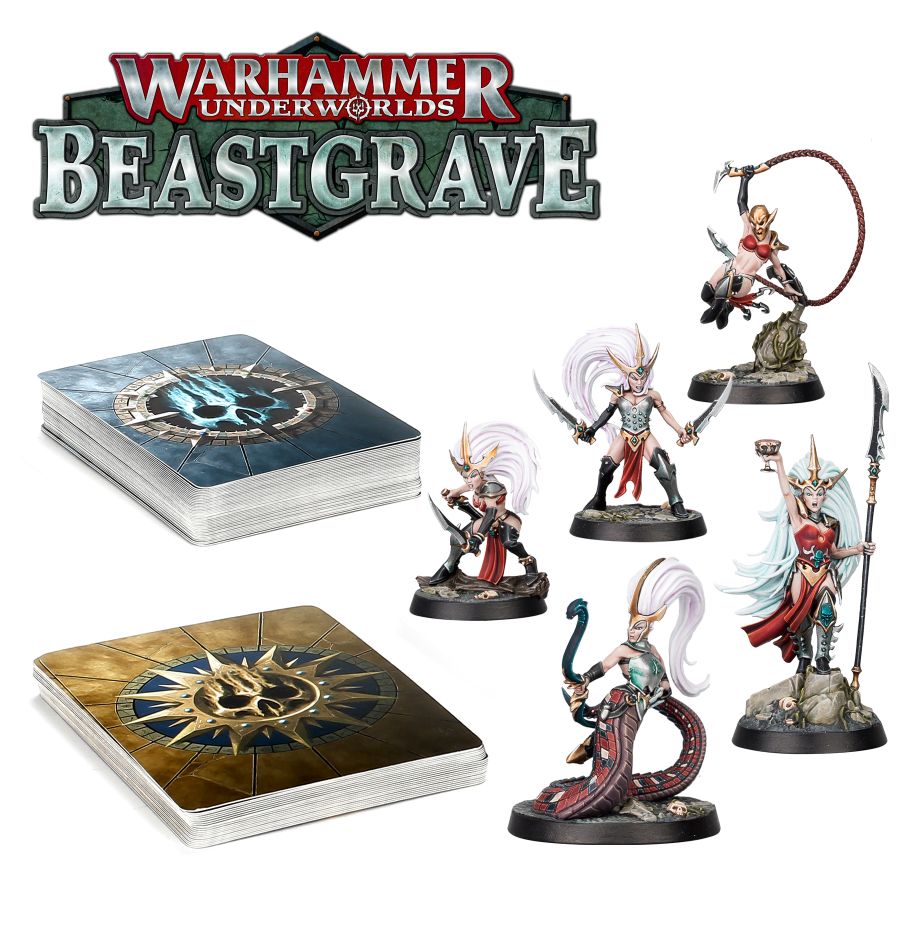 Morgwaeth the Bloodied and her murderous retinue were dispatched to Beastgrave by Morathi in search of a long-hidden shard of Khaine. Shadowed paths brought them to the mountain, and immediately they knew their objective was near – what else could account for the visions of slaughter and echoes of battle that haunted Beastgrave’s megalithic depths? In truth, however, their quest was a fool’s errand, for Morathi knew no shard lay in the mountain – Morgwaeth had questioned her liege a little too publicly, and was sent to Beastgrave for her temerity. This was a poor punishment for the hag queen, though – the blades of Khaine found many offerings to the lord of murder in the mountain’s ancient halls, and their dedication may yet see them escape Beastgrave’s grasp.