Yesterday during the awesome Warhammer Live Preview, Games Workshop finally officially announced the Sons of Behemat Battletome for Age of Sigmar – an army of Giants is on the way!

For those that haven’t seen it yet, here’s the brilliant story book themed teaser trailer:

Now while we don’t know how many new kits are on the way, from the trailer we do know we have at least 3 new variants of giant on the way

Artwork in Games Workshop promotional material and Battletomes rends to be very close to the actual models that will be released, so I think it’s a given we are going to get the three new types of Gargant that are mentioned in the trailer. Let’s take a look at what is coming!

So this is clearly the big fella to the left of the image with three gargants, as he seems to be carrying a boat and an anchor – hang on a second, this all looks very familiar… 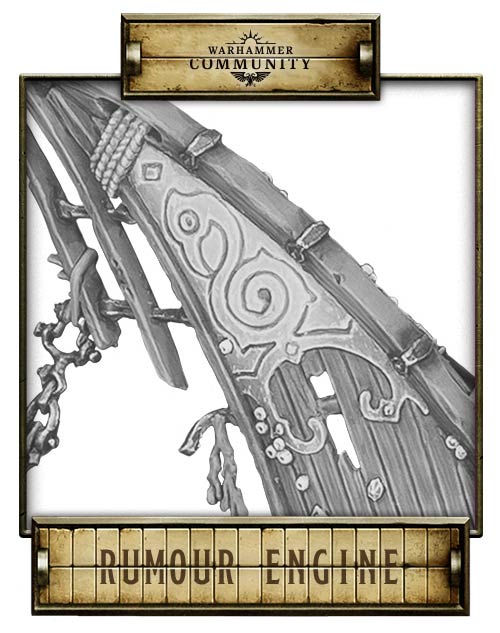 Is it just me, or is this the boat that the Giant is carrying? At first I thought this might be something for the Idoneth, but I think it’s not pretty certain that this is part of the Kraken-Eater kit!

Also, look at the guy falling from the ship, if this is any indication of scale this is going to be a massive kit!

In the middle of our Trio of Gargants in the image is what looks to be the Gatebreaker from the gate he is wearing in place of a loin cloth!

I’m guessing that this will be the “tank” of the range, being able to wade his way into even the most fortified defences!

This also looks like something that would be suitable for putting a massive hole in a city wall..

The right Gargant on our trio of Giants is what looks to be the Warstomper a throwback to a classic thing that giants tended to do – stomp on people! If the model does have a raised foot, i’m looking forward to seeing what the community models underneath it ready to get stomped on!

At the end of the trailer we see a shot of a different Gargant that doesn’t seem to match the others:

Could this be another variant of giant that we haven’t been introduced to yet? I have a feeling we are going to get a couple of kits with multiple options in order to create a range of different choices for your Sons of Behemat army – in a similar way to how Imperial Knight armies are put together in Warhammer 40k

We also don’t know where the Aleguzzler Gargants fit into this, and if that kit will be broken down into multiple warscrolls to reflect the different ways you can build it

I suppose the final question is when are the Sons of Behemat coming out? I have a feeling that these should have been close to release, but the current worldwide crisis has thrown a spanner in the works here. The Lumineth Realm-lords are also on the horizon, so it may be a question of in what order those had been due to release – fingers crossed we see them soon after the return to normality!

Either way, I will be all over this army when it does release! I love behemoths in armies, and an army of just giants is something I can’t wait to put on the table!