In my opinion, the Seraphon are quite a unique faction in Age of Sigmar. At first glance one would perhaps expect these savage reptilian creatures to belong to the Destruction Grand Alliance, but no these beasts fight for the forces of Order.

In addition, the Seraphon units themselves possess the ‘Daemon‘ keyword, a unique occurance outside of the Chaos Grand Alliance – they really are bit of an oddball faction within the Order Grand Alliance.

With the recent announcement of an imminent Battletome (read all about it here), I thought I’d take a closer look at this most mysterious of factions. 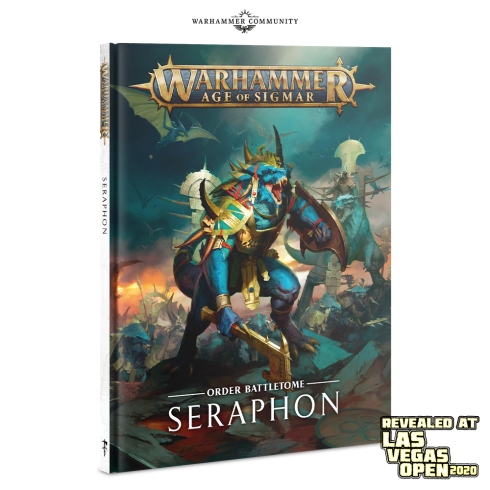 Prior to ‘Age of Sigmar’, the Seraphon were known simply as the ‘Lizardmen’ – a race of reptilian humanoids ‘created’ by the enigmatic ‘Old Ones’ to rid the ‘Old World’ of those races whose existence were deemed a detriment to the ‘Great Plan’.

The Lizardmen consisted of several sub-races – the Saurus warrior breed, the Skink workforce and the mighty Kroxigor who served as beasts of burden (and were also quite handy in a scrap too). The different lizardmen entered the world via great ‘Spawning Pools’ deep within the ‘Lustrian’ jungles, emerging fully formed and able to wage war or perform their preordained duties from the get go. But the Lizardmen themselves were just servants to much greater powers – the Slann and their ‘Old One’ masters.

Not much is know about the enigmatic Old Ones. They were a race of super intelligent space faring aliens diametrically opposed to Chaos and by whose hand much of the ‘Old World’ was shaped.

Serving the Old Ones, and distinct from the Lizardmen were the mighty Slann. The Slann were powerful Mage-Priests, able to shift continents and topple cities with their amazing magical powers. They served as leaders to the Lizardmen and, when the Old Ones vanished, worked hard to enact the ‘Great Plan’ in their masters’ absence. 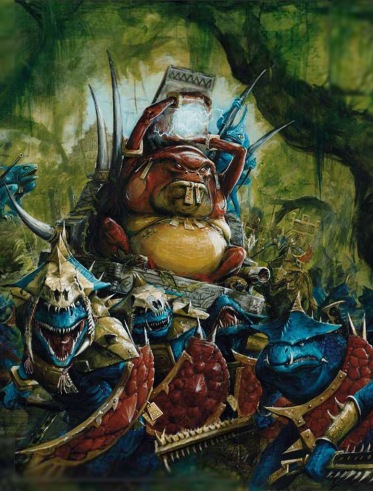 The Lizardmen had a rough time of it during the ‘End Times’. Their jungle homelands were invaded by large numbers of Skaven and were ultimately destroyed by massive walls of fire and sunk beneath huge tidal waves.

However not all was lost and we learnt that before the end, several Slann escaped the confines of the ‘Old World’ before it’s ending in a great exodus.  We must assume these Slann are the very same that now exist in the game world today.

Which brings us back to the Age of Sigmar.  Much of the Lizardmen range now exists as the ‘Seraphon’ – no longer a race of mortal reptiles spawned into the world but instead an army of Daemons imagined into being by the mighty Slann Starmasters.

It seems those Slann that escaped the destruction of the ‘Old World’ were led to the ‘Realm of Azyr’ by the Godbeast ‘Dracothian’.  Here in the utmost reaches of the Realm of Heavens do the Slann now dwell and contemplate their eternal battle against the forces of the Chaos Gods.

Now, when the Slann deign to march to war they summon legions of daemons, made manifest in the image of the Lizardmen of old, formed of celestial magic.

In the beginning of the Age of Sigmar it was said that these summoned armies could only exist in the presence of a Slann Starmaster, and were quick to dissipate once battle was over or the Slann who summoned them perished.  However it now seems that this is no longer always the case and there are now reports of Seraphon continuing to exist in the absence of a Slann for long periods of time. 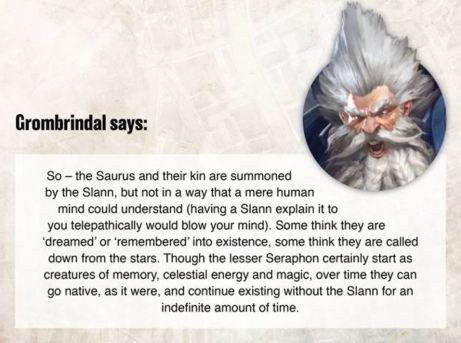 So how do Seraphon play on the table top?

Well it is worth remembering that they are currently one of the oldest Battletomes in the game. They have received regular updates in the different versions of the ‘General’s Handbook’ but I have to admit they do feel a bit lacking compared to the more recent Battletomes.

They do have access to a lot of different units and it is possible to build an army to suit a variety of different playstyles, some much more effective than others it has to be said.  You can build an army that leans into the magical game, with powerful casters in the Slann and Skink mages.

You can go infantry heavy with blocks of Saurus Warriors and Saurus Guard, buffed with Saurus characters like the Oldbloods and Scar-Veterans. They also have access to several mobile units such as Teradons, Ripperdactyls and Cold One Knights and finally they have access to several behemoths in the form of the Carnosaurs, Stegadons and Bastilidons.

Several of the units have access to ranged weapons, so it is even possible to build quite a shooty (albeit short ranged) army too, perhaps worth bearing in mind in today’s meta. As you can see their is a wide range of units to choose from, but I have to admit the warscrolls themselves do leave a bit to be desired, especially when you compare them to the more recent releases.

Perhaps the biggest strength of the Seraphon, and the one that enables to them to compete effectively on the tabletop today is their summoning and board control. The Seraphon Allegiance abilities allow you to summon new units of Seraphon to the battlefield by spending ‘Celestial Conjuration Points’ (CCP). The new units must arrive on the battlefield next to Slann Starpriests or Astrolith Bearers. CCP are accrued by a Slann General in place of casting spells and a small number of additional CCP can be aquired throughout the game by the presence of the Slann General or Astrolith Bearer.

In addition to this summoning mechanic, the Engine of the Gods unit can also summon a selection of units onto the tabletop using it’s own special rules. Using the right combination of command traits, artifacts and units it is quite possible to summon a large number of Seraphon units to the battlefield over the course of a game. Which is just as well as most of the Seraphon’s units are not quite as durable as one would like.

I also mentioned board control as a strength of the army. Another of the Seraphon’s Allegiance abilities allows you to ‘teleport’ a single unit in your hero phase anywhere else on the battlefield (outside of 9″ of an enemy of course).  In addition to this teleport mechanic there are some battalions which allow you to hold units back in reserve and teleport them onto the battlefield during the course of the game.

So, what would I like to see in the new Seraphon Battletome?

I’ll start with the lore and background. I’ve always liked the Old One/Slann/Lizardmen lore from previous editions. The idea of the Old Ones traveling to different worlds (perhaps even those that exist in the 41st Millennium) in their great war against the Chaos Gods really fuels my imagination.

Then of course tragedy occurred and the Old Ones disappeared, leaving the Slann to battle on, attempting to interpret the will of their missing masters as best they could.

The Slann were a dying race in the Old World but it seems in the Age of Sigmar they have had a resurgence of sort, now no longer servants of the Old Ones but masters themselves.

I would like to learn more of their purpose, of their ambitions and of their own ‘Great Plan’. It is mentioned in the lore that some mortals believe they travel between worlds on great space vessels and it would be interesting to learn more about the great battle against Chaos that must surely exist beyond the confines of the Mortal Realms as we know them.

In this age of Gods such as Nagash, Allarielle and Sigmar I would like to see the Slann raised in stature. They are alien beings that seem to originate from outside the bounds of the Mortal Realms, fighting the great enemy in other places within the Universe.

In my mind I see the Slann as alien and outsiders, they are not bound to the rules of the Mortal Realms that perhaps constrain the other Gods that we know of and therefore their power should also be of a different type and scale.

Some of the recent background that we have seen indicate that some Seraphon now appear to exist ‘for real’ within the Mortal Realms, no longer the stuff of celestial magic but of flesh and blood.

I would like to see this developed substantially, maybe there are now Seraphon cities and conclaves within the Moral Realms in the image of those ‘Temple Cities’ that once existed in the Old World. The new Serapon scenery piece makes me optimistic this may be the case 🙂

What about on the table top?

Well, aside from a general update of the existing warscrolls to bring them in line with more recent Battletomes I would like to see some big changes to the one of their main mechanics – summoning.

Don’t get me wrong, I like the idea of summoning units of Seraphon to the battlefield and teleporting them around. What I don’t like is the fact that I have to include some of the greatest spellcasters in the lore…but not actually cast any spells :(. To me it is just not fun that I have this fantastic looking Slann model on the table top, with access to a really fun spell lore and superb casting talents, who just sort of sits there all game, outside of line of sight try to avoid being engaged or shot at.

Instead I’d like to see Games Workshop come up with a really interesting summoning mechanic that feels exciting and unique and allows me to use my awesome Slann Starmaster to wreak havoc amongst the enemy army with their spells whilst summoning in Seraphon reinforcements from the realm of Azyr.

Perhaps the most obvious ‘fix’ is to adopt a mechanic similar to that of the ‘Disciples of Tzeentch’ (check out Podcast for a review of this particular Battletome), accruing CCP when a spell is successfully cast, but this does not feel unique enough to me. Maybe they could be given a new spell lore, where each spell has a different ‘tier’ of power. The player could choose to cast the more powerful version of a spell but this would grant fewer CCP. Instead the player could cast a less powerful version of the spell but this would instead allow the Slann to accrue more CCP. Command traits, artifacts or battalions could perhaps modify this mechanic and allow Slann to benefit from both the CCP generation and the more powerful spell effects in certain scenarios? I really hope they come up with something cool though as I’d love to be able to cast spells AND summon at the same time 😀 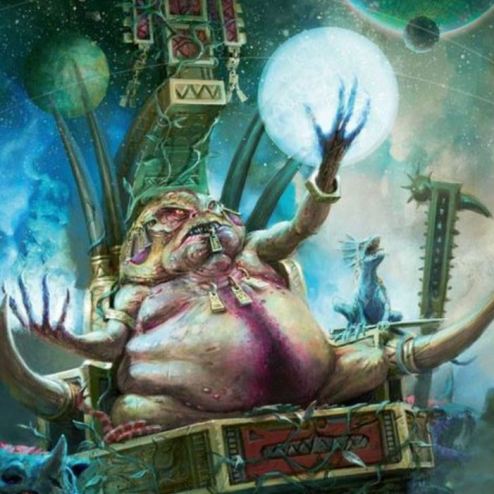 I think it is safe to assume that there will be some variation on the ‘Stormhost’ theme in the new Seraphon Battletome. One guess is that these will be based on the different ‘Constellations’ as they exist today, allowing you to build armies that could be Skink heavy, Saurus heavy, possibly even behemoth heavy (Stegadon Battleline perhaps?). This seems most likely to me and could be just what the Seraphon army needs to turn it from a ‘jack of all trades, masters of none’ type of Battletome into a more lethal specialised force.

Anyway, hopefully we will not have much longer to wait and I’m really looking forward to the release of the new Battletome. Let us know what you’re hoping for in the new book below or on social media.