Wow, the eagerly awaiting Kill Team Rogue Trader is up for pre order next week! I cannot wait to try this out!

Here’s all the details from Warhammer Community!

The wait is nearly over – next week, Kill Team: Rogue Trader is available to pre-order, bringing with it two new kill teams, two new Killzones, a host of missions and two codexes (yes, really!).

Kill Team has been an incredible opportunity for our designers and game writers to explore iconic corners of the 41st Millennium that have never been brought to the tabletop before.

The Rogue Trader boxed set is an expansion which has something for every kind of Kill Team player, a deep exploration of just what the game can do for you. From a fully fledged campaign to two new factions and Killzones, you can play the set as a self-contained expansion or combine it with any of your existing Kill Team goodies.

Kill Team: Rogue Trader has no fewer than 11 new missions for you to try, with new options for open, narrative and matched play. Each is designed to take full advantage of the new Killzones (more on those below) and offers new tactical challenges, not to mention some great thematic hooks. How would a team of Scions fare against a clutch of Lictors in the cramped confines of a shuttle? Can the Word Bearers desecrate an Imperial temple while under attack from a rising force of Necrons? With the new set, you’ll be able to find out. 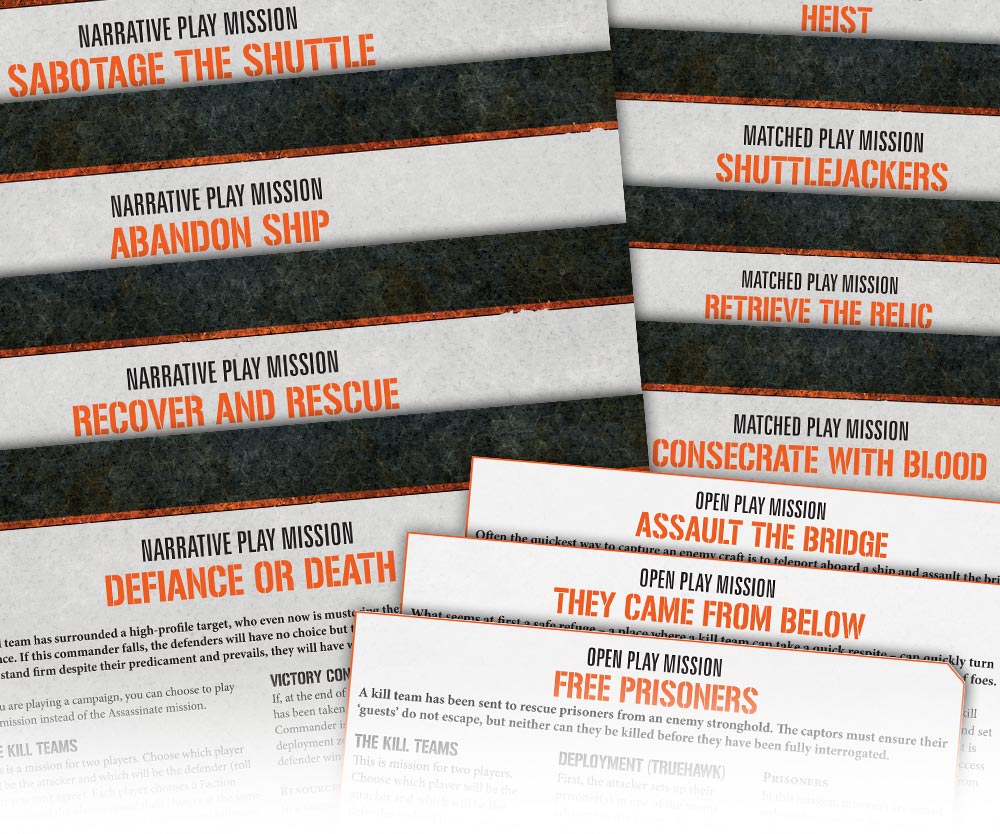 The Rogue Trader set features two kill teams’ worth of magnificent models. In the Elucidian Starstriders, you’ll find Voidsmen-at-Arms – highly paid elite guard of the Rogue Traders – as well as a rogue’s gallery of unusual characters like medic Sanistasia Minst and Death Cult Executioner Knosso Prond, as well as Elucia Vhane herself. 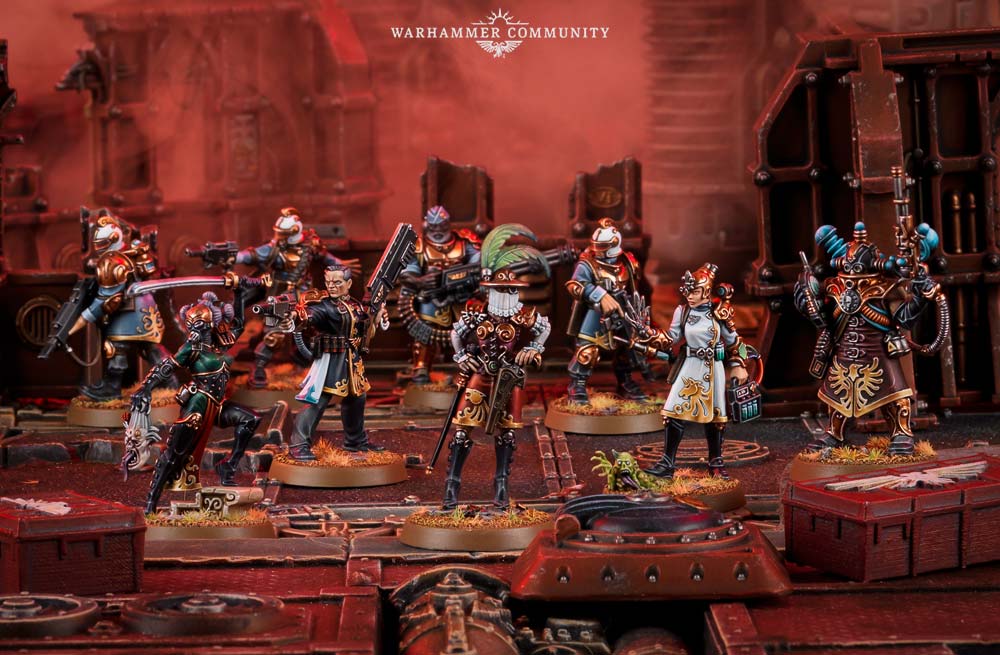 These models are recognisably citizens of the Imperium, but represent its elite – Imperial Guardsmen they are not. Each is dressed in elegant, baroque armour and equipped with fine weapons – they’ll need both to survive against the horrors awakening on their ship…

The Gellerpox Infected are repugnant enough to please any Nurgle fan. We’ve had new Daemons and Traitor Astartes dedicated to the Lord of Plagues, and now we’ve got a host of repulsive mutants and renegades to join them. Led by the hulking Vulgrar Thrice-Cursed, this kill team looks at the low-level horrors of Nurgle – the skittering beasts, strange breeds of Nurgling and shambling infected who are bursting from starships across the Imperium. 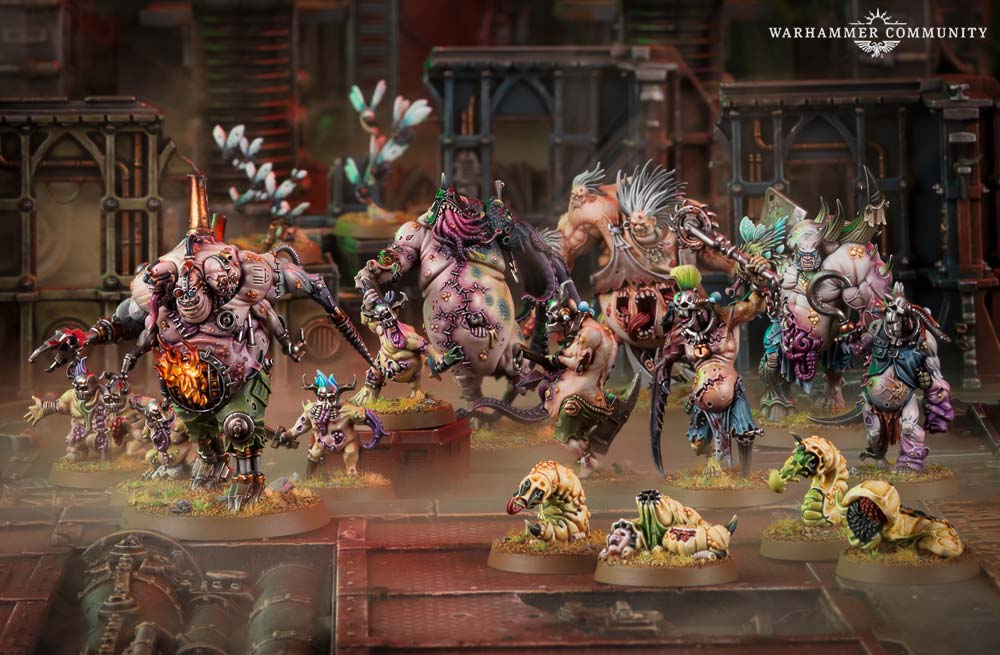 You’ll have loads of flexibility when using these kill teams in your games, with both Commanders featuring customisable abilities and skill trees, and a variety of options as to which members you take on your missions. One battle might see you bring a trio of brutish Hullbreakers, while in another you could claim victory with a horde of stinging Cursemites and Sludge-Grubs – and we haven’t even gotten into each kill team’s Tactics!

We meant it when we said this expansion was packed with content – it also features two new Killzones for your games! Both are perfect for players looking for a Kill Team board they can travel with, making incredibly effective use of only a handful of terrain pieces and a new set of rules for fighting in ultra-confined spaces. 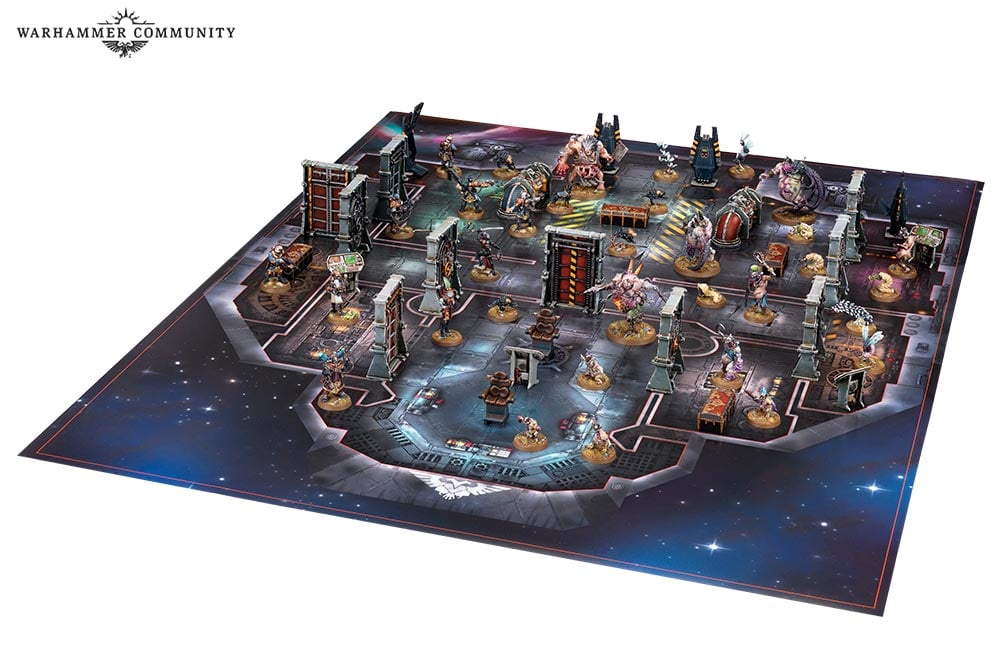 We know fans have been waiting for years to see Rogue Traders in Warhammer 40,000, so we’re making them available for your mass battles as well as your Kill Team skirmishes. The Rogue Trader boxed set features two mini-codexes for allying your Elucidian Starstriders and Gellerpox Infected with your main army, each with their own unique Stratagems (and more than a few devious tricks up their sleeve). 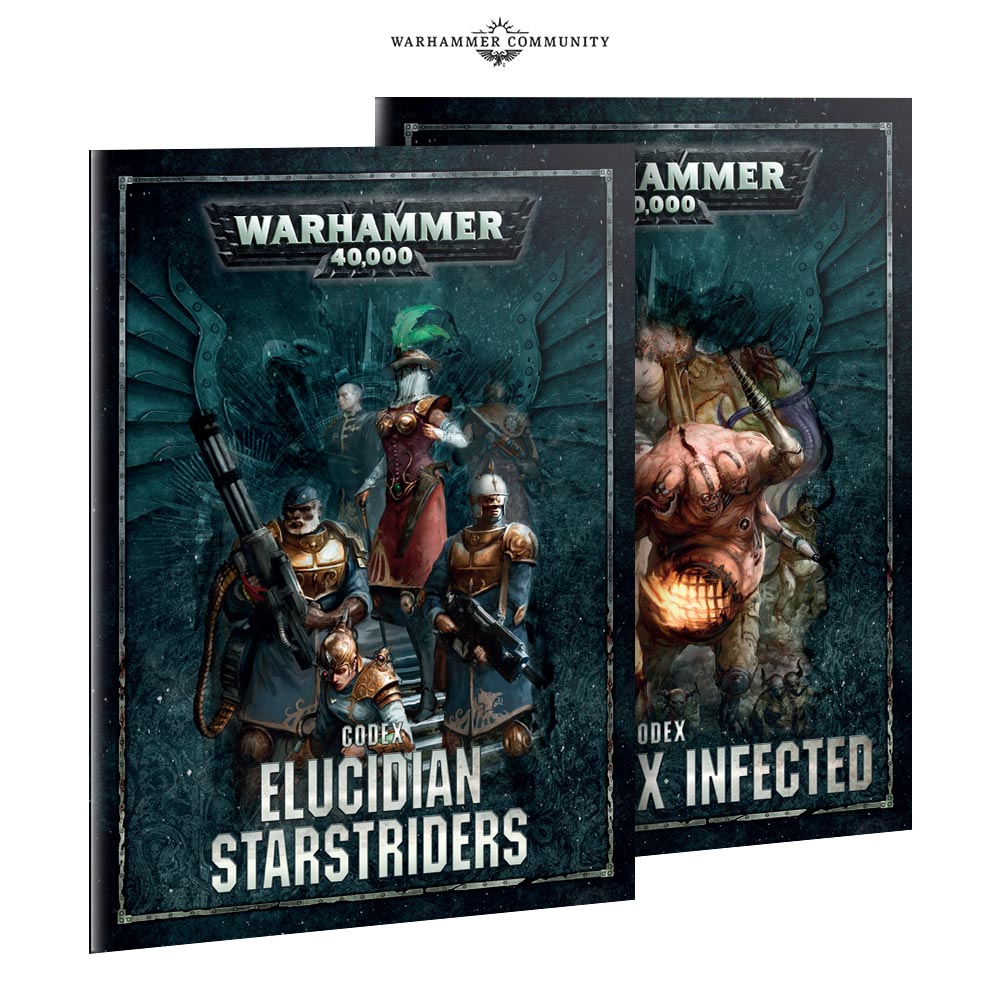 Kill Team: Rogue Trader will be available to pre-order on the 8th of September, alongside special dice to match each kill team in the box, with the set hitting shelves near you a week after that. We’ll be previewing the box contents in detail on Warhammer Community throughout next week – so stay tuned.