A long time ago, in the World That Was, a tome was published that gave us our first glimpse into the Realm of Chaos

Slaves to Darkness was the first volume of a duo of books that detailed the Chaos Gods, Daemons and the Realm that they inhabited. The two original Realm of Chaos books are often heralded as two of the most important books to come for Warhammer and 40k, and set in place a lot of the lore and storyline that is still used in modern GW books!

Realm of Chaos: Slaves to Darkness detailed two of the Chaos gods, Khorne the god of wrath and blood and Slaanesh the god of excess and rapture. And if that sounds strangely familiar after the massive Nova preview seminar, then it’s because it looks like Games Workshop are going back to this book as influence for Realm of Chaos: Wrath and Rapture!

Even the logo seems to be a modern take on the old Slaves to Darkness one, but what I find the most interesting is that it features both of the gods from that original Realm of Chaos book – Khorne and Slaanesh.

Throughout the Age of Sigmar storyline we have slowly learned about what happened to Slaanesh after it gorged itself on the souls of Aelves consumed during the End of the World That Was. Imprisoned in the space between realms, and used as a source of Aelven souls by the Aelvish pantheon, Slaanesh has been slumbering and shackled, unable to make it’s mark on the mortal realms.

But that’s not to say Slaanesh’s followers have been silent.

Without their god, the followers of Slaanesh have split into separate bands, seeking their deity, or becoming false prophets themselves. It seems that the various leaders of these bands do not see eye to eye, and differences of opinion are abound between them all. 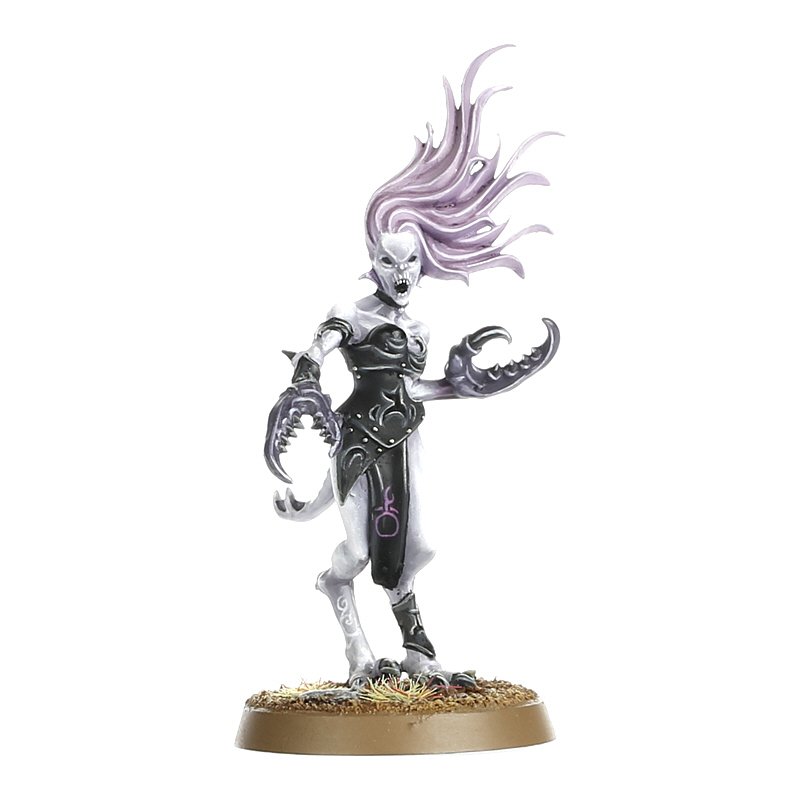 The last we saw, during the Malign Portents that an Exhaulted Herald had learned the location of the Youngest God and was driven to be reunited with it.

Morathi had also (unknown by the other Aelven powers) had disrupted the bindings of Slaanesh so that she would get the choice souls before the others.

However I think the event that will free Slaanesh from its prison entirely will be Nagash’s Necroquake.

When the Lord of Death unleashed his Grand Work upon the Mortal Realms, the shockwaves of magic had unintended repercussions. Unstoppable spells rampages across the realms, and a blast of magic caused damage to the very fabric of reality. Some whisper that agents of the Horned Rat had meddled with Nagash’s Grand Work, and others ponder that perhaps the God of Change was behind the actions of the rat-folk. Either way, Nagash’s plan was ultimately successful, however could it be that such a seismic magic event could release the locks of an imprisoned entity of Chaos? I’d say chances are very likely… 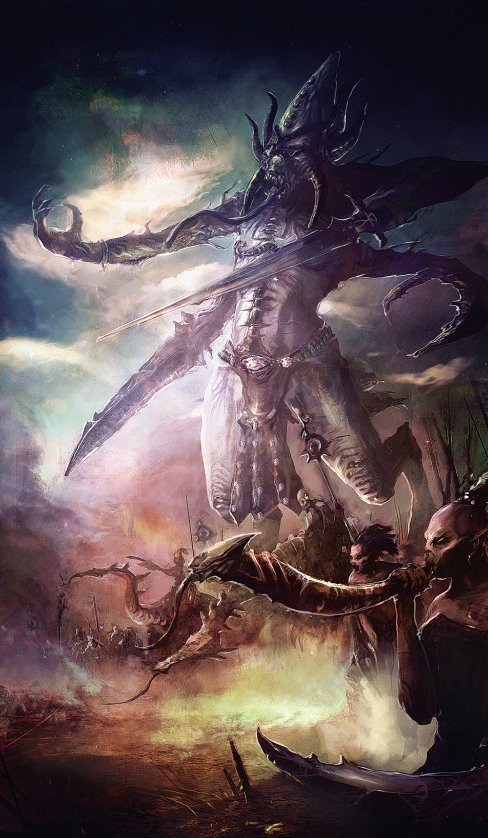 So what does this mean for us, the followers if the Dark Gods?

Well, we don’t yet know what from Realm of Chaos: Wrath and Rapture will take- but if I had to guess I’d say either a boxed game or a source book (or if we are really lucky it will be both!)

A boxed game would be a great opportunity to introduce some new models such as Fiends of Slaanesh and Flesh Hounds, both of which could do with new plastic kits. Recent boxed games have also included new character models, which is something both Daemon factions would gladly add to their hordes!

It’s also a very good chance that we will get a plastic Keeper of Secrets. The other 3 gods now have excellent kits for their greater Deamons, and it would not surprise me if it borrows some design elements from the Forge World Exhaulted Keeper

Another possibility is some brand new creatures we have never seen before, this gives us new things to buy and new tactics for use with them!

If we get an initial Khorne Vs Slaanesh boxed game, then I imagine a Slaanesh battletome would not be far behind. Likewise if we got any new daemons then I could see them also being present in an Emperors Children Codex for 40k if such a thing was to ever arrive…

It is an exciting time for followers of She Who Thirsts, and the worshipers of Khorne are also bound to have things of interest in Realm of Chaos: Wrath and Rapture!

We are looking forward to this release very much, and I am excited about expanding my daemonic hordes even further!