Hello again sports fans! We are back with an unboxing of the new Khorne Blood Bowl team the Skull-Tribe Slaughterers and their accessories and Spike! Magazine issue 13! Massive thanks […]

Blood for the Blood Bowl? The Skull-Tribe Slaughterers

It’s been a while since we have had a new team released for Blood Bowl – non since the release of the new edition of the game last year! But […]

How To Train Your Skull Host of Khorne

How to train your Skull Host of Khorne The Mortal Realms are filled with a multitude of big gribbly beasties, horrific daemons and creatures of nightmare – but none are […]

In our latest battle report, Jay fields his Blood Angels against Matt’s Daemon force of Khorne and Slaanesh! 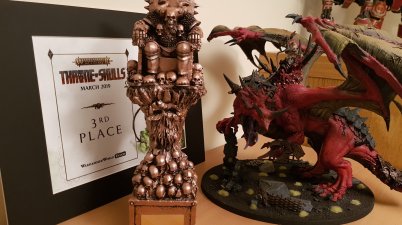 Skulls for the Skull Throne! Age of Sigmar: Throne of Skulls March 2019

It’s crazy to me now that until last year I had never entered an official Games Workshop event! Warhammer World is a little over an hour away, but I had […] 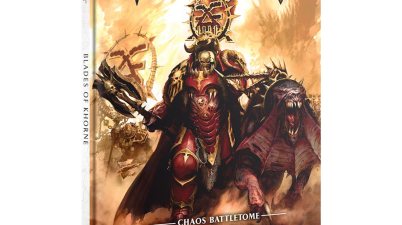 Blades of Khorne and Siege of Terra: Solar War up for Pre Order today!

Blood for the Blood God! Skulls for the Skull Throne! The latest Age of Sigmar Battletome is now available to pre order alongside a host of new kits! If you […]

Next Week: Blades of Khorne (also Abaddon preorder by end of the month!)

Followers of the Blood God rejoice! The brand new Blades of Khorne Battletome is up for pre order next week along with some awesome new kits! Here’s the lowdown from […]

Vorgaroth the Scarred and Skarlok Skull Host of Khorne Unboxing

A special Unboxing Day video here with Matt taking a look at the awesome dragon Vorgaorth the Scarred and Skarlok Skull Host of Khorne from Forge World!

Awesome reveal here from Forge World for an upcoming release after hitting 100k likes on Facebook… Well I never, it looks to be Sanguinious, Primarch of the Blood Angels facing […]