We thought we would share a quick guide on how we painted the Ultramarines Primaris Space Marines from the Warhammer 40k 9th Edition Indomitus Launch Box. Here we go…

For the most part, all the models were fully assembled prior to priming. The only exception were the shields on the Primaris Captain and Bladeguard Veterans, these were primed and painted separatly before being attached to the completed model.

Once this was dry, all the models (with the exception of the Chaplain and Judiciar) were sprayed using Macragge Blue spray.

The blue Power Armour was completed using the following steps :-

The black Power Armour of the Chaplain and Judiciar was painted as follows :-

There are two methods for painting the gold details on these models. The first applies to the gold detailing on the Stormshields, Banner and armour trim on the Chaplain and is done as follows :- 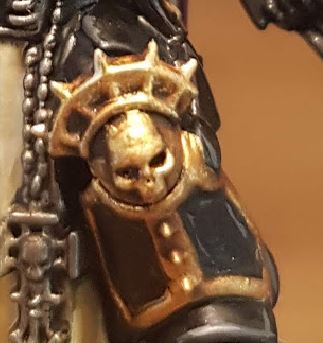 The second method applies to all the other gold details such as the shoulder pad trim, chest eagles, weapon pommels etc.

To paint the white armour, such as the Bladeguard Veteran helmets and shoulder pad trim I used the following method :-

The tabards and robes were painted as follows :-

The brown cloak of the Judiciar and the brown belts on some of the models wer painting in the same way. 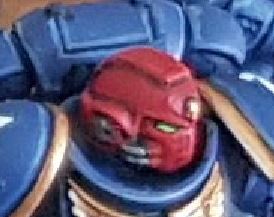 The Purity Seals were painted as follows :-

The Eye Lenses were painted as follows :-

The skin is quite easy to paint, you just have to make sure you use multiple thin layers to build up a nice smooth finish :-

The Stormshields were painted separatly and then attached to the finished model using the following method :-

The bases were painted using the following technique :-