Awesome news everyone! Thanks to an image shared by Doug Craig on the Great British Hobbit League Facebook page we know what’s coming in the next wave of Middle Earth releases on the 24th November! 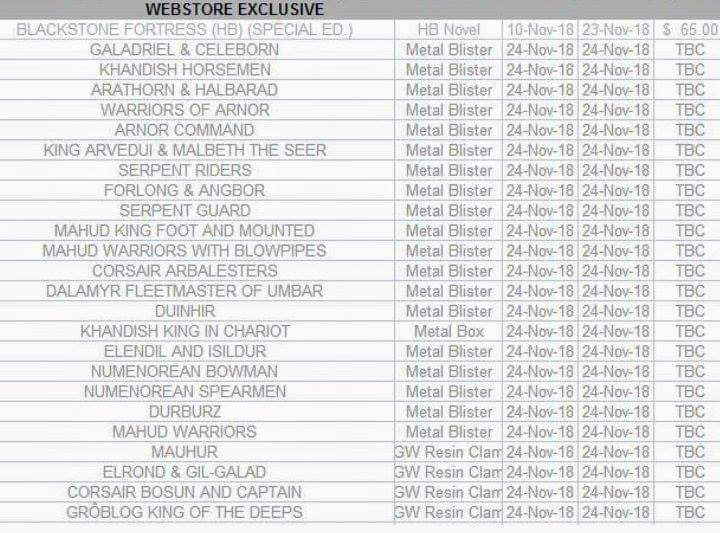 Loads of awesome stuff on the way including the return of some very rare models such as the Muhad, Corsairs, the King of the Deeps and Elendil and Isildur!

I have been holding off on my Far Harad army until these returned, and now have the perfect excuse to stock up with models!