Some interesting developments for Warhammer Underworlds over on Warhammer Community. Certain cards are being added to Banned and Restricted lists in order to minimise their impact in play, this is something that is often seen in card games such as Magic the Gathering and should help ensure that games of Underworlds are as balanced as possible. While this is an extra level of stuff to check in your deck, I do think this is a good thing to have in place for the benefit of the game!

Also, in awesome news there is now a deck builder!!

Check out all the info from WarCom below!

Hey guys! Today, we’ve got some important news about the future of Warhammer Underworlds Organised Play, plus a cracking new free tool for you to try. Let’s get stuck in with the new rules for deck-building first…

We’ve been keeping a keen eye on competitive events across the world since the release of Warhammer Underworlds – even sending our game developers to arbitrate them! One thing we’ve noticed is certain cards popping up again and again, as well as a small number of cards having far more of an impact than was intended. This was resulting in same-y deck builds and a less satisfying experience for all players.

Organised Play is at the heart of Warhammer Underworlds, and we’re committed to keeping it as awesome as possible. 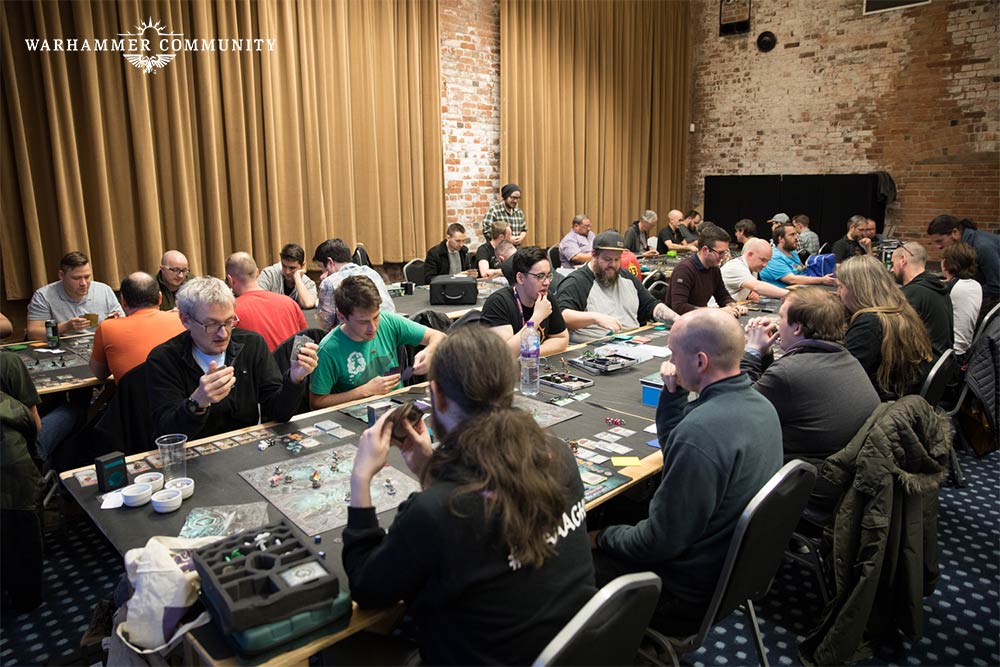 As such, we’re introducing Banned and Restricted Lists for Warhammer Underworlds Organised Play. Written in conjunction with our playtesting team, this list is designed to keep games exciting, varied and fun, and to ensure that deck-building remains an interesting and rewarding part of the Underworlds experience.

To this end, we’re introducing a Restricted List to limit your selections when deck-building for Organised Play games. Alongside this is a Banned List of cards that are no longer permitted in Organised Play at all.

Let’s take a look at these two lists:

As we’ve said above, we’ve noticed certain powerful cards cropping up more and more in top-tier decks. None of these cards are too strong individually, but collectively, they’ve been resulting in less diversity than we’d like at the top of the field. So, we’re introducing a new rule for deck-building in Organised Play events: the Restricted List. 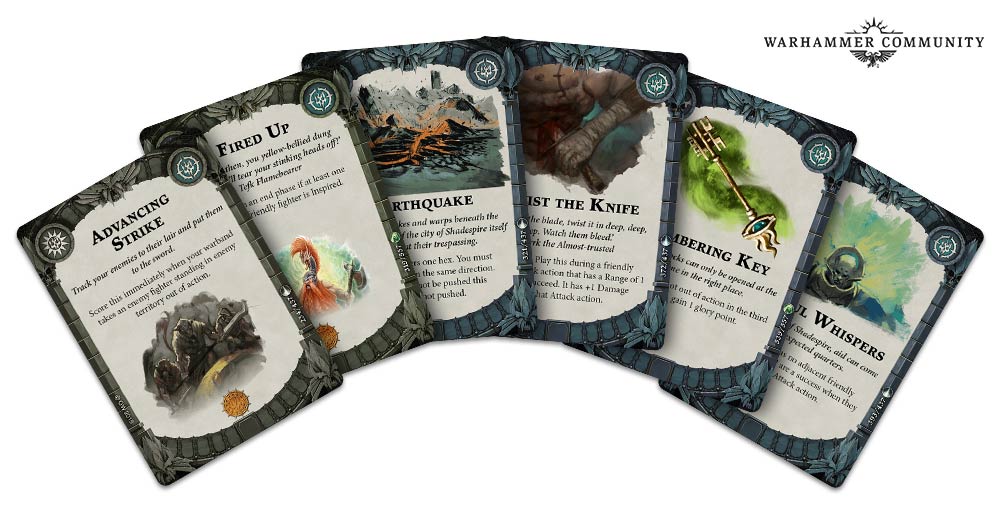 ALL of these cards are legal for Organised Play, but you’ll be allowed no more than 5 cards from this list in any combination for your deck. All of these cards are universal, meaning no individual warband is disproportionately affected. This makes for more interesting decisions when building your next Grand Clash winner.

We want to avoid banning cards wherever possible, but over the past year, we’ve had loads of feedback on three particular ploys that have been having a disproportionate impact on the game. 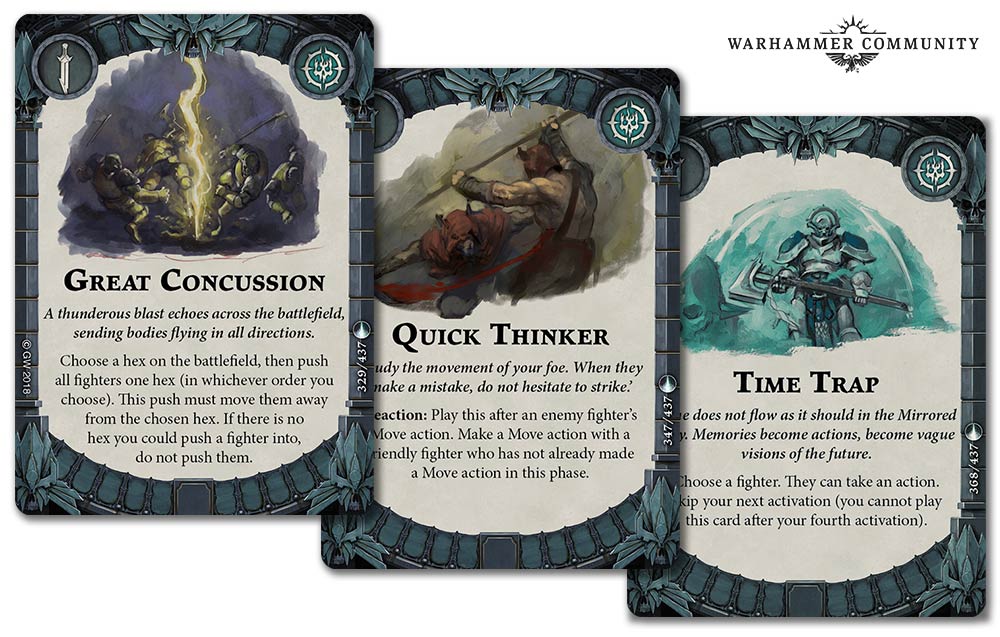 As such, we’re creating a Banned List, these are the first three inductees, meaning they cannot be included in your deck for any official Warhammer Underworlds Organised Play event. We think that taking these cards out of the game will lead to more interesting and challenging games for all players, as well as a more diverse range of decks.

We’ll continue to keep an eye on local and Grand Clashes for cards that are having too much of an impact on the game, but we hope to only very rarely need to update the Banned and Restricted Lists. And, of course, we’d welcome any feedback from you, the players at whunderworlds@gwplc.com.

You can download the latest Banned and Restricted Lists below:

We want to make sure that building decks for Warhammer Underworlds remains fun, intuitive and rewarding – and so, to help, we’re releasing a new, free tool to make constructing your next Grand Clash-winning deck easier than ever. 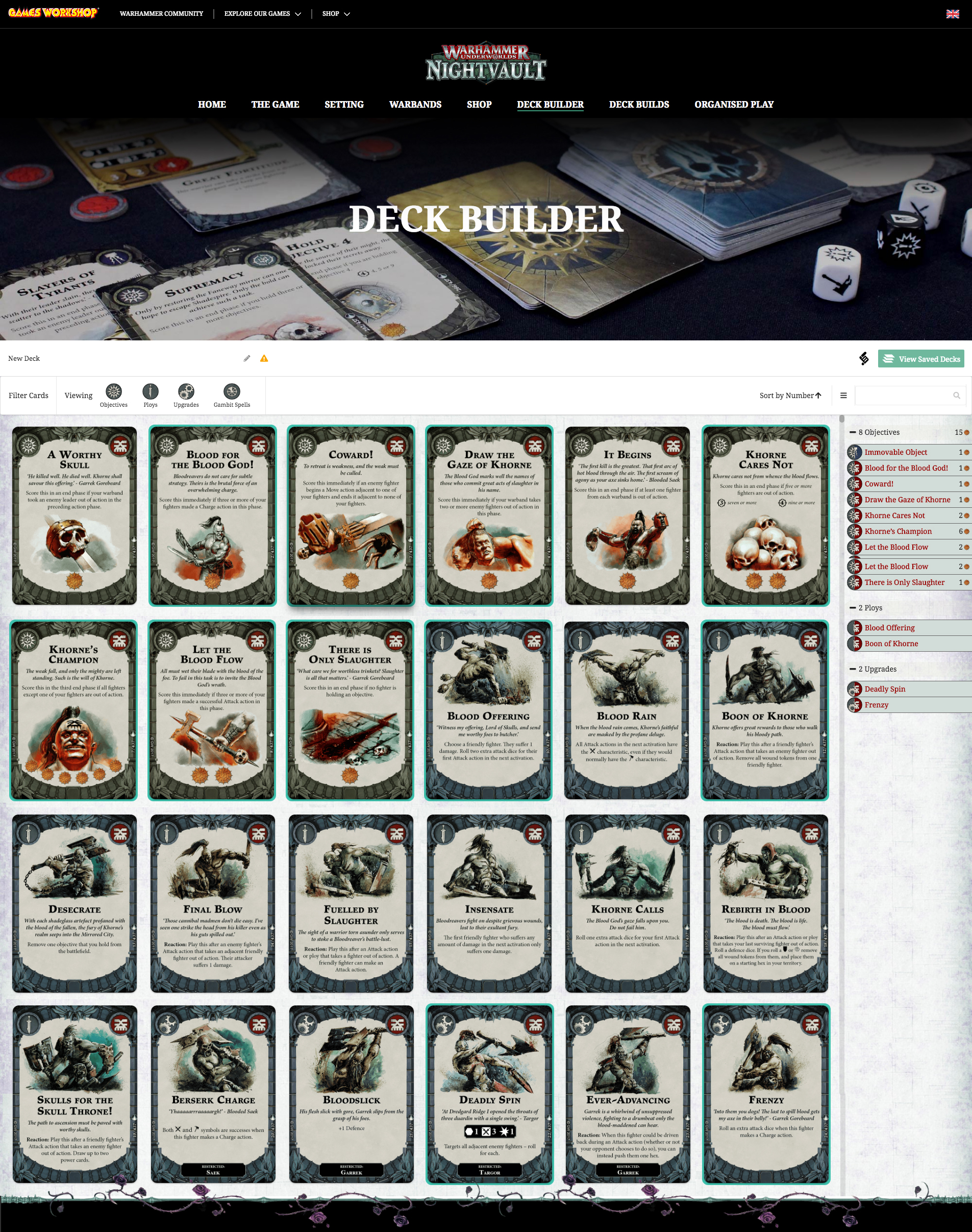 We’ve been working with him for the past several months to create a fantastic interface that will allow you to quickly make decks (including the new Banned and Restricted List rules above), save them and print them.

The result of these efforts is Deck Builder.

Here’s what Josiah had to say about the process:

Josiah: The Warhammer Community team has been awesome to work with and has taken my original app and dialled it up to 11. They’ve got the resources to do more with Deck Builder than I ever could, which also means I can spend my free time painting Zarbag and friends instead of fixing bugs.

I’ll still be roaming the Boston tournament scene here and there and will be at Las Vegas Open for the Warhammer Underworlds Grand Clash. Special shout out to my friends and deck-testing opponents and to Zach at Warhammer in Brookline, MA and the Underworlds crew there.

You’re probably keen to get stuck in and start building your decks right away, and we won’t stop you!

For future reference, you’ll find the Deck Builder on the Warhammer Underworlds website, and if you’re looking to get involved in Organised Play, you’re in luck – the latest prize pack is particularly cool. Check it outand see what you can win!