Today’s pre order’s are up and this week it’s Kill Team: Commanders! 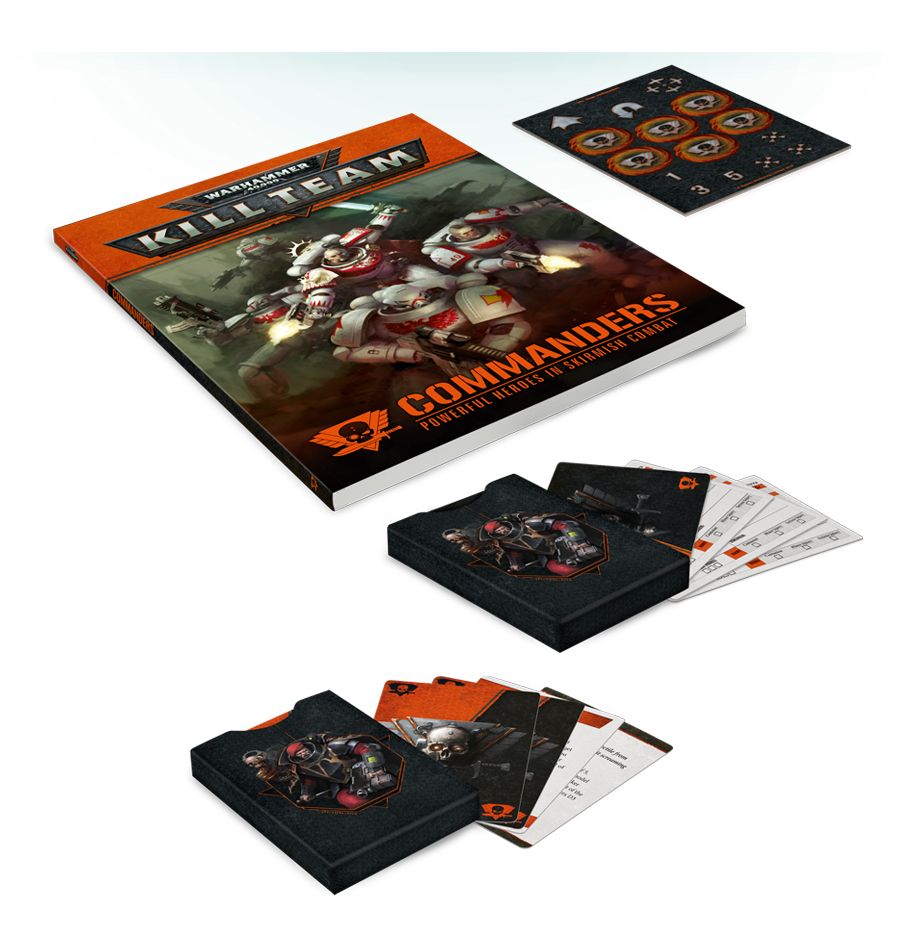 Some warriors are destined to bear the mantle of command. Whether hardened veterans, inspirational orators or blood-hungry champions, these leaders are worth many times their number, possessing the might and sheer force of will to change the course of battle in an instant. These legendary commanders instil dread in their enemies just as they inspire fierce loyalty in their comrades, tipping the balance of entire war zones and turning impending routs into triumphant victories. No matter their chosen expertise, all are exemplars of their kind, the embodiment of their Faction’s martial strengths.

Kill Team: Commanders is an expansion for Warhammer 40,000: Kill Team, introducing elite war leaders and experts in the art of battle – Commanders. It contains all the rules required to add these powerful hero characters to your Kill Team battles and campaigns at a variety of balanced skill levels and provides missions designed to showcase these miniatures in open, narrative and matched play. 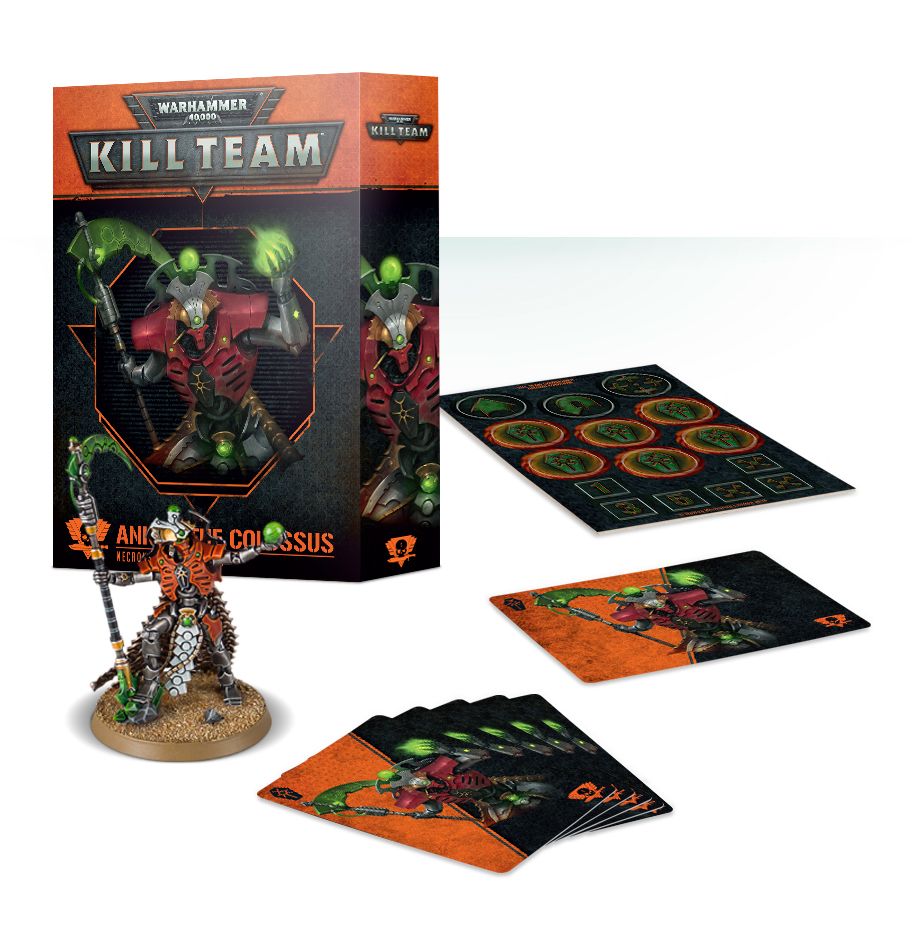 The towering Necron Overlord known as Ankra the Colossus never forgives a slight, and as he possesses a body of immortal metal, has had time enough to repay nearly every insult dealt against him. His current vendetta is against the T’au of Omis Prion, who have foolishly interrupted his search for the laboratories of the Triumvirate of the Crimson Sceptre. Ankra has resolved to settle this matter in person, telling himself it will be more efficient that way – though in truth, it is just as likely he wishes to feel the splash of hot blood upon his metal body once more. 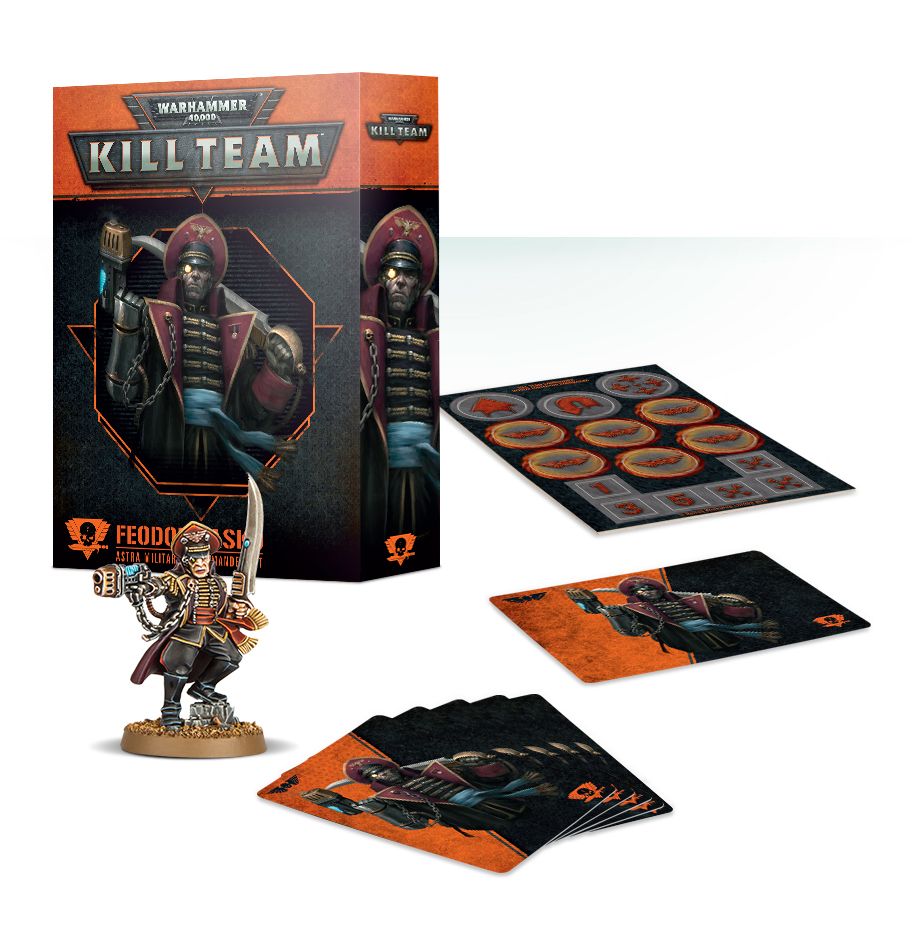 Feodor Lasko is despised by thousands of Astra Militarum in the Vigilus System, for he has a reputation for making callous, spur-of-the-moment executions – his role, however, is as much warrior as disciplinarian. Drop Force Imperator of the 46th Zetetic Tygers have been engaged in a running battle against a monstrous predator – the kind that claimed Lasko’s eye and right arm on the nearby planet of Densa Grande. He torched that beast with his plasma pistol and hopes to achieve similar results on Vigilus. 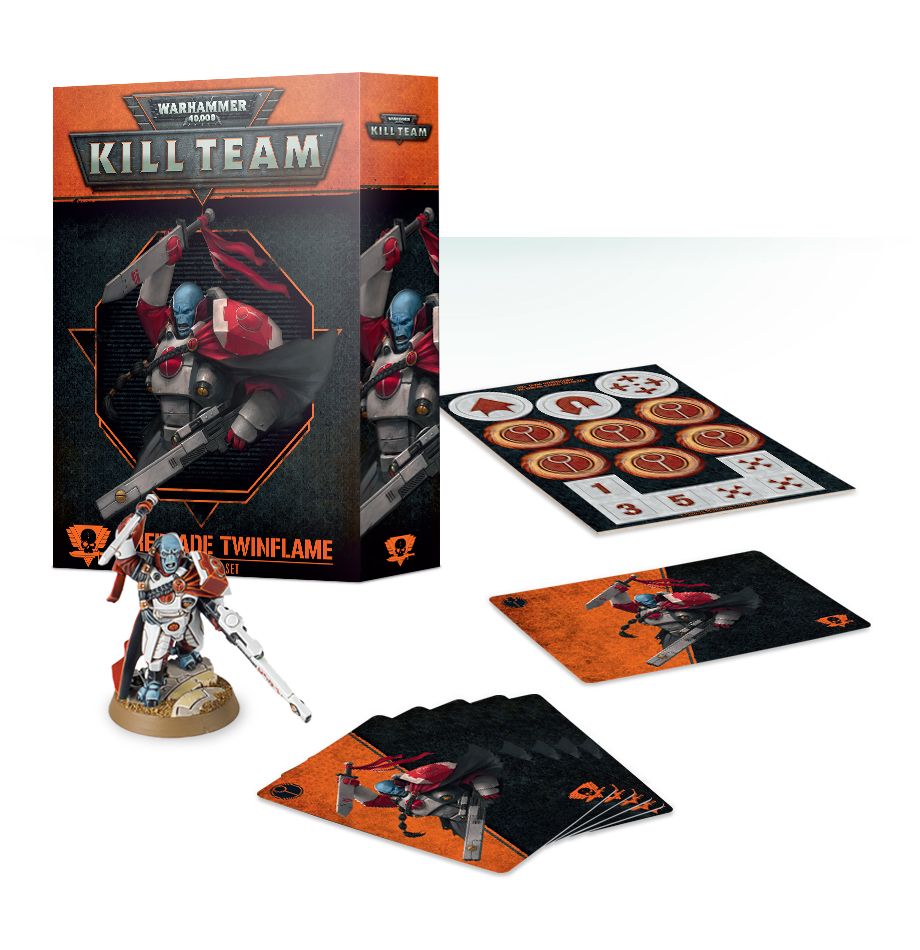 Shas’nel Twinflame specialises in infantry close assault. It is he that trained Advance Team Starpulse in the academies of Vior’la, and he that tempered their hot-blooded hunger for battle with the strict discipline of the Fireblade’s art. Twinflame believes that his technique of overlapping fields of infantry firepower – known as Vashi’va – has the potential to save the lives of thousands of future Fire Warriors and Pathfinders. He leads Advance Team Starpulse to war hoping to prove his theory sound. 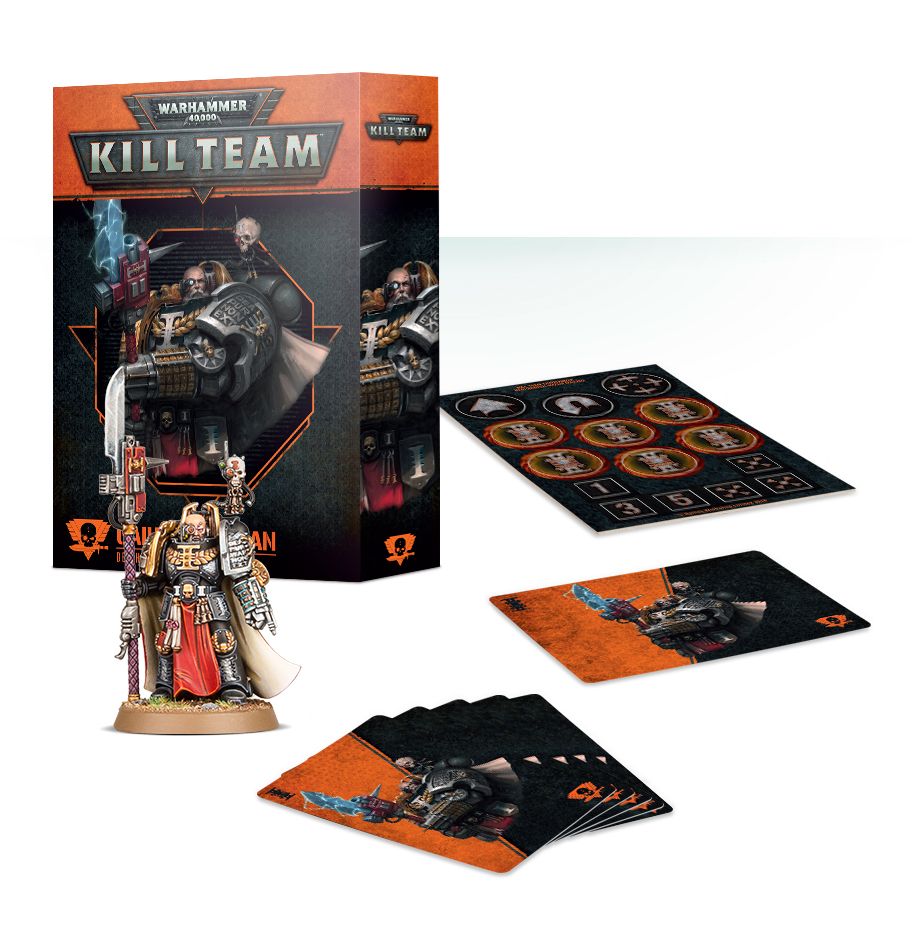 Even before he rose to lead a brotherhood of the Deathwatch, Acastian of the Ultramarines was known for his calculating demeanour. It is said that he can calculate the number of warriors needed for a victory with but a quick glance at the battlefield. With the resources of an entire Watch Fortress at his disposal, he has waged war in the Vigilus System, personally leading 8 missions to victory, most recently crossing swords with the Drukhari. 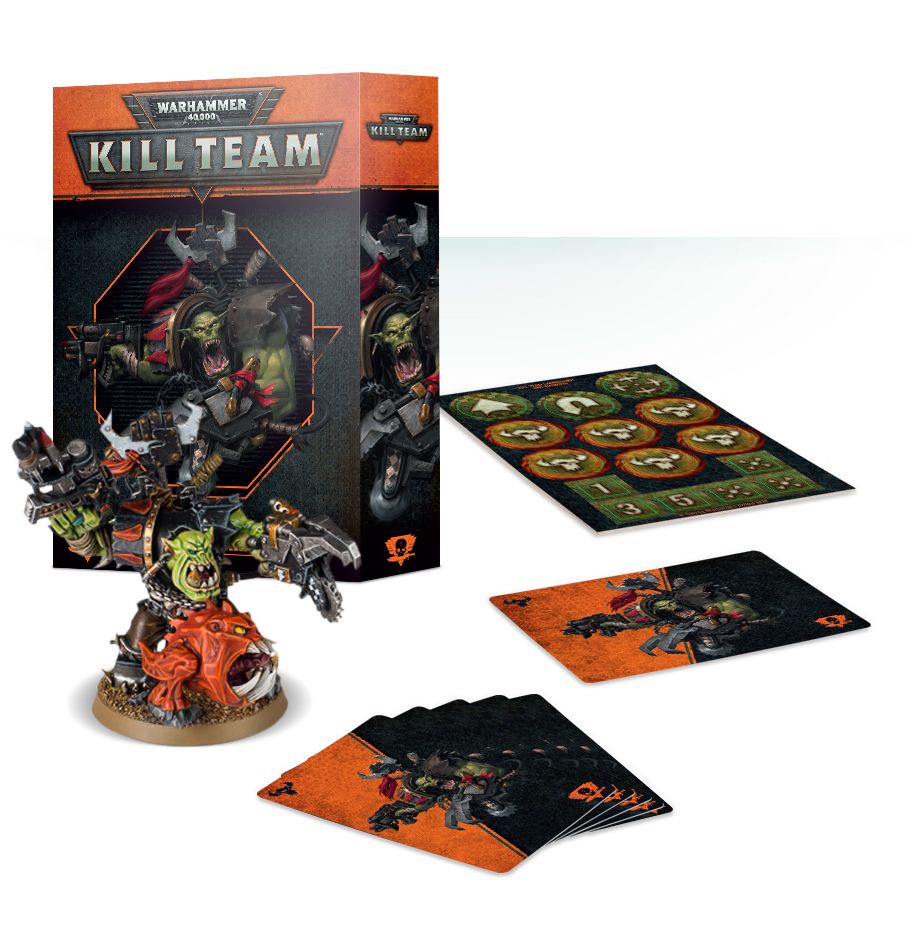 Gitzog Wurldkilla has had enough of his vanguard forces having all the fun. Rumours have circulated back to him that his old mate Krogskull has got ahead of him and is burning stuff before it can be properly looted. Gitzog knows his Waaagh! will lose momentum if all the good scrap sites are on fire, so it’s time to bash some heads together and get everyone back in line. Anyone in his way will be shot, eaten by his squiggy beast Redfangz or cut to chunks by his shearing power klaw. 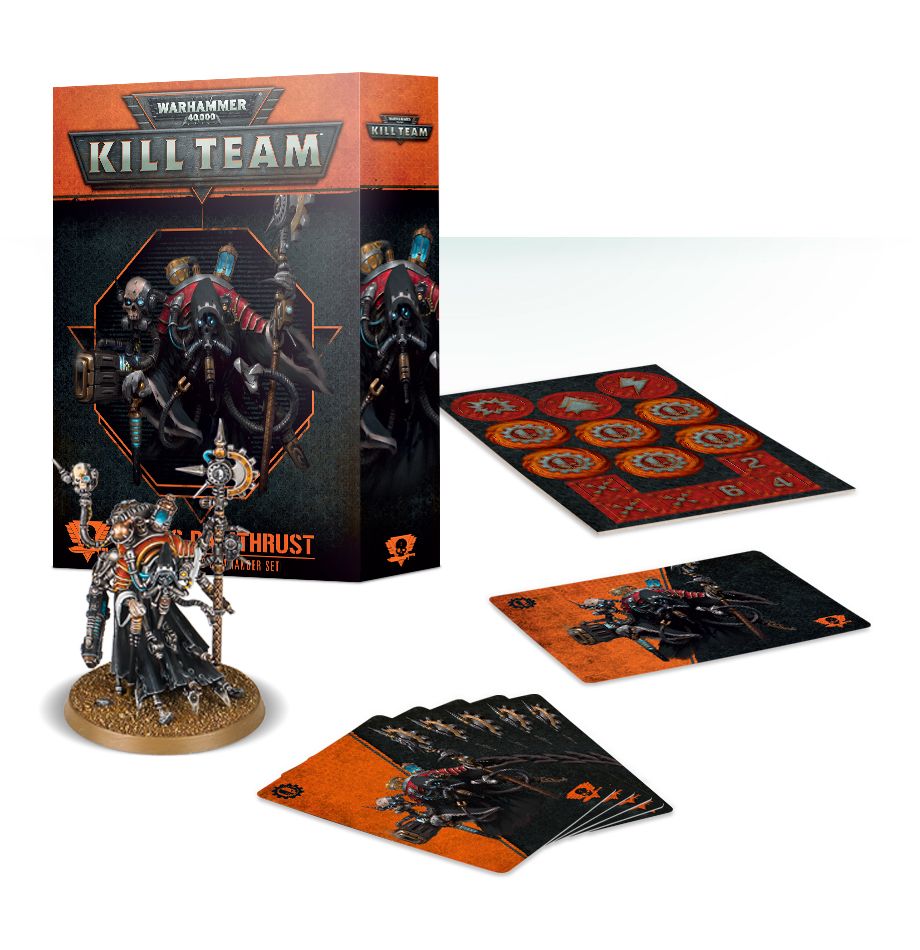 Always watching, always studying, Magus Dalathrust is an unblinking spider in the tangled webs of Megaborealis. It is his desire to unlock the secrets of the alien technology that lies beneath Vigilus’ skin. He has determined that the Skitarii kill team known as Gamma-Zhul 881 are the most likely of their kind to survive fierce resistance, and he has commandeered them as a bodyguard as he peels back the layers of mystery that shroud the planet – killing anyone that stands in his way. 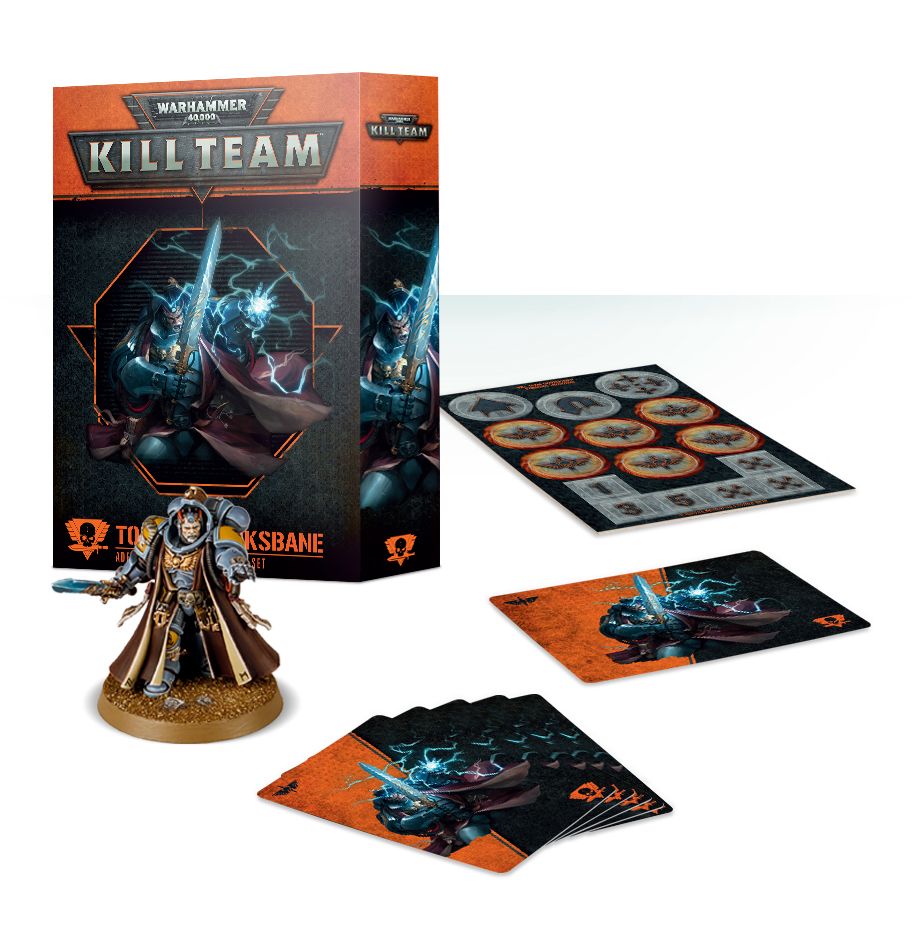 Torrvald Orksbane is a psyker of impressive power, able to conjure blizzards of destructive energy from the air and send bolts of freezing cold crackling from his fingertips. He has a knack for hunting Orks, saying he can ‘see’ their raw aggression on the wind – as a Space Wolf his every sense is sharpened, and as a Librarian, that includes those beyond mortal capabilities. When the force fields that protected Megaborealis went down, Torrvald lived up to his name, seeking out the Reivers known as the Fangs of Ulfrich before taking the fight to the Orks in the borer-hives. 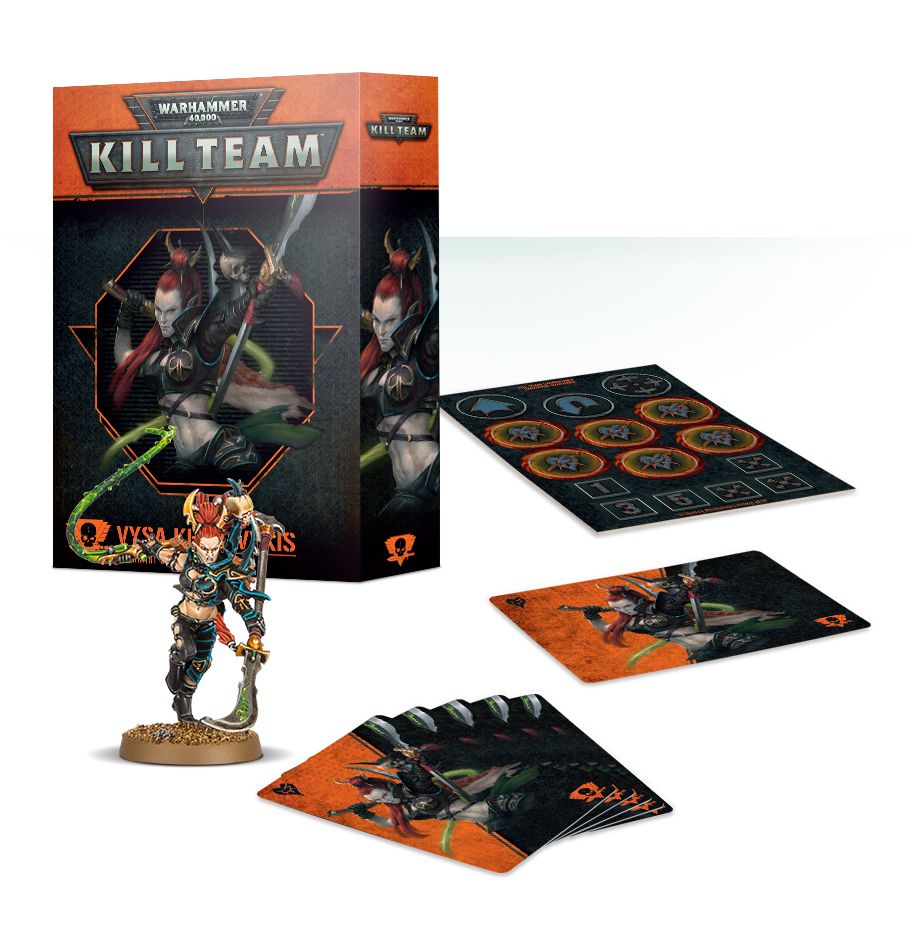 Vysa Kharavyxis was once a favoured champion of the Crucibael, bestowed the rank of Succubus by Lelith Hesperax herself. Gored to death by a tentacled Mortipod in the contests of the Wych Cult of Strife, then resurrected by her flesh-surgeon accomplices, Vysa hunts new beasts and warriors for the arena, refining her duelling technique against them before they can reach the Dark City – and the show begins for real.