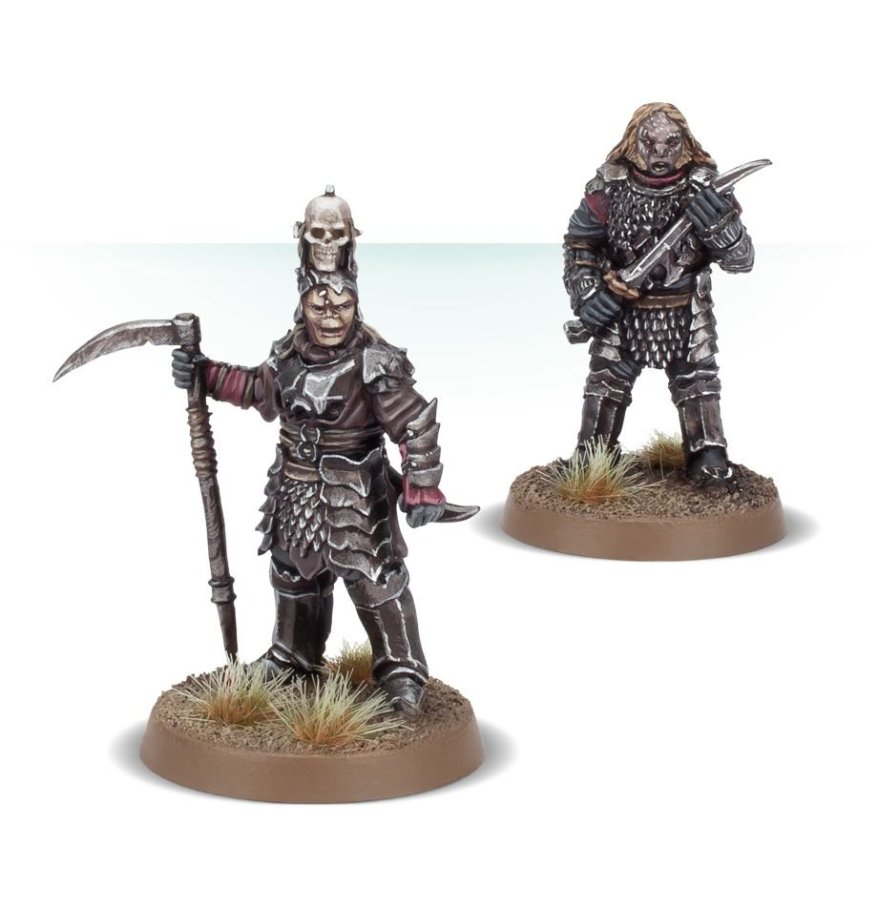 Under the command of Gothmog, Guritz is given the task of organising the reserve forces at the battle of Pelennor Fields, directing Sauron’s forces to where they were needed most to crush the armies of Gondor. A calculating Orc, Guritz has had plenty of experience in war, having fought in countless battles across the Third age.

Unlike most Orc Captains within the Mordor armies, Gothmog’s Enforcer often shies away from a fight and did not claim his position through strength or by vile atrocities committed in the Dark Lord’s name. Instead, it was this Orc’s unwavering loyalty to Gothmog that saw him rise to the post he now holds.

This multipart resin kit contains the components necessary to assemble Guritz & Gothmog’s Enforcer, 2 hero miniatures to add to your Mordor army list. Guritz comes with a two-handed pick and sword, while Gothmog’s Enforcer simply carries a sword. These miniatures come as 6 components, and are supplied with 2 25mm round bases.