This weeks Pre Orders are up, and there is loads of awesome stuff on the way!!! 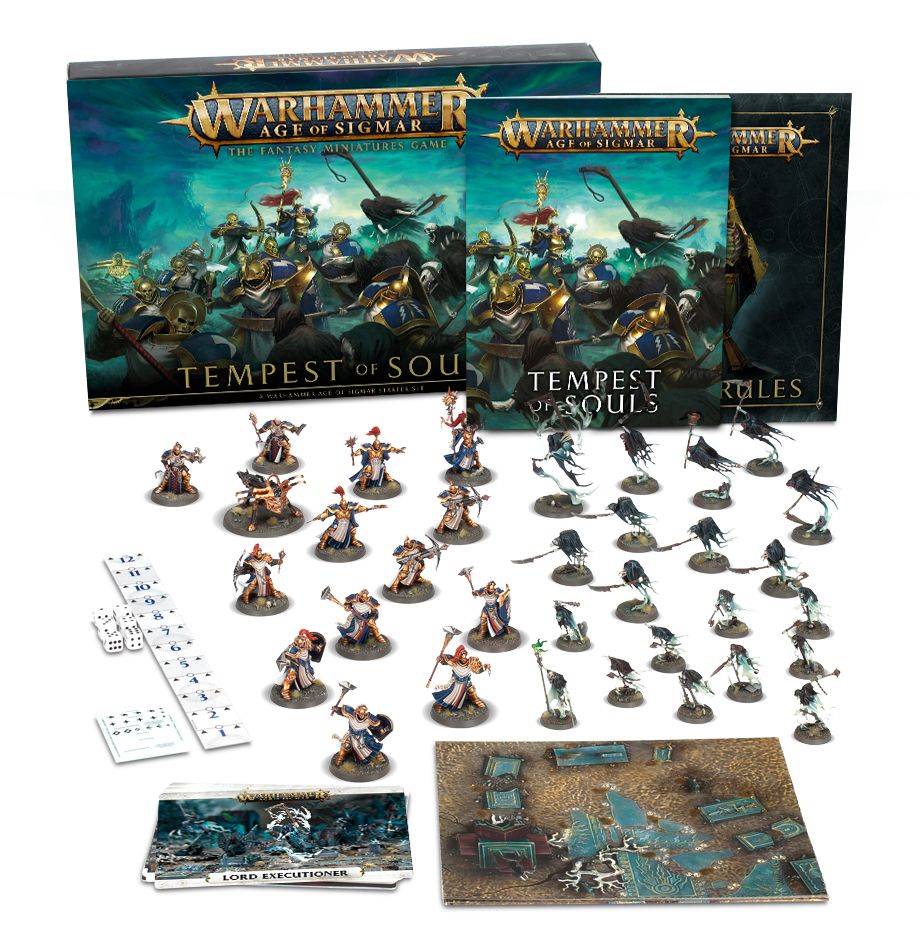 A perfect introduction to Warhammer Age of Sigmar, and the wider hobby of collecting, building, painting and playing with Citadel miniatures, Tempest of Souls is a starter set packed with miniatures, rules and accessories that will have you up and running in no time. It includes 32 miniatures split across the factions of the heroic Stormcast Eternals and ghastly, undead Nighthaunt – mortal enemies locked in unending combat – along with detailed guides on assembling, painting and playing with them 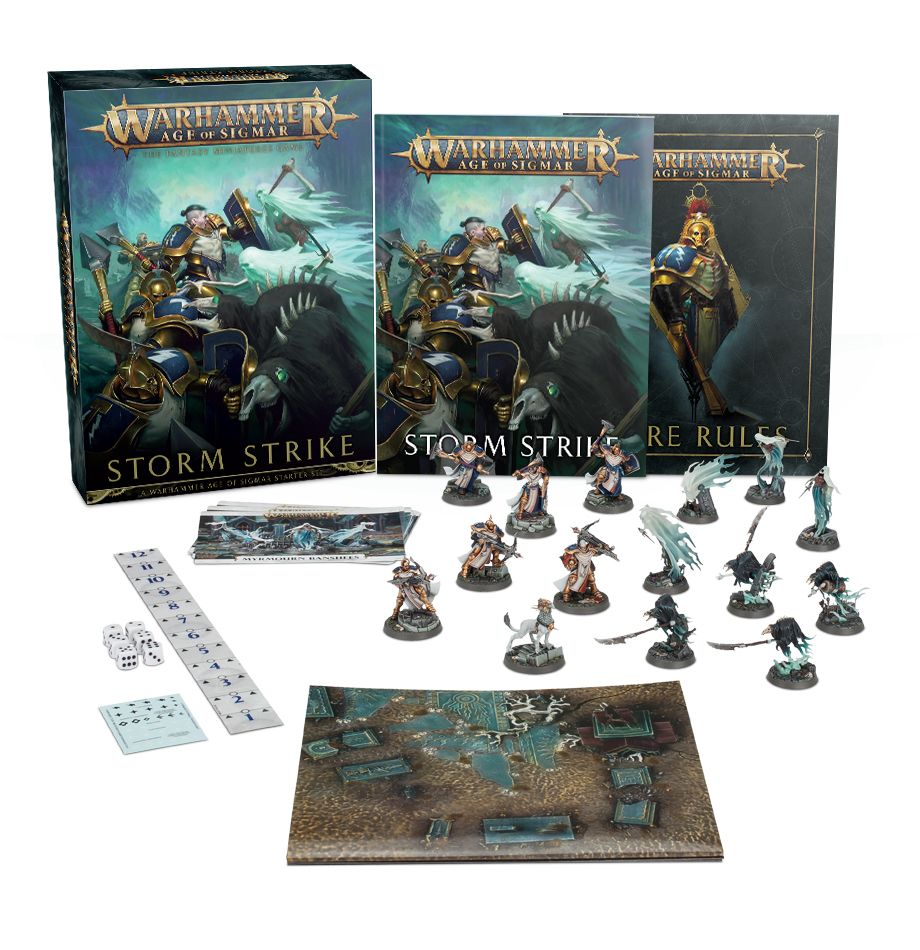 Ideal for those new to Warhammer Age of Sigmar, and the wider hobby of collecting, building, painting and playing with Citadel miniatures, Storm Strike is a starter set containing 15 push-fit miniatures split across the factions of the heroic Stormcast Eternals and ghastly, undead Nighthaunt – mortal enemies locked in unending combat – along with detailed guides on assembling, painting and playing with them 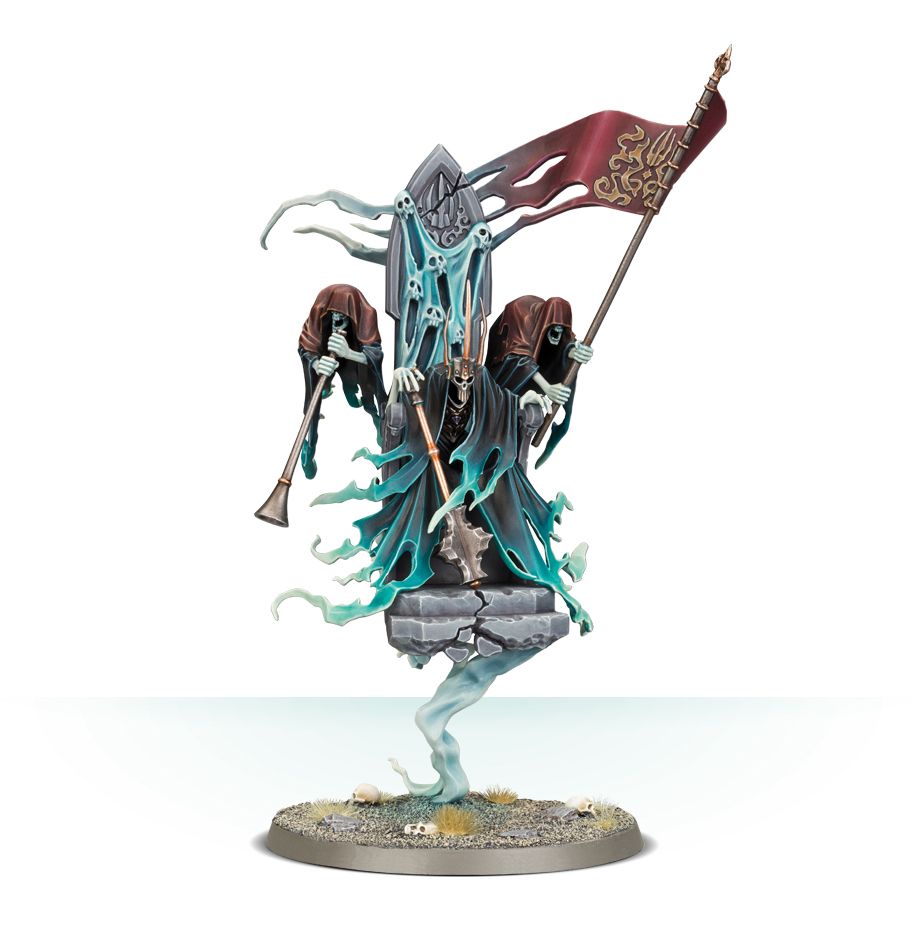 In life, Kurdoss Valentian had a ruthless desire to rule, and many were his wicked deeds to secure power. Nagash ensured that his ultimate dream was secured in name only, however, making him little more than a strongman fated to always follow the lead of Lady Olynder. The dire presence of Kurdoss Valentian is announced by dirgeful trumpets and grim proclamations of his basest deeds. The Craven King sits silent and motionless upon his drifting throne until he closes with the enemy, and then he wields the Sepulchral Sceptre to deadly effect, mercilessly slaying all whom his queen bids. 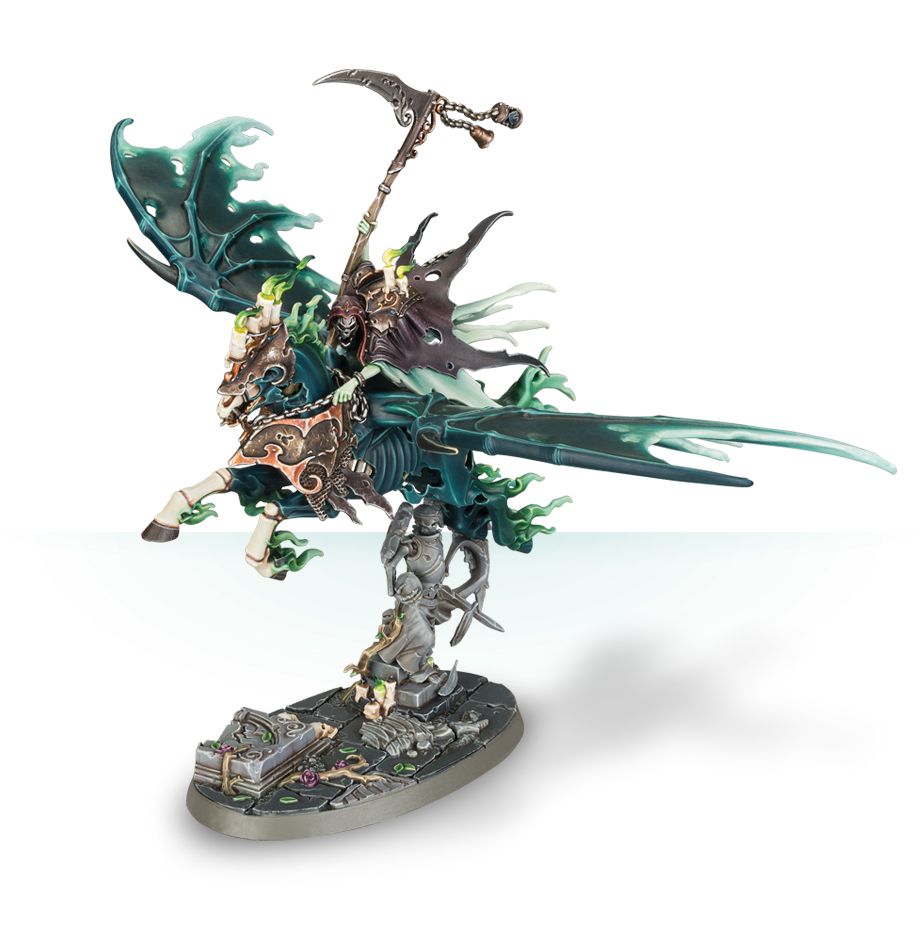 Once a sorcerer-king rich in the knowledge of amethyst magic, Reikenor ran afoul of Nagash. Now, in undeath, the Grimhailer is cursed to serve the Great Necromancer, acting as his chief reaper of souls. There are few sights more ominous than the macabre wraith-wizard atop his winged steed, lit by the eerie light of his corpse candles. Through his incantations, Reikenor can summon a wraithstorm – a cyclone of amethyst magic that stirs those souls recently separated from their bodies. His spell incites them to savagely attack their former comrades, a hurricane that hacks and pulls down the living; thus is a dark vengeance delivered to those who would thwart Nagash. 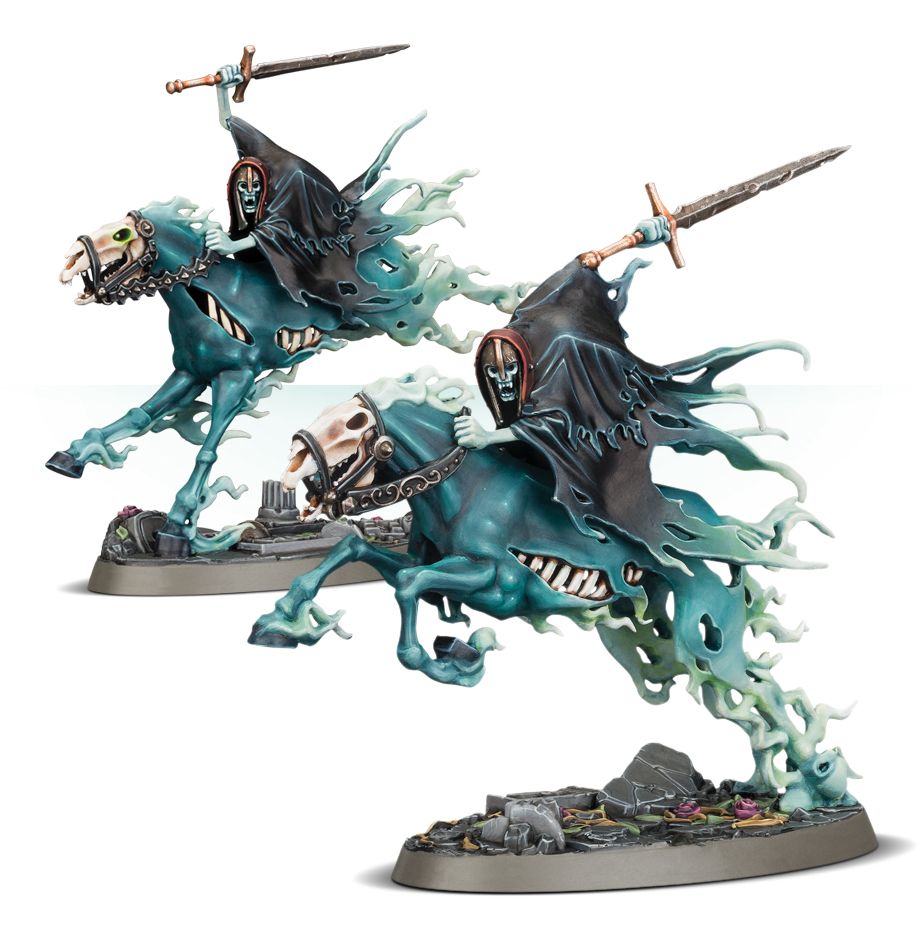 The Dreadblade Harrows are the officers beneath the Knights of Shrouds. In life, each of these wights watched their leader’s betrayal, neither helping nor hindering. Even for Nighthaunts, Deadblade Harrows are especially discorporate, phantasmal figures who can disappear and reappear at will. They are the Knights of Regret, full of bitter recrimination, who in battle serve as bodyguards and lieutenants or are despatched as outriders. Rearing upon their spectral steeds, they vanish into wisps of mist only to gallop out of thin air elsewhere to carry out the most unchivalrous commands – culling the vulnerable, cutting off retreating warriors, and other heinous tasks. 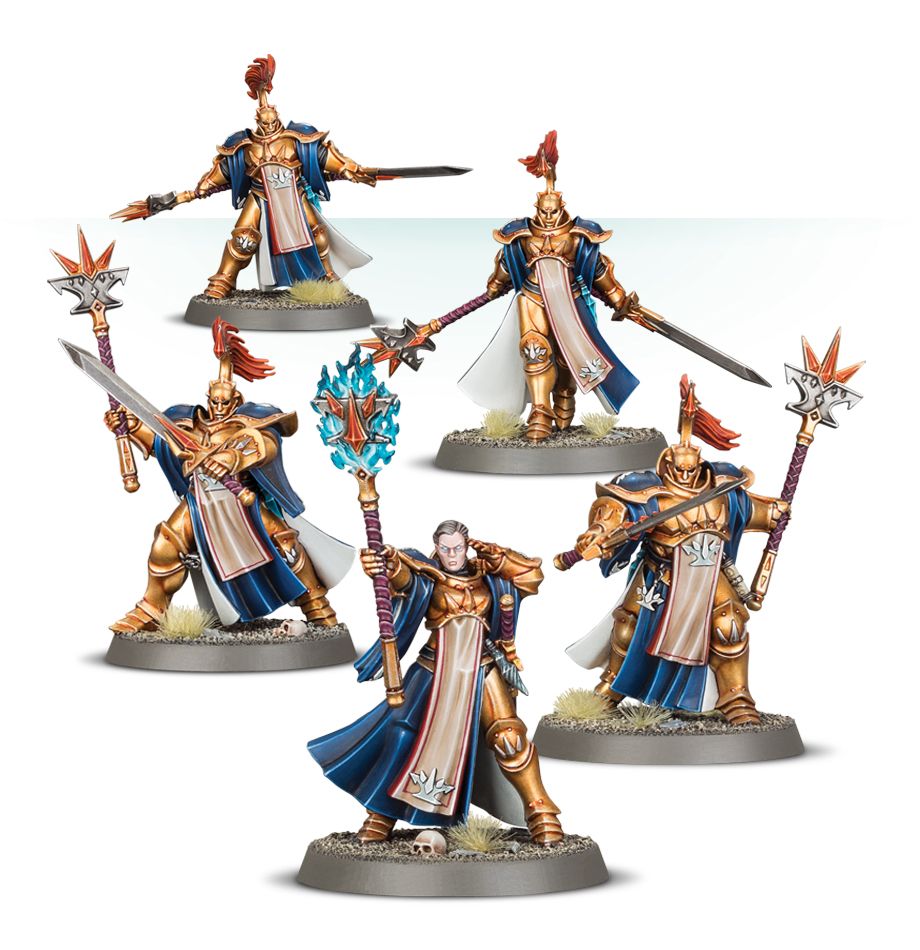 The eyes of an Evocator in full battle rage flash with sparks, and veins of lightning glow beneath his skin – the same energy that plays over his tempest blade and stormstave as he advances, arcing outward to ground nearby. These bursts are deadly, and can blacken and scorch anyone nearby if not channeled carefully and consciously – when channeled in this way, however, this energy can be used to empower the Evocators’ fellow Stormcast Eternals with Azyrite energy. When their stormstaves and tempest blades strike the foe, the captive cables of energy that link their weapons wind around the enemy, burning them to the bone before leaping back to crackle between their masters’ weapons once more. Even an orruk horde will buckle under the intensity of a massed Evocator assault. 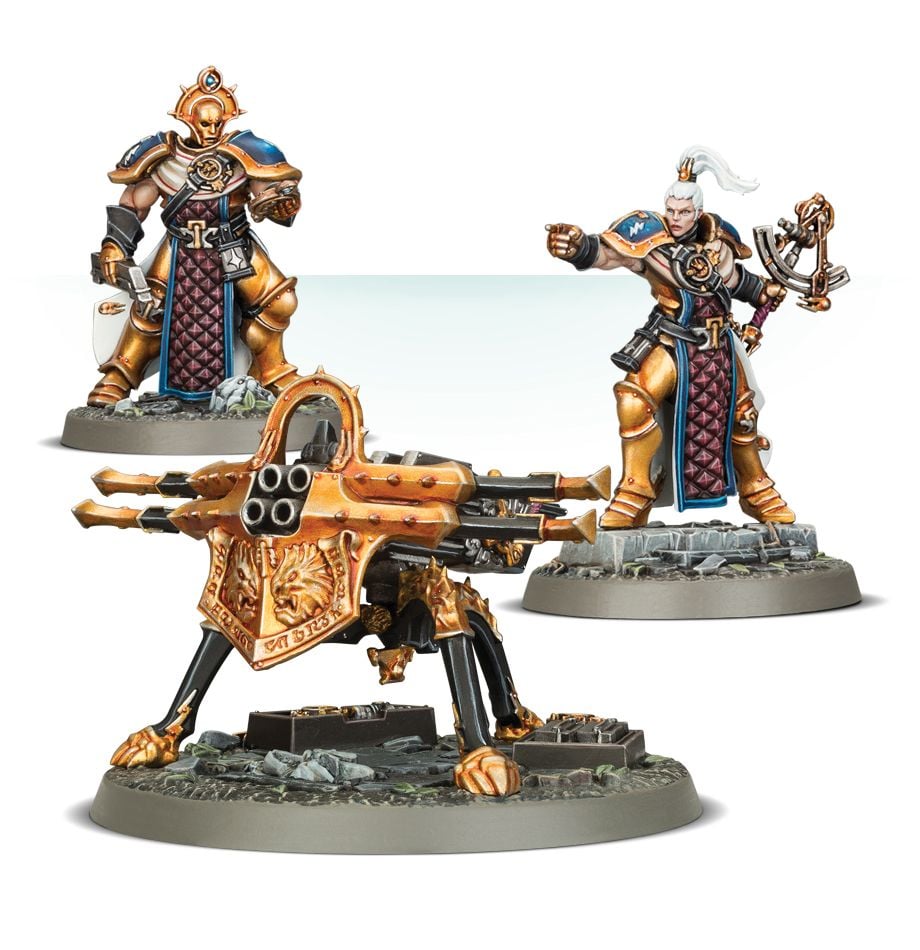 The Sacristan Engineers of the Sacrosanct Chambers hail from the Ordinatus Conclave – sometimes known as the Conclave of the Thunderbolt for the devastating effect it can have on battle. These warrior-engineers command the chambers’ magical field artillery. When a Celestar Ballista is set up to defend a sacred site, approaching too close can mean an explosive death. Their rune-inscribed projectiles are filled with coils of stray lightning coaxed down from the top of a Sigmarabulum, and are launched like streaks of blue-white energy at the foe. Should their strike be true, they will blast right through the target in a chain explosion of arcane force. 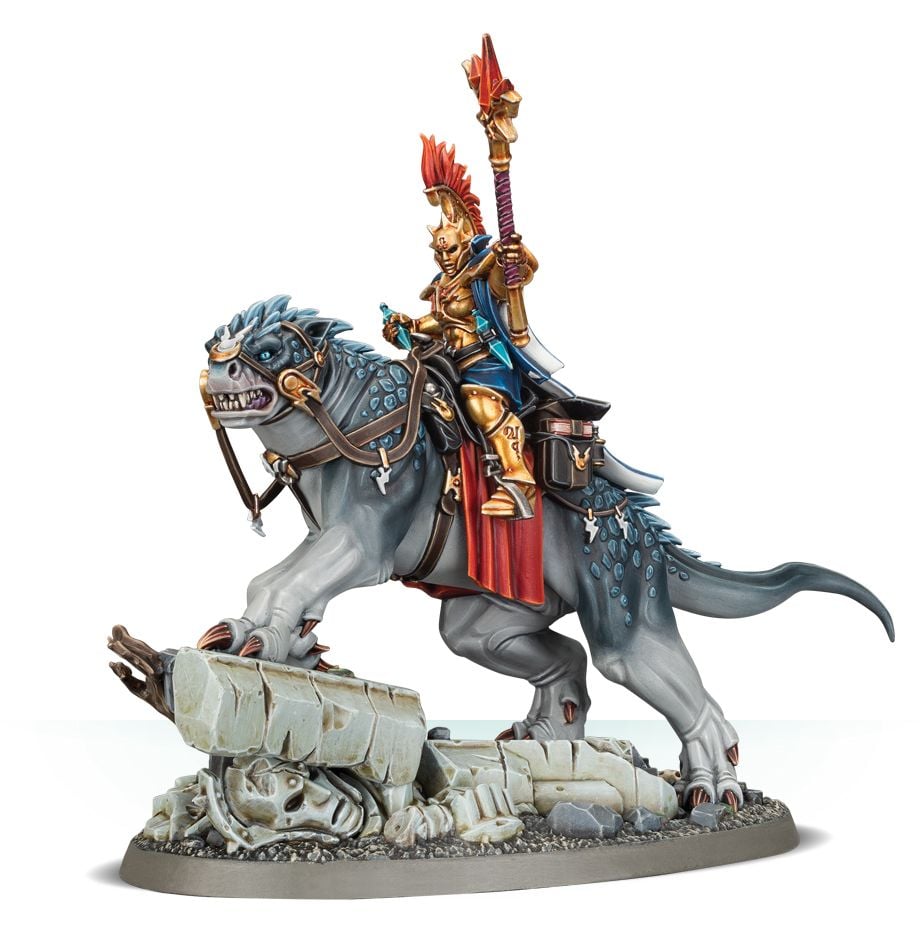 Masters of aetheric lightning who can manipulate the cerulean energy of Azyr, the leaders of the Sacrosanct Chamber are known as Lord-Arcanums. Their storm-sight allows them to see the souls of living creatures, and they can hurl destructive bolts and empower the warriors around them with but a whispered phrase. A Lord-Arcanum that rides a Celestial Dracoline to war is typically a bombastic and bellicose type. It is just as well, for the Dracoline would soon desert a rider that could not win its favour – or worse, casually disembowel them in a blur of claws. 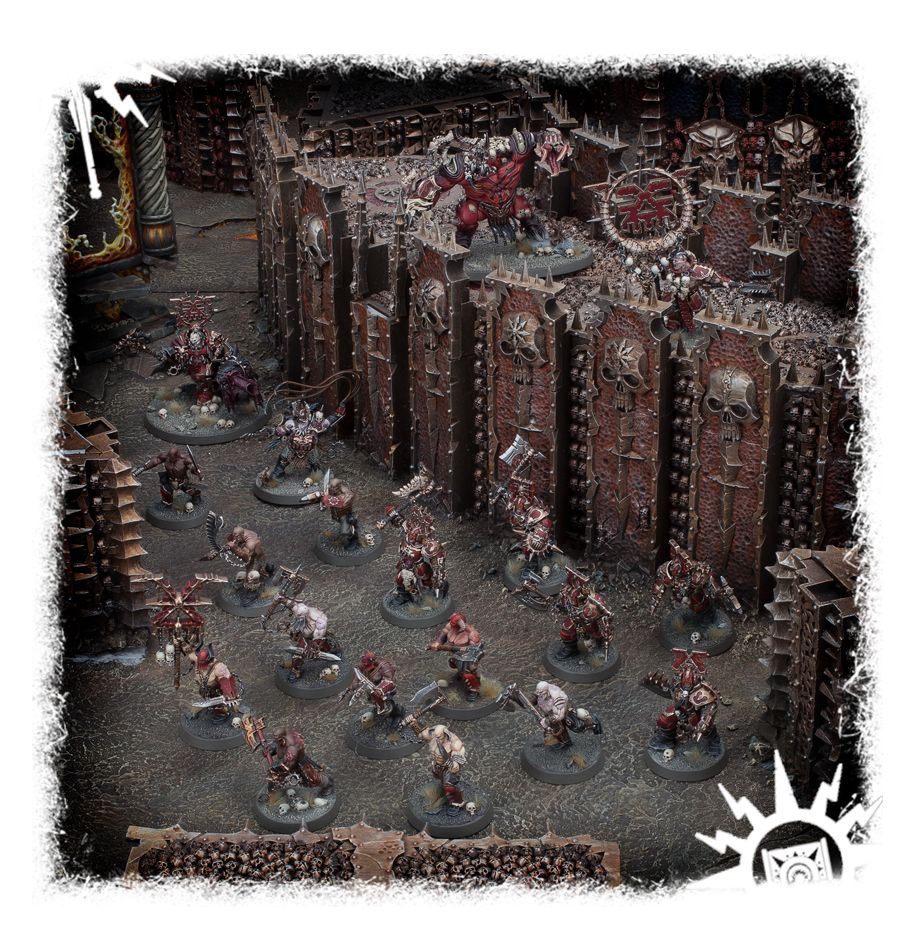 The murderous champions of the Chaos Gods fight furiously to extinguish the last lights of hope, and none fight harder or command more fear than the savage hordes of Khorne’s Bloodbound. Daubed with the Blood God’s rune, muscular beyond belief and foaming with rage, these warriors descend upon their enemies screaming and leave nothing alive. When a Goreblade Warband joins the fray, each retinue strives to outdo the other in the slaughter. 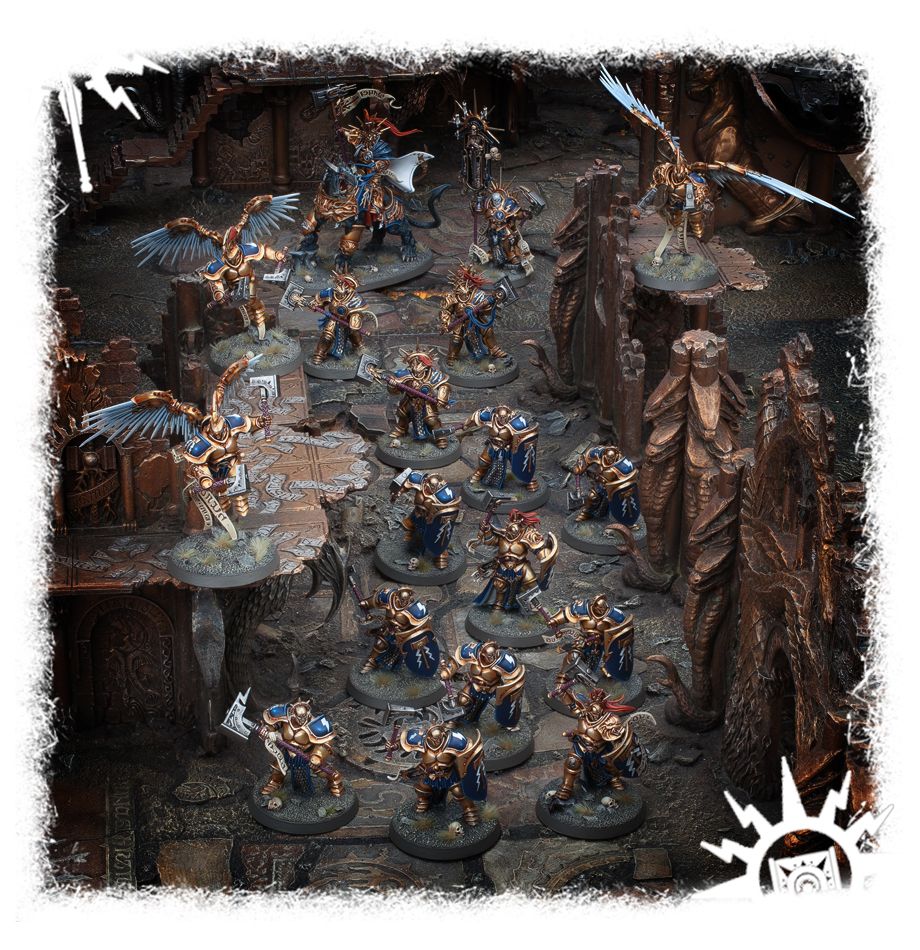 A vision of golden celestial light, a living embodiment of the God-King’s might, the Stormcast Eternals are messengers of vengeance armed with the might of stars. Once-mortal champions of Order forged by Sigmar into an astonishing fighting force, hurled down from the heavens to meet the forces of Chaos head-on, they wreak bloody revenge on the Dark Gods, the corruptors of the realms. Thunderstrike Brotherhoods are led into the fray by Lord-Celestants, each warrior tightly bound by honour and duty.

Made to Order Heroes

Games Workshop also have a selection of Made to Order Heroes from the World That Was available for just one week! A fantastic chance to pick up these hard to find models!! 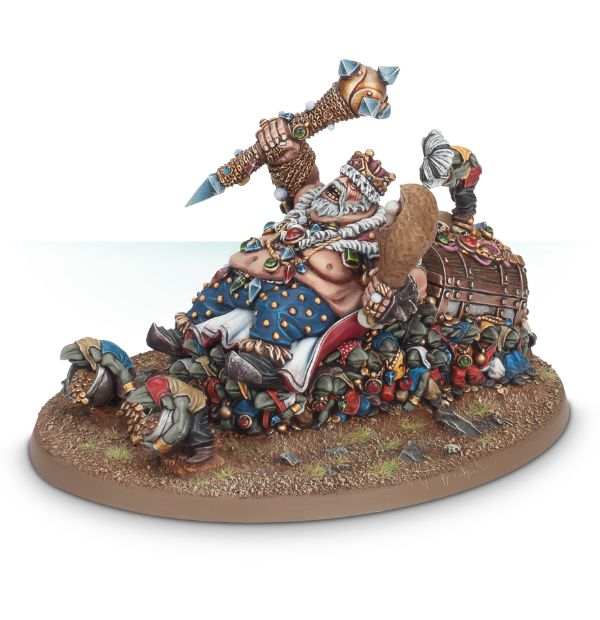 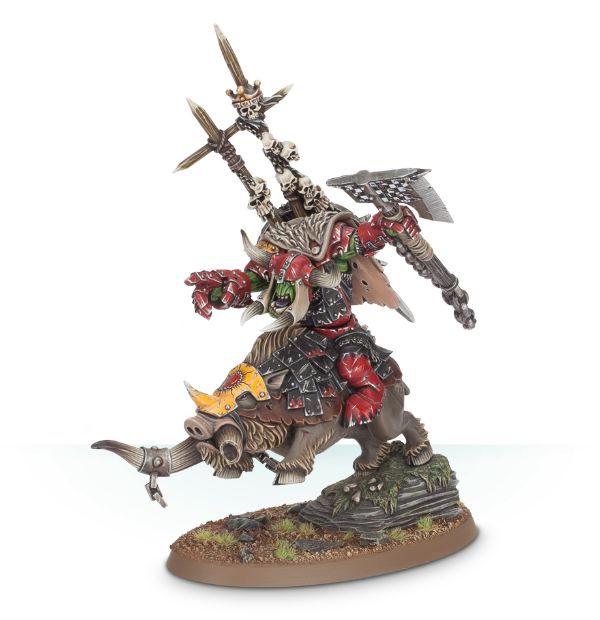 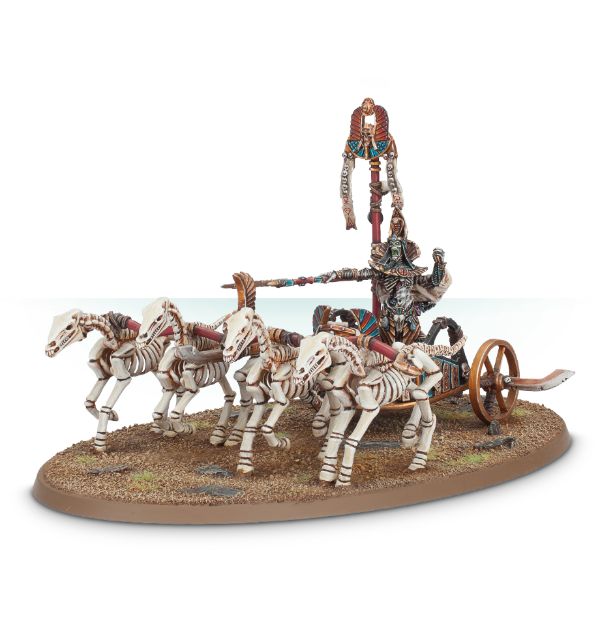 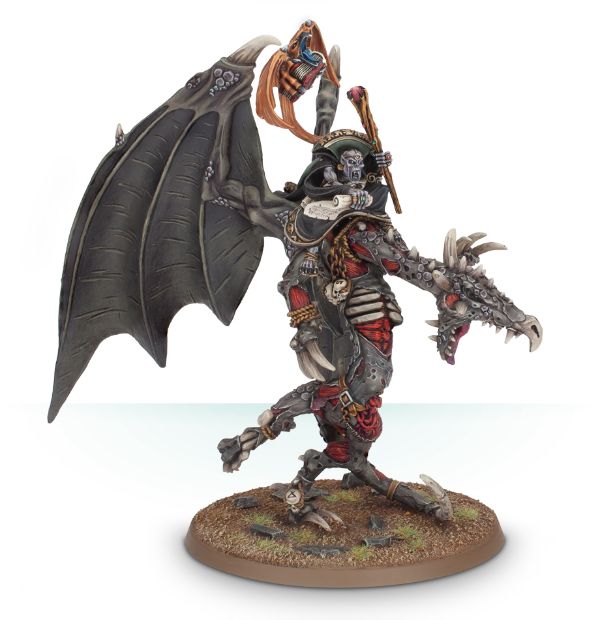 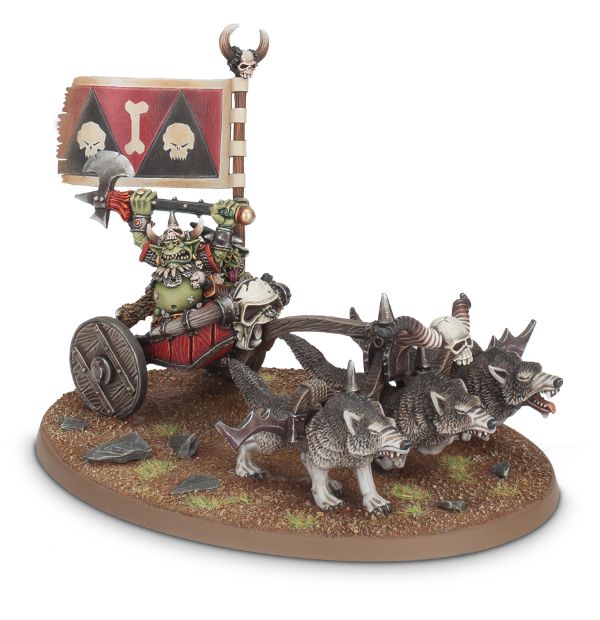 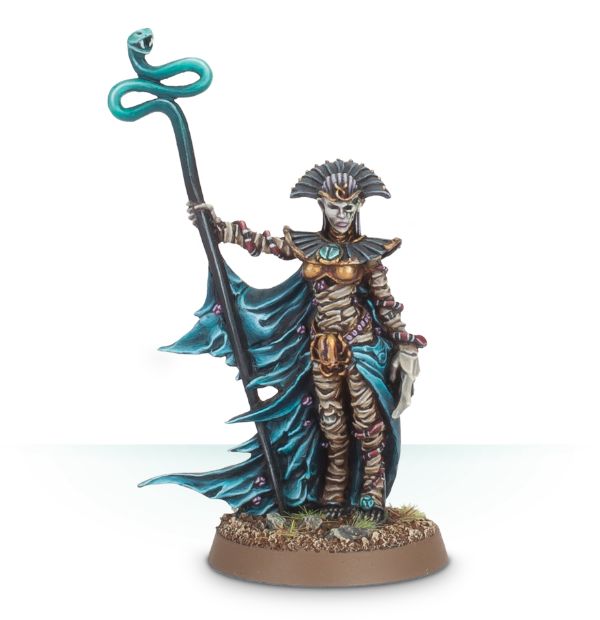