It got lost in the warp for a while, however we now have our hands on the latest Codex for Warhammer 40,000! Codex Adeptus Mechancius brings everyone’s favourite binary-loving army […]

Last year, the highly anticipated Warhammer Age of Sigmar Soulbound exploded onto the RPG scene, allowing games masters to run games set within the Mortal Realms of the Age of […]

Warhammer: Vermintide 2 originally launched back in 2018 across PC and consoles. Since then the game has had a number of paid for and free updates to keep gamers entertained, […] 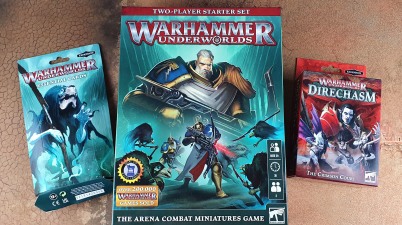 Warhammer Underworlds may be halfway through it’s 4th season, but the miniatures meets card deck construction game combo is going from strength to strength and is further expended today with […]

With Warhammer 40,000 9th Edition in full flow, it’s time to delve into the first campaign book of the edition, War Zone Charadon: Act 1 The Book of Rust. If […] 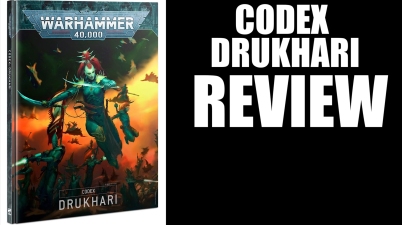 Introduction Codex Drukhari is the latest 9th edition Codex to be released for Warhammer 40,000 9th edition. We’ve been lucky enough to receive a review copy and we’ll be taking […]