After last weeks bumper Luminth Realm-Lords pre order and the Battletome now in a lot of people’s hands, we now have the final wave of the Pointy Aelves up for pre order today! If you would like to support the site (And save yourself 20% too!) then why not order through our affiliate Element Games?

Alarith Spirit of the Mountain 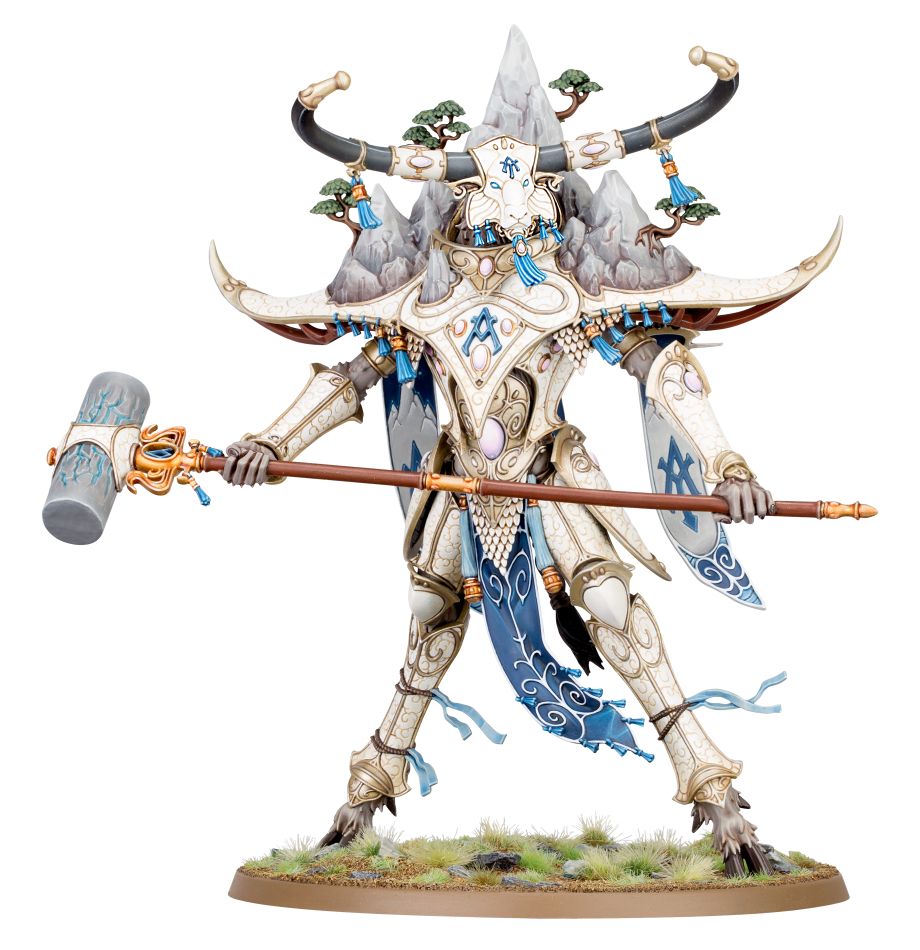 Spirits of the Mountain are the war forms of the stony peaks that the Alarith temples have taken as their patrons. Avatars of incredible toughness and strength, they can smash castle gates and steam tanks with a single swing of their worldhammers. 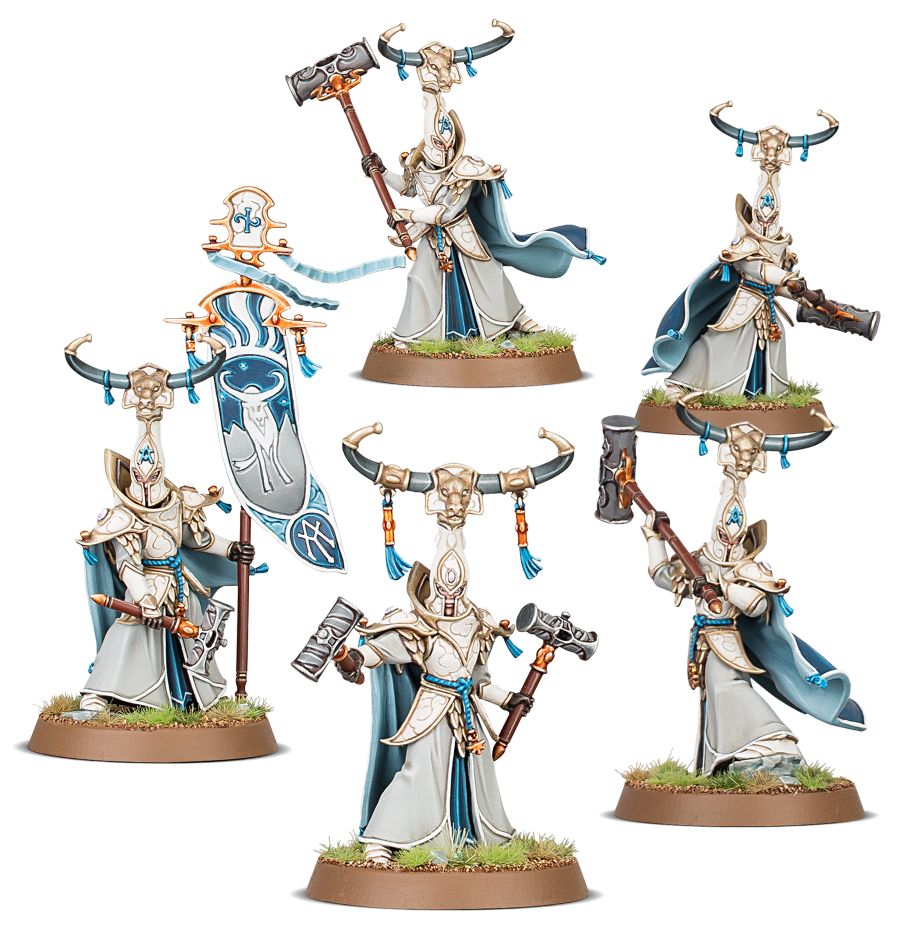 The Alarith temples accept the mountain as their master and, in doing so, inherit part of its strength and resilience. They fight as immovable objects, wielding magical hammers that can crush enemy skulls in a single, perfectly measured blow.

Alarith Stoneguard are elite infantry capable of wading into the thickest of melees and coming out on top. Whether bumping enemies of objectives or smashing aside your foe’s toughest units, you’ll find Stoneguard a hammer and anvil all in one. 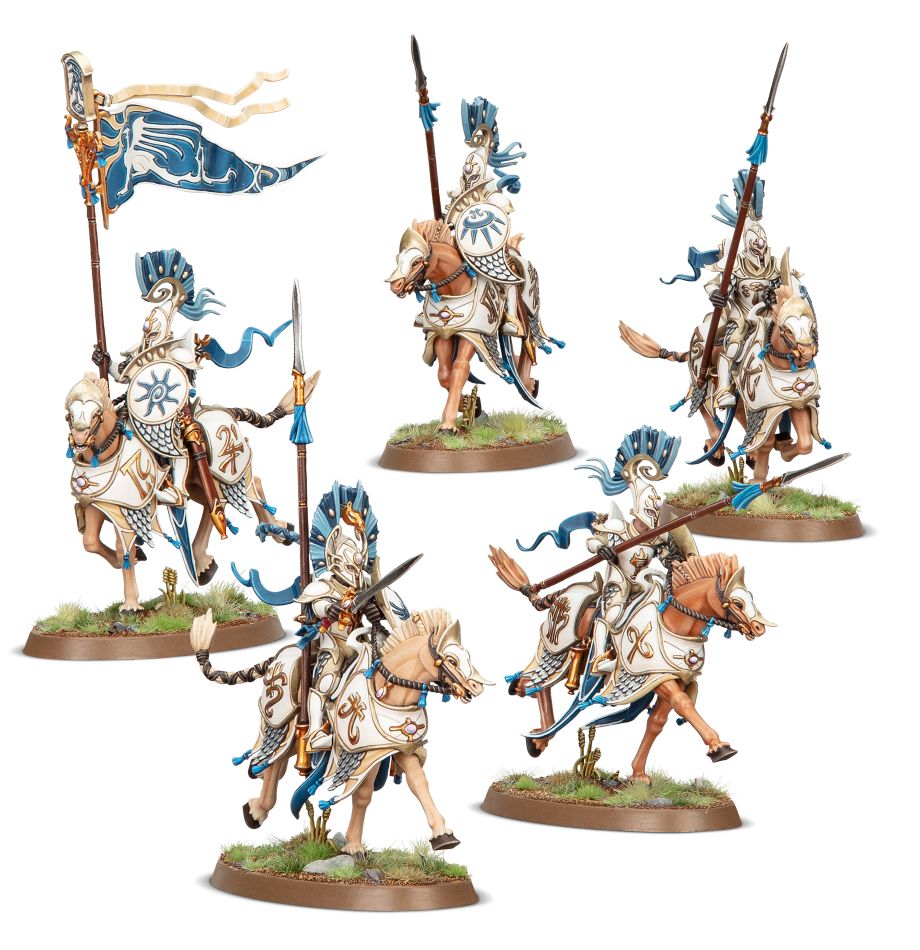 The Dawnriders charge the foe in tight formation, thundering into the enemy ranks and punching their lances through the chests of their foremost adversaries before leaping over their corpses so that their noble steeds might trample those behind.

Vanari Dawnriders are infantry-slaying shock cavalry, ideal for scything through hordes of skeletons, grots or anyone else unfortunate enough to be caught in their path! They’re perfect for cutting through enemy lines or using their superior speed to flank vulnerable war machines and wizards in the back line.

This kit builds 5 Vanari Dawnriders, with options to build a Steedmaster and Standard Bearer. Interchangeable shields and helmet crests allow for customisation. It is supplied in 79 plastic components and comes with 5 60mm x 35mm oval bases. 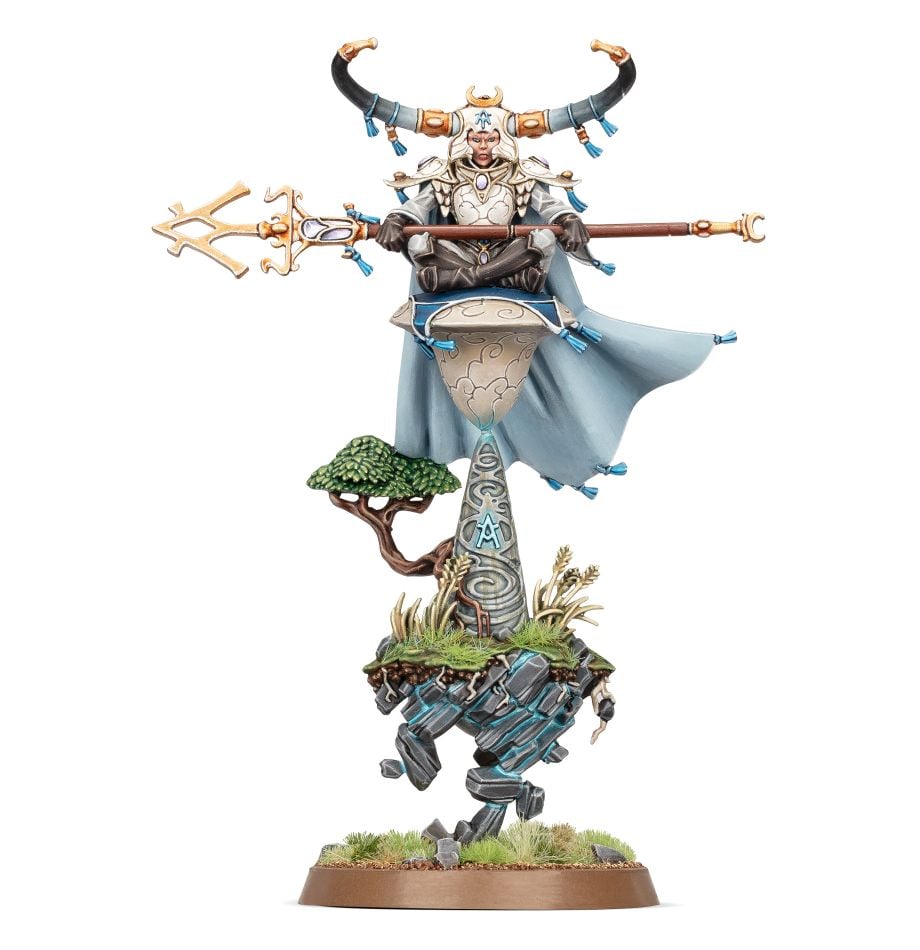 First amongst Teclis’ disciples to learn the ways of the aelementiri, the Stonemages bring the might of the mountain to the battlefield. They can control rocks, boulders and even gravity itself to crush and confound their adversaries.

Alarith Stonemages are vital support spellcasters in a Lumineth Realm-lords army, using endless spells, the Lore of the Mountains and gravity itself to destroy enemies and enhance your own forces. They’re great on their own or commanding a group of Alarith Stoneguard, allowing them to pierce armour with contemptuous ease.

This kit builds one Alarith Stonemage. supplied in 13 plastic components and packaged with 1x 40mm round base.