We have more additions to the Adeptus Titanicus range up for pre order today in the form of the remaining Cerastus Knight variants plus the Defence of Ryza supplement with rules on creating your own Titan Legions!

Adeptus Titanicus The Defence of Ryza 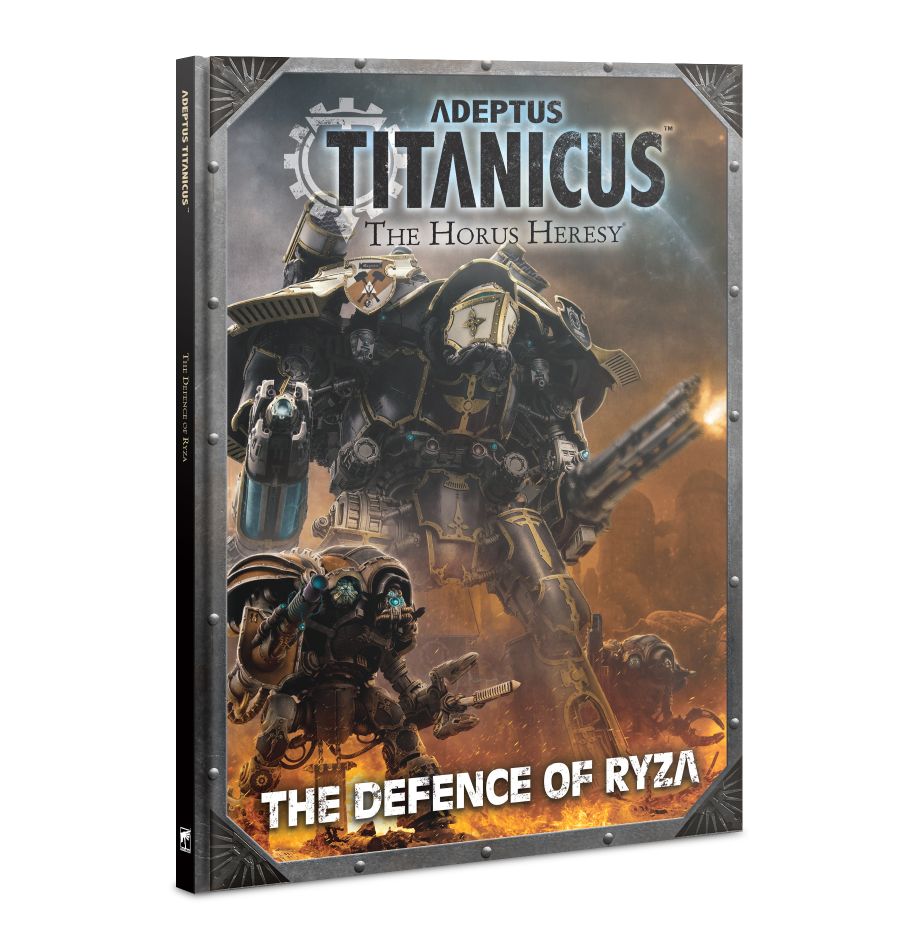 The forge world of Ryza is second only to Mars in its splendour. Famed for its innovative plasma technologies, it is a prime target for the Dark Mechanicum and their ally, the Warmaster Horus. As the forces of the traitor Fabricator-General, Kelbor-Hal, attack, Ryza’s defenders prepare to sell their lives dearly for their world.

Discover the dramatic events of the Defence of Ryza in this 108-page hardback supplement for Adeptus Titanicus, alongside a host of new rules to use in your games. Harness the strengths of six different Titan Legions using four new maniples, and bring the might of six Knight Households to bear against your enemies. Create your own Legions, choosing from a massive variety of rules, and declare your allegiance to the Emperor or Horus – or forge your own path as mercenary Blackshields. Play out the story across six narrative missions, complete with new environment rules and stratagems – however you want to play, you’ll find new rules for you.

CONTENTS
– An overview of the Defence of Ryza
– Background and Legion-specific rules for six Titan Legions: Honorum, Osedax, Crucius, Magna, Vulturum and Mortis
– Four new maniples to use in your games
– Background and rules for six Knight Houses: Sidus, Taranis, Zavora, Morbidia, Ioeden and Oroborn
– Full colour examples of paint schemes and heraldry for Titans and Knights
– Six narrative missions based on the dramatic events of the story
– Three different allegiances for your Titan Legions, and four for your Knight Houses
– Rules for creating your own Titan Legions, including 16 Traits, 15 Stratagems, and 21 pieces of Wargear
– Battle Standards, Lance Standards and High Kings to expand your Knight Households
– New environments: Manufactoria, Plasmatic Infrastructure and Ryza Secundus
– 11 new Stratagems to use in your games
A copy of the Adeptus Titanicus rules is required to use the contents of this book. 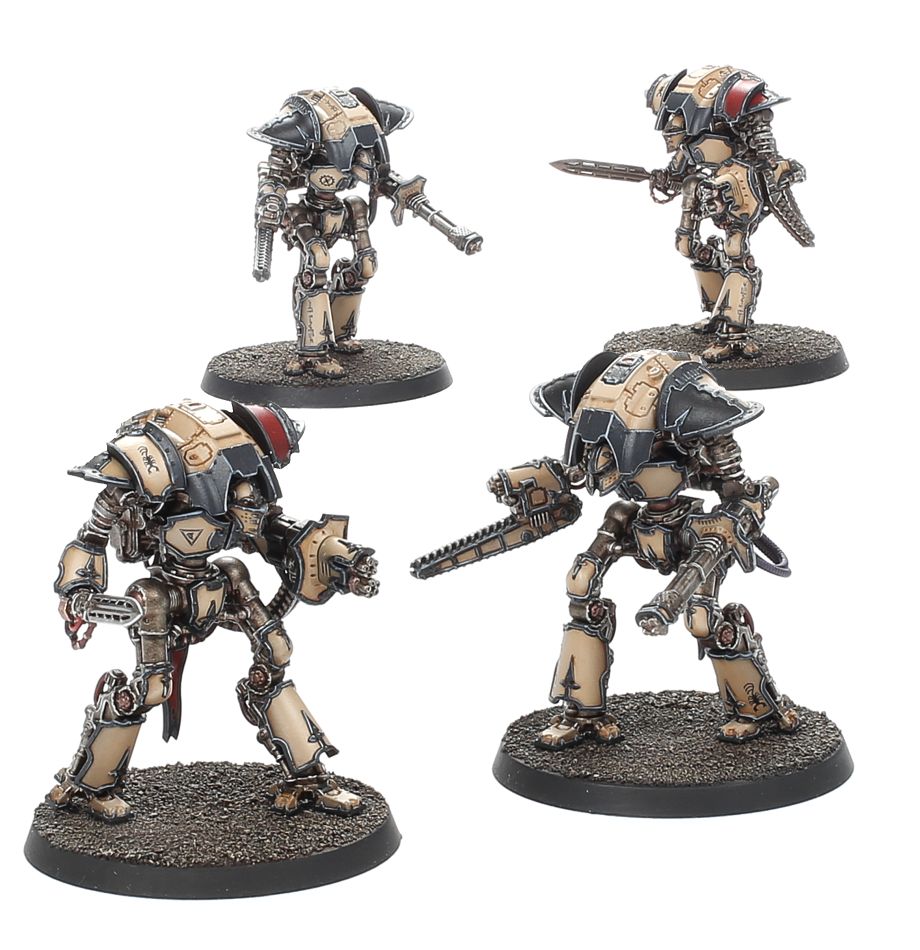 Cerastus Knights are employed as weapons of extermination, designed to inspire fear in their foes. Nothing will sway their attack until the enemy is utterly crushed, never to rise again from the flame-scoured ruins of their strongholds. Acheron- and Castigator-pattern Cerastus Knights are known for their formidable first strikes, obliterating their foes with bolt and flame.

This kit contains 112 plastic components to build four Knights. Each of the lower leg assemblies is compatible with any of the upper bodies for more customisation.

Also included in the box are a command terminal for your Cerastus Knights, along with a transfer sheet that includes generic transfers as well as Household-specific transfers for House Makabius, House Malinax, House Vyronii and House Coldshroud.