It’s been a bumper week of Necromunda news, and today it gets even cooler with the announcement from Warhammer Community about being able to take a gang of Slave Ogryns in the new House of Chains suppliant! 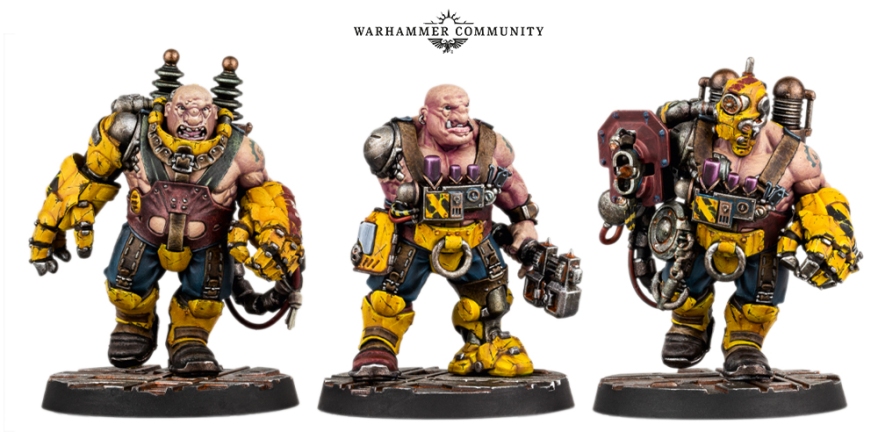 Yup, that’s right – gangs of big beasts Ogryns! These guys are former slaves who have risen up against their oppressors, and are fighting for freedom mostly by punching things in the face with augmetic fists…

Warhammer Community also shared their profile, which looks pretty tasty, but imagine they will be a lot more expensive individually than other gangs

The miniatures are tempting me to start a force of these, they look great fun to paint and will be out later this year!

Forge World have confirmed these will be a full pastic kit!