Can you believe we are already 29 days into the year? It feels like it was only yesterday when I decided to start this challenge, and have loved trying to do a little Warhammer each and every day! This last week may have involved less painting than normal, but dice were certainly rolled…

Today I managed to start building The Triumph of Saint Katherine – my favourite model in the Sisters of Battle range!

While waiting for glue to dry I also did a little more work on Gor Half-Horn for Necromunda, and he is such a cool model!

Going to be plugging away at my gangers between projects, something of a nice little palette cleanser in between all my other things on the go!

Today was Podcast night! We talked all about all the exciting reveals from LVO including the unveiling of the Lumineth Realm-Lords! Dave also reviewed the new Kharadron Overlords Battletome – something which inspired me to dig out my Gunhauler…

I am very tempted to start an army of airships…

This weekend was the Purple Sparkly Unicorn’s latest 2 day Age of Sigmar tournament, and a great time was had by all!

5 games of Age of Sigmar across 2 days of hobby antics! Archaon had a fairly poor showing on day one, but managed to redeem himself a little on day 2 leaving me with 2 wins and 3 losses! My army also got a nomination for Best Painted, which was a nice surprise!

I also had the pleasure of finally playing against Ceri from The Hobby Room who brought her awesome squigs along for the event!

If you want to check out the battle then you are in luck, as she was streaming live all weekend!

With all the news about Aelves from Hysh, the Sprues & Brews team had decided we wanted to do a narrative campaign with some Hyshian themed armies – for mine I had the idea of doing some Bonereapers who are blended with Aetherquartz

I’m thinking Jade armour and white robes to give them a somewhat oriental vibe – more on them as I get them done!

Today me and Dave decided to test out the Kharadron Overlords and the Disciples of Tzeentch and checking out the new Aether War battle box! (video on the way soon!) 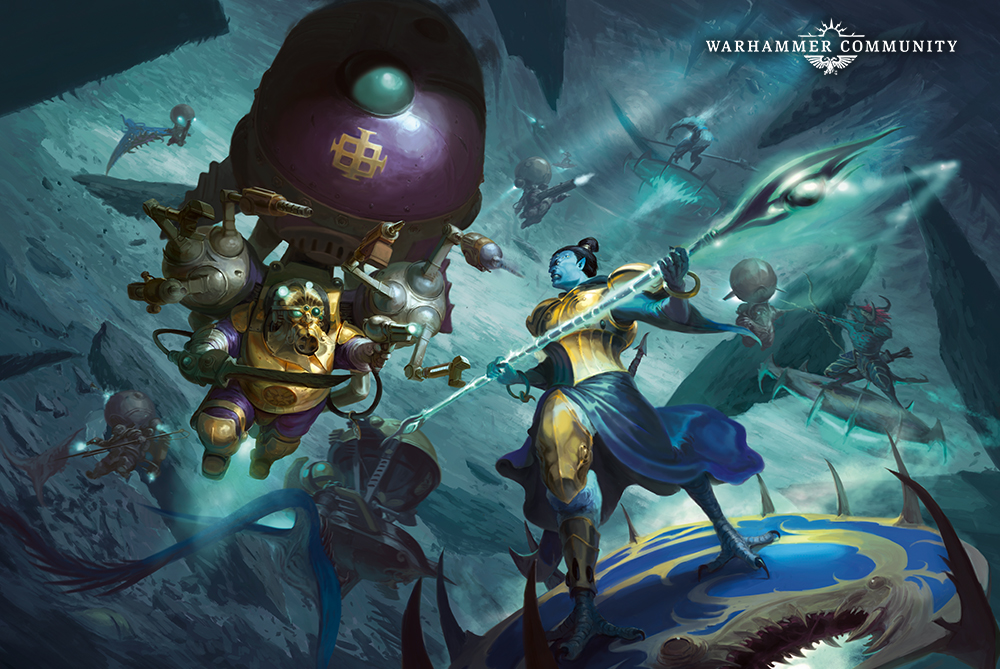 The forces of Tzeentch are pretty good after our test game – but I think the Kharadrons could have some tricks up their sleeves too!

And that brings us once again to today!

I’ve started blocking in some colours with the airbrush, and testing out a scheme for the Argent Shroud – hope to have this in a state to show off soon!

I’ll see you all again next week for another 7 days of hobby happenings!