Nightvault Grots and Tzeentch, Plastic Warhound Titans and Beasts from the World that Was!

Warhammer Community have shared what will be going up for pre-order next weekend, and we have lots of new Warhammer Underworlds Nightvault stuff including the eagly awaited Grot and Tzeentch warbands! We also have the plastic Warhounds for Titanicus and a made to order for old Beastmen models! I’m sure Orktober is right around the corner now…

Next week, you’ll be able to pre-order no fewer than FOUR new warband expansions for Warhammer Underworlds: Nightvault – as well as Adeptus Titanicus’ latest Titans. Read on to learn more…

Back in the mists of time (well, a couple of weeks ago), we announced that Warhammer Underworlds: Nightvault would feature 8 new Warbands. With the new season now on shelves, we can unveil our first two in full. Behold… 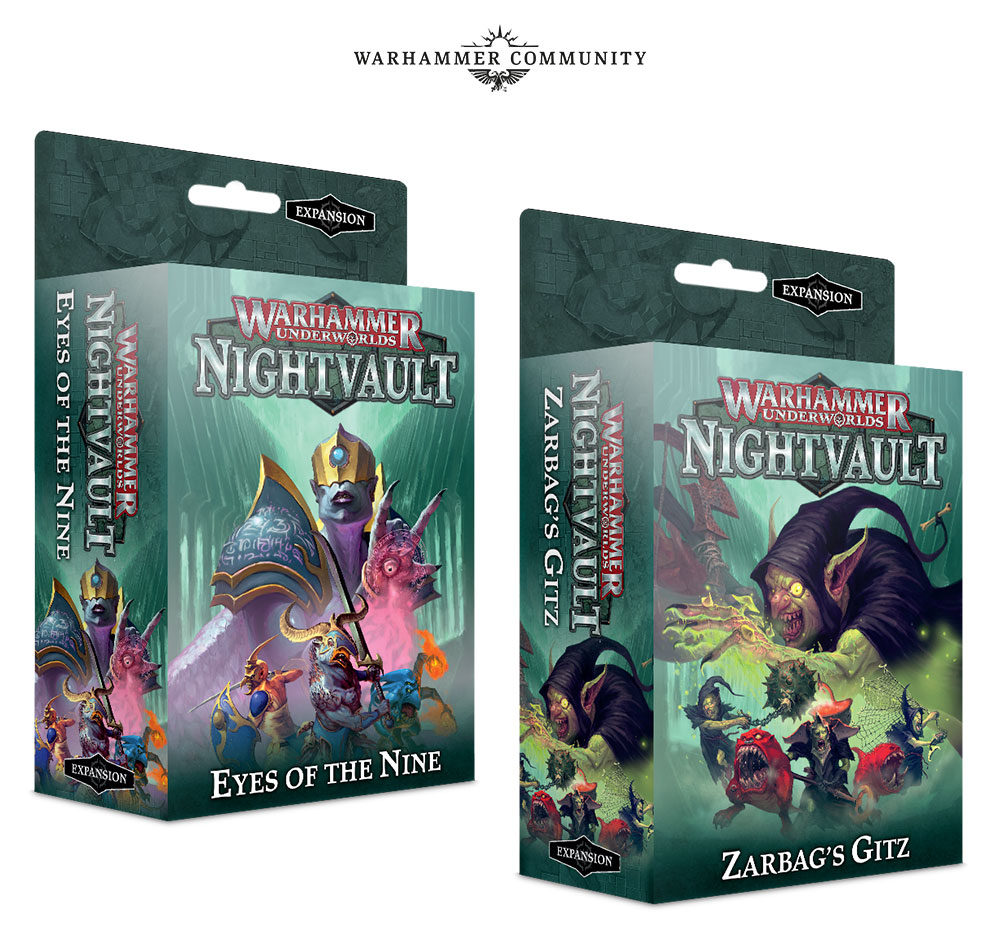 Like previous Warhammer Underworlds expansions, these don’t just contain models and cards for the warband inside but a variety of new options that any warband can use – picking one up will give you all sorts of new choices regardless of which faction you play. That said, you’ll find it hard to resist giving these warbands a go:

The Eyes of the Nine

The Disciples of Tzeentch are a fan-favourite faction in Warhammer Age of Sigmar, and with the rise of wizards and spellcasting in the Mirrored City, it was only fitting that the Chaos God of Magic’s forces should receive a Warhammer Underworlds: Nightvault expansion. The Eyes of the Nine are an ambitious pack of seekers hunting for forbidden knowledge, made up of a varied band of the Changer of Ways’ followers. 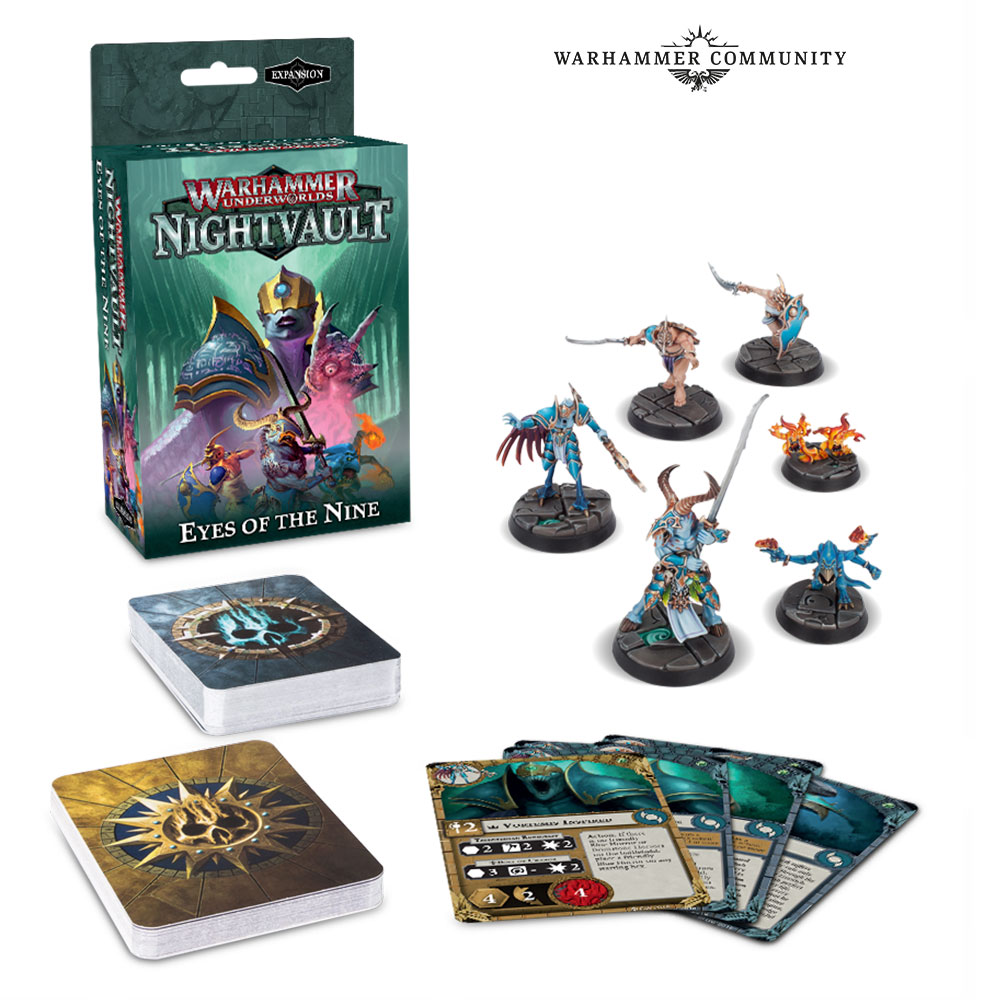 Led by magister Vortemis the All-Seeing, the Eyes of the Nine are an unusual and dynamic warband, capable of casting magical spells and even summoning Blue Horrors to the field, turning the rules of Warhammer Underworlds on their head and offering exciting new challenges for you to master. 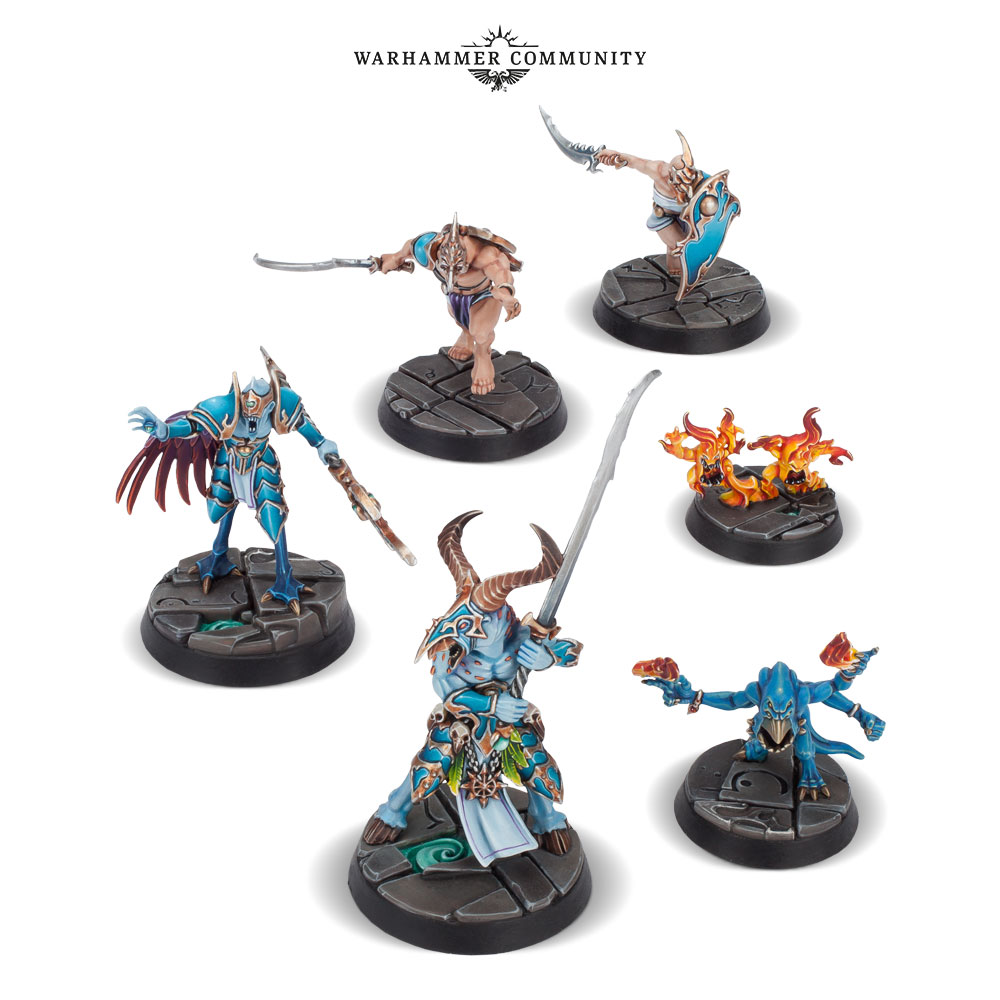 Of course, they’re not the only fan-favourites entering the Mirrored City…

Shadespire has faced magical calamity, invasion from forces beyond the comprehension of man and the Shyish Necroquake itself – but is it ready for the Moonclan grots? 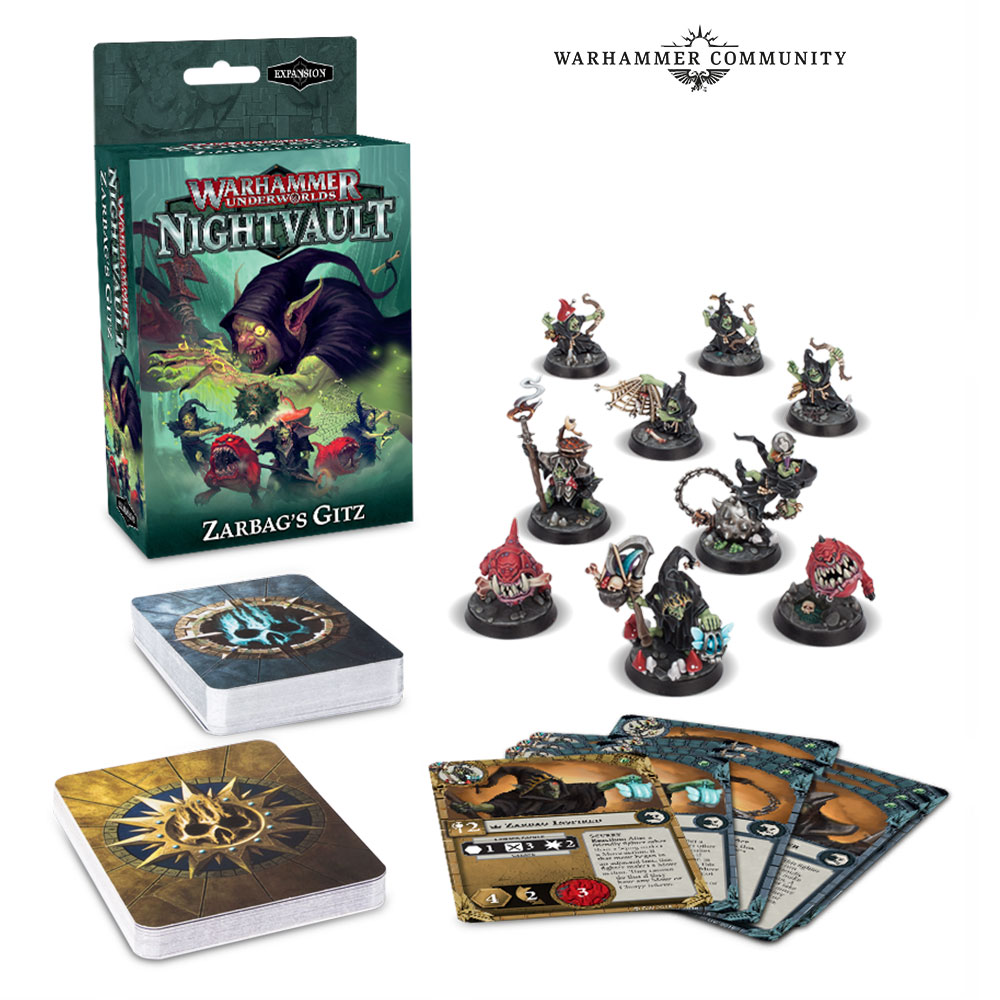 Zarbag’s Gitz are Warhammer Underworlds first-ever NINE-fighter warband, a rampaging pack of goblins who make up for their individual frailty with overwhelming numbers, squig allies and fungus-fuelled determination. 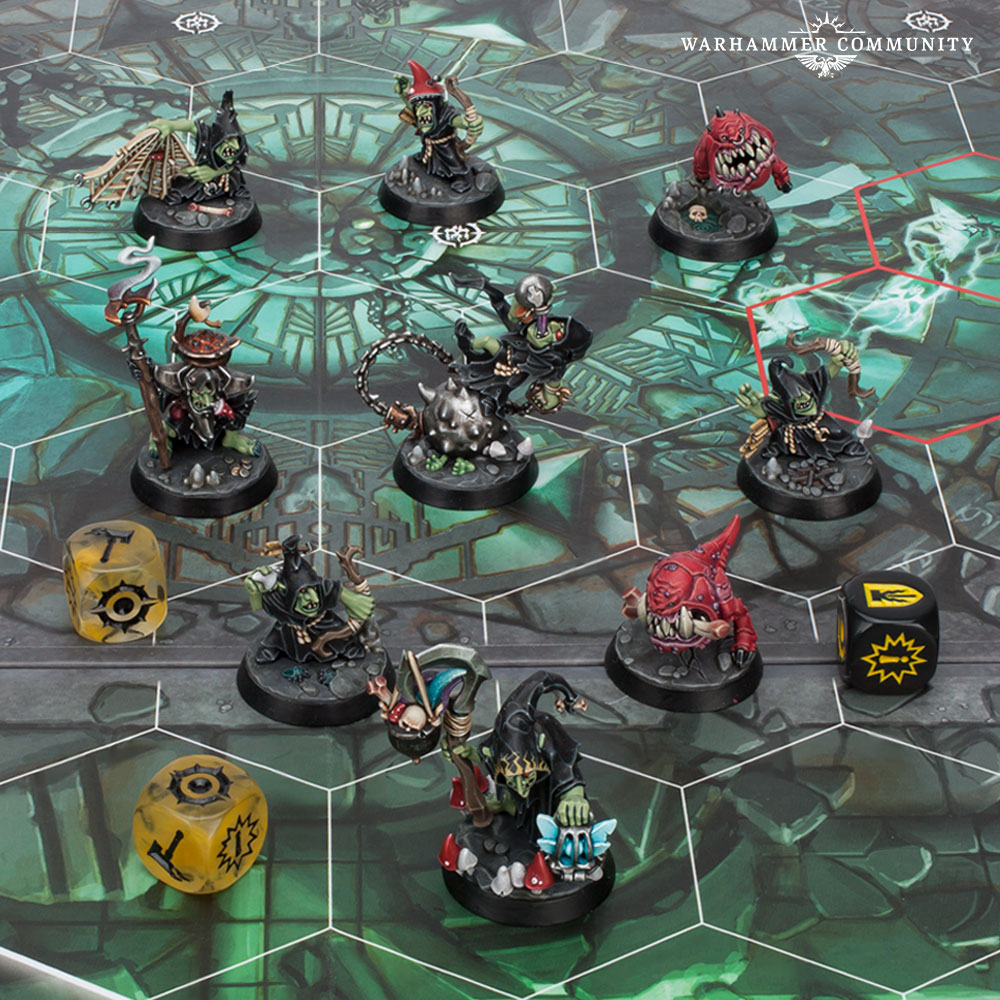 Following on from the Fungoid Cave-Shaman earlier in the year, this warband brings the classic and much-loved aesthetic of the Moonclan to life in stunning detail, featuring new takes on iconic classics like squigs as well as all-new miniatures that shed light on the madcap world of the grots, like armoured squig-herder Drizgit. 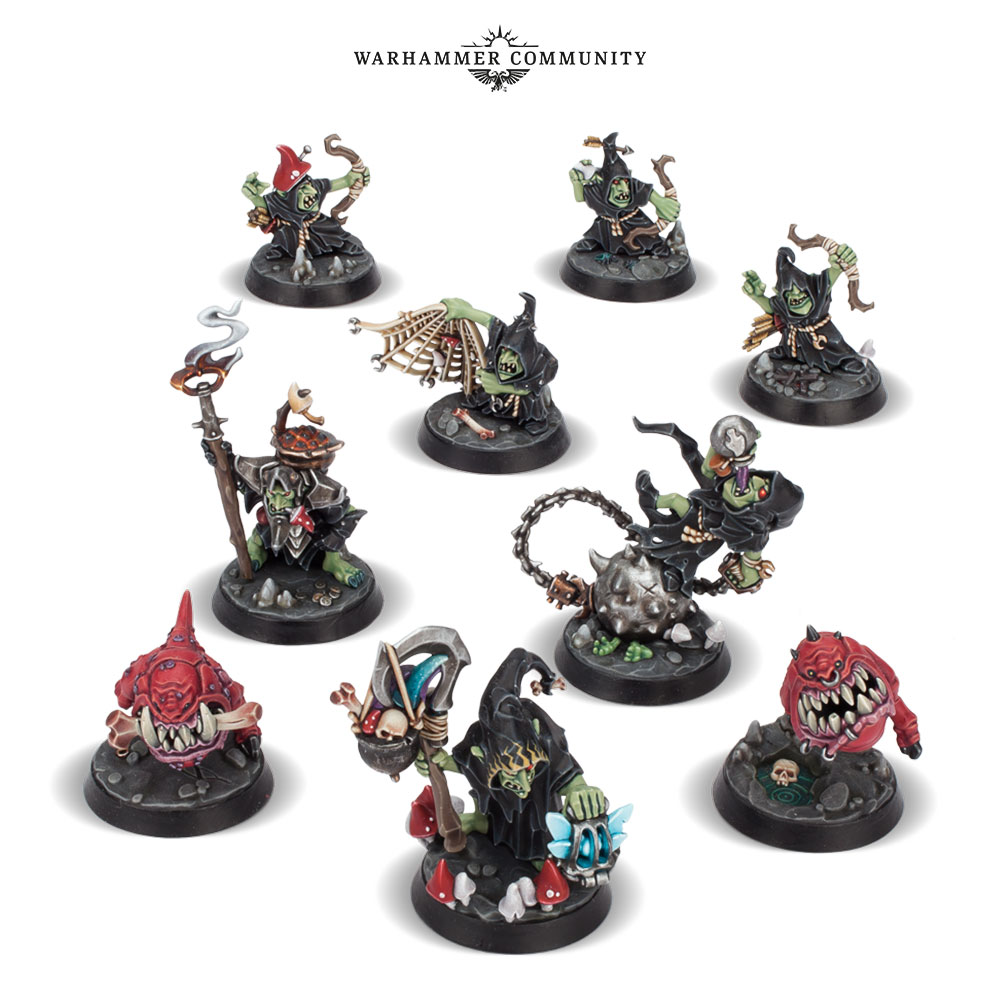 These guys truly are bonkers, both to look at and to play – we’ll have detailed previews of how they work (along with a preview for the Eyes of the Nine) out next week.

With the Warhammer Underworlds: Nightvault Core Set replacing the old one, you may be wondering just where you’ll be able to get Steelheart’s Champions and Garrek’s Reavers if you didn’t get them the first time around. Well, good news – both are being transformed into fully-fledged expansions, containing all the fighters and warband cards you need to play them. 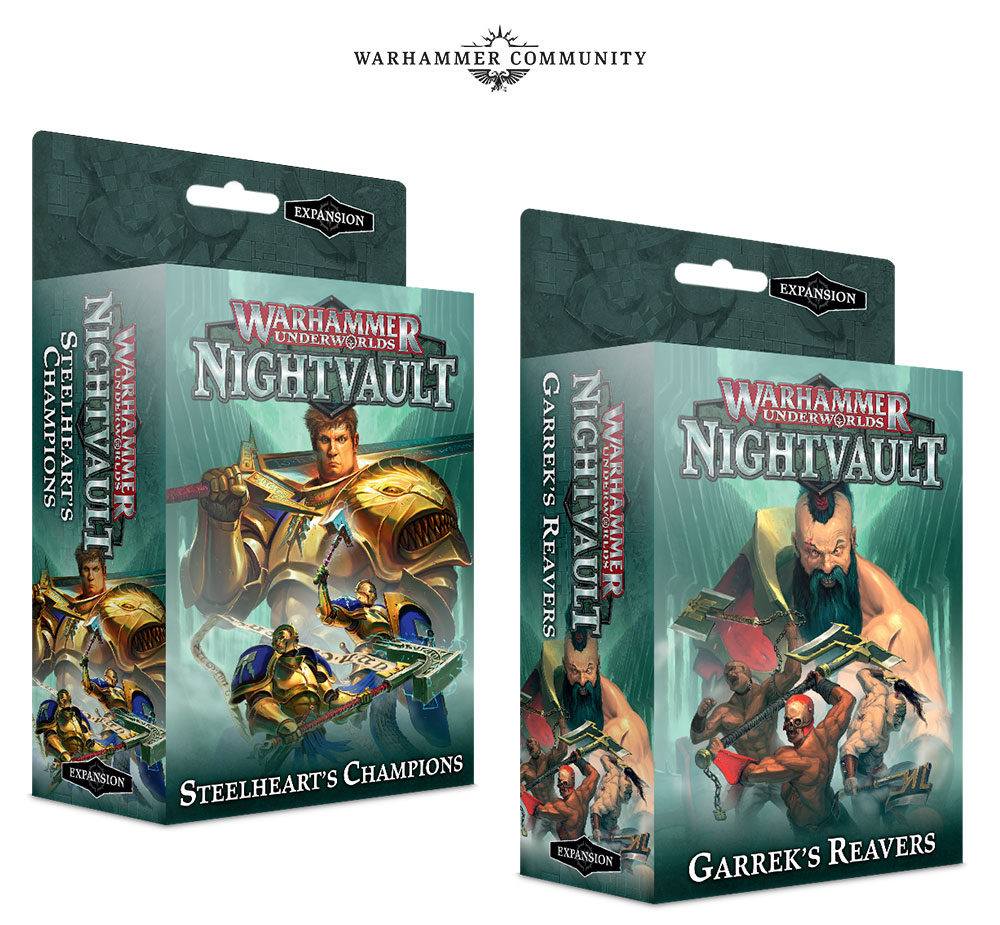 What’s more, these sets feature brand new cards for Nightvault, with new gambits and upgrades usable by any warband. Don’t worry if you’ve already got these warbands, or you don’t fancy them – we’re also making all the universal cards from these sets available in a pack of their own: 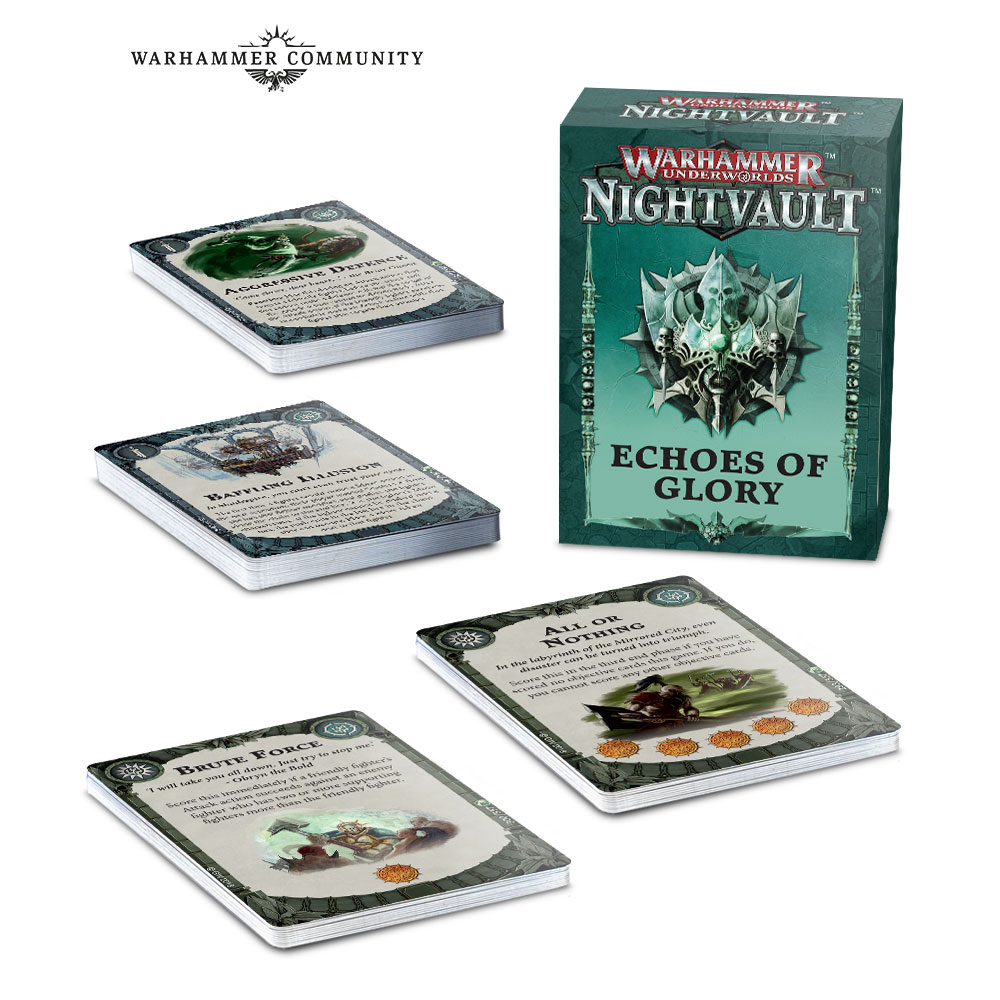 With so many new universal cards this week, we’ll be taking a look at what they mean for your decks and previewing some in detail next week, so keep an eye out… 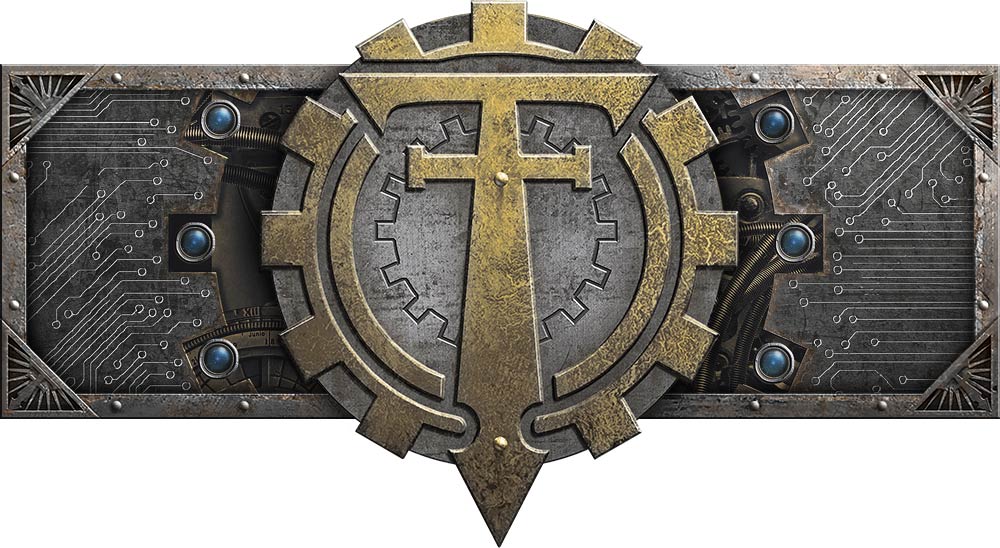 That’s not all next week has instore – for Adeptus Titanicus, you’ll be able to grab the Warhound Titan thanks to a new, highly customisable double pack: 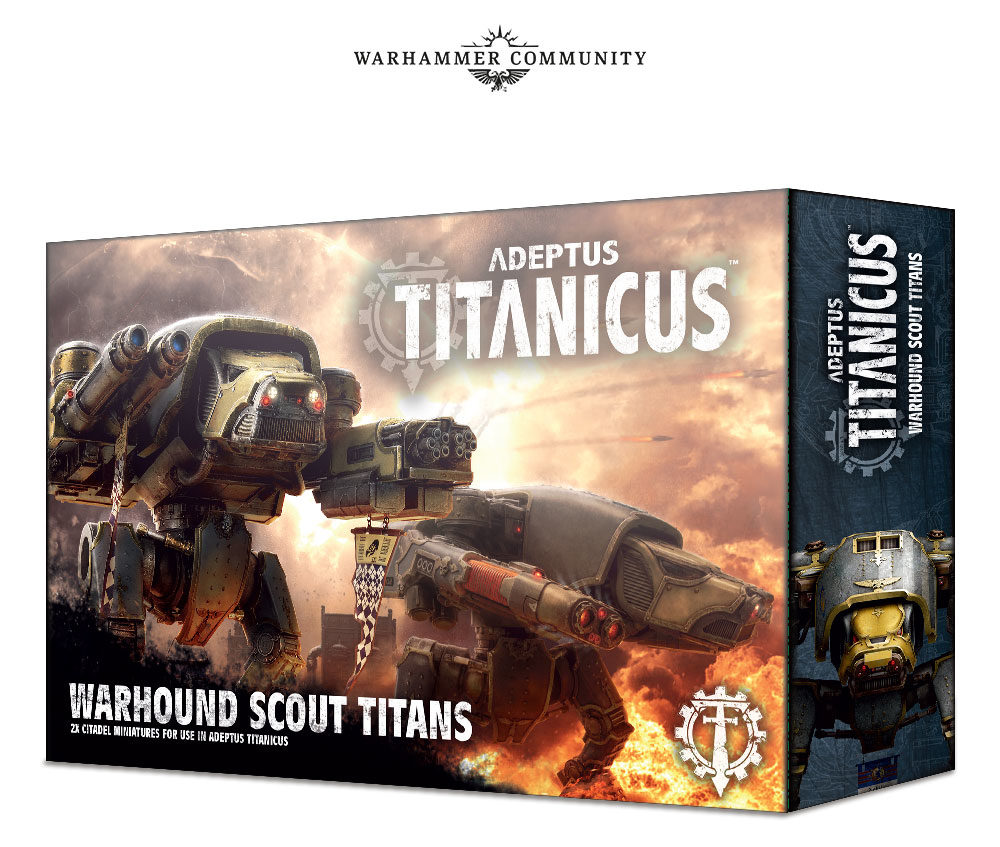 Inside the box, you’ll find everything you need to build two of these iconic war machines for Adeptus Titanicus, complete with a range of weapon options as well as choices of pose and armour plating. 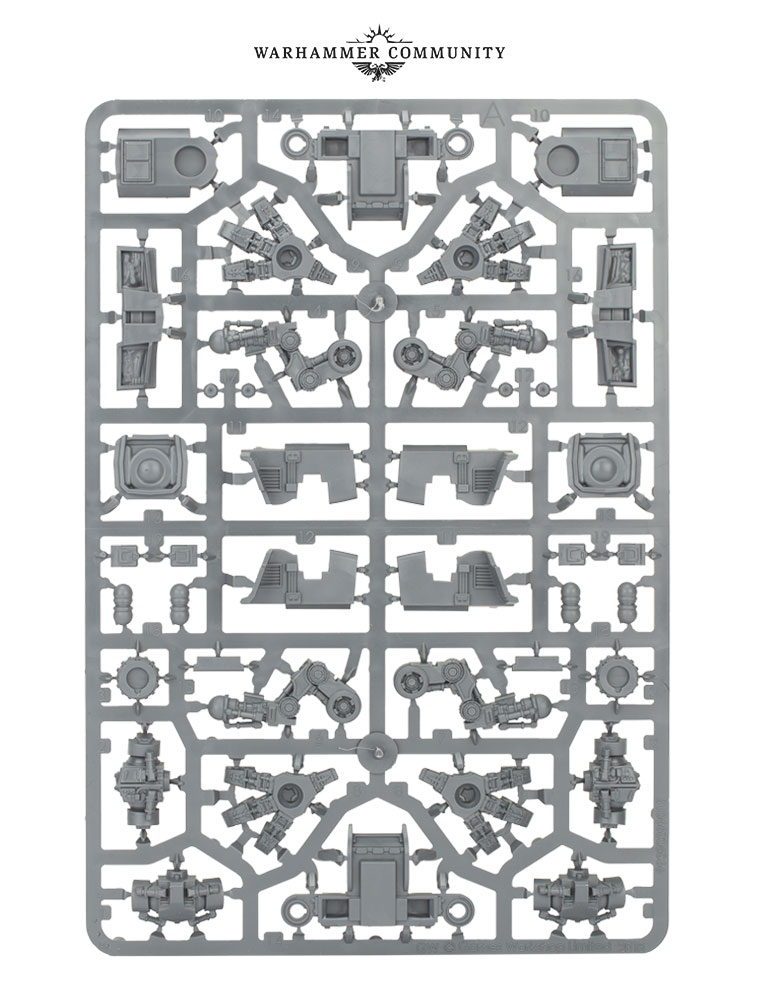 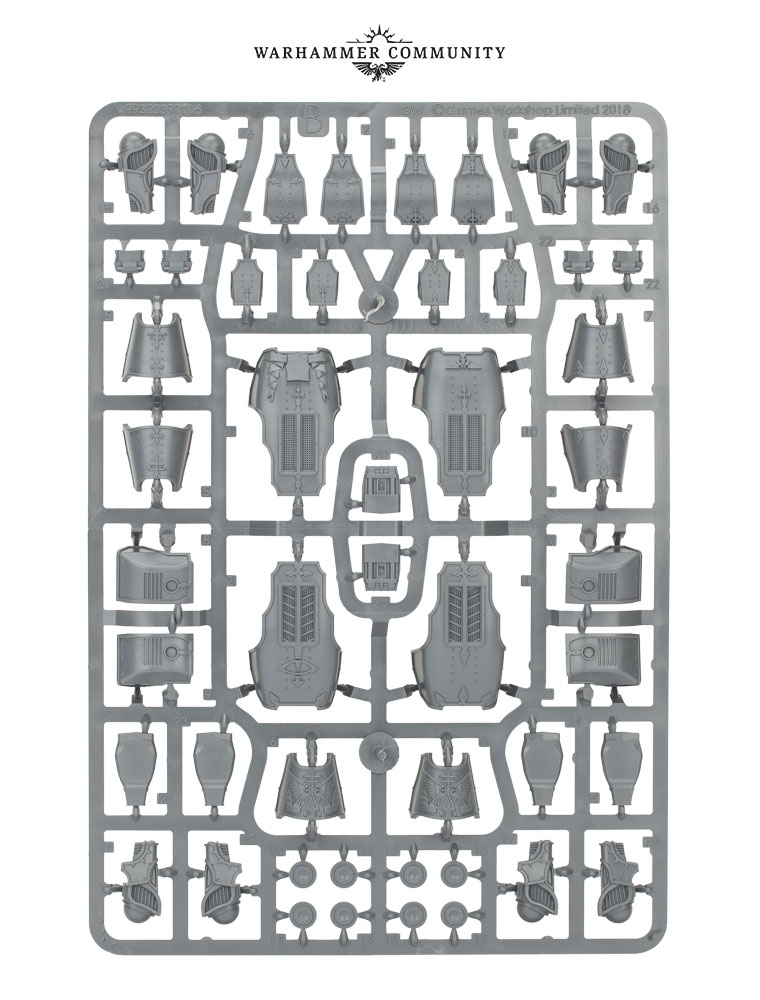 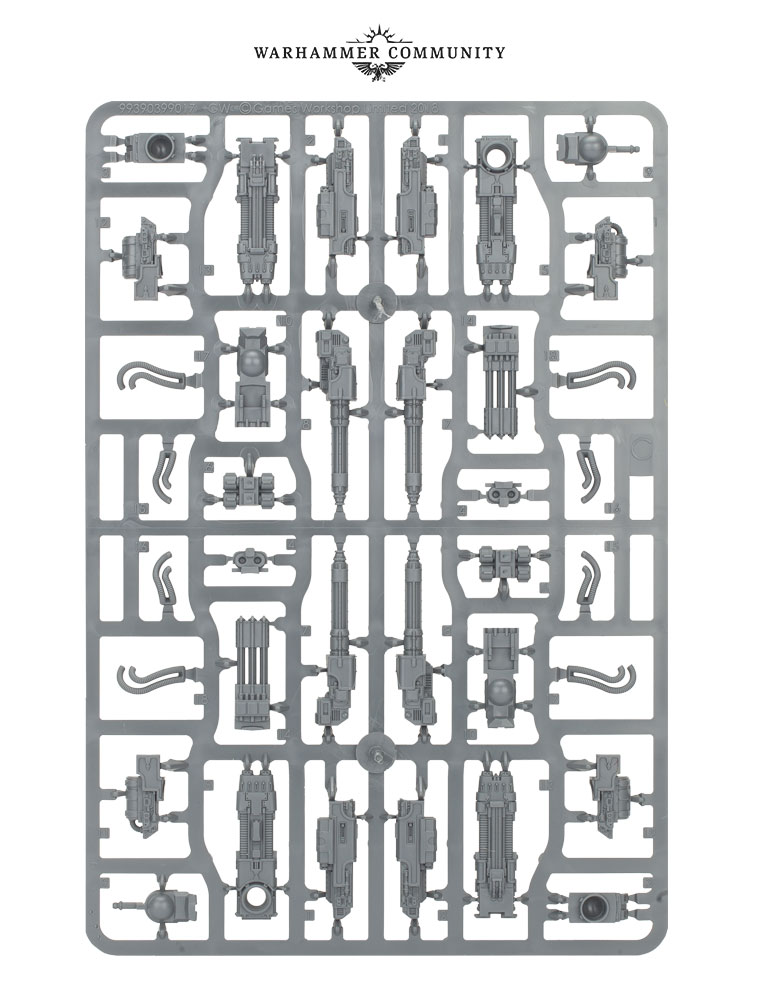 These guys are a fantastic choice for any cunning princeps, trading durability for superb speed and manoeuvrability. Run literal rings around Warlord Titans, keep pace with any pesky Knight Lances – or just enjoy the novelty of owning a Warhound Titan in plastic! 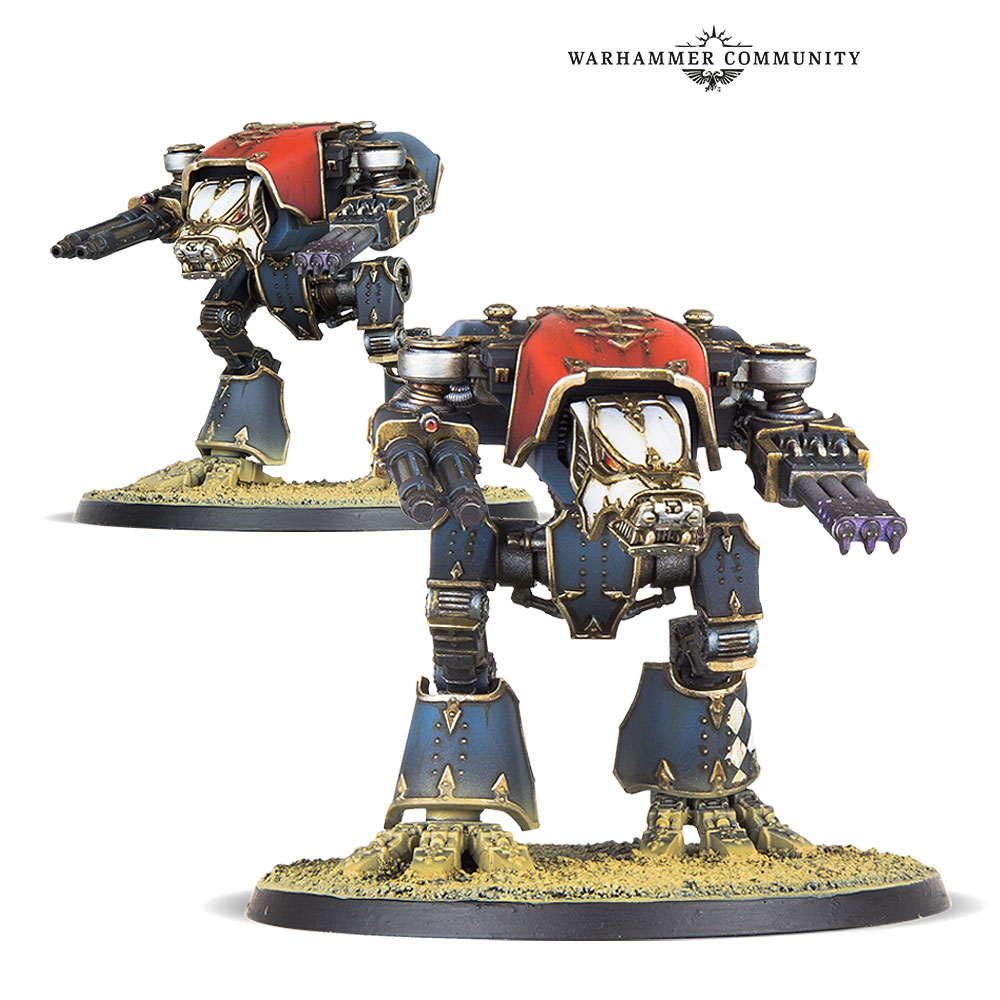 You’ll find the rules for your Warhound Titan on its Command Terminal, available separately in a pair of Maniple Packs on release, while for its weapons, look no further than a Weapons Card Pack: 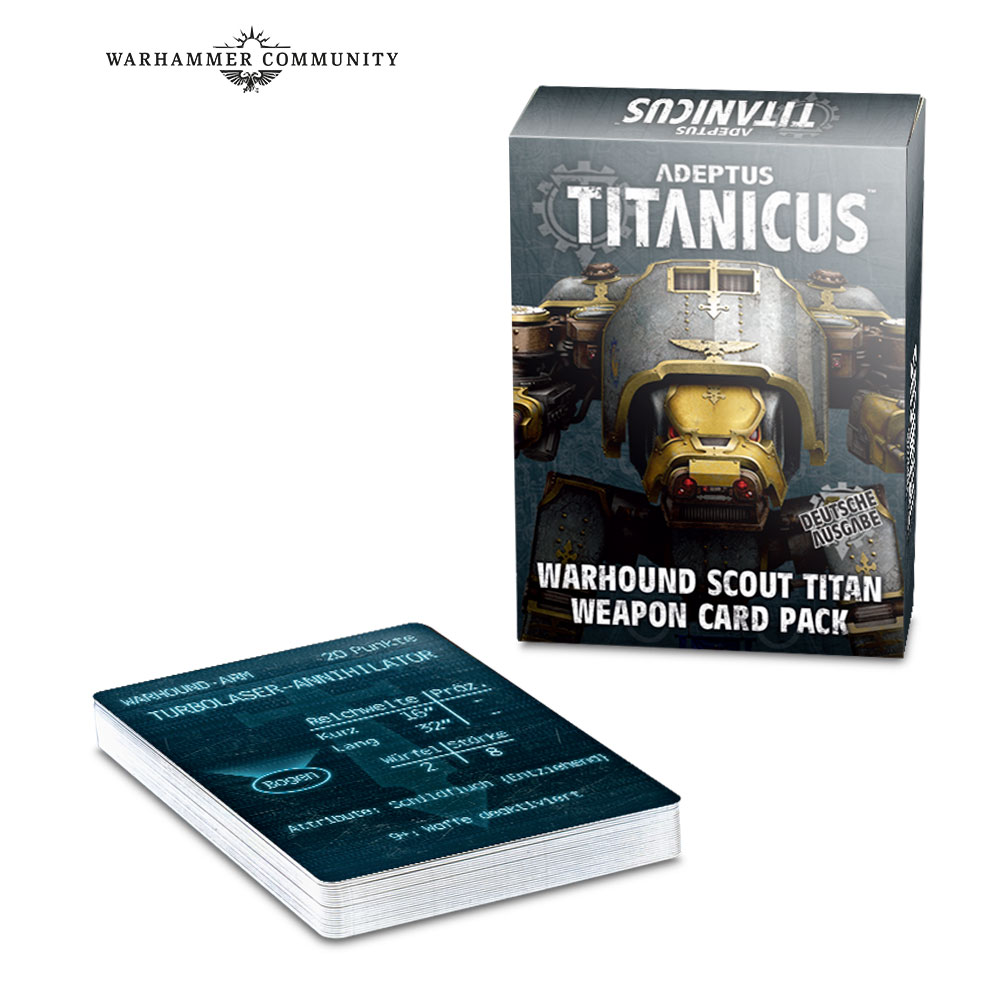 And there’s more! With Beasts of Chaos now on shelves, we’re revisiting some classic Chaos Heroes from the world-that-was, delving into our archives to give you a chance to own some magnificent miniatures from Warhammer’s past. First up, there are two classic Heroes of the Beastmen: Khazrak One-eye and Morghur. Both are fantastic Beastlords for any new Beasts of Chaos army and particularly cool if you chose either as your Legendary Lord in Total War: Warhammer: 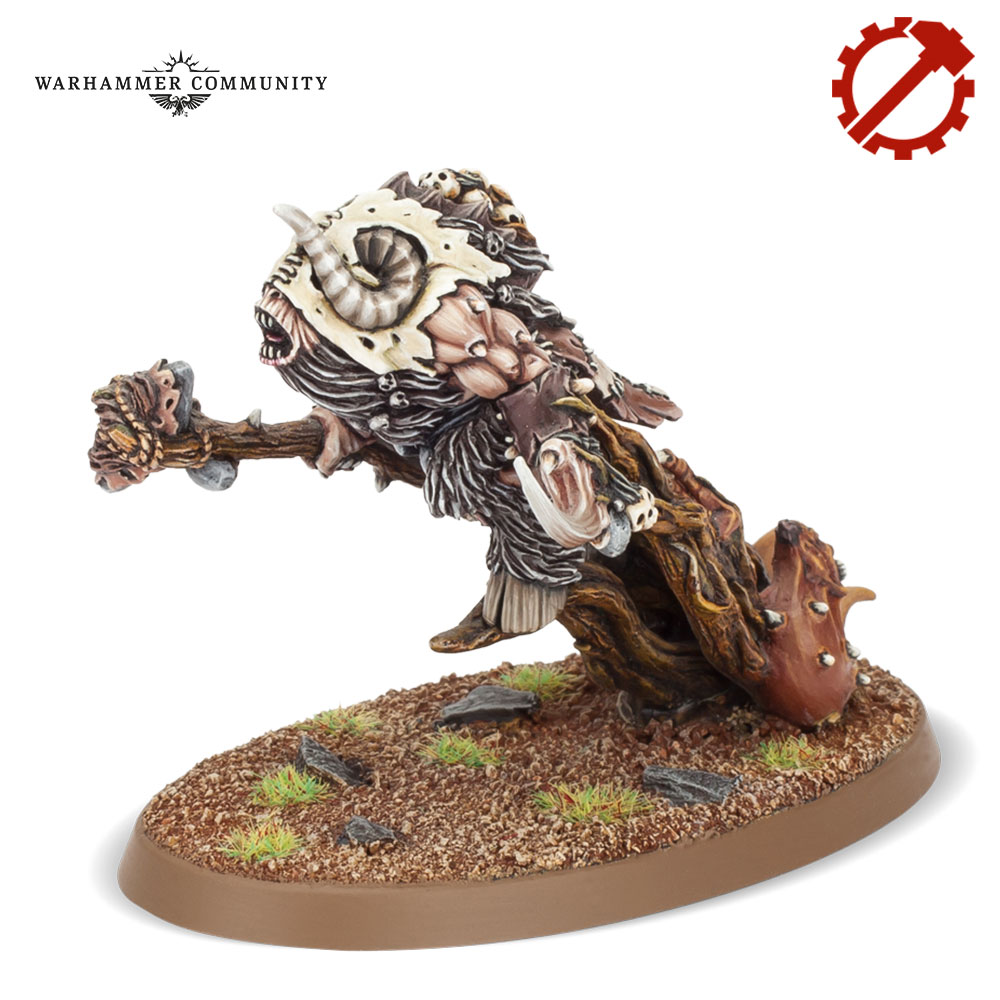 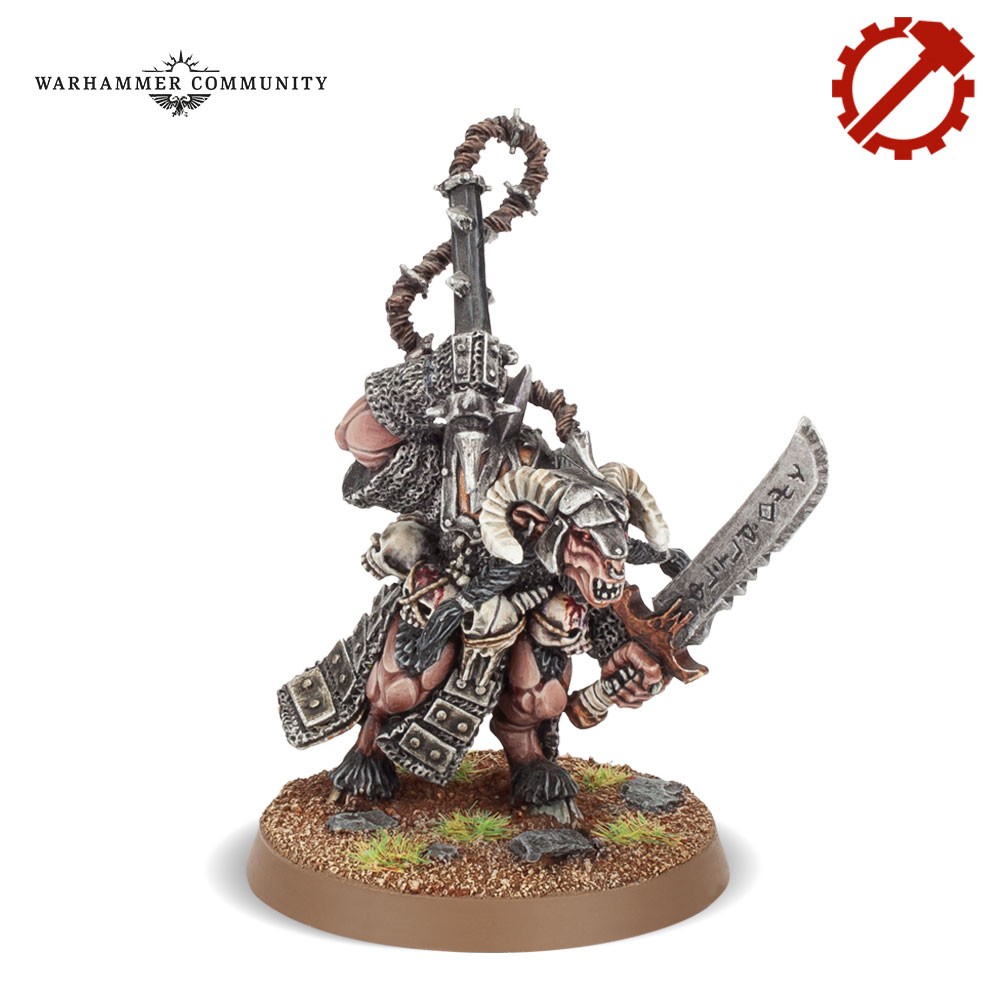 For fans of monsters, meanwhile, Throgg, the Troll King and the Great Drake, Galrauch, are two much-loved models of yesteryear that’ll make a magnificent painting project for any Chaos fan: 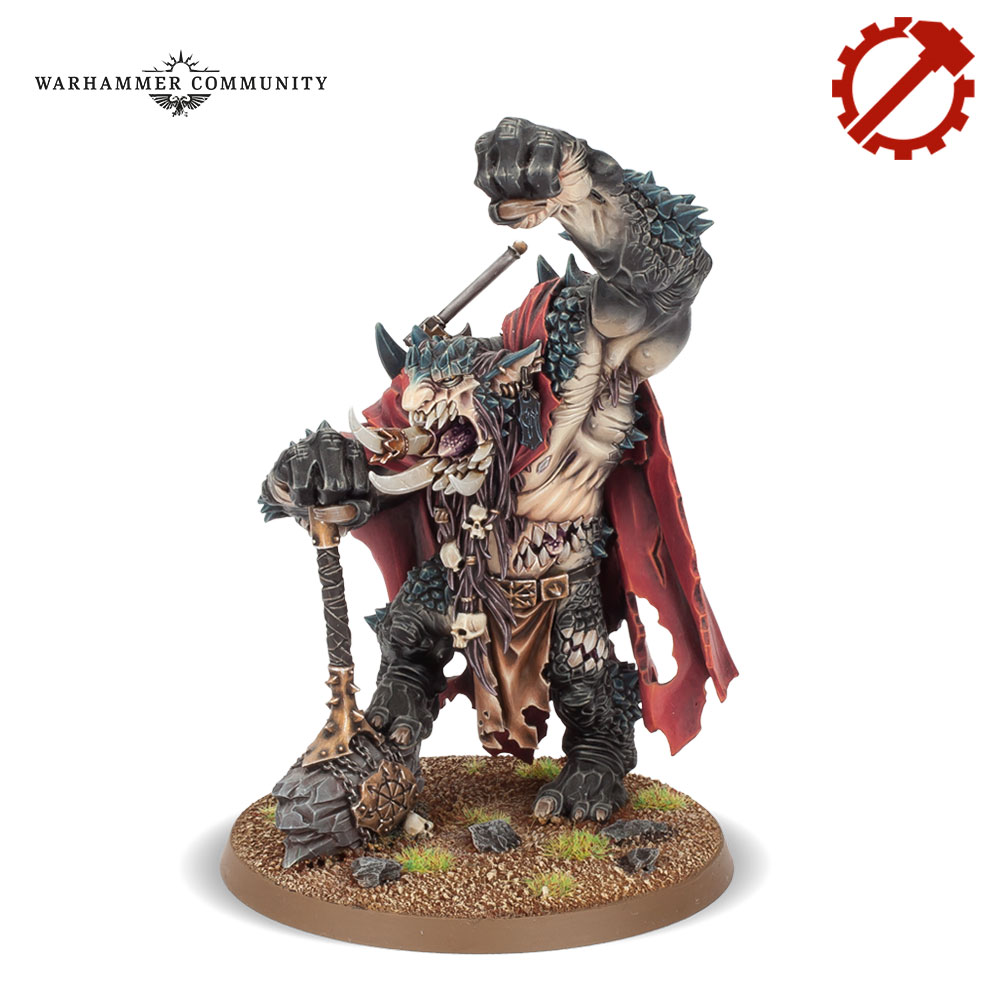 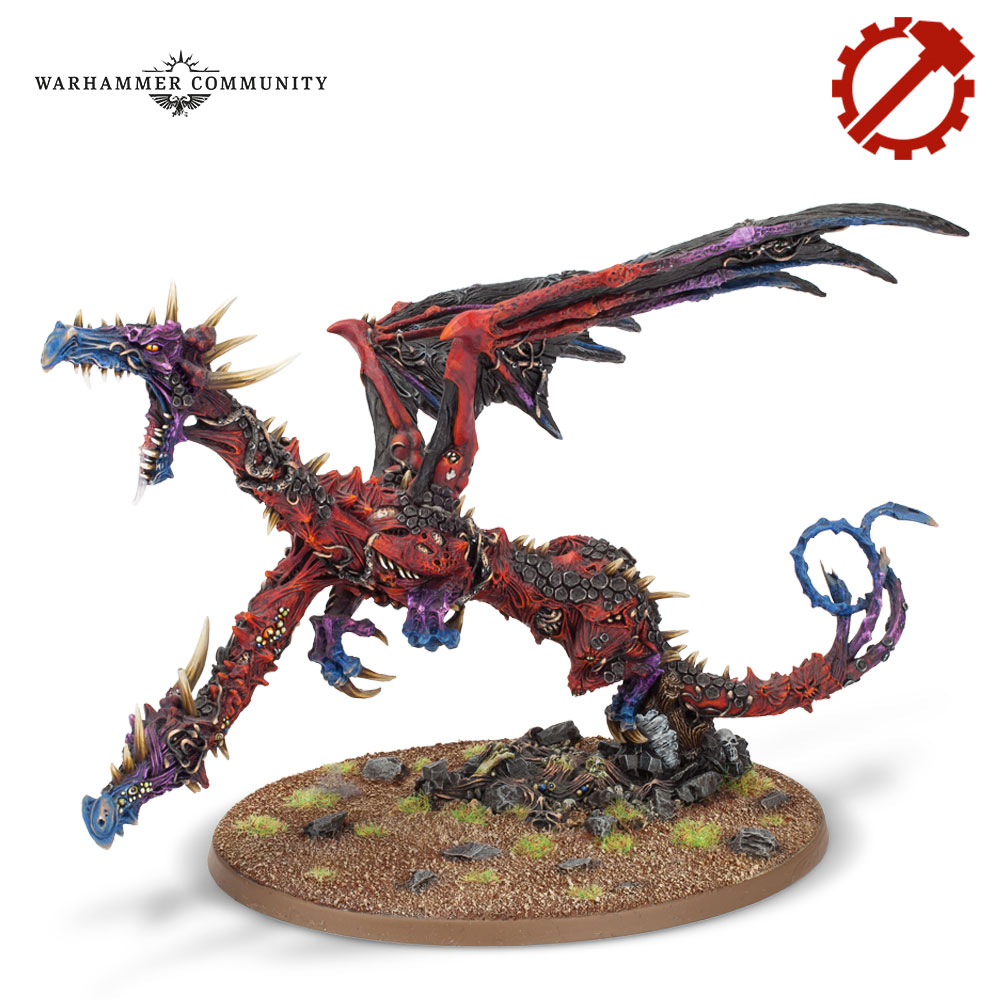 Clans Pestilens overlord Nurglitch will also be available – first of the Plague Lords and a must-have for any Pestilens fan looking to see where it all began. 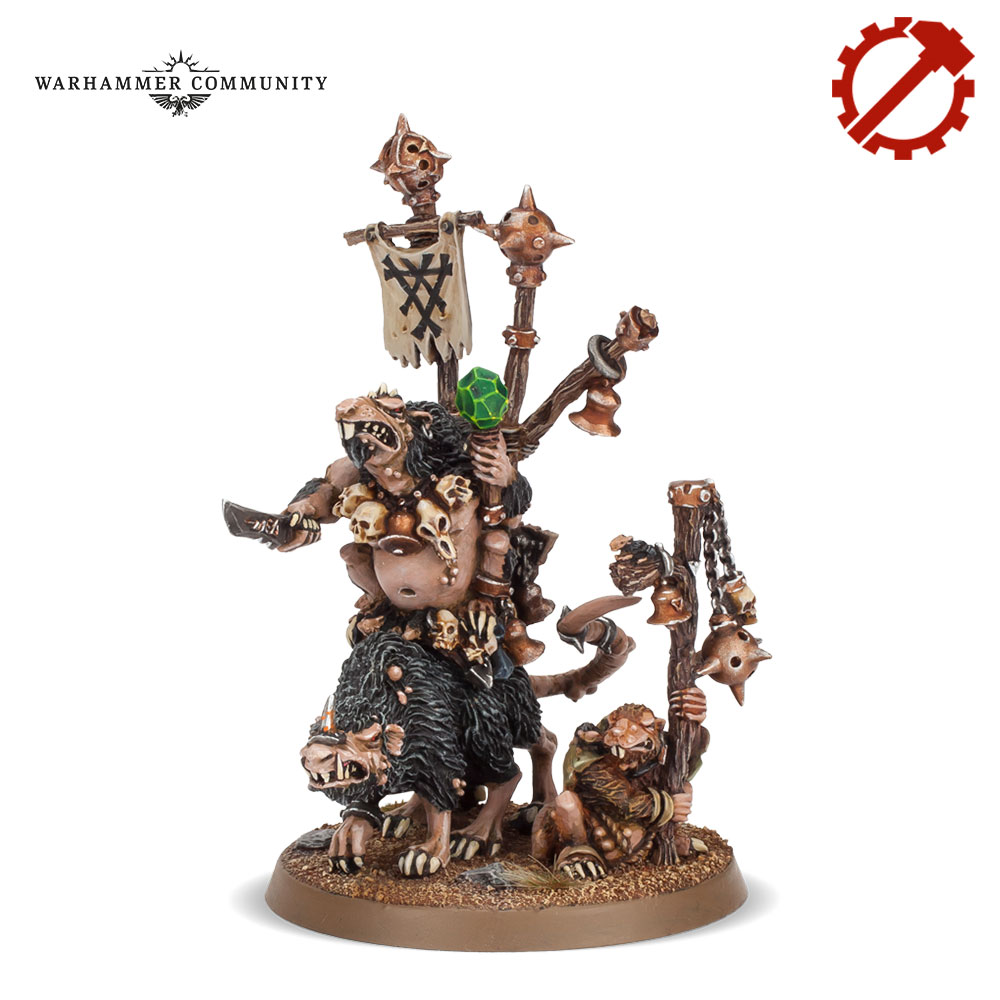 All of these models will be getting new rules in the Heroes of Legend PDF for free – ideal for narrative and open play games set in the world-that-was. You’ll have to hurry, though – you’ll only have one week to order these guys before they disappear into the mists of time once more.