Anacharis Scoria of the Dark Mechanicum is now available for pre order from Forge World! 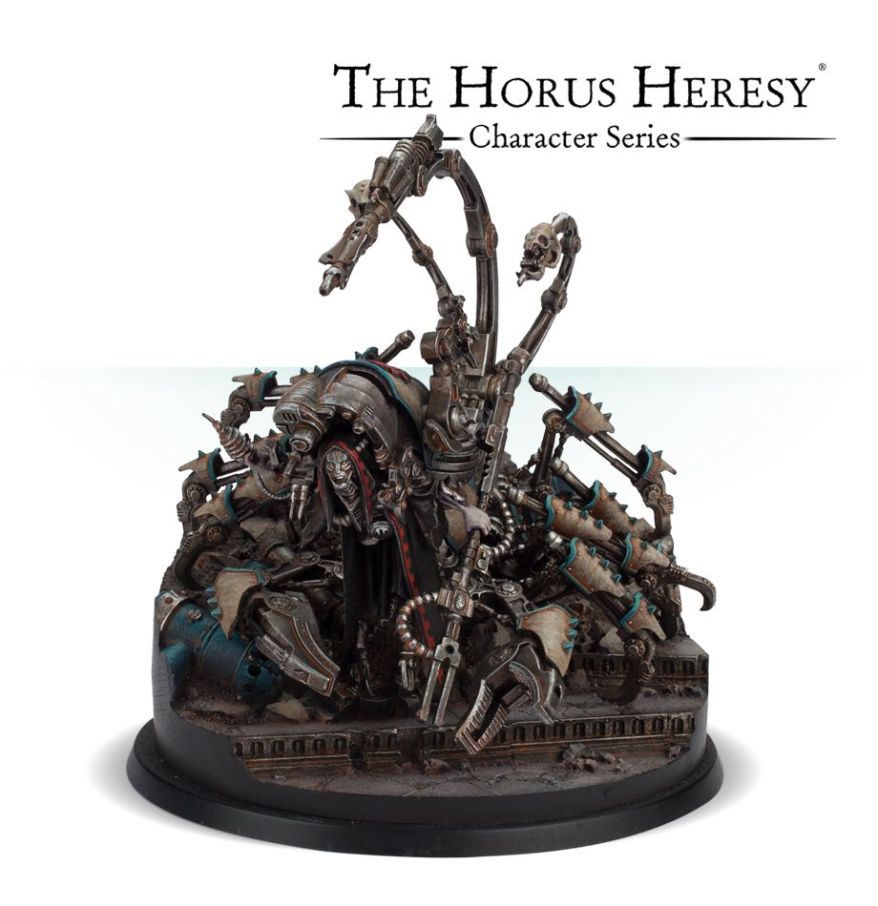 The true history of Anacharis Scoria has been lost, but there exists fragmentary evidence that places him as a Magos Dominus in the service of Xana some thirty years before the outbreak of the wars of the Heresy. It is believed he was gifted the rank and duties of the Vodian Magister – the chief enforcer of cult doctrine on his shadowed and secretive world, but some time after that he was cast down and removed from all records until the time of the Loyalist covert operation known as the Xana Incursion. In the aftermath of that disaster, its existing rulers were destroyed in a bloody coup of which Scoria re-emerged far more powerful than before to slay those who had once judged him.

Virtually obscured beneath sinister machinery and grim augmentations, Anacharis Scoria is an impressive example of just how far the Legio Cybernetica will take their modification. Visible as a face beneath a cowl – itself almost indistinguishable from the robotics and other mechanical additions that dominate the model – even Scoria’s eyes have been replaced by optical implants that stare passively from within. Far more mass is given over to the aforementioned augmentations – Scoria is dwarfed by looming devices both offensive and defensive, with 5 claws, a tail weapon, 2 sets of sensors, a drill and a scanner dragging behind, supported by his 8 legs, mounted to hydraulics and ready for action. Anacharis Scoria features a sculpted base section, depicting him walking over a section of crumbling ruin.

This resin Character Series model comes as 37 components, and is supplied with an 80mm round base. Rules can be found in The Horus Heresy Book 6 – Retribution.