Some breaking news from GenCon, it looks like we have a Warhammer 40k version of Munchkin on the way!!

Today, we are very excited to announce one such partnership – a fusion of the mutual might of two gaming titans to deliver you an experience you never knew you wanted… 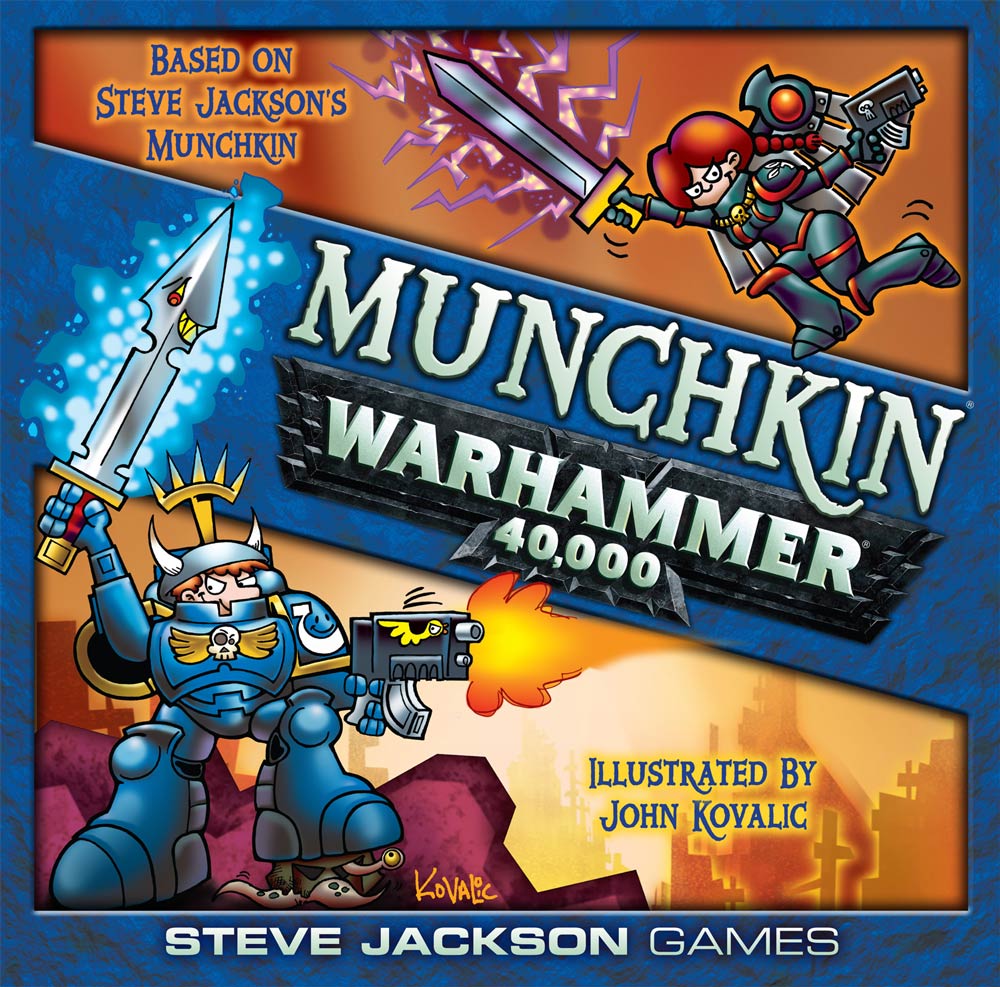 We’ll let our new friends at Steve Jackson Games give you the details:

Since the original Munchkin card game hit the market in 2001, the Munchkin brand has sold over 9 million games and accessories worldwide. Warhammer 40,000, now in its eighth edition, is one of the longest-lasting classic games of miniatures combat. Now, these two popular games are merging into a storm of carnage and weirdness guaranteed to satisfy armies of gamers.

As with all Munchkin games, Munchkin Warhammer 40,000 will combine easily with the rest of the extensive Munchkin line, including Munchkin Zombies, Star Munchkin, and Munchkin itself.

“I have never seen a game store without a Warhammer 40,000 section,” said Hackard. “It’s a pleasure to get to play around in a setting that has such a rich history and so many dedicated fans around the world!”

Although the game is not available until next year, our intrepid spies have gone deep behind enemy lines and obtained an exclusive look at one of the cards for you. Ladies and gentlemen, boys and girls, Munchkins of all ages, we present for you… Get A Pro Paint Job! 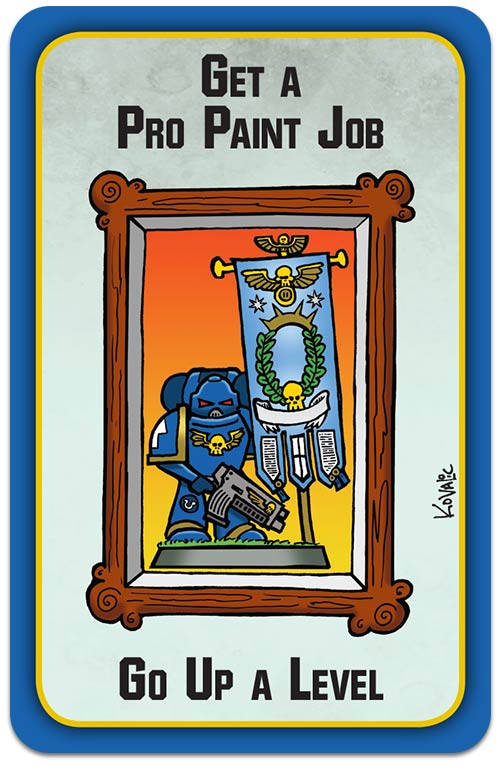 And that’s all from GenCon! Let us know what you’re looking forward to on the Warhammer Age of Sigmar and Warhammer 40,000 Facebook pages, and stay tuned for further announcements right here on Warhammer Community…