Right now over on Humble Bundle you can pick up a new RPG book set revolving around Privateer Press’s Iron Kingdom.

Warmachine and Horde are two popular tabletop games. Set in a steam punk world you control towering ‘Warjacks’ as you battle over control of the kingdom. Their are several different factions to choose from including the electrically charged Cygar and the brutal Khador. It features its own gaming mechanic which has you using your commanders to issue out orders to your warjacks. 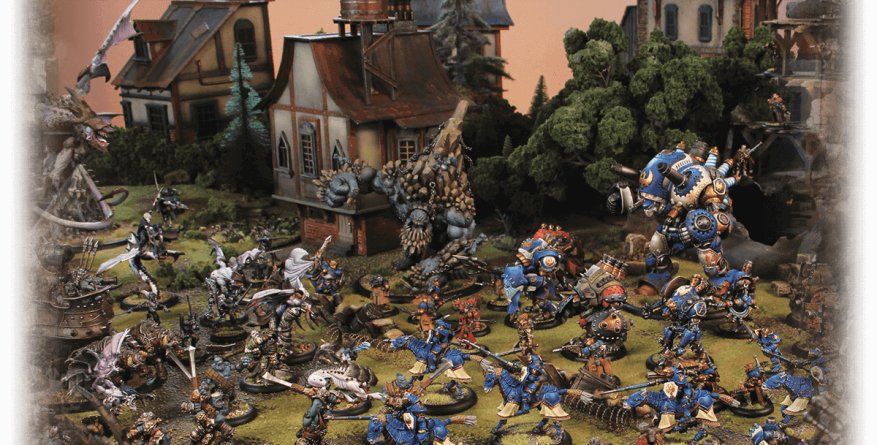 I played quite a few games of Warmachine a few years ago and really enjoyed it. This bundle has certainly re-kindled my interest, so I may have to dust off my Khador force!

The following extract is pulled from the Humble Bundle listing:

The tabletops have turned. WARMACHINE and HORDES are dynamic tabletop miniatures games set in the steam-powered fantasy world of the Iron Kingdoms. We’ve teamed up with Privateer Press for a library of ebooks to immerse you in these fantastic realms. The battlefield has been leveled, and victory lies before you!

WARMACHINE and HORDES use the same rules, and can be played independently or against each other by two or more players. WARMACHINE triumphs through tactical resource management, harnessing advanced magic, technology, and mighty mechanical constructs. Beyond the boundaries of the industrialized world, the fierce warriors and monstrous warbeasts of HORDES risk predictable strategy for the prospect of powerful rewards.

Money raised will be donated to Special Effect, a charity which helps those less able to play videogames, a hobby a number of us take for granted. I encourage you to check out their work at the following link.

Fancy the bundle or want to read more? Check it out here. At the time of writing their is 12 days left to snap this up!