Another day, another art print from the Black Library Advent Calendar 2019!

Warhammer Age of Sigmar Mortal Realms Magazine – A glimpse at the full contents!

Warhammer Age of Sigmar Mortal Realms Magazine is nearly with us, in fact it is out in January! Warhammer Community today teased the full collection that you will collect over […]

On today’s unboxing video we unbox the entire Ossiarch Bonereapers range for Warhammer Age of Sigmar! Lots of very awesome kits here, and I’m sure we will see lots of […]

Today we have an entire army up for preorder in the form of the Ossiarch Bonereapers! Christmas is also rapidly approaching, so Games Workshop also have some stocking fillers up […]

Christmas Battleforce Boxes – Which are the best value?

Today over on Warhammer Community the Red Gobbo revealed the upcoming Battleforce boxes coming this Christmas! We are going to dive into these and let you know which have the […]

We have a massive pre order on the way today with the awesome new Feast of Bones battle box and the Ogor and Ossiarch Bonereapers battletomes! There’s also goodies for […]

The Age of Sigmar Facebook page has revealed some of the new spells coming for the Ogor Mawtribes! Those massive blocks of Ogors hitting hard with a load of attacks […]

Exciting news guys! If you cast your mind back you may remember a part work series under the name of Warhammer Age of Sigmar: Mortal Realms by Hachette. Hachette always […]

You might want to sit down for this one… Ogors and Ossiarch Bonereapers in a Battle Box – pre order next weekend!   How cool is that? I have to […] 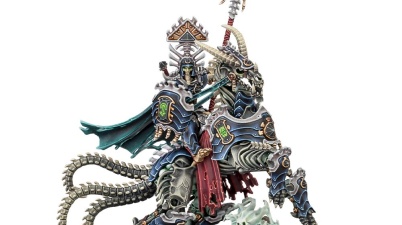 Looks like we might have a release window for the awesome Ossiarch Bonereapers! Tony Moore over on Twitter shared that he is on the Warhammer TV stream on 30th October […] 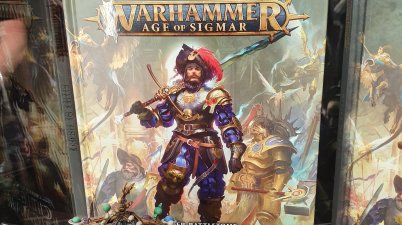 An Age of War (Hammer) The light of Sigmar shines down across the Mortal Realms, reclaimed by the God-King and his champions. But there was another time, another age, another […]

How To Train Your Skull Host of Khorne

How to train your Skull Host of Khorne The Mortal Realms are filled with a multitude of big gribbly beasties, horrific daemons and creatures of nightmare – but none are […] 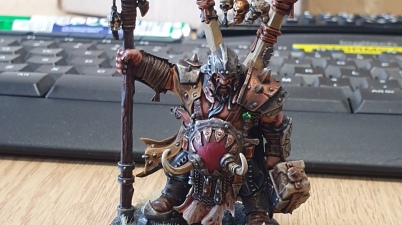 A little bit of news today for those excited about Ogor Mawtribes! We received the below image in our inbox today showing what looks to be details of new scenery […]

In our latest video we take a look at the awesome magnetic movement trays from MiniMag tray! Thanks again to MiniMag Tray for providing these demo trays to review! If […] 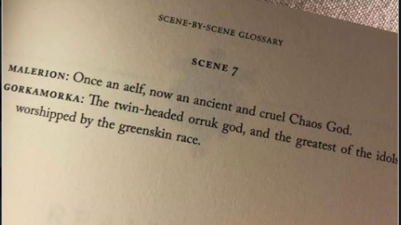 Malerion is a Chaos God?!

Some interesting news out of Facebook tonight… It seems that Malerion is now a Chaos God!! What does this mean for the Pantheon, and will we see his faction soon […] 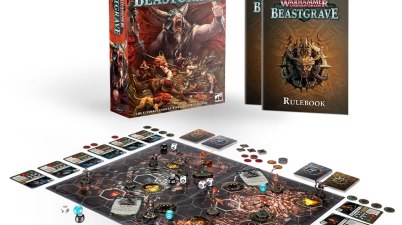 Awesome news from Warhammmer Community, Warhammer Underworlds: Beastgrave is on the way! We are big fans of Underworlds on Sprues and Brews, so are looking forward to this new starter […]