Next Week – Blood Angels and Battleforces!

Christmas is on it’s way, and Games Workshop have got the usual festive bundles up for pre order! These often sell out VERY quickly, so make sure to hit the Games Workshop site at 10am on Saturday if you want one. That’s not all though, as the Blood Angels Codex is also up for pre order alongside the new multi-part assault intercessors and the Gladiator tank! Finally we have some Middle-Earth reinforcements in the form of Gundabad War Bats! Here’s all the details from Warhammer Community!

The holidays are inching closer, which means it’s almost time to order your Battleforces! With offerings for both the 41st Millennium and the Mortal Realms, you’re sure to find one (or more, we won’t judge) that you’ll want to pick up while you can. This coming week also brings goodies for Forge World and Black Library. Watch this to get a quick hit.

As you can see, it’s going to be another awesome week in the hobby. Now, let’s take a look at these Battleforces, shall we? 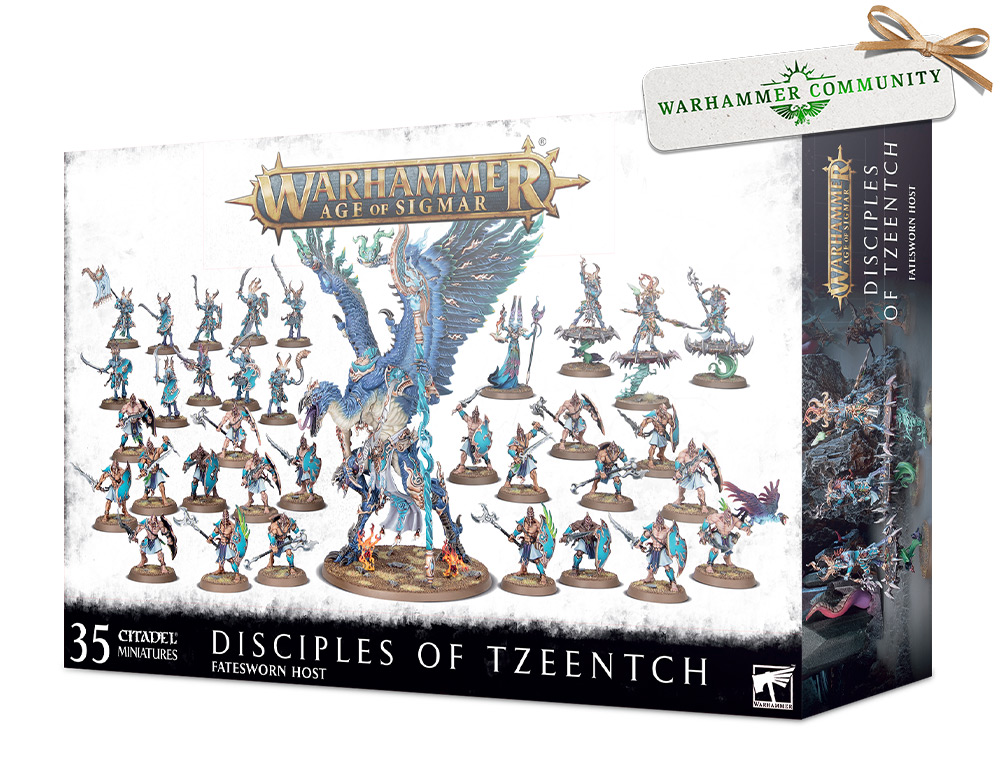 Massed mortal infantry supported by a greater daemon of Tzeentch? We have a feeling this box is just what you’ve been planning on collecting… 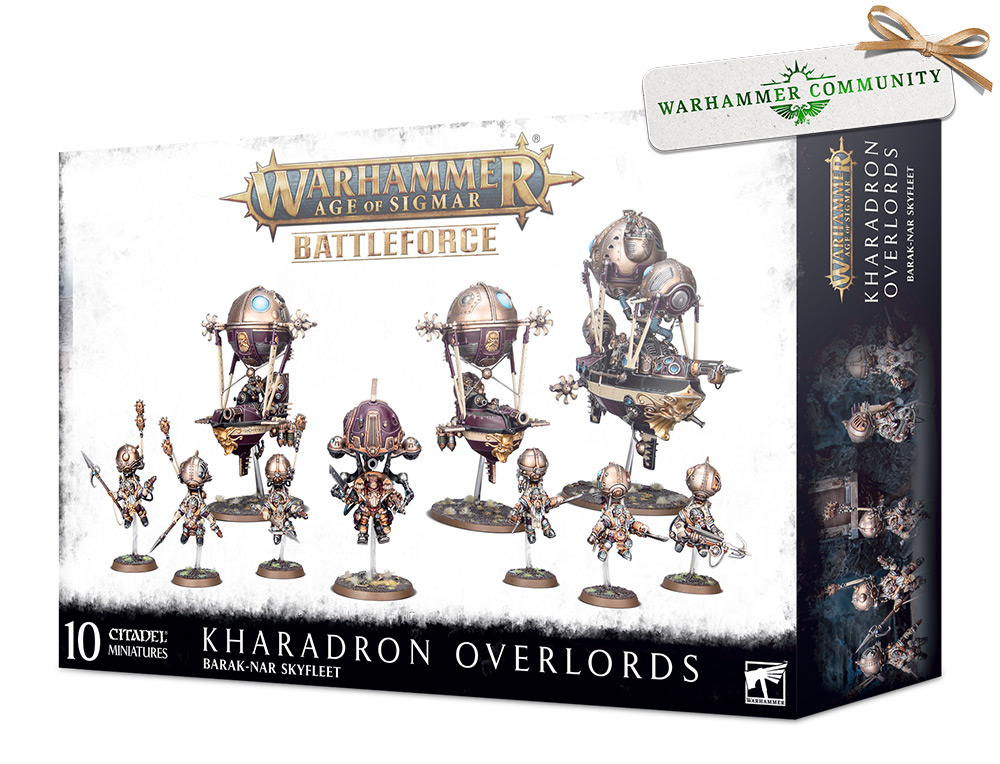 Plunder the realms and turn a tidy profit with this airborne force of Kharadron Overlords, led by none other than Lord-Magnate Brokk Grungsson. 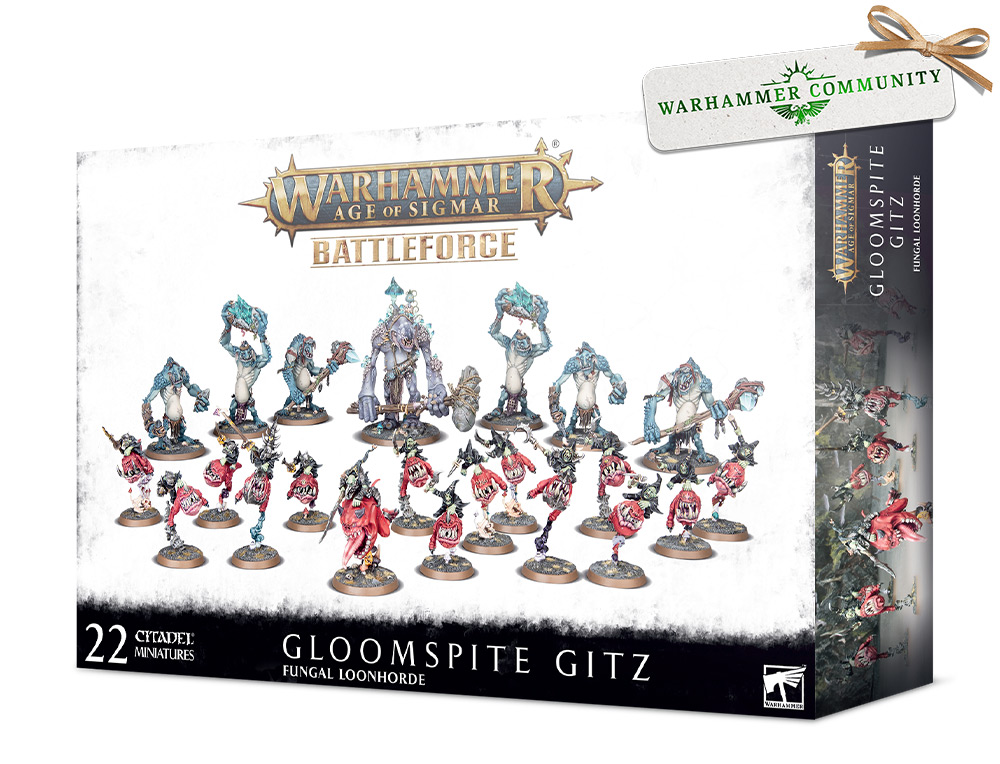 Loads of troggoths and loads of squigs – need we say more? This mix of heavy-hitters and cheap-and-cheerful infantry will please any fungus-loving Gloomspite Gitz fan. 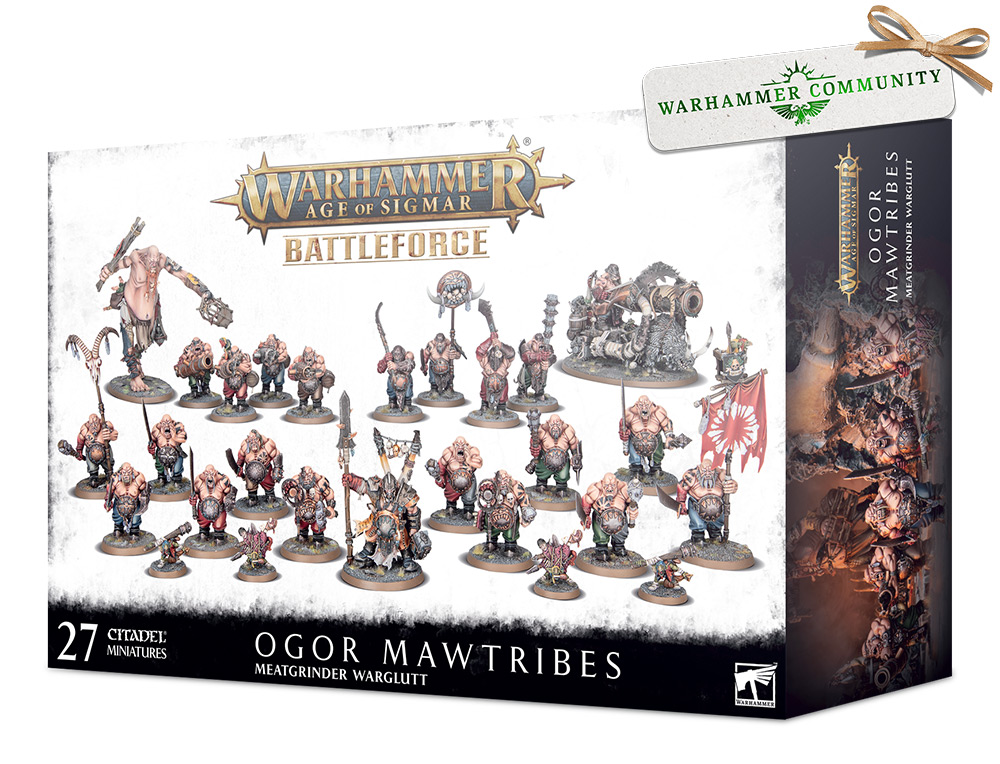 This well-balanced army of ogors is ready to devour the realms, led by a Tyrant and supported by an Aleguzzler Gargant!

All of these Battleforce boxes offer incredible value – they’re perfect to take the next step after a Start Collecting! set, expand your existing collection, or jump into a totally new army with both feet! And we’ve got a host of them for Warhammer 40,000, as well. 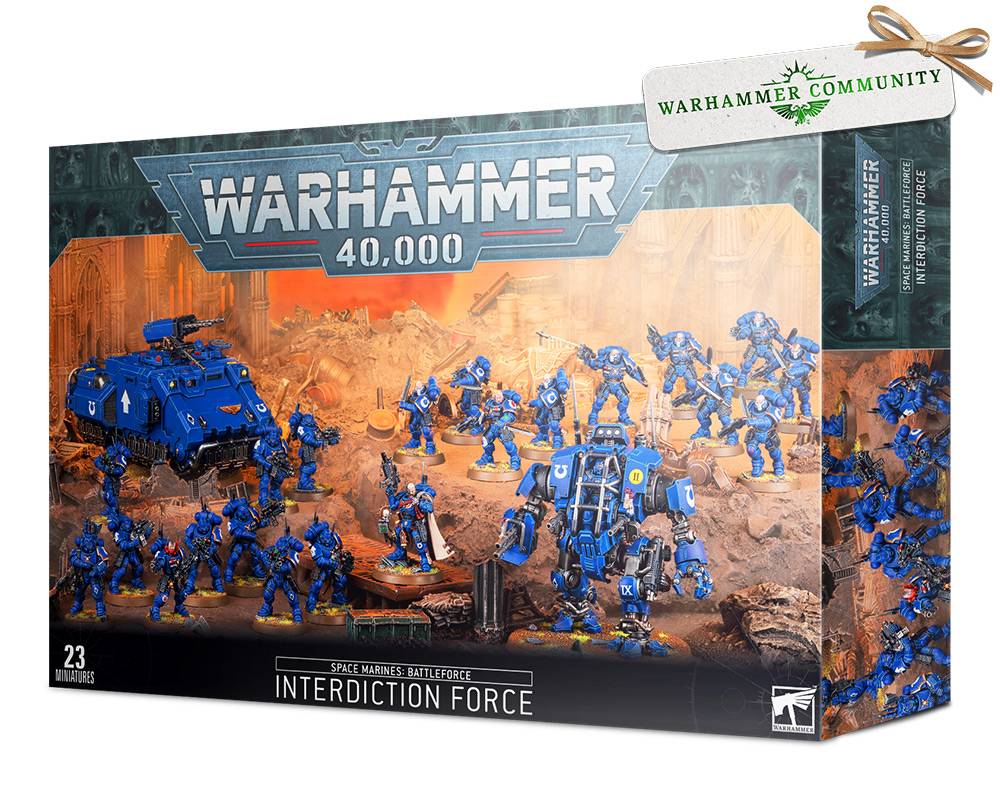 This set contains a highly mobile force of Vanguard units, including an Impulsor and an Invictor Tactical Warsuit, plus all the Phobos armour you could want! 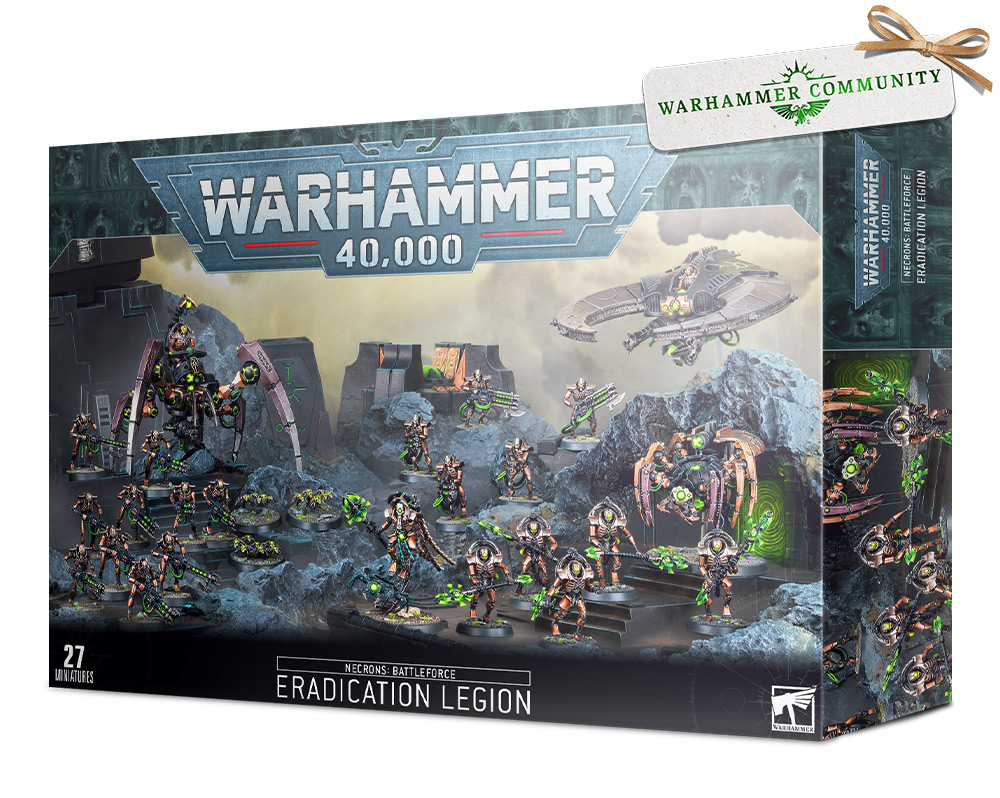 This box is a great way to expand on the contents of the Indomitus box or any of the starter sets, and it includes an imposing Triarch Stalker and a swift and deadly Doom Scythe! 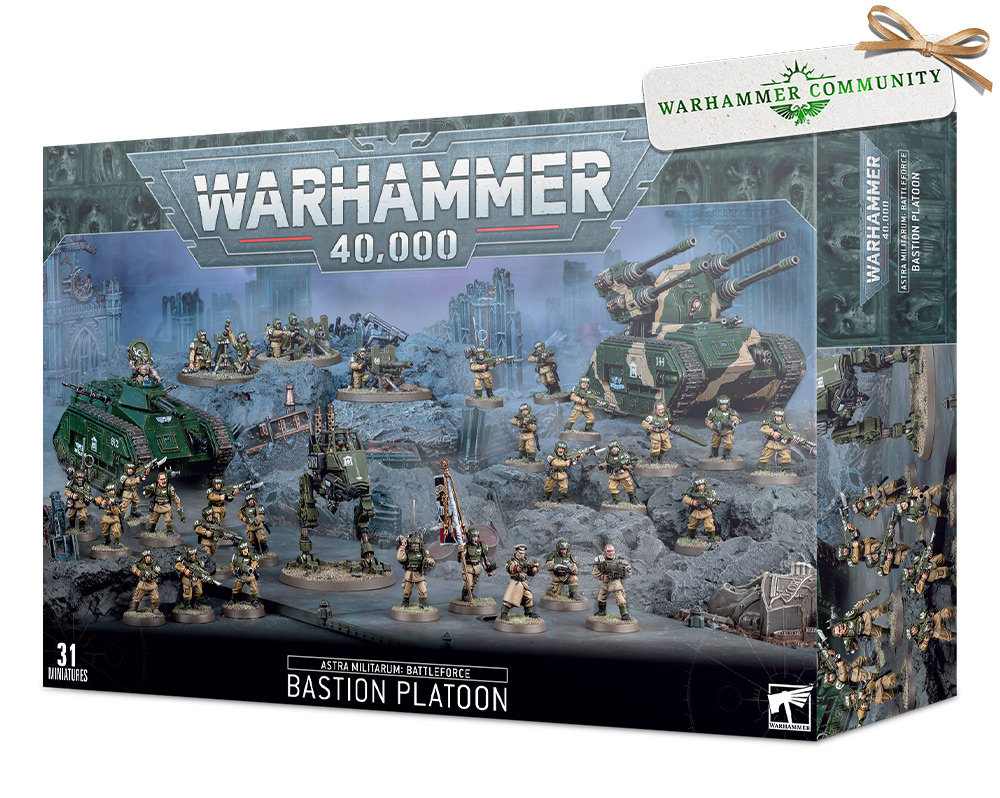 This solid collection of ground-pounding units, along with a few choice support vehicles, will form the core of a great collection. Feeling a bit heretical? Recruit them into a Genestealer Cult! 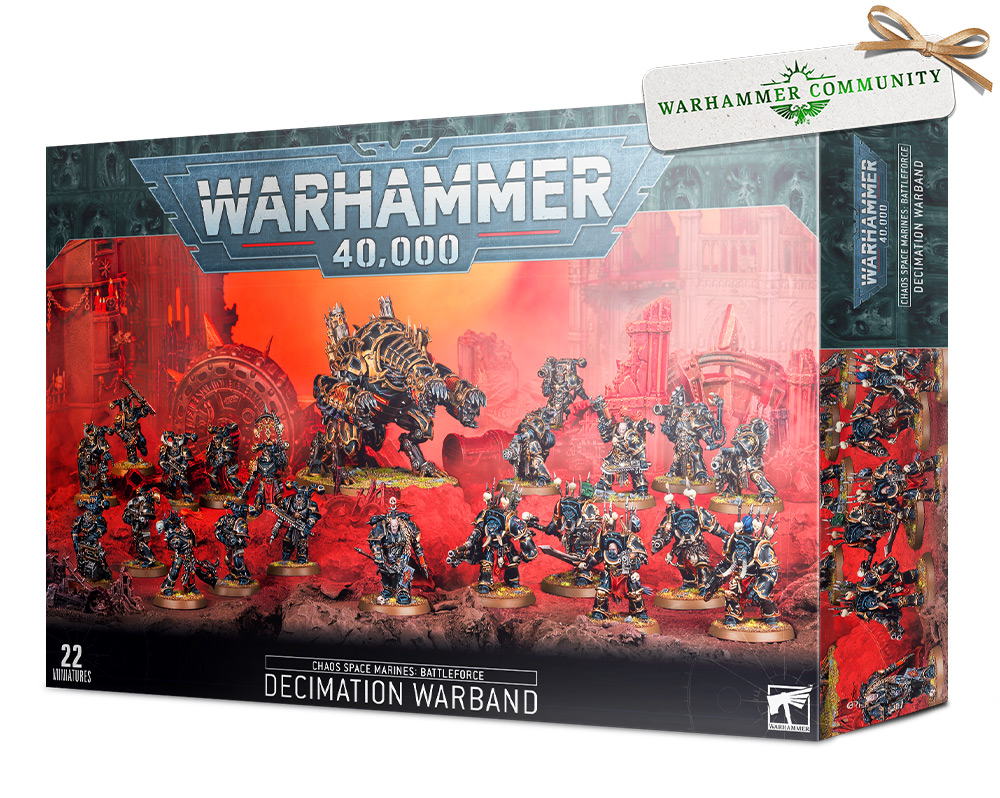 Stuffed with heavy infantry, a Chaos Lord to lead them, and a massive Maulerfiend (or Forgefiend) to offer support, this is a force with which to overthrow the galaxy. 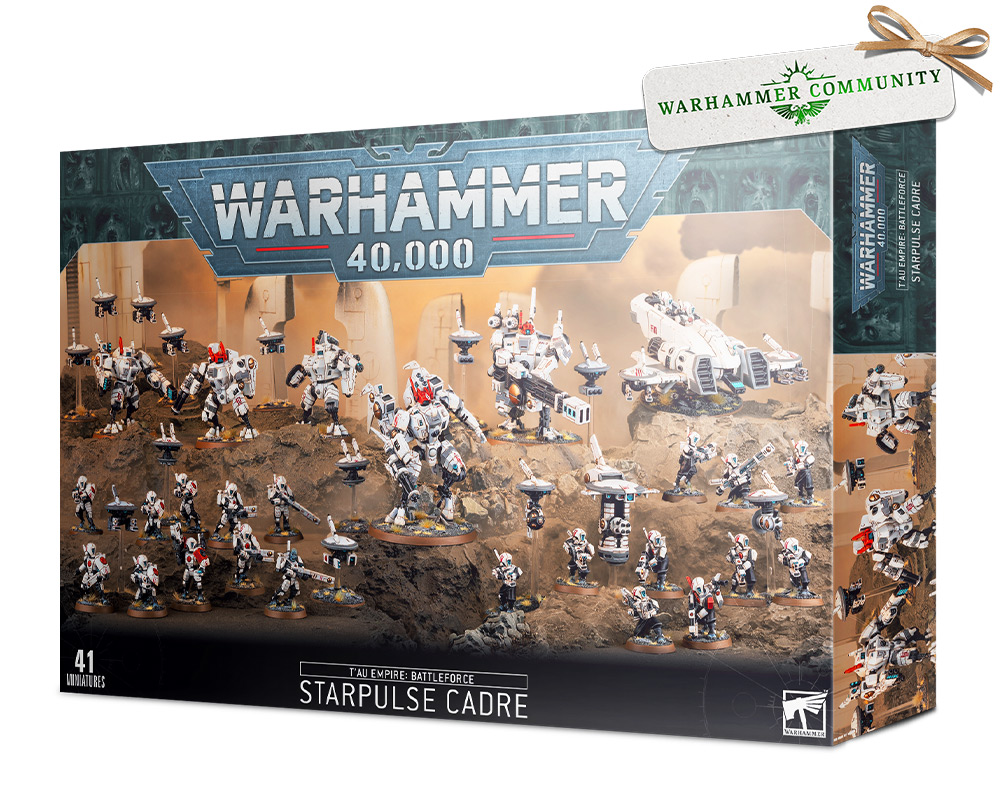 Loads of battlesuits, a variety of infantry, plus a Piranha for good measure! You can do a lot of Greater Good with this box. 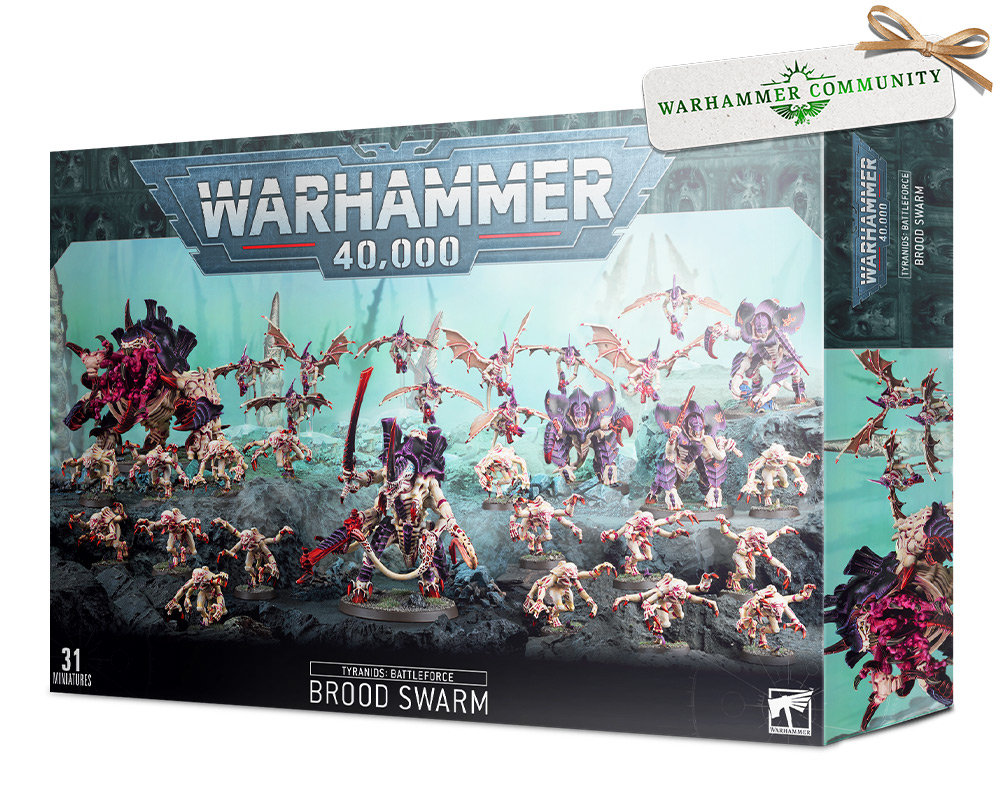 Genestealers, Gargoyles, and a bunch of big beasties? This box is sure to sate your hunger… for a while.

We expect these Battleforces to go quickly, so start making plans to secure the ones you want and set a reminder for this coming Saturday when they go up for pre-order.

The sons of Sanguinius have their day with a supplement covering their rich history, heraldry, and specialised units, alongside unique rules for the Blood Angels and some of their successor Chapters. It’s available in both a handsomely-appointed collector’s edition… 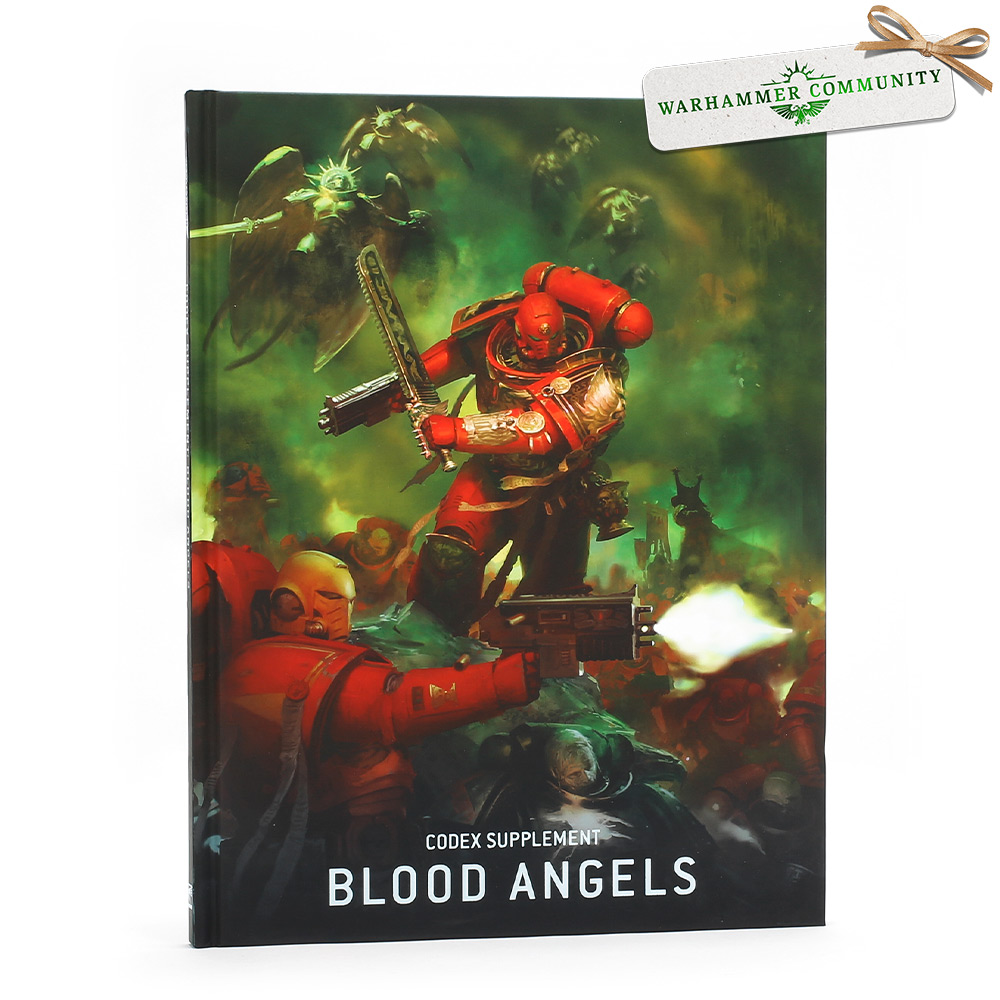 …and the standard hardback version. 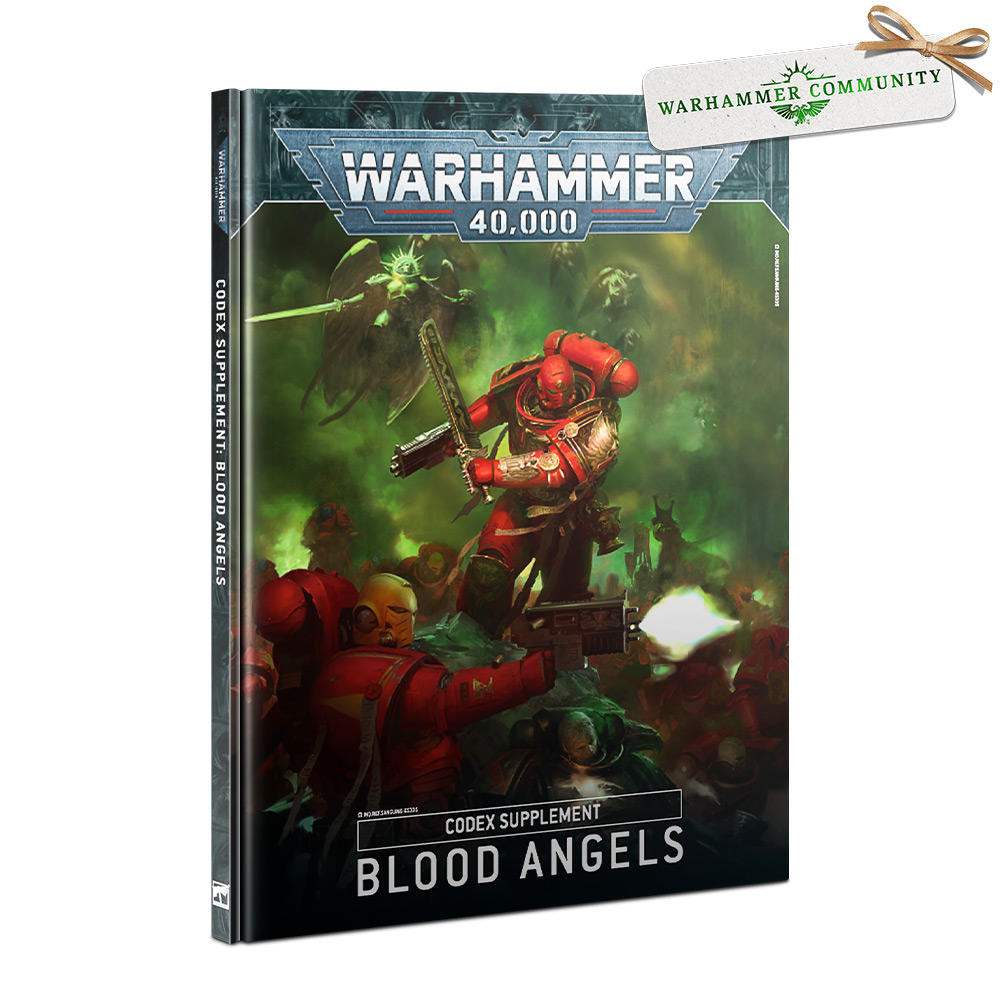 You’ll also be able to pick up a deck of Blood Angels Datacards to help you keep track of their Stratagems, psychic powers, and new Death Visions. Tune in later this week to learn more about those.

Of course, no major release is complete without themed dice, and these sinister black and red numbers fit the Blood Angels’ brooding personality to a tee. 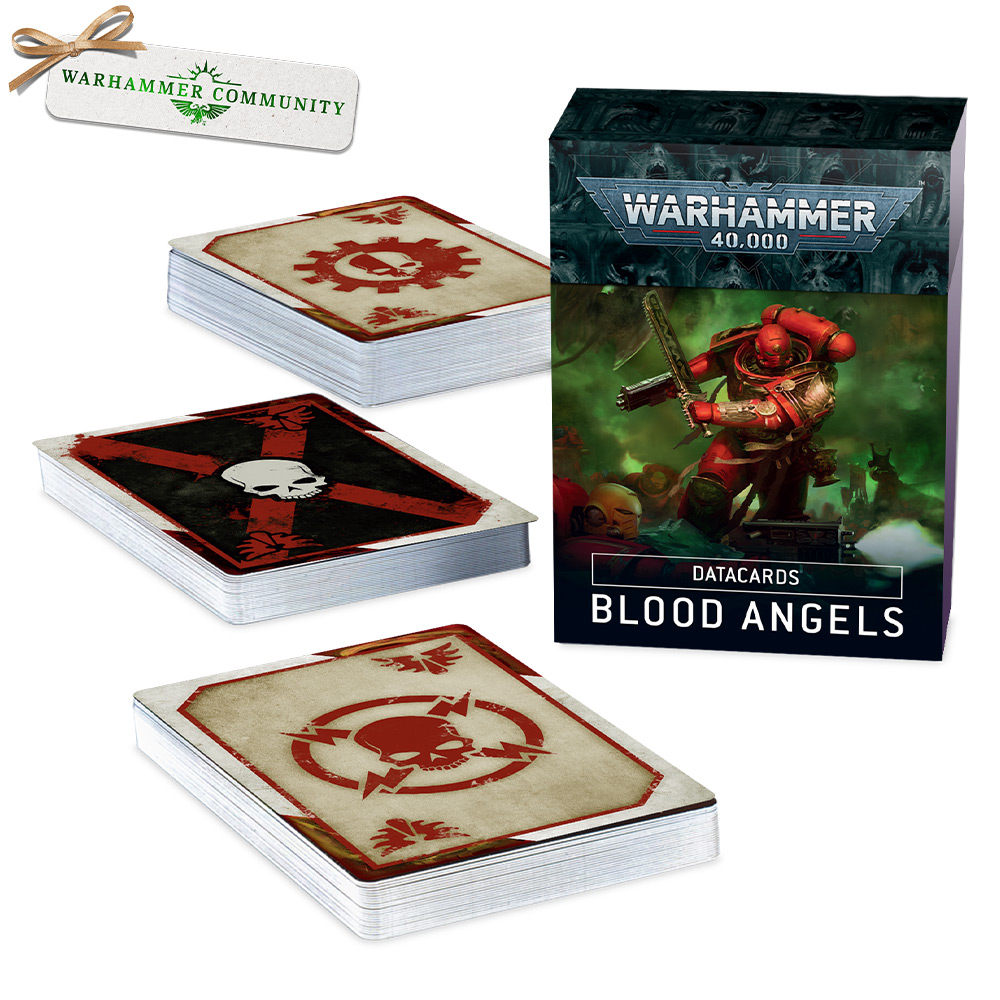 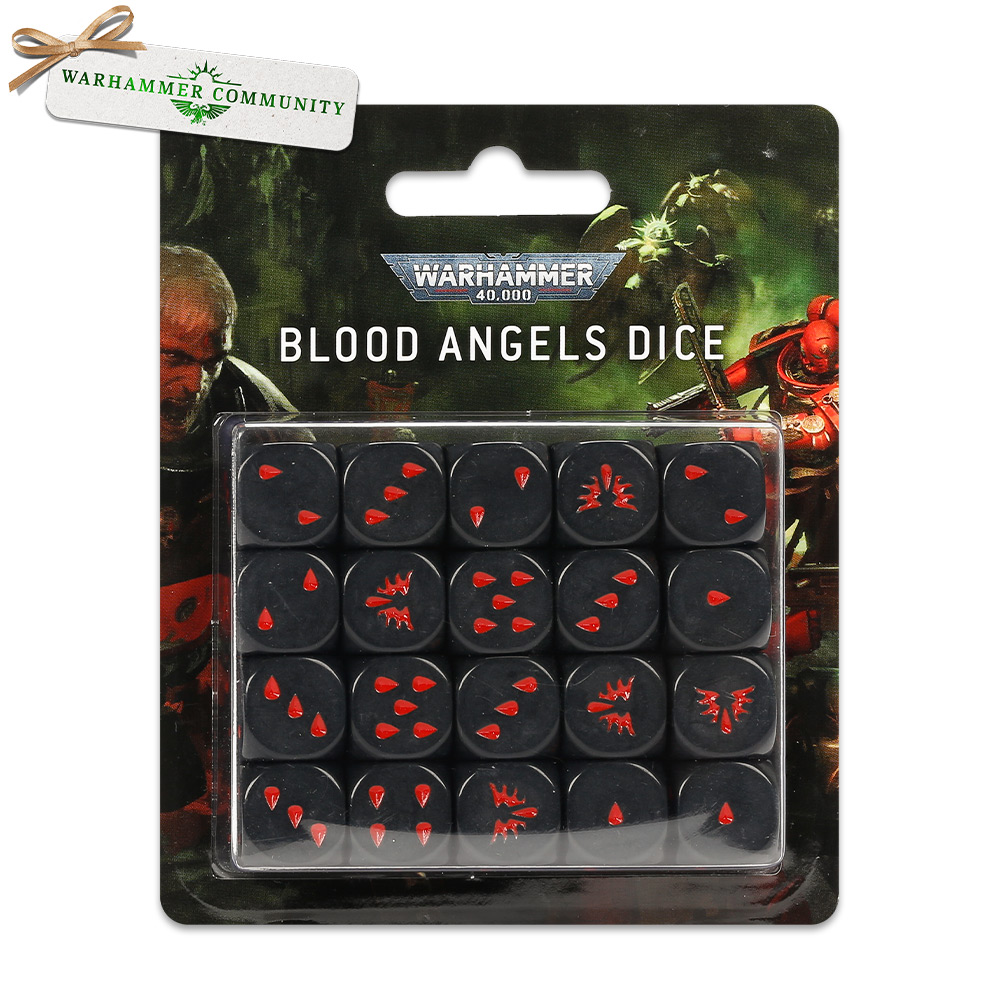 Alongside the book, the Blood Angels are getting some reinforcements. Kick off your force with Combat Patrol: Blood Angels. 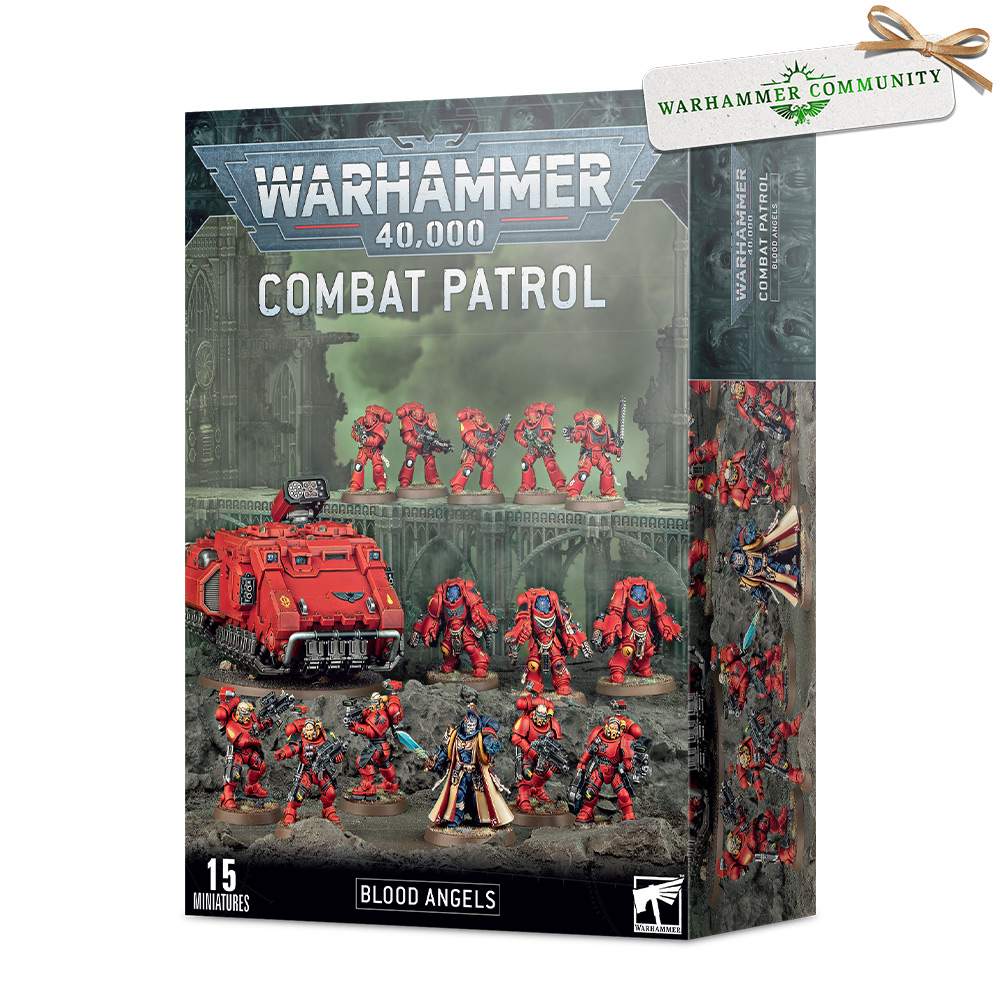 You’ll get a hard-hitting core of troops, a Librarian to lead them, an Impulsor, and a pair of Blood Angels upgrade frames to add battle honours.

Expand your force even further with a box or two of Death Company Intercessors. 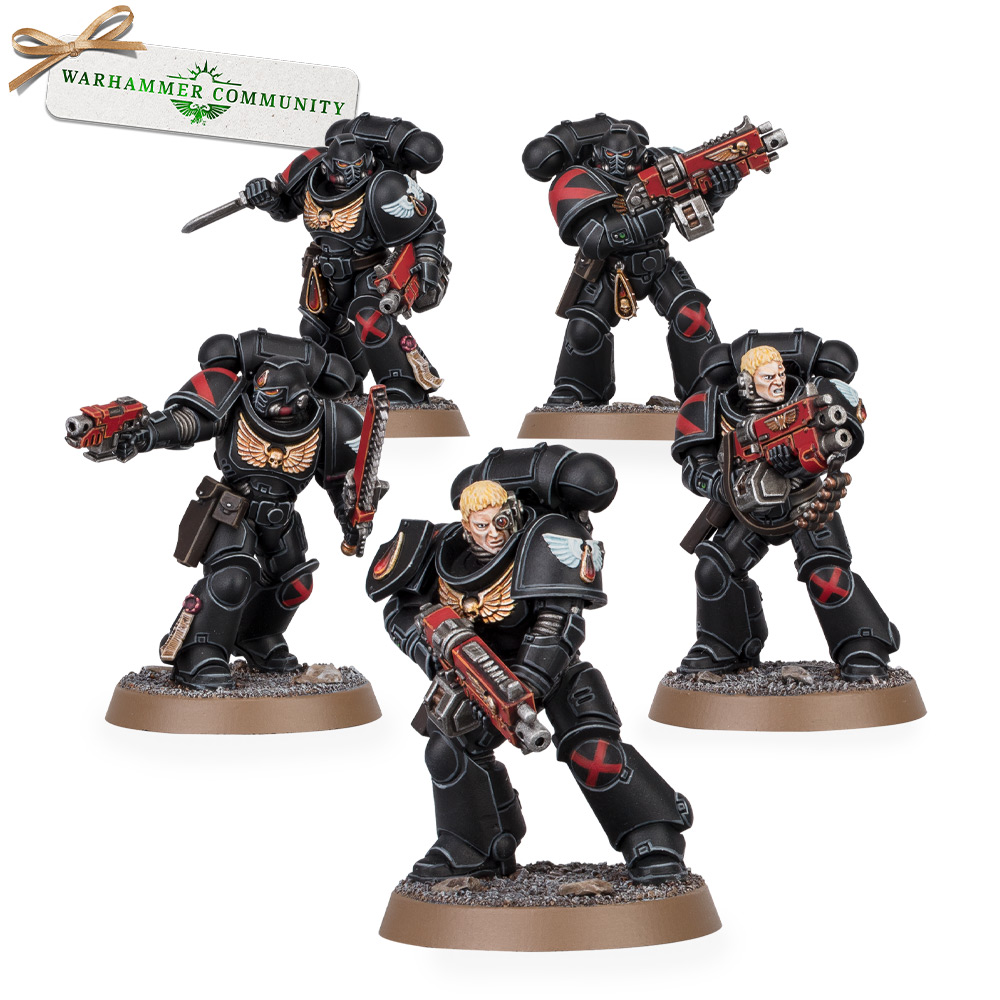 This kit includes five multipart Intercessors, plus a Blood Angels upgrade frame to add a bit of extra bling. As before, the Death Company can be kitted out with a variety of weapons, so grab a box of Assault Intercessors to mix and match for a thematic, diverse squad. 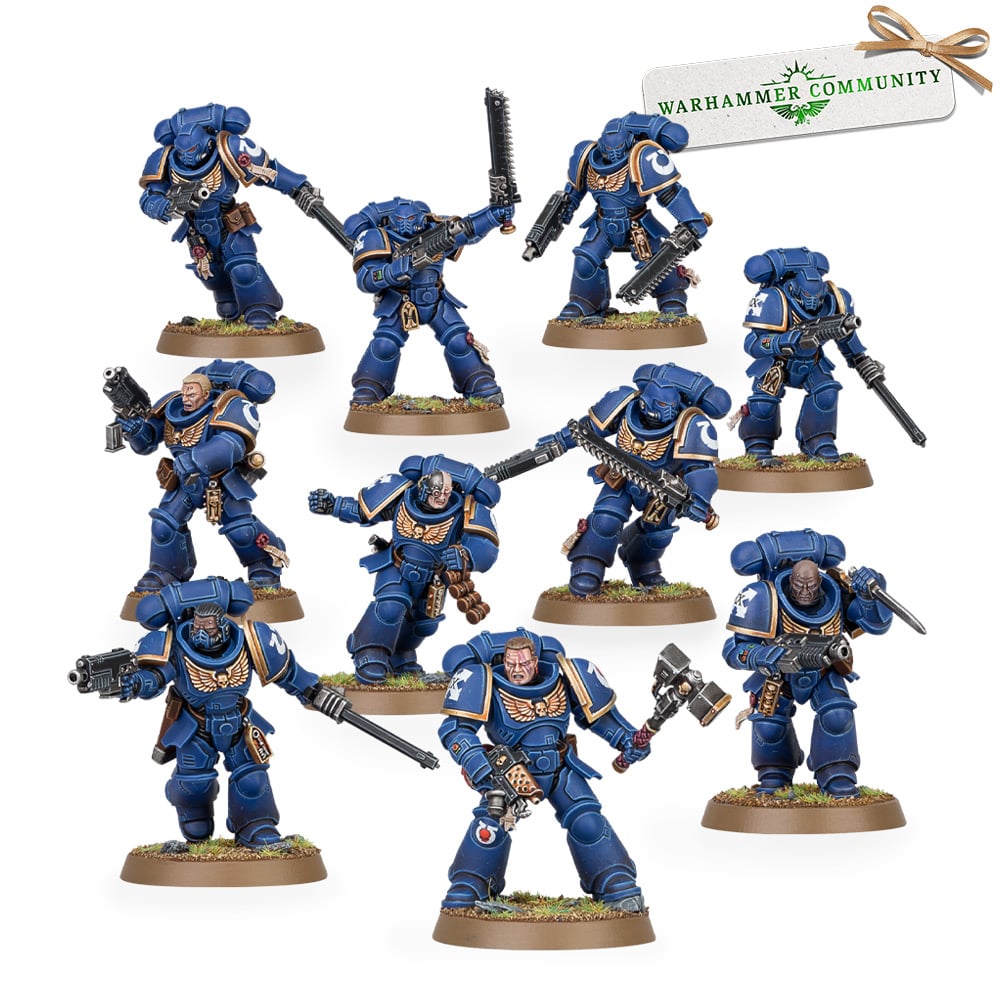 This multipart Assault Intercessor kit contains loads of new weapon options and poses, enough to build a full squad of 10, including several options for the Sergeant’s equipment.

Finishing off the incoming Warhammer 40,000 pre-orders is the first main battle tank for Primaris Space Marines, the tremendously powerful Gladiator! 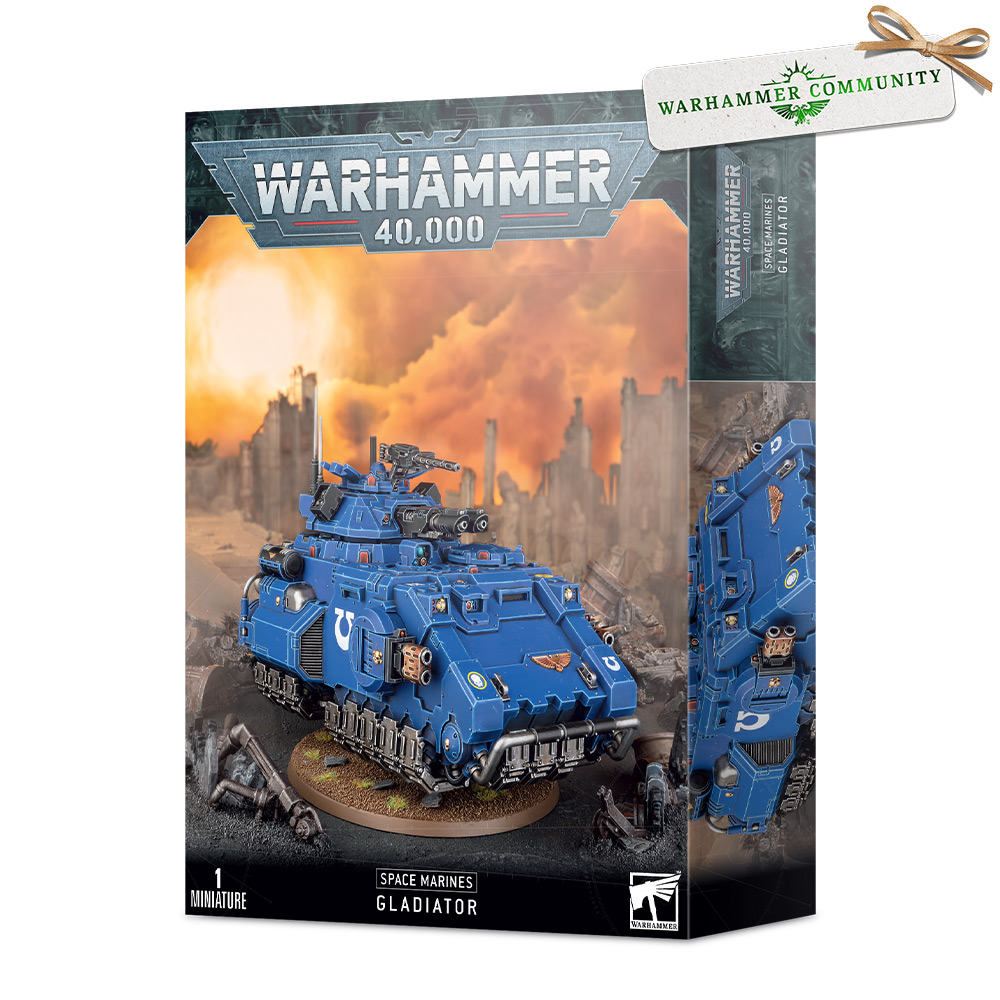 Armed with one of three different load-outs to handle various opponents, there’s a Gladiator – or two, or even all three – to complement every army. 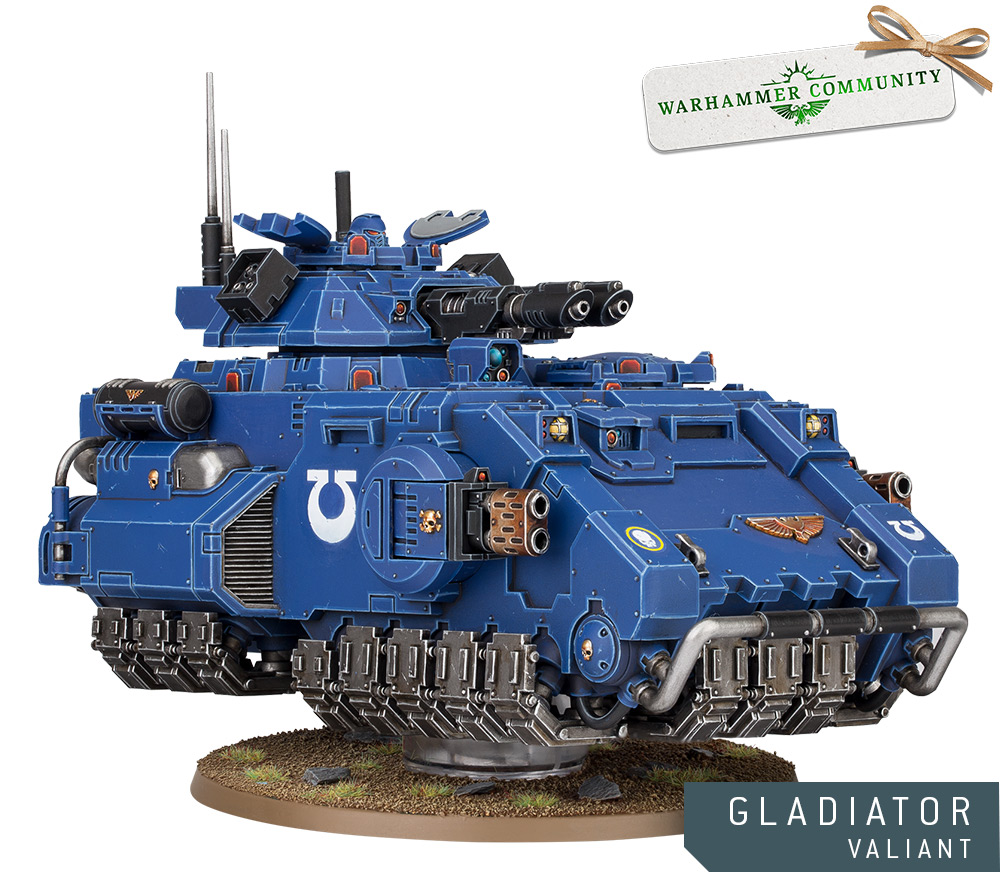 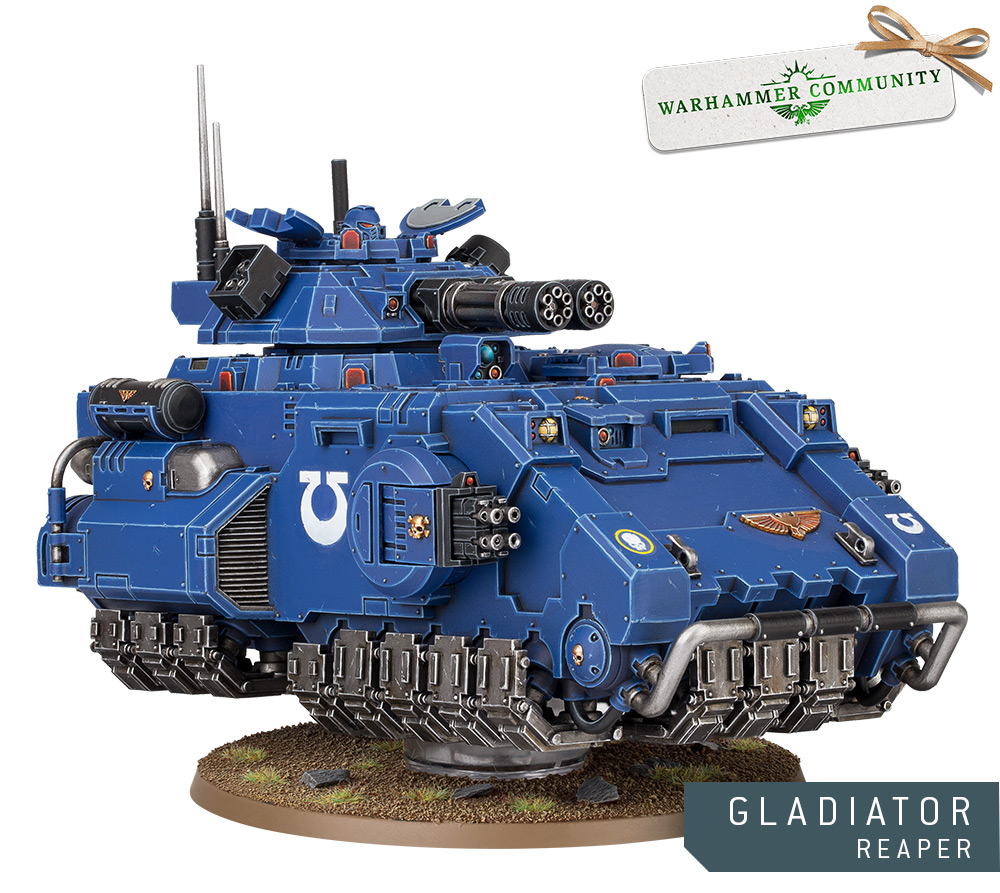 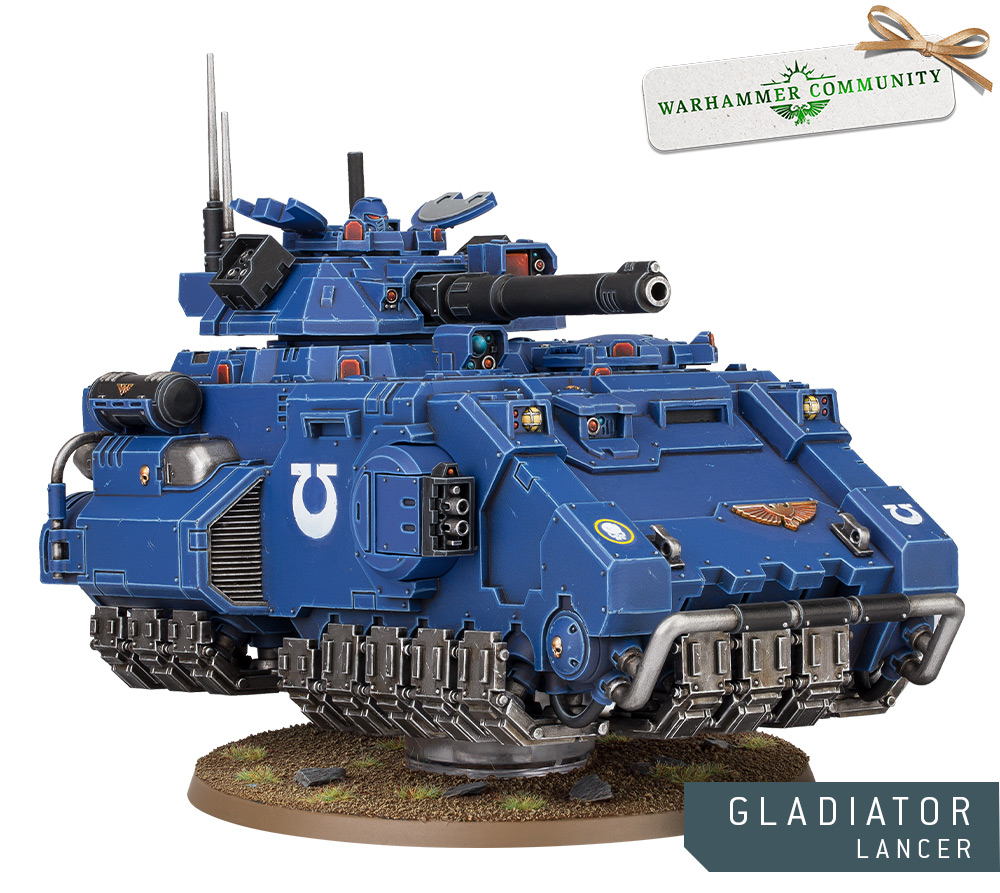 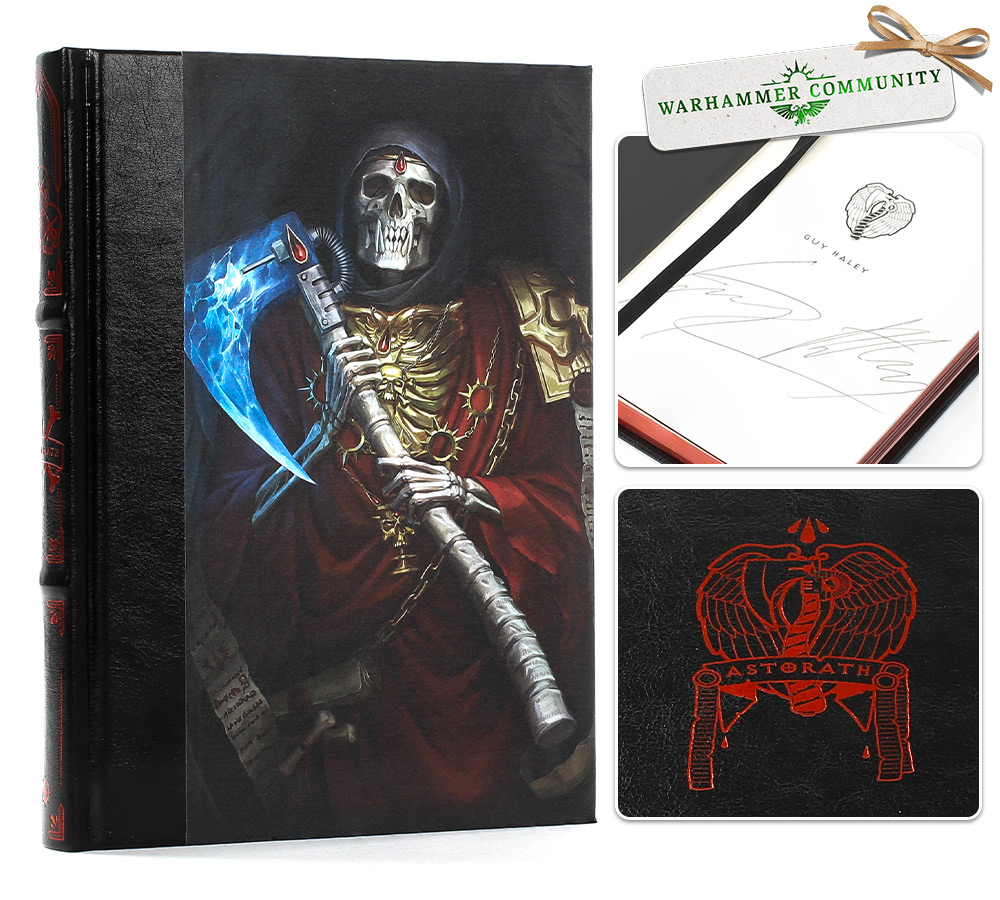 One of only 1,250 copies, this beautiful book is signed by the author and will look fantastic on your shelves. Of course, it’s a cracking story to boot, focusing on Astorath, Lord High Chaplain of the Blood Angels, as he seeks to aid the Red Wings Chapter – who are rumoured to have mastered the genetic curse of the scions of Sanguinius. The book also contains Guy’s short story, ‘The Redeemer’.

Looking for something to listen to while you paint up your models? Nexus + Other Stories will be available to pre-order in audiobook format this Saturday. 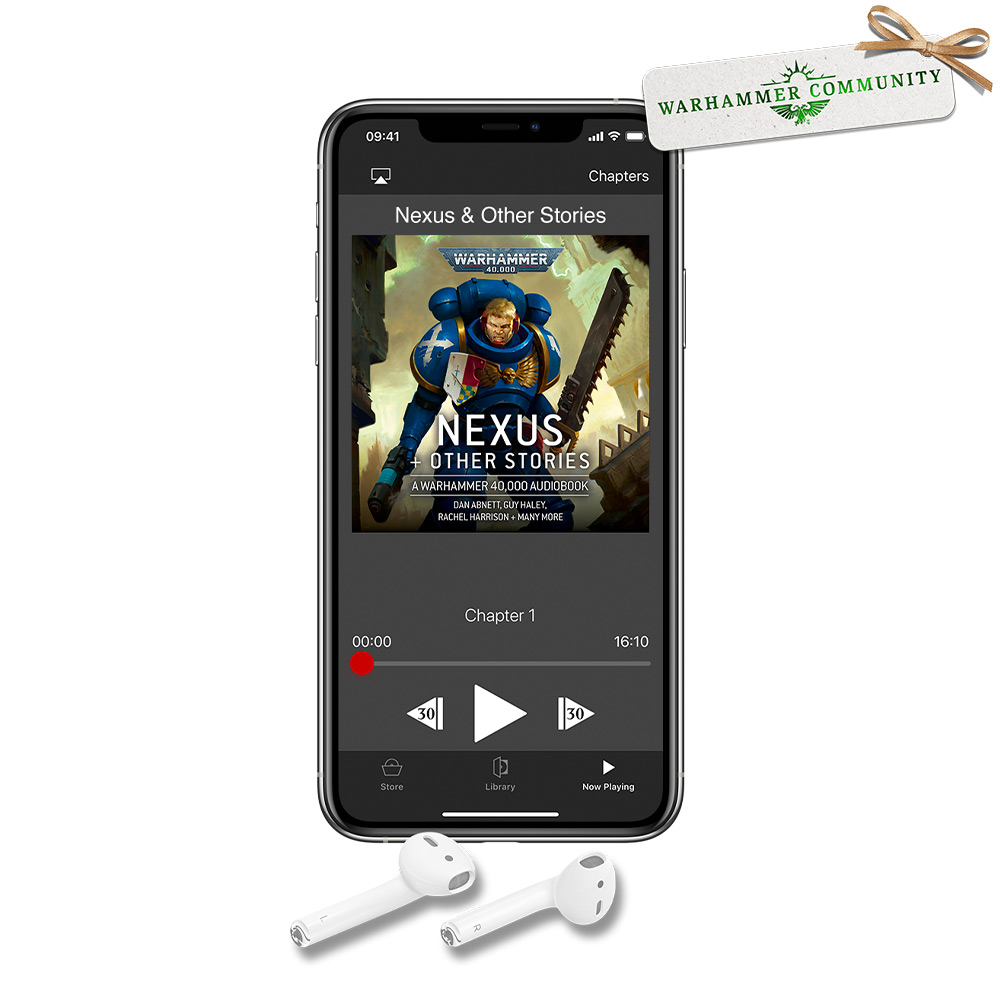 This collection includes a novella, plus more than a dozen short stories that explore many of the factions across the galaxy. It’s as exciting for someone just getting started with Warhammer 40,000 as it is for seasoned veterans.

And now let’s check out what’s new in the Middle-earth Strategy Battle Game.

Looking for an ideal harassment unit to complement your Azog’s Legion armies? We’ve got just the thing. Two of them, actually. 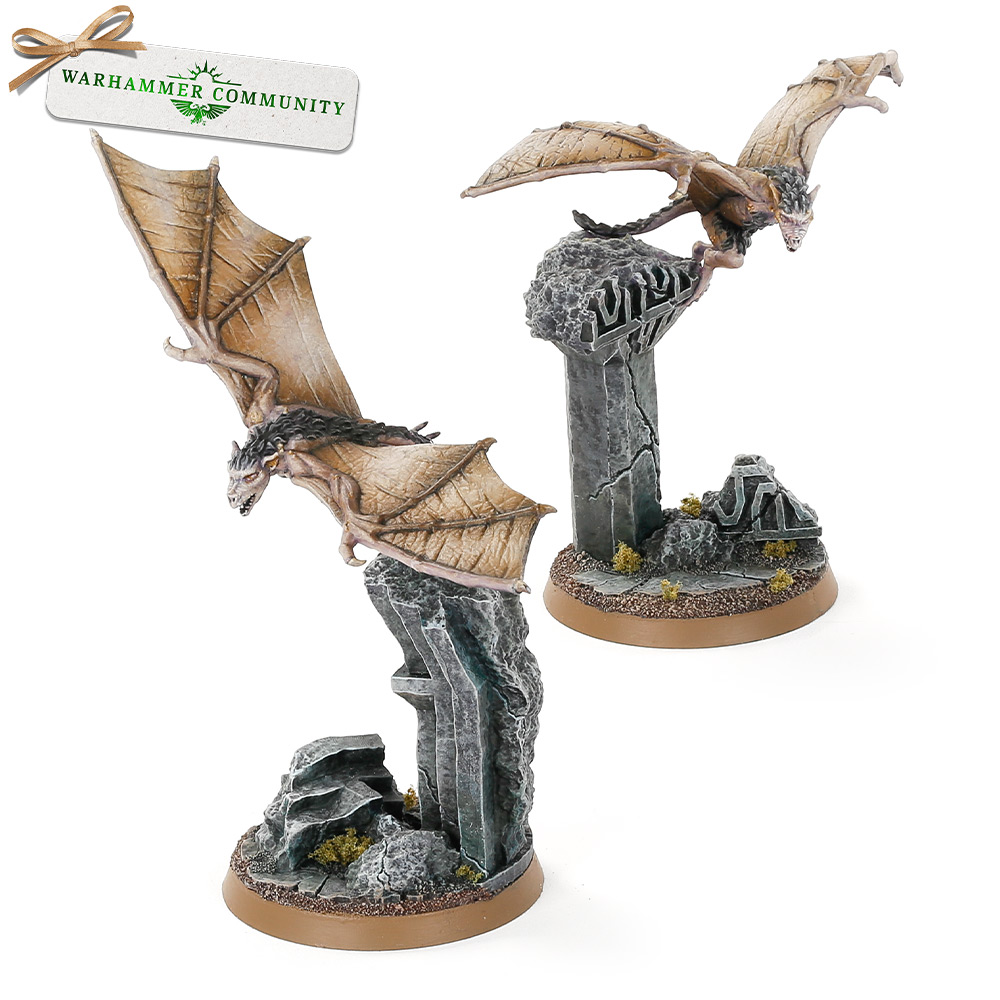 These unnatural, man-sized War Bats are bred by Azog’s servants in Gundabad. They soar ahead of Bolg’s armies, flying behind enemy lines to snatch at vulnerable archers and war machine crews with their razor-sharp talons. Pre-order them on Friday!