Good news for fans of Cubicle 7‘s Warhammer Fantasy Roleplay! Rough Nights and Hard Days is up for pre order right now for £26.99 as part of their 10th anniversary celebrations! It’s out Q3, but you also get a copy of the PDF right now if you order! I’ll certainly be doing that after recording tonight’s podcast!

Here’s all the details: 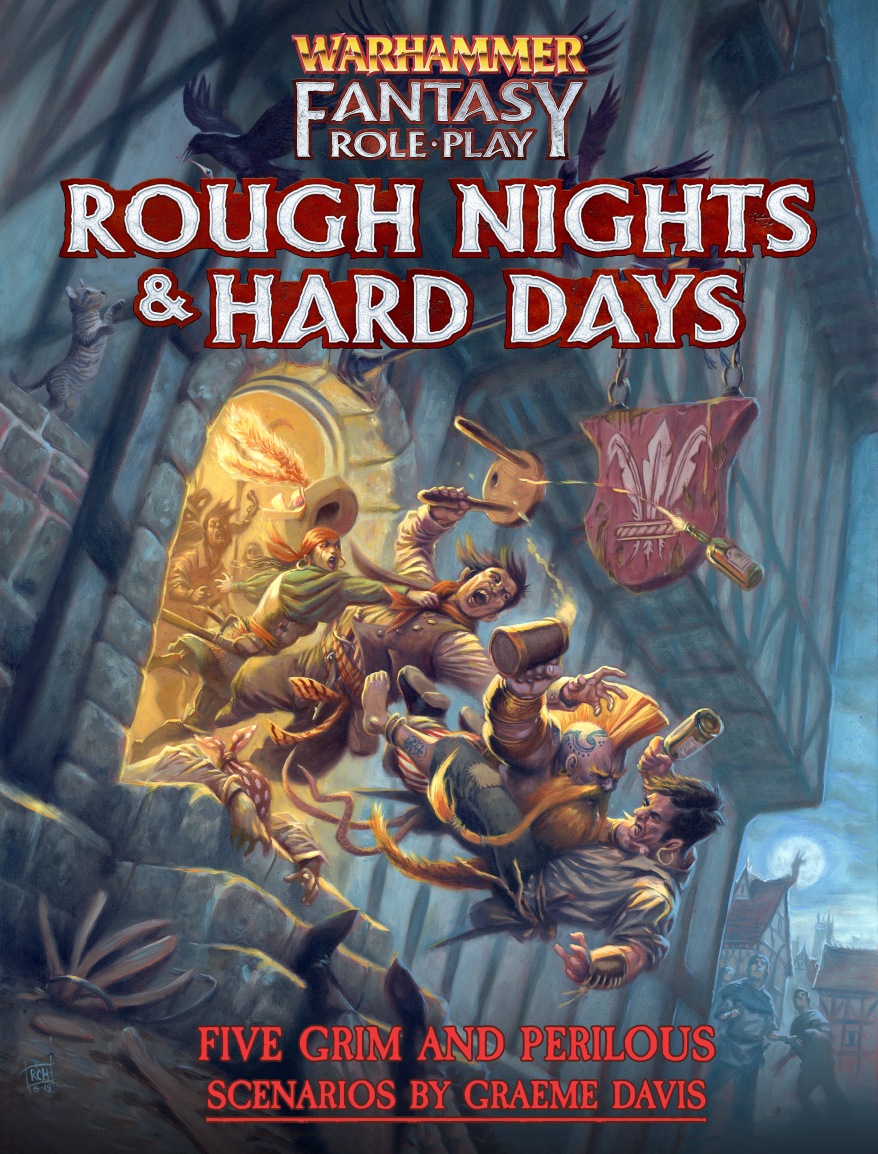 A collection of new and classic adventures that take seemingly innocuous locations and situations and involves the Characters just as events spiral out of control.

Rough Nights & Hard Days offers five interlinked scenarios for Warhammer Fantasy Roleplay written by series veteran, Graeme Davis. These can be played as stand-alone adventures, or combined into an epic five-part campaign, where the Characters become embroiled in a bitter dispute between two of the Empire’s quarreling noble houses. Rough Nights & Hard Days also introduces an entirely new playable species, and presents a variety of pub games to amuse and confuse your customers.

Rough Nights & Hard Days is the perfect addition to any game of Warhammer Fantasy Roleplay as it can be used to start a new campaign, to support the design of exciting locations, or to enhance an ongoing story with exciting new adventures and rules.

All orders come with a complimentary PDF