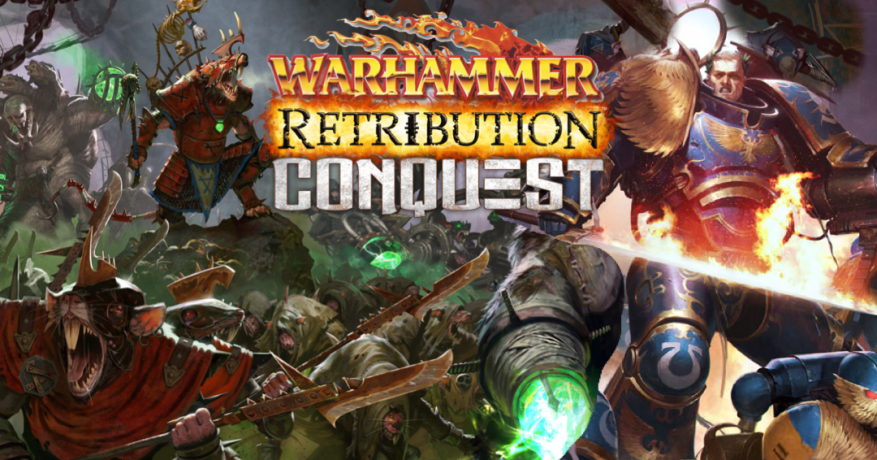 As most of you may have guessed, this was an April’s Fool joke post. We hope you enjoyed it!

Revealed this morning, a brand new boxed game which is going to change the worlds of Warhammer forever!

Warhammer 40k meets Age of Sigmar in the ultimate crossover!

Featuring a mix of new mechanics and returning gameplay from both Age of Sigmar and 40k. Also, in an even more bizarre twist expect some returning mechanics from the Old World! Welcome back Warhammer Fantasy flank charges and strict formations!

Meanwhile the armies of Allarielle awaken on Deathworlds throughout the galaxy, assailed by Tyranid monsters

Expect a mix of abilities from both universes including a device that comes in the starter box to work our priority rolls for potential double turns!

We have very little to go on right now, but this promises to be a epic game. Ultramarines Vs Skaven, Everchosen Vs the Black Legion. More news when we get it!