This week’s preorders are up! We have the new Cawdor gang for Necromunda, and the final releases for the Stormcast and Nighthaunt! 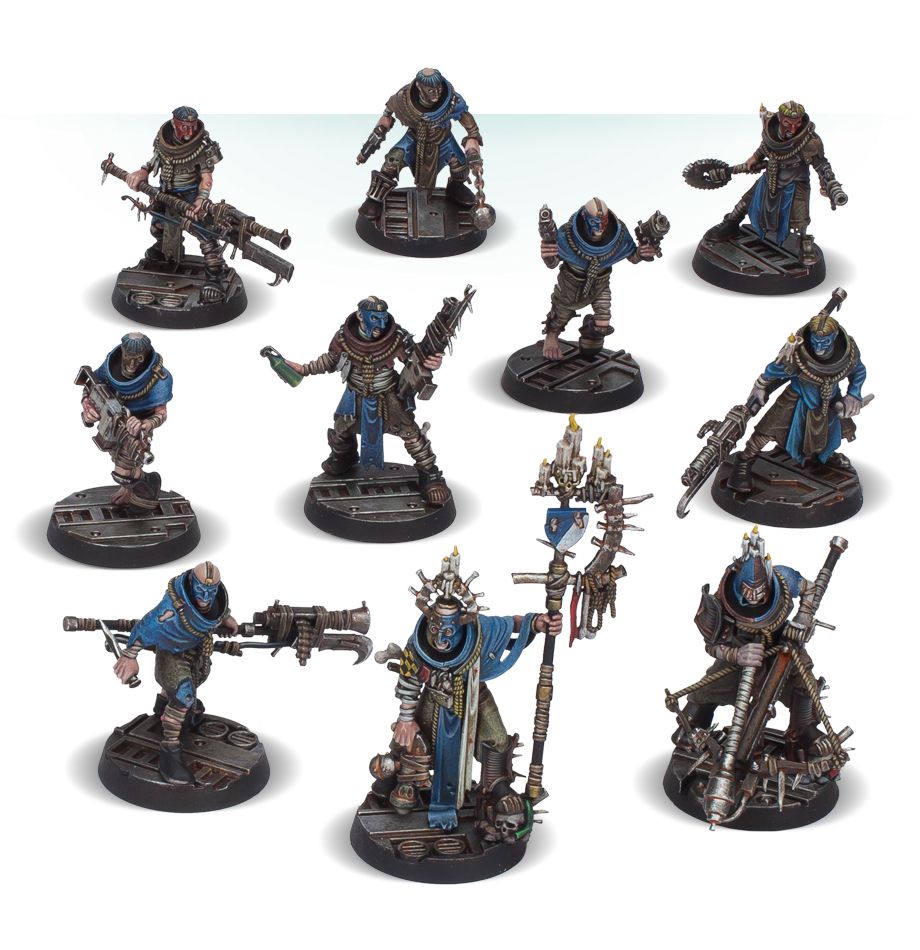 The men and women of House Cawdor are the bonepickers, scrap herders and midden-thieves of Necromunda, their vast empire built on the discarded scraps of other clans and bound together by an unshakeable faith – devotion to the Cult of the Redemption guides the actions of all members of House Cawdor, as they unearth and make use of ‘blessed’ relics from amongst the detritus of the underhive.

Assemble a Cawdor gang to use in games of Necromunda: Underhive with this set of 10 plastic miniatures. They’ve been designed to provide you with a huge amount of variety and options in assembly, meaning every gang can be unique 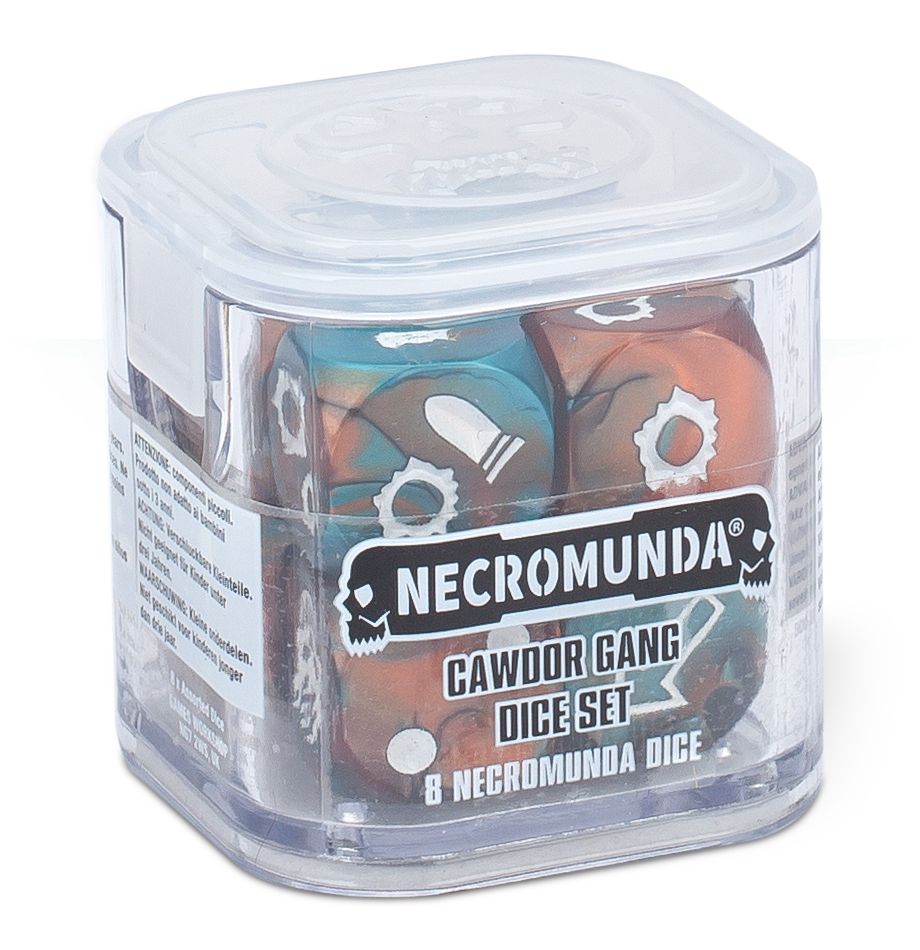 Designed to match the Cawdor Gang from Necromunda: Underhive, this set of 8 16mm dice are coloured copper with teal swirls, and feature white numbers and icons. The set includes all the dice you need to play Necromunda 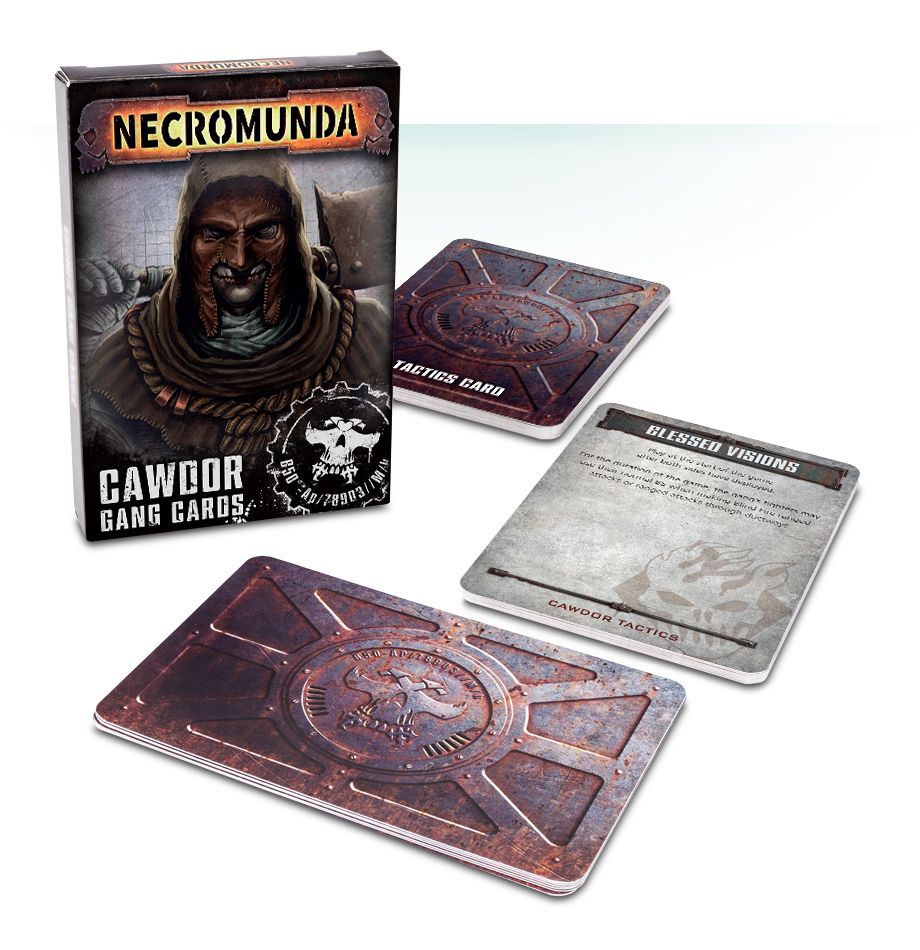 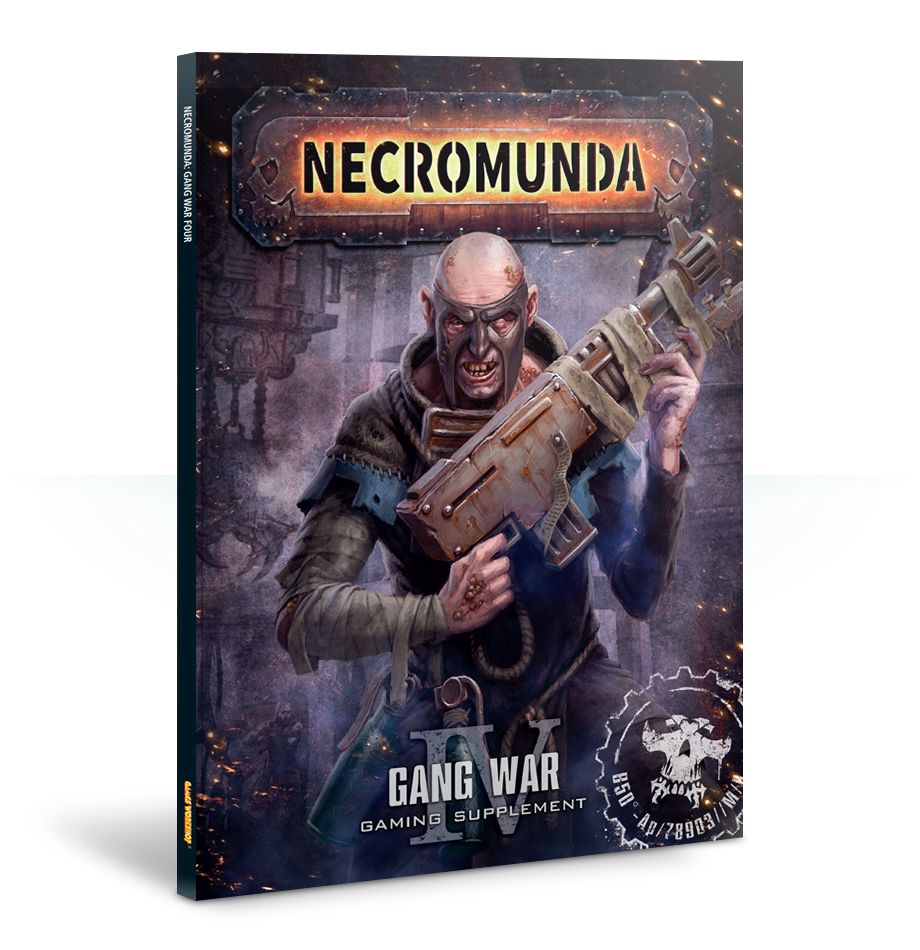 The rules included with the Necromunda: Underhive boxed game cover battles between Houses Escher and Goliath – these are not the only Houses vying for supremacy of the underhives. Necromunda: Gang War 4 introduces House Cawdor; a vast empire built on unshakeable faith in the Cult of Redemption (and the discarded scraps from other clans). Along with this, the book expands upon the rules for Brutes found in Gang War 3, and introduces The Dominion Campaign – an entirely new territory-based campaign system. 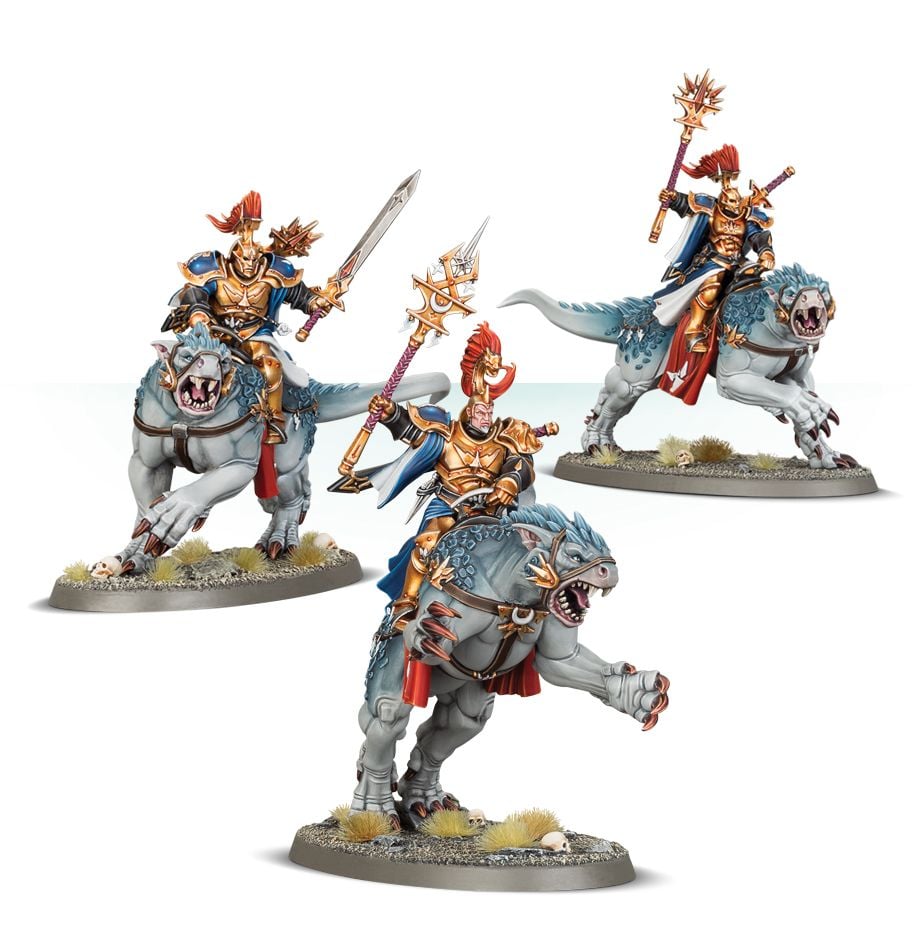 The eyes of an Evocator in full battle rage flash with sparks, and veins of lightning glow beneath his skin – the same energy that plays over his tempest blade and stormstave as he advances, arcing outward to ground nearby. These bursts are deadly, and can blacken and scorch anyone nearby if not channeled carefully and consciously – when channeled in this way, however, this energy can be used to empower the Evocators’ fellow Stormcast Eternals with Azyrite energy. The most battle-hungry Evocators ride on massive creatures both saurian and feline in aspect, known as Dracolines. These creatures carry a buildup of magic that can be released in a great scorching blast when pouncing upon their prey; combined with their heart-stopping roar, this makes an Evocator and his mount capable of felling a mournfang with such force its fellows will flee in mortal panic. 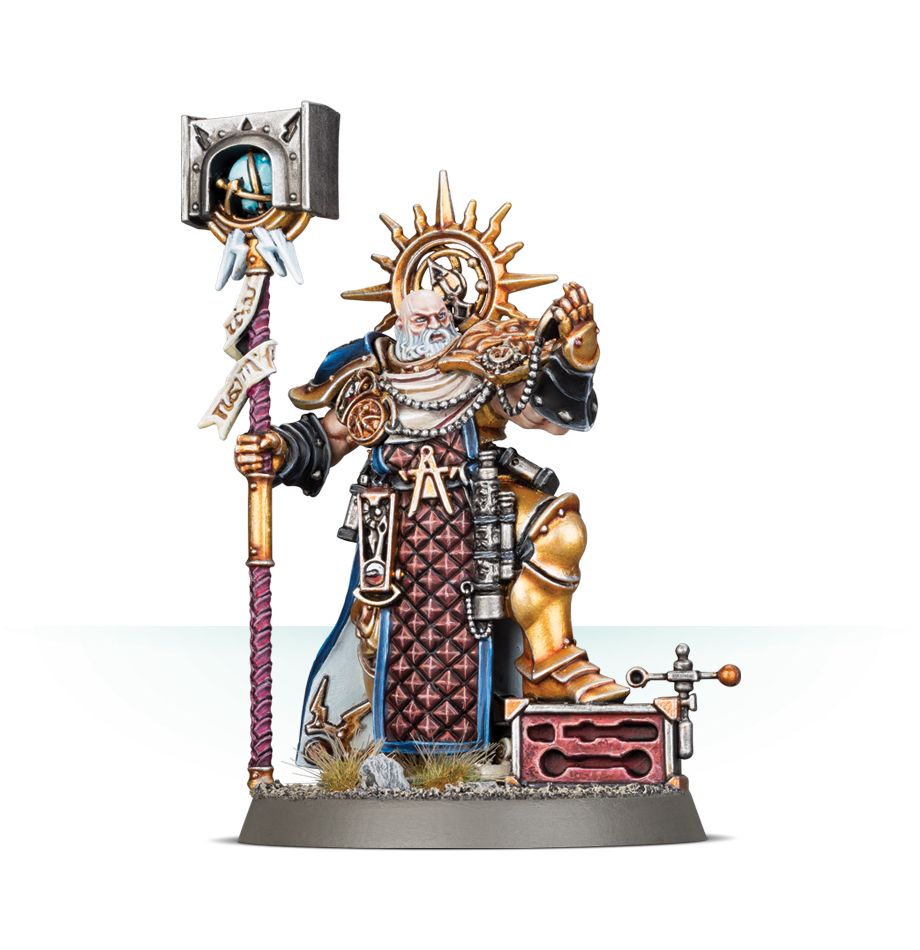 Masters of celestial engineering, the Lord-Ordinators are wise men who have shaped the Mortal Realms through the word of Sigmar and the readings of the heavens. When their sharp and serious minds cannot re-mould reality to their whims, they take up their hammers and march to war, hewing the future with each blow as a master mason shapes the stone of a temple to Sigmar’s glory. Striding to battle in sigmarite armour, Lord-Ordinators wield astral grandhammers that strike with thunderclap force. It is their solemn duty to read the stars above, using the truths there to engineer fate on the battlefield. 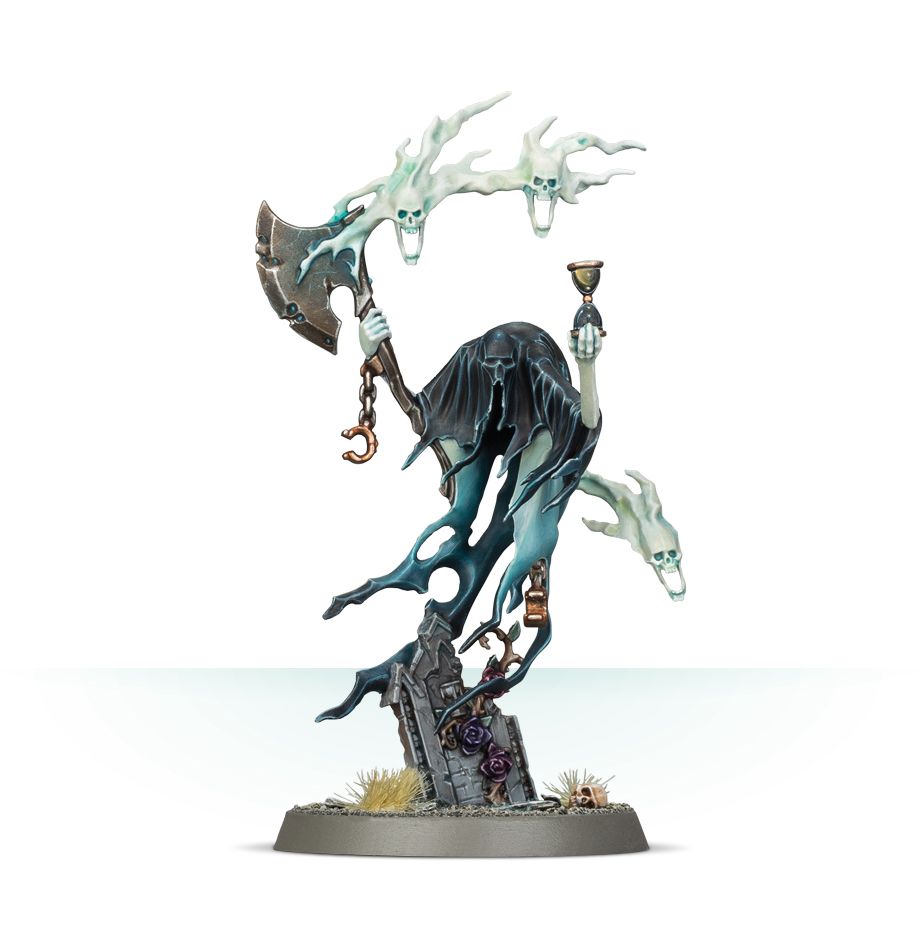 In the living world executioners are tasked with the ending of life, often by axe stroke or noose. The headsmen of the Mortal Realms who knowingly slay the innocent as well as the guilty attract the gaze of Nagash, and upon death are remade into the spectral forms of Lord Executioners. Each bears a massive decapitating axe, with which they are charged to slay heroes, champions, kings and anyone who defies the law of Nagash, all the while harangued by the spirits of the innocent souls the Executioner cut down during life – souls who ironically protect the Executioner from danger, not out of kindness, but due to their inability to escape. 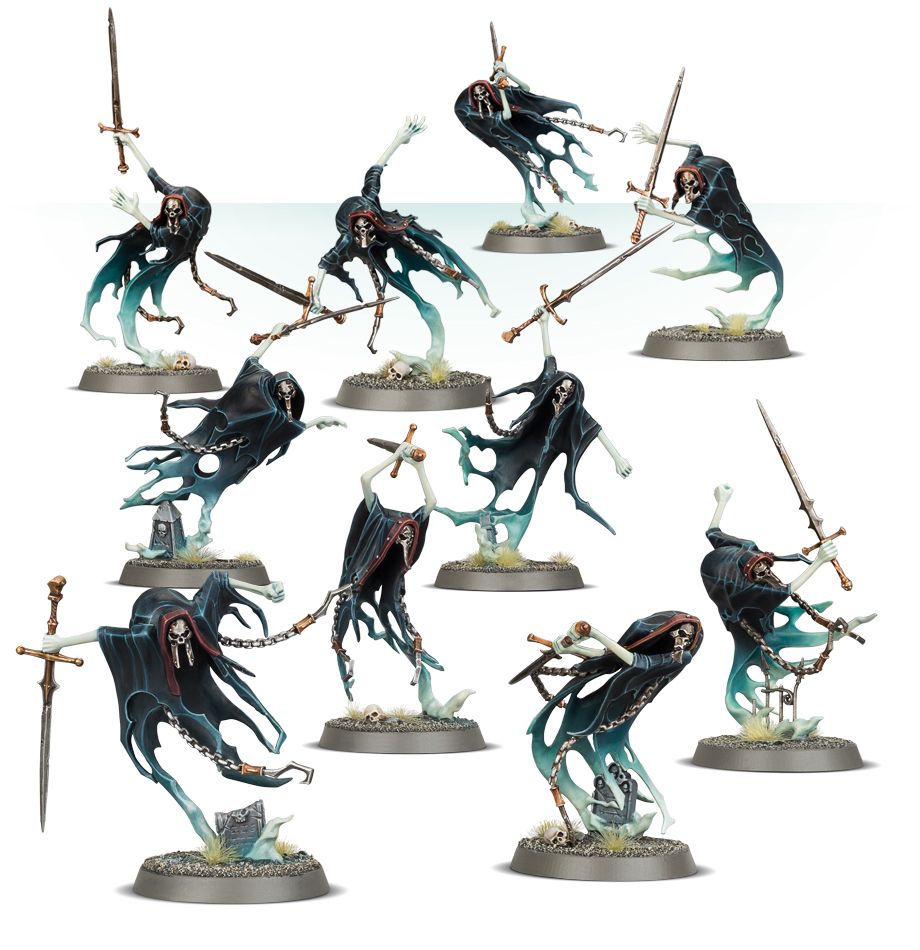 Moving like a ghostly cyclone, the creatures known as Bladegheist Revenants spin in a frenetic fashion. They are souls taken from those who met particularly tormenting ends – those sealed in spike-riddled encasements, choked beneath water or buried alive. Their last living thoughts were a frenzy of desperation, a last flurry of defiance in an attempt to break free. Thanks to Nagash’s terrible curse, that horrible ending moment has been preserved forever in the Bladegheist Revenants. 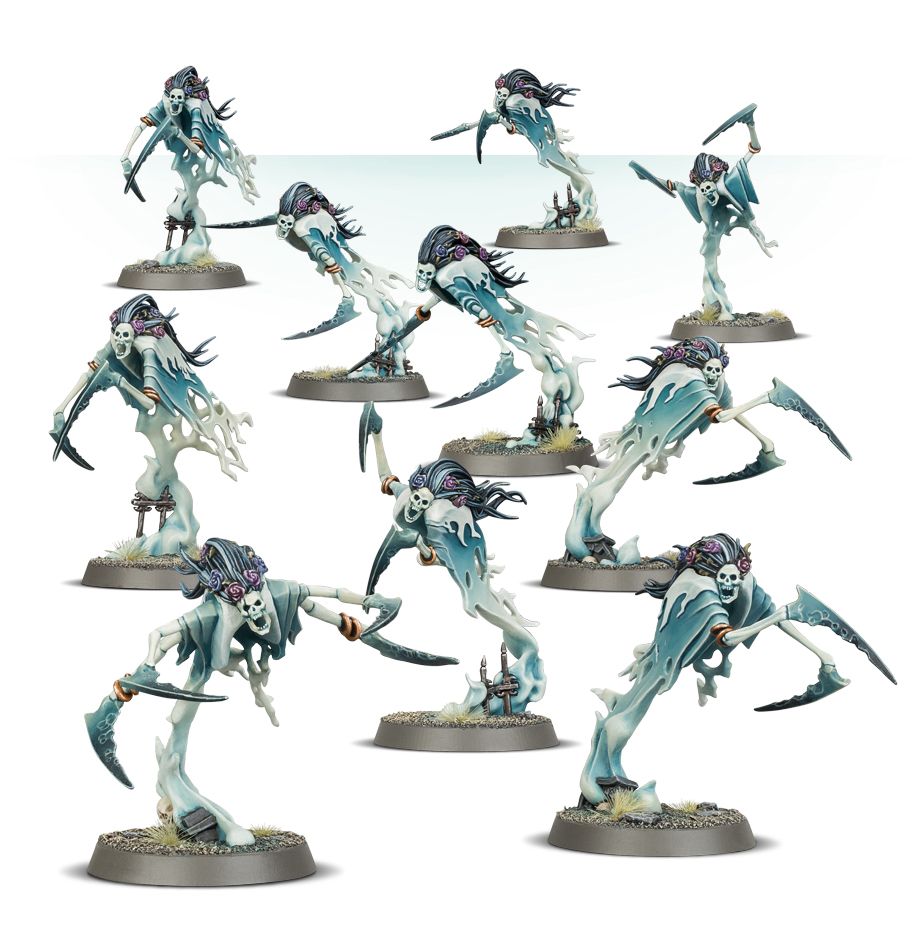 Where once Dreadscythe Harridans were healers and nurturers, the Harridan Curse – dealt as a terrible reward by Nagash – reshapes them in death into something quite the opposite of what they once were. Where there were once healing hands, bonescythes grow; horrible reaping instruments meant for murder, borne by now-raging killers for whom the sight of blood is an inspiring vision spurring them on to further fury. While they retain memories of life, they cannot control their actions – each bears full witness to the atrocities they commit, yet can do nothing to halt.