Matt posted an article only a day or so ago regarding the upcoming release of Kill Team, a stand-alone skirmish game set in the Warhammer 40,000 universe. We knew previously that the game would features its own bespoke rules set, allowing a handful of models to engage in close quarters, high intensity games on terrain packed boards.

Well today, Games Workshop have lifted the lid on what you can expect to preorder from the first wave of Kill Team, which will be up for preorder in July!

With the help of the team behind the popular Warhammer Underworlds: Shadespire boxed game it looks like GW have created a winning game, with inspiration drawn from previous boxed games such as Shadow Wars and previously released Kill Team supplements.Crammed with narrative potential, the game will offer experience that rolls over to your next game, in-depth character progression and the chance to kit out your warbands as specialists, such as Snipers and Medics. It’ll support both open and matches play games too.Unsurprisingly, it looks awesome… let’s delve in!

So first things first, the core box. The box guaranteed to be filled with goodies.

So yeah, you’ve got the core bits and pieces, the rule book, dice, rulers and datacards. You then also get two skirmish forces, one for the Adeptus Mechanicus and the second for the Genestealer Cultists. You’ll also get a selection of the brand new scenery and a game board to play on. In short, if you want to get everything you need to play a game straight away this box is a must buy. It’s designed in such a way you don’t have to buy other bits. Just buy the box and get stuck in like any other standard boxed board game.

If your like me and Matt however, you won’t want to stop there (although wallets and wives would probably disagree).GW will be releasing expansions for the different factions playable within Kill Team. You’ll get minis to build your team, datacards and some scenery to add to your game board.

The two highlighted expansions are for the Space Wolves and Orks but more will become available in time. 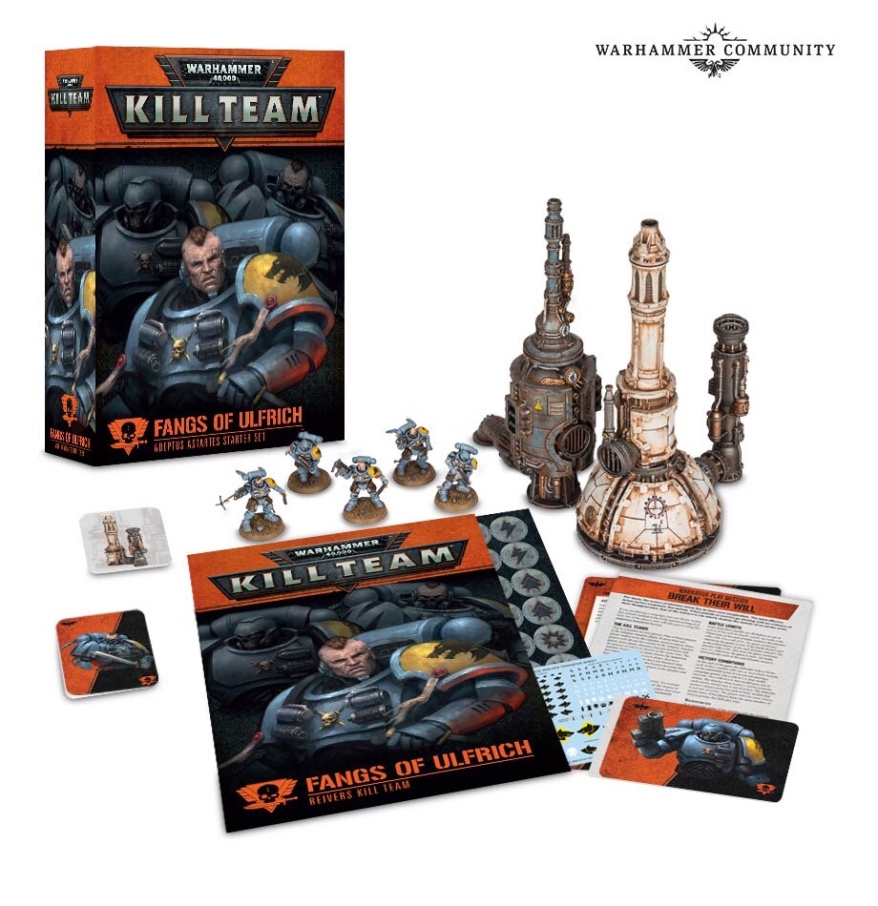 Because we all love dice that match our armies, they intend to release dice sets for each force, such as the ones below.

What’s a skirmish game without scenery? Released alongside Kill Team will be some brand new scenery that work in line with the Sector Mechanicus scenery. These are purchasable separately, so if you wanted to pick them up for your standard games of 40k you can. I’m really impressed with these, they look superb. 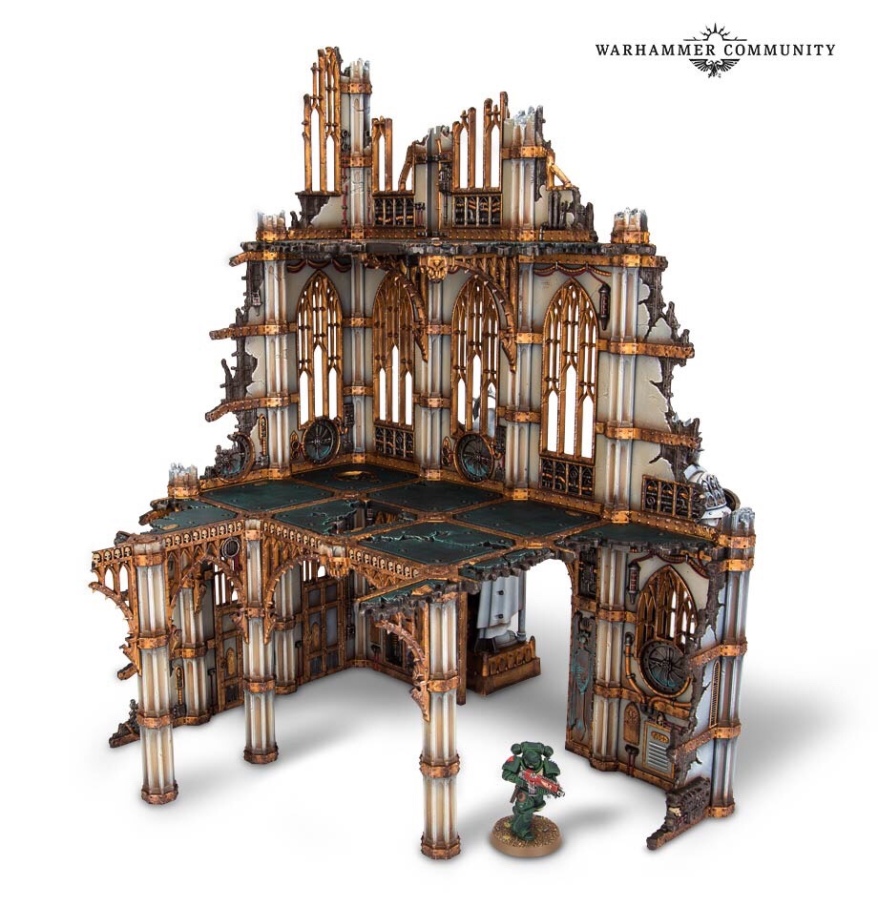 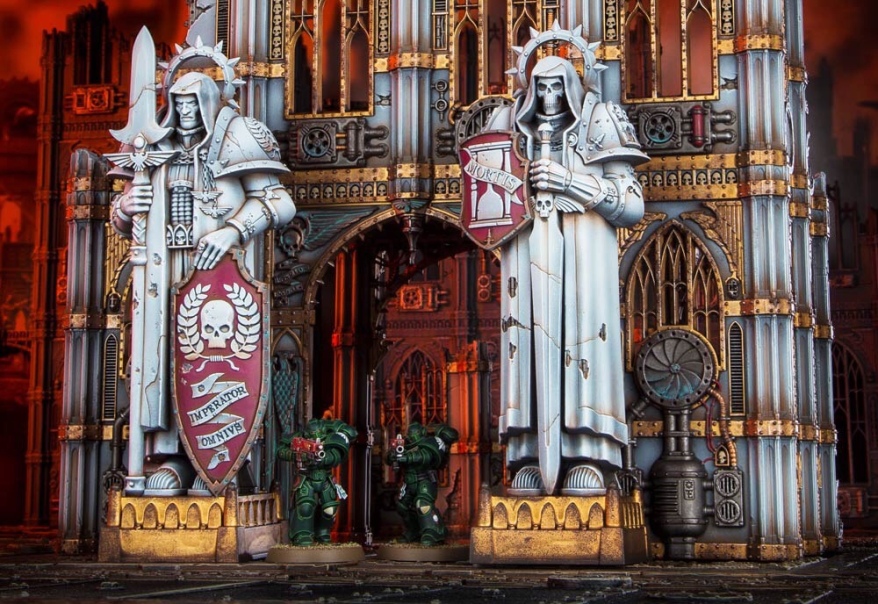 You’ll also be able to pick up a Killzone box, featuring scenery and a new game board to diversify your games.

So you’ve already got scenery, and your not sold on the core box…That’s fine! The core rules, dice and datacards can be purchased separately, so you don’t need to go all in on the core box.

Phew…that’s a lot of stuff!

So that you can start prepping your force Games Workshop have also announced the factions that will be supported from the get go! 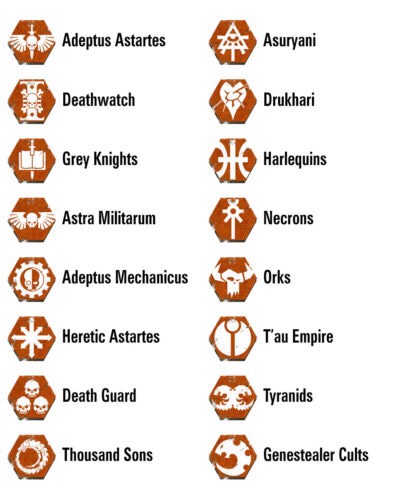 What I really like about this, is if you’ve ever been tempted to buy a unit from an army you don’t want to commit to for your full games of 40k this is the perfect opportunity to scratch that itch.Are you excited for Kill Team? Expect more news from us when we get it, as well as videos, as we’ll be giving this a go once released! For full details check out the official reveal here.