The Death Guard match to war, the sound of buzzing flies and the rot of pestilence  in the air. Typhus, the bringer of plague marches in the centre of an ever growing swarm of animated corpses; The Poxwalkers. Supporting this mass of bodies is the rage filled corrupted form of a Hellbrute, while a mindless Chaos Spawn chitters and twitches as it advances up the battlefield.

I’ve always been the chaos fan in the group, and when I saw that new Death Guard would be coming with the Dark Imperium boxed game I just has to sell my soul to Papa Nurgle and join Morty’s rotting legion! 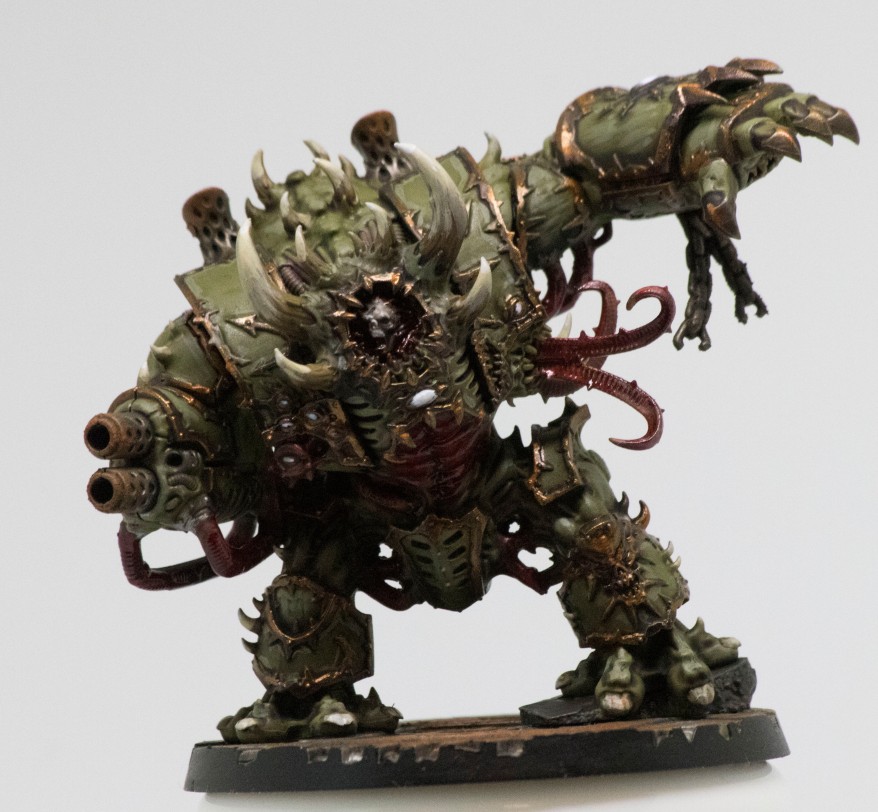 First up on the painting table was my Hellbrute – this guy had been sitting in a bits box since Dark Vengeance came out, and glancing at the Chaos Index I saw I could take him in a Death Guard force! This would give me some muscle against the Tyranid monsters, Ork vehicles and Primaris Dreadnaughts I knew would be coming my way! 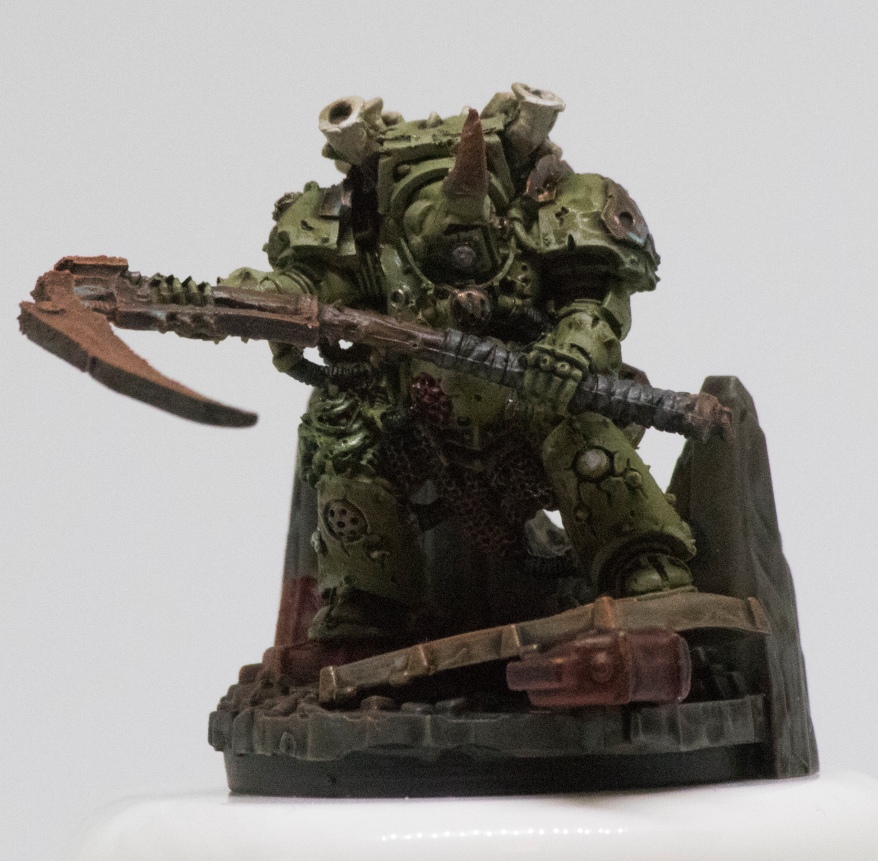 Next up was my Warlord Typhus. I knew I was taking a Poxwalker heavy force, which really made Typhus a must have due to his ability to buff them! 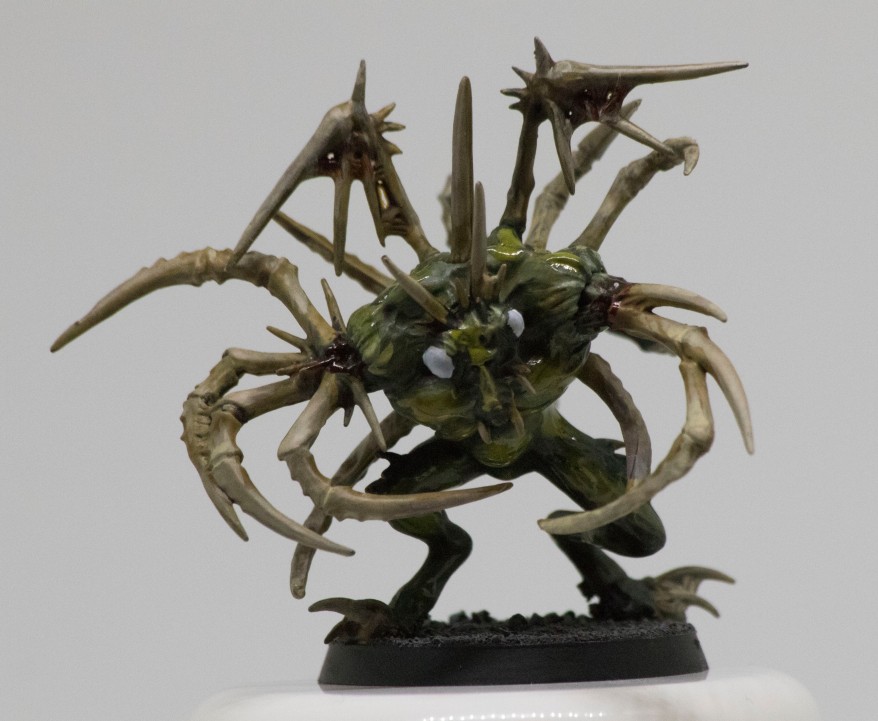 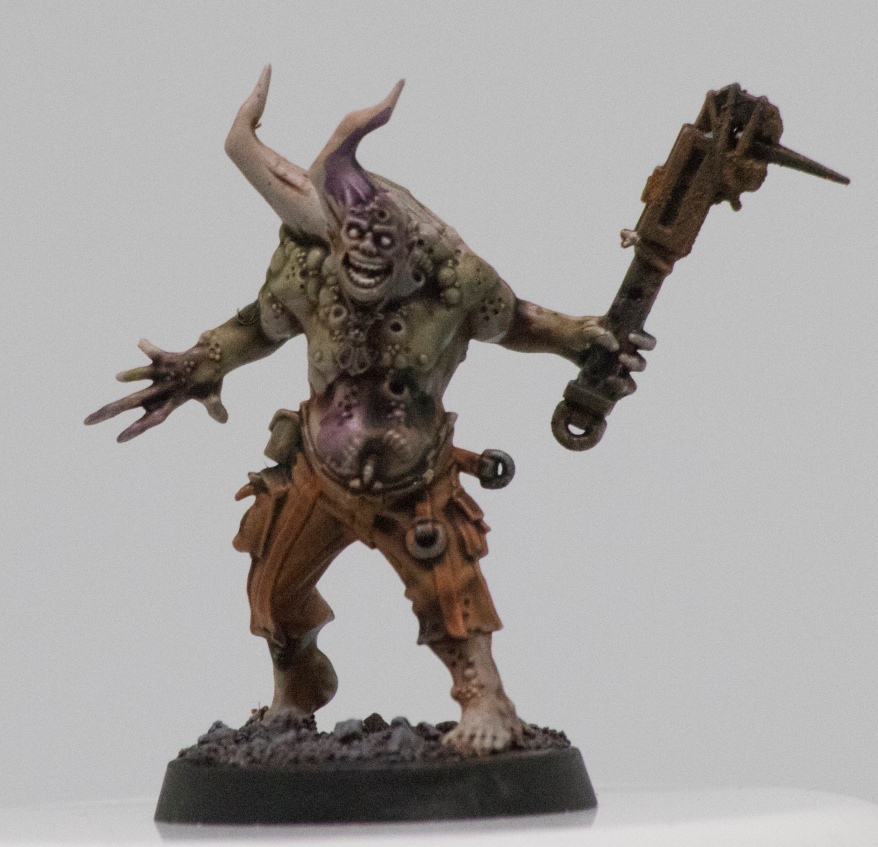 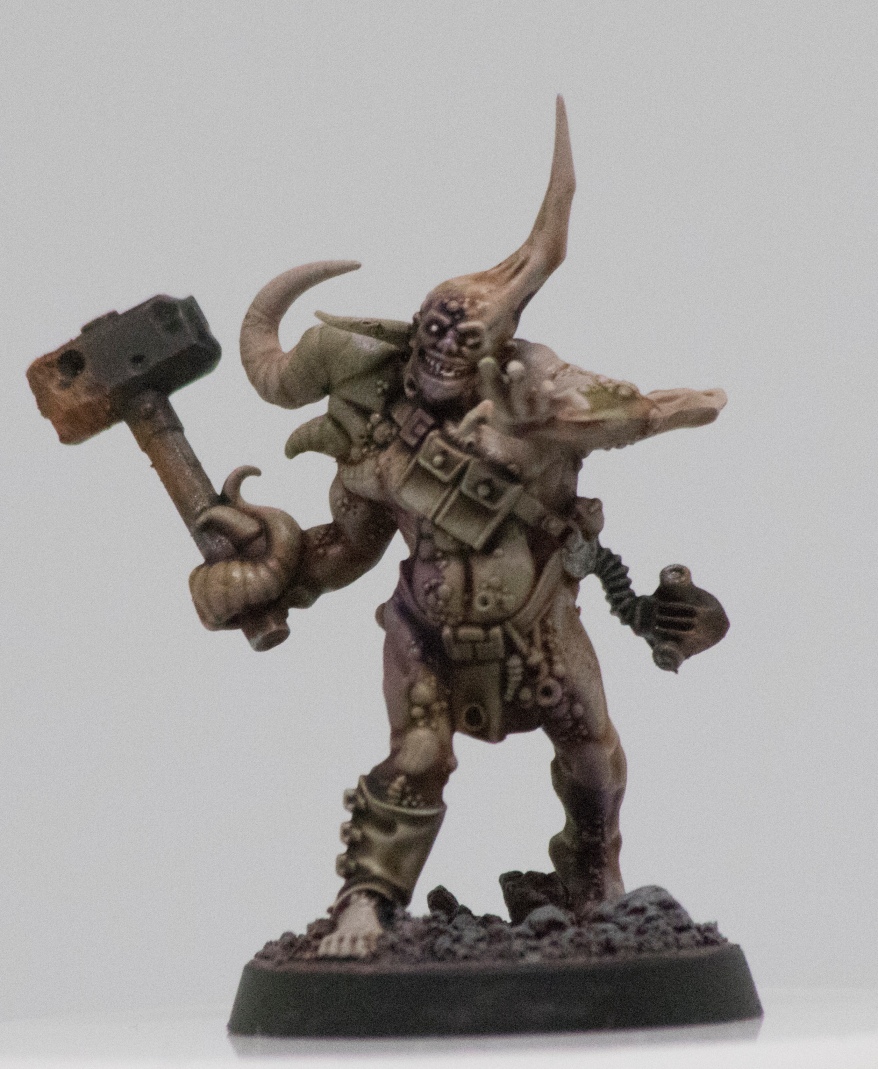 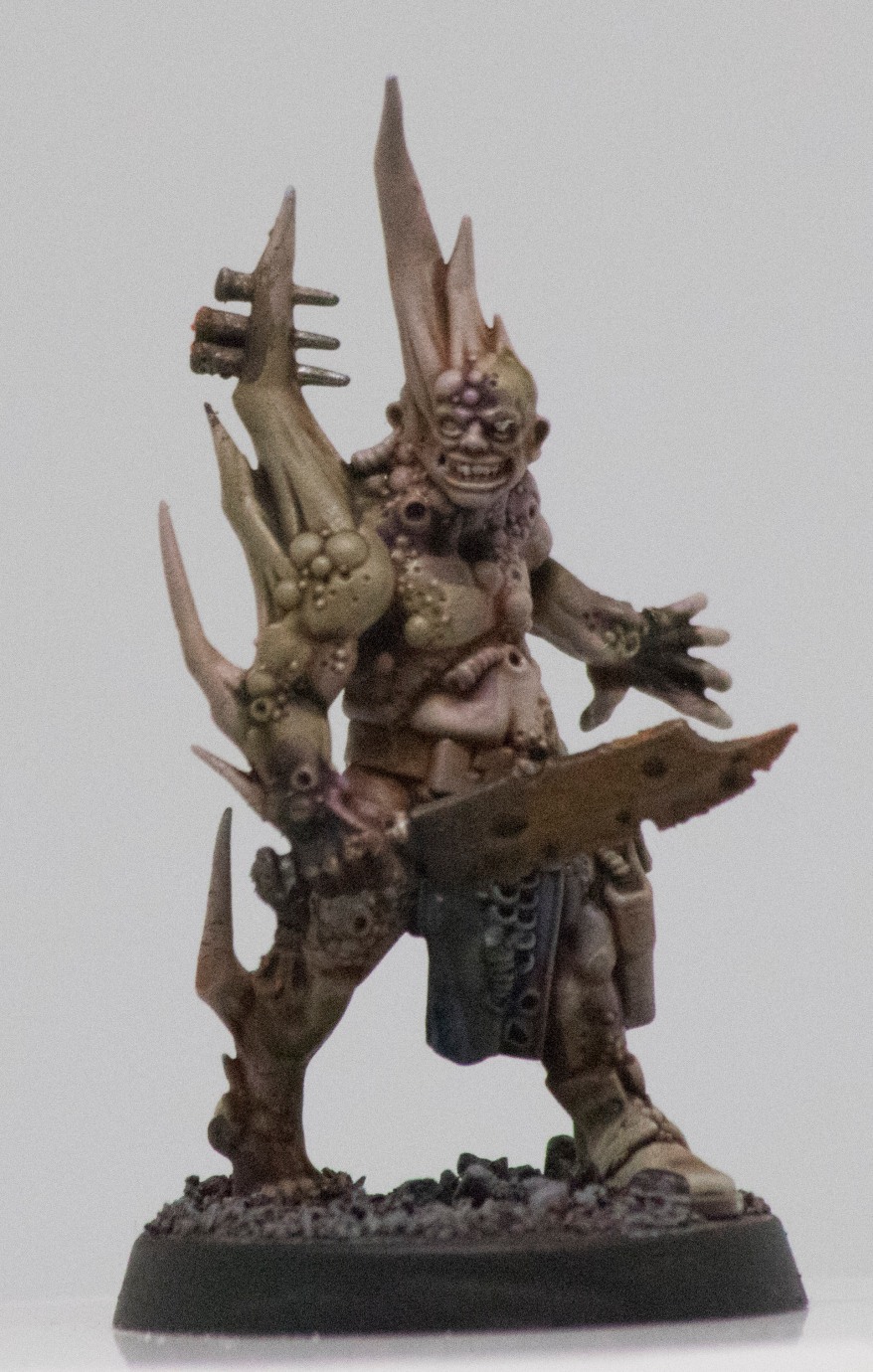 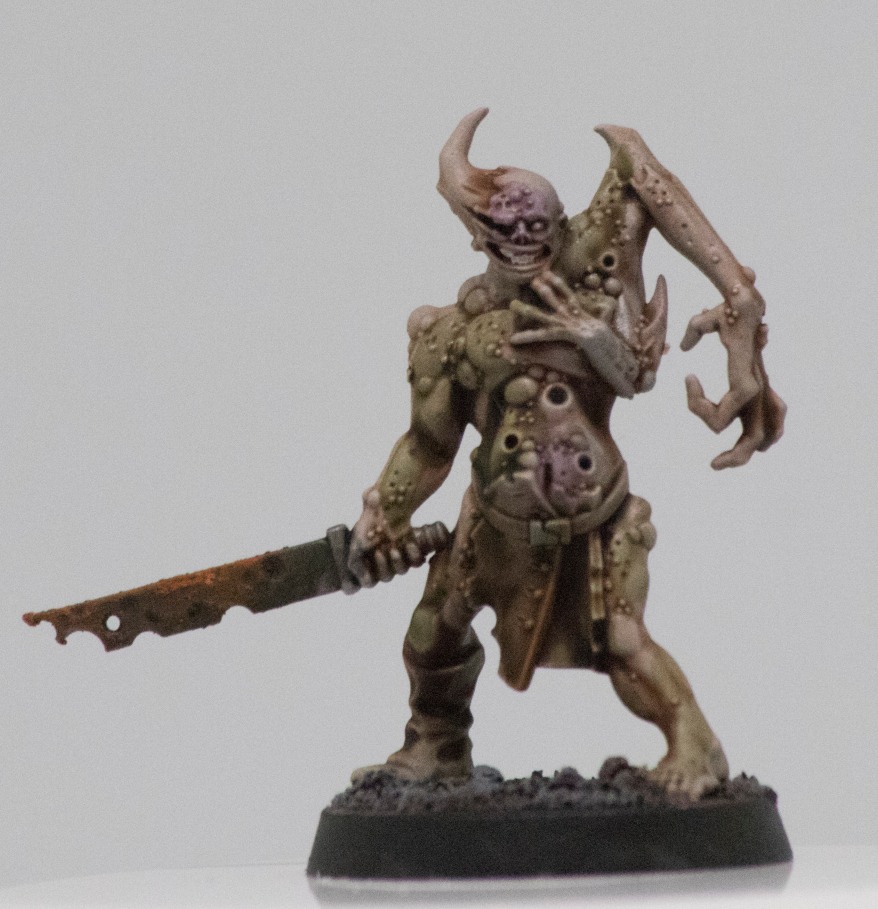 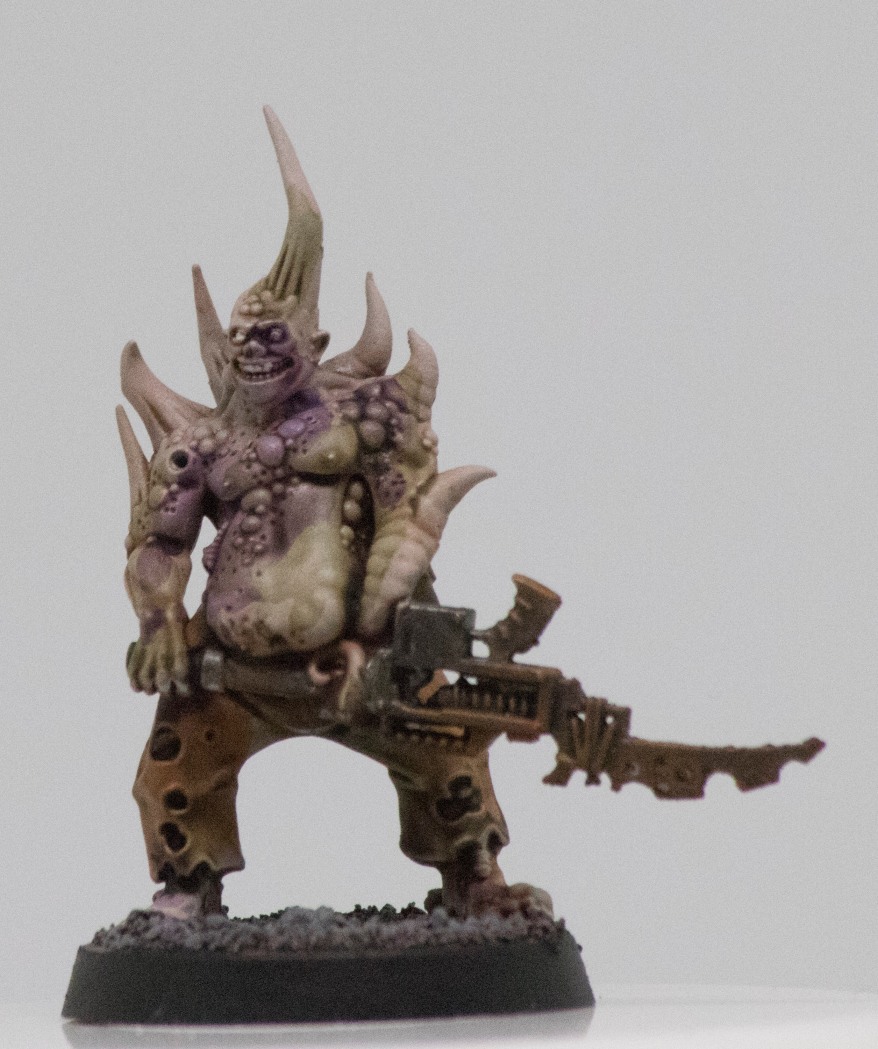 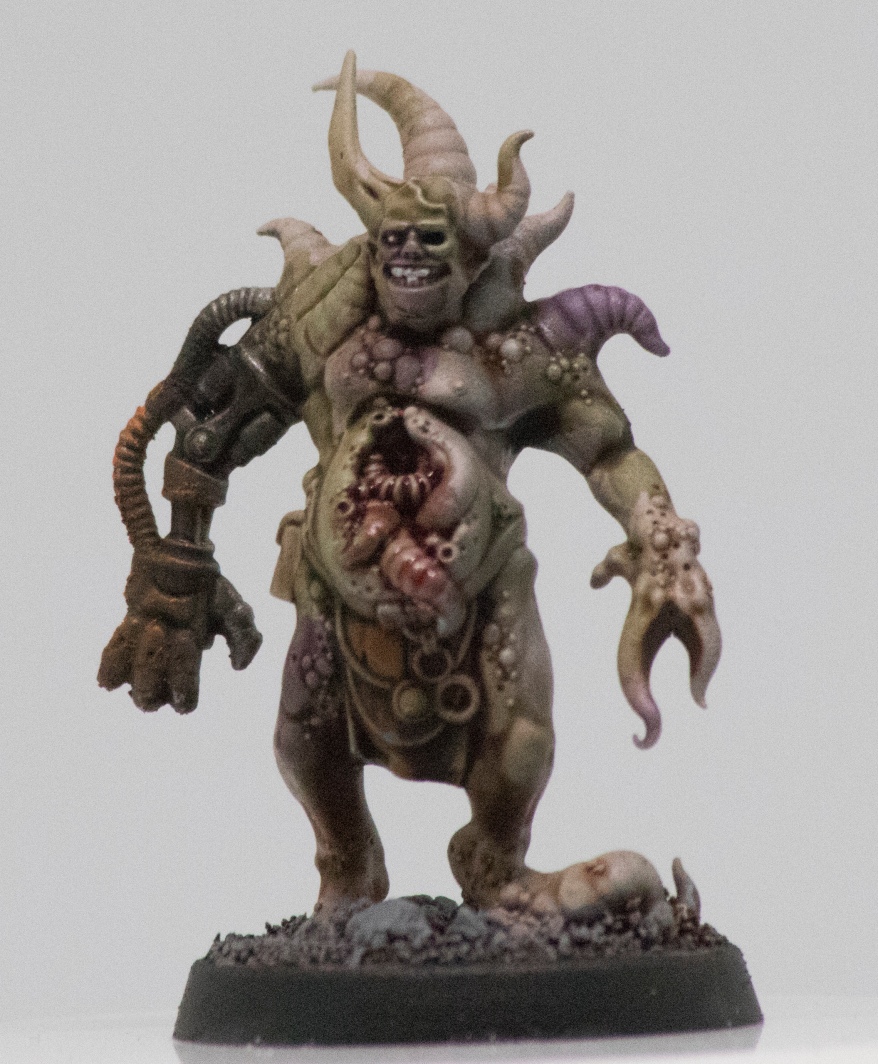 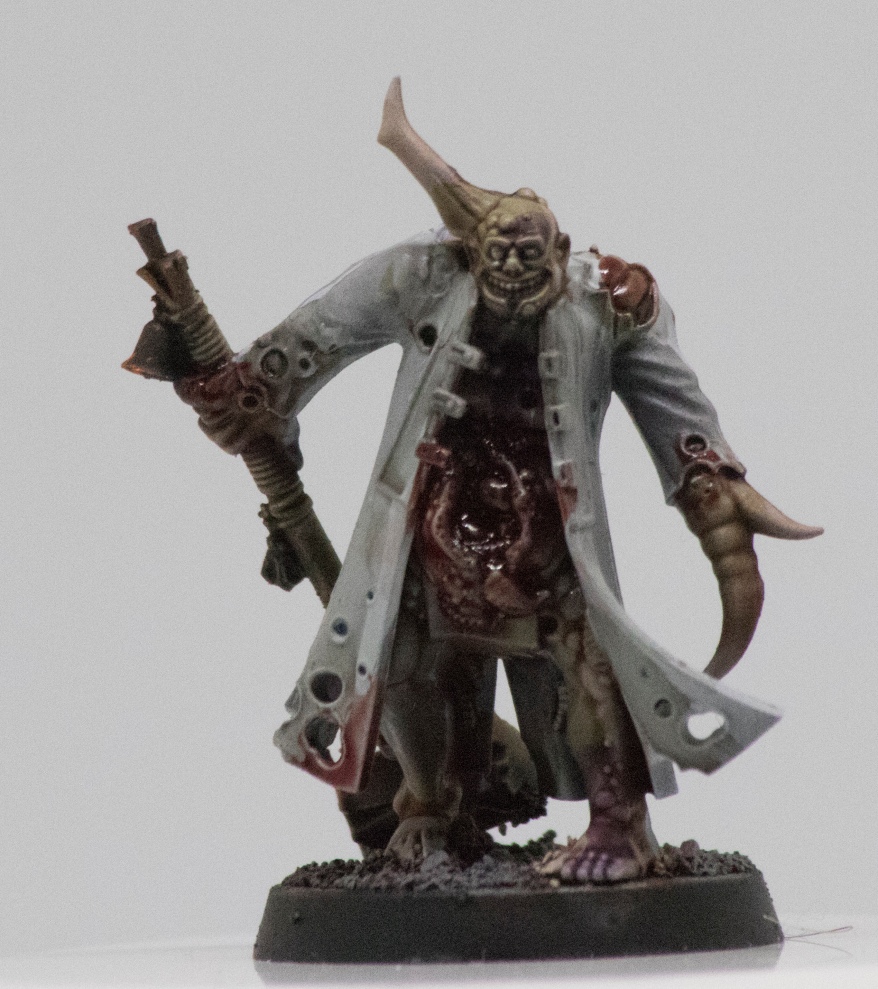 Finally I got to the real meat of the army – 2 units of 20 Poxwalkers! Like a man possessed (Probably by some form of horrific Nurgle daemon) I managed to churn through the 40 models in around 2 weeks using mostly shades, lots of shades! Following Duncan’s video I sprayed them white and stated to gradually build up the different shades of flesh with multiple colours of shade. The weapons then painted leadbelcher, washed back down with Agrax Earthshade, and then rusted with Typhus Corrosion and Ryza Rust. Really loved painting these guys and looking forward to getting some different poses in the force from the Easy Build kit on the way (And fingers crossed a multipart kit alongside the Death Guard release!) 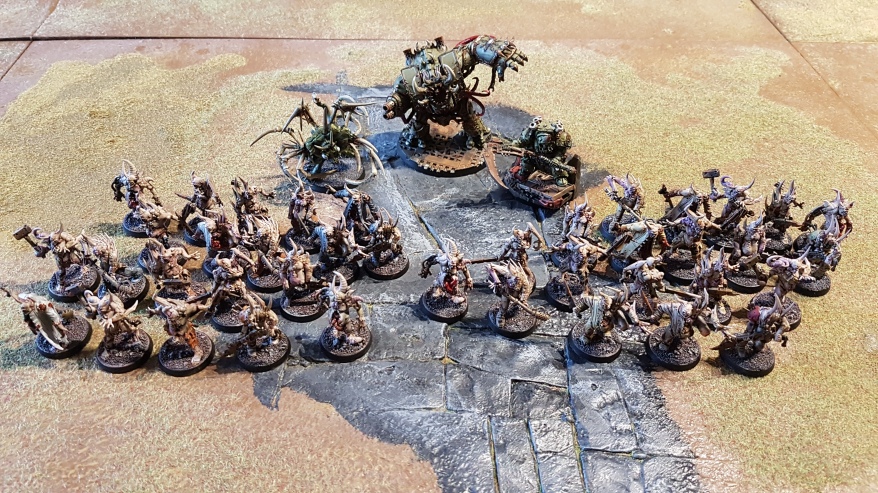 With the Poxwalkers done that meant I have 1 HQ, 1 Elite, 1 Fast and 2 Troops ready for the battlefield at a power level of 31 and a points cost of 576

Next on the painting list is a squad of 7 Plague Marines, with the remains of 2 sets of Dark Imperium to go after that! Looking forward to getting some paint on the Blight Drones! 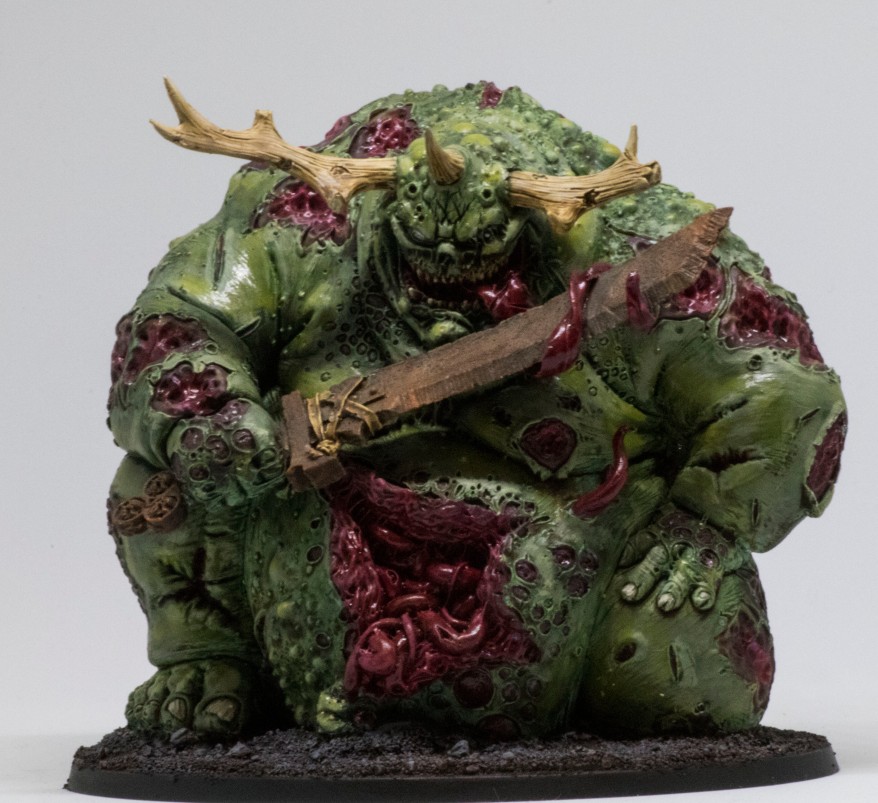 While waiting for more Death Guard to come out later in the year, I’ll probably be adding a Nurgle daemon detachment as support with my trust Forge World Great Unclean One as my centrepiece. Now if only we had a giant fly winged daemon primarch with a scythe…

Next time will hopefully have another few units painted, but until then make sure to accept the embrace of old Papa Nurgle! 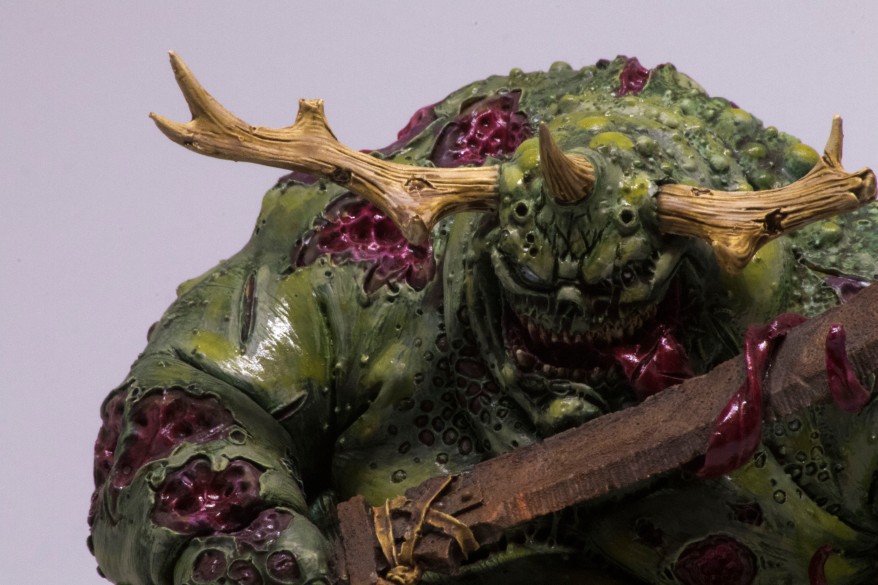