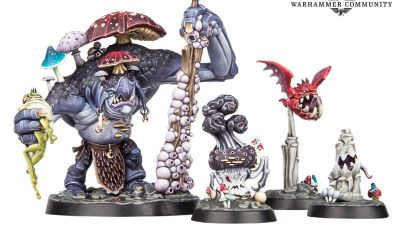 Warhammer Community have just made a huge reveal from Spiel about some awesome upcoming goodies! First up we have the Undead for Blood Bowl! These guys look amazing with lots […]

Awesome teaser from the Blood Bowl Facebook page, it looks like the Undead may be on the way to the game of Fantasy Football! The Spiel game show in Germany […]