Today’s new Forge World releases are 3 different weapon sets for the Necromunda Escher gang! Comparable with the plastic kits these allow for a larger selection of weapons and designs […]

So House Van Saar are the next Necromunda gang heading into the Underhive! If you haven’t check out the teaser video from the GAMA reveals you can watch them here. […] 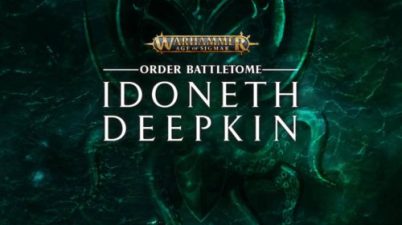 Wow! We have just got the mother of all info dumps from Games Workshop about loads of upcoming products from the GAMA trade show! Kicking off, we have a brand […]

Some exciting news coming out of GAMA Trade Show that’s happening right now in Nevada! The popular card game franchise Magic the Gathering are teaming up with Wizkids to create […] 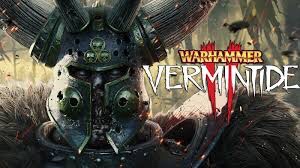 Back in 2015, hot on the heels of the destruction of the Warhammer World in the apocalyptic End Times, Fatshark released the phenomenal Warhammer End Times: Vermintide – a cooperative […] 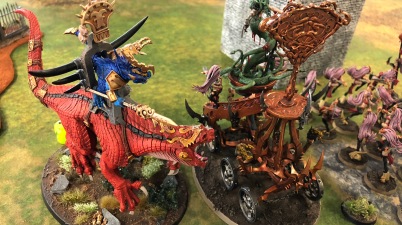 March To War – The Highlights!

Hey everyone! Check out our coverage of the local March to War tournament last weekend in Shavington! And don’t forget to catch up with what happened over in Dave’s write […]

Awesome news for fans of the Harry Potter series! Knight Models (Who are behind the awesome Batman Miniatures Game) are releasing a Harry Potter Miniatures Adventure game this September! As […]

Last Sunday marked the first Age of Sigmar tournament held at Shavington Village Hall. Located in Cheshire, this friendly tournament was set up by Craig Chesters and Andy Bryan, both […]

Looks like we have a new boxed game on the way called Forgebane, featuring the new Necron Lord and new Imperial Knight we glimpsed at LVO Looks like we get […]

Anyone remember the amazing Battles in Middle Earth partwork? Well it looks like Games Workshop (with Hachette Partworks) are doing something very similar with Warhammer 40,000 Conquest! The basic idea […] 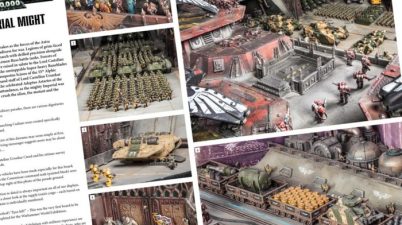 You simply can’t head over to Warhammer World in Nottingham without visiting the Exhibition Halls, for inside you shall find a wide variety of Games Workshop models, spanning most of […] 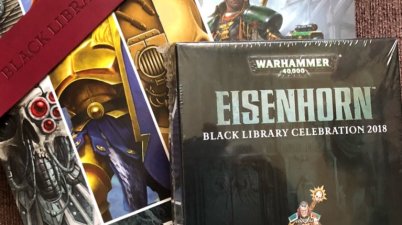 In our latest video we unbox the new Eisenhorn model. Can’t wait to get him build, painted and have him taking part in a game! I also picked up the […]

Warhammer Community have reminded us that next Saturday marks the anniversary of Black Library across Games Workshop stores. Two books will be hitting the shelves. The big news a little […]

Some of you maybe aware that Matt has been busy building and painting a Daughters of Khaine army, as he fell for the teaser video we all saw a few […]

Necron Board Game On the Horizon

Over on War of Sigmar they’ve posted an image of what looks like an upcoming Necron board game. No new models by the looks of things. Looks like the box […] 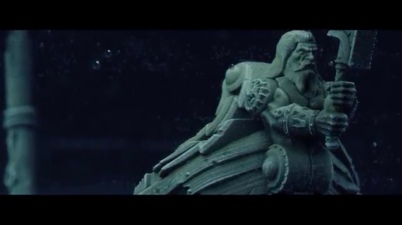 A cryptic video has just popped up on Warhammer Community: This just has to be sea elves…right?!

Some breaking news today, as during a live twitch stream game developers Fatshark have announced that Vermintide 2 is set for release on PC via Steam on the 8th March! […]