Tale of Sprues: The First Month! 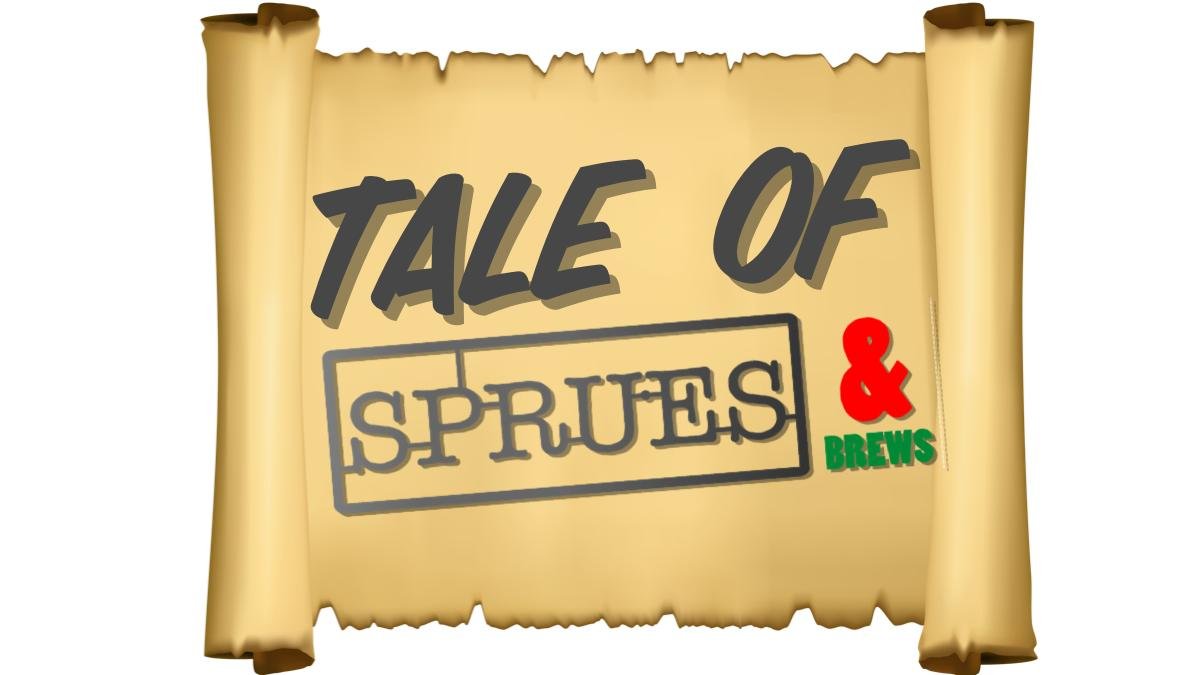 Hello and welcome to the first roundup of #TaleofSprues!

We launched Tale of Sprues a month ago, inviting our community to record there hobby exploits throughout the month, as well as charting our own hobby updates.

Want to get involved next month? Simply tag your work in progress/completed images on social media with the hashtag #taleofsprues. We’ll then feature it next month!

Before we get to what our community have been up to, let us first have a look back at what we’ve achieved over the last month:

What have I been up to in the hobby this month?

It goes without saying that I was super stoked for the arrival of the Age of Sigmar 3rd Edition launch box, Dominion, and it’s also safe to say a lot of my hobbying over the last couple of week’s has been painting the Kruleboyz within the box!

I haven’t quite finished yet sadly, as I still have the Murknob, Hobgrots and the two little Grots to finish. I’ve had a blast painting the Killaboss, both on foot and on Gnashtoof, the Swampcalla Shaman, Boltboyz and Gutrippaz.

I’ve also this month been working on a test model for my Cadians, as I really want to start a Astra Militarum Crusade army!

What has been my favourite model to paint this month?

A tricky one, but you know what, it has to be the Swampcalla Shaman. Very happy with how he has turned out. Loved painting his staff and little trinkets and pots.

I’m really looking forward to painting some Skaven. I hope to have 600pts painted as quick as possible so that I can get them on our stream. These are going to be my main Path to Glory army throughout our Talons of Thondia campaign. I did manage to play around with a test base for the army this month.

I’m also hoping to paint some Cadians too, so I can get a Crusade going with those!

What have you been up to in the hobby this month?

So the focus this month has been of course the Stormcast Eternals from the new Age of Sigmar Dominion Launch Box! With us wanted to do a live battle, time was my main rival as I worked through the glorious new models with every free moment of the day! These are fantastic models to paint up, and I can’t wait to expand this army further!

But while the main focus was the Stormcast, I still wanted to give the Soulblight Gravelords some love! I think we can all agree that the Gravelords have some of the most amazing models available in Age of Sigmar, and with the new Path to Glory system it gave us the perfect excuse to put together a 600 point force! Now, something that is needed in any undead army is Zombies. Lots of Zombies. Thankfully the new sculpts are a joy to paint and I managed to crack out around 50 of them giving me some spares for summoning!

To back these up I also painted up 10 Dire Wolves and a trio of Fell Bats, using a combination of contrast and drybrushimg to get some quick effective results! Really happy with how those guys turned out!!

What has been your favourite model to paint this month?

As for my favourite model it has to be Yndrasta the Celestial Spear! She really is the centrepiece of the box and I kind of want to paint another one in a more unusual scheme, or perhaps use as the basis of a Daemon Princess…

Next month is no doubt going to have a Daemonic focus with Be’lakor headed back to the 40k universe, so the forces of his demonic legions will be accompanied by the traitor marines of the Word Bearers in a spicy Chaos Soup! Also, with the Kruleboyz calling me from the Dominion box and the sound of Beast Snaggas on the horizon I may well get the green paint out too!

Has to be trying out the new Path to Glory system in the 2 battle reports we played live on the stream, but don’t just take my work for it, you can watch them below!!

What have you been up to in the hobby this month?

What has been your favourite model to paint this month?

I really enjoyed painting Sevireth and can’t wait to unleash him on the battlefield.  The swirly ribbons required a bit of blending between the browns and blues and were interesting to paint.

I want to try and get my Sisters of Battle Crusade army off the ground, aiming for around 1000 points this month. My first test model is complete and I’m happy with the Order of Our Martyred Lady colour scheme so I’m good to go I think. I still have a few units left to build (and I need to but an Immolator at some point) but I want to get these ‘battle ready’ before the end of the month.

I finally got to give the Lumineth Realm-Lords a run out in my (and their) first Age of Sigmar 3rd edition game!  After spending over a year working on them it was a really good feeling to finally do battle with them!

So what have our community been up to this past month?

@HarryHoldsworth has made a start on his Soulblight Gravelords, beginning with two special characters. They all absolutely fantastic!

@JemDuducu has been incredibly busy this month.

He’s painted Be’lakor, The Crimson Court and the Witch Hunter duo for Cities of Sigmar from Broken Realms Kragnos!

He’s also converted and painted a Skitarii Marshall in the same theme as his other Adeptus Mechanicus minis, Love his use of cogs throughout his army.

@boulezianman has also been painting some undead, with some Flayers, a Zombie Dragon and the new Lauka Vai, Mother of Nightmare. Loving the base on that Dragon!

@ImmortanJoe18 has been painting Ephrael Stern in his custom scheme, The Order of the Ashen Sisterhood. Keeping it Sisters, he’s also painted the High Lord herself, Morvenn Vahl.

Dan Topping on Facebook has been a painting machine over June, as he started his Space Marine army, the Silver Skulls! Just look at how much he’s managed to get painted! He’s also converted his own Primaris Librarian in Gravis armour!

And finally Nathan Flanagan has sent in his undercoated and ready to paint army of Primaris, The Exorcists. Looks like you’ve got a lot of painting ahead of you Nathan!

Don’t forget, throughout July post your Warhammer antics on social media with the hashtag #TaleofSprues, whether it be building, painting or gaming!