Prophecy of the Wolf, the awesome new battlebox containing Ragnar and Ghazghkull  and the next Psychic Awakening book Saga of the Beast are finally up for pre order! If you want to support the site and save yourself 20% too then why not order from Element Games!

Prophecy of the Wolf 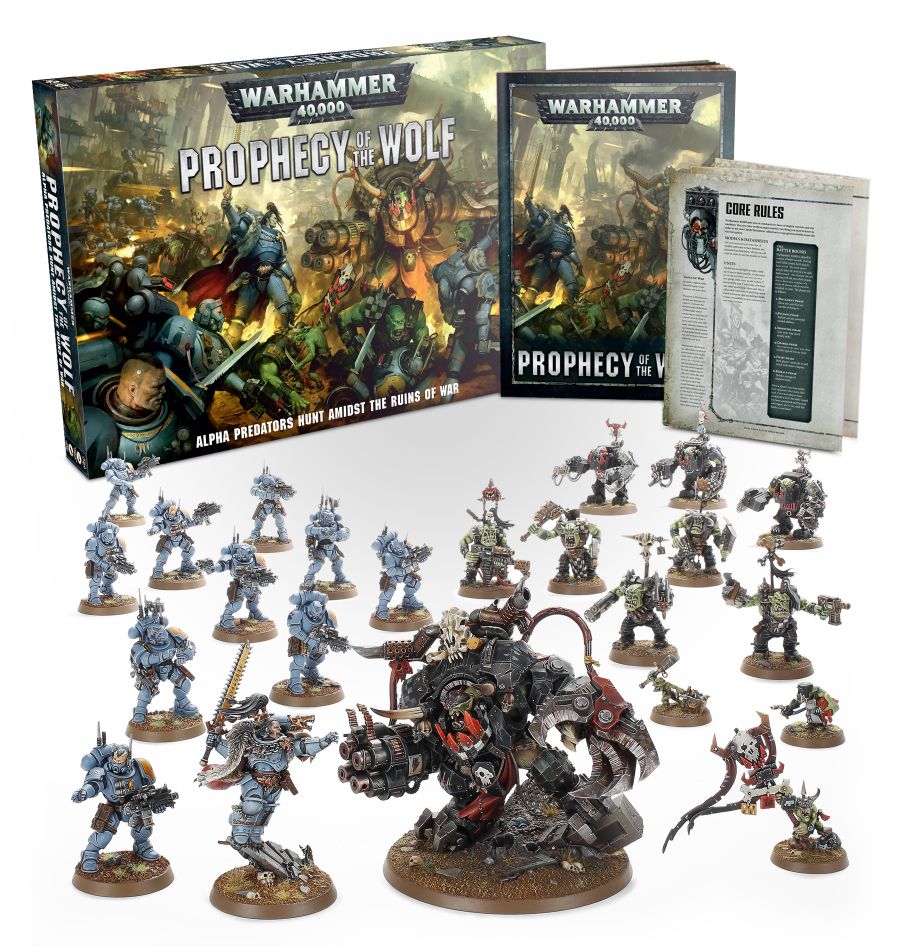 Refight one of the most epic duels in Warhammer 40,000 history as Ragnar Blackmane, one of the greatest, most naturally gifted warriors in the Imperium, goes blade-to-klaw with the legendary Grand Warlord of the Orks, Ghazghkull Thraka. This battlebox contains everything you need to pit the fiery young Wolf Lord and his Space Wolves Strike Force against the monstrous warboss and his Nobz bodyguard.

Whether you’re looking to experience one of the most thrilling new chapters in Warhammer 40,000 lore for yourself, battle a friend or get a handy selection of units for your Space Wolves and Orks, this set is for you!

The 32-page Prophecy of the Wolf campaign book is your guide to the events that led to the fateful duel between Wolf Lord and Grand Warlord – and what happened in the aftermath. Additional rules, meanwhile, give you datasheets for everything in the set, as well as army abilities that let you master their full potential. A set of missions let you play through a mini-campaign that’s ideal whether you’re looking to learn the ropes with the armies in the set or experience an evening of thrilling games with a friend.

Psychic Awakening: Saga of the Beast 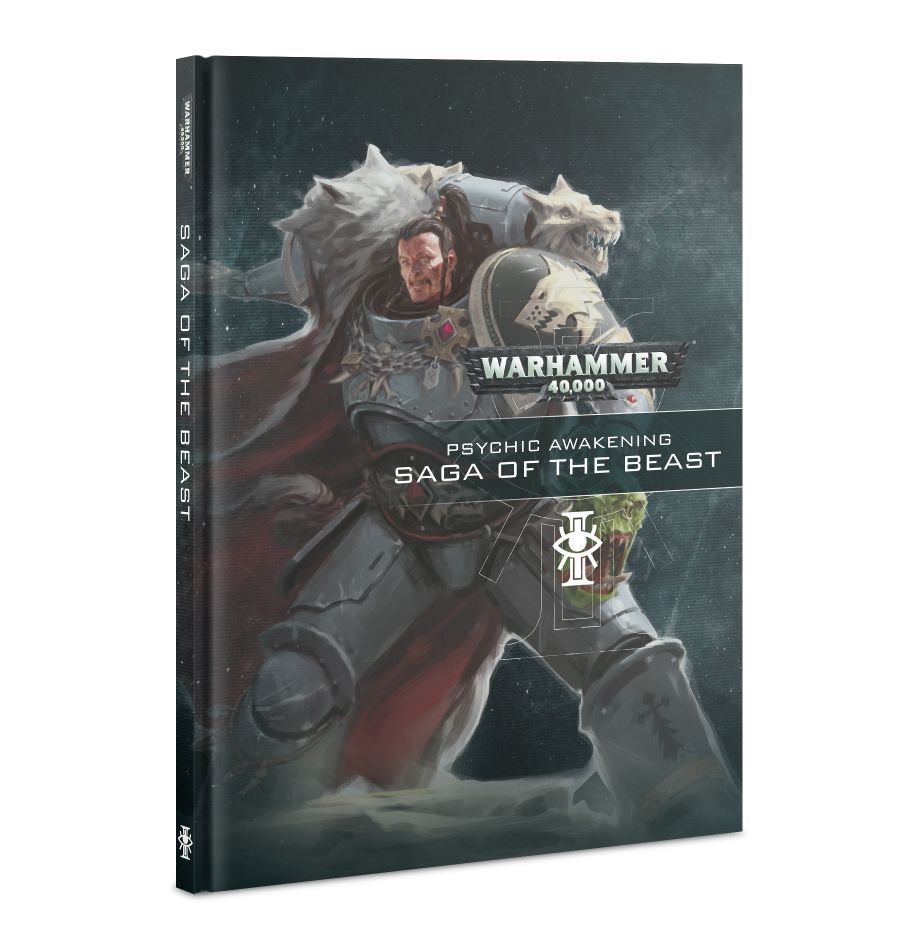 Book 6 of the Psychic Awakening Series

When the Great Rift tore open across the galaxy, the Orks saw it as a conduit to even greater conflicts and battles. Ghazghkull’s Great Waaagh! rapidly grew in size and strength with each fresh conquest as the greenskins instinctively mustered for war. The Grand Warlord’s hordes were further swollen as the visions of Ork Weirdboyz compelled their warbands to join the Great Waaagh from light years away.

Meanwhile, the Rune Priests of the Space Wolves received visions of their own, foretelling the unification of the greenskin race. Determined to intercede before such an eventuality could befall the Imperium, Logan Grimnar took decisive action, sending his Great Companies across the Sea of Stars in a bid to defeat the Orks before they became unstoppable and finally rid the galaxy of the threat Ghazghkull posed.

In the sixth instalment of the Psychic Awakening, you’ll read how the Space Wolves engaged the Orks wherever they could be found – and what happened when Ragnar Blackmane tracked Ghazghkull to his base of operations on Krongar. Meanwhile, a vast set of rules expansions enhance your armies of Space Wolves and Orks with name generators, updated datasheets and much more besides.

– Riveting background that reveals the sheer magnitude of the gathering Ork threat
– Missions that allow you to recreate some of the most pivotal battles that took place when Wolf met Beast
– Expanded army rules for the Space Wolves – including the deadly new Primaris version of Ragnar Blackmane
– Expanded army rules for the Orks – including the new datasheet for Ghazghkull Thraka (who is not just back, but more powerful than ever!) and his plucky grot banner bearer, Makari