Today the first instalments of the Psychic Awakening series go up for pre order in the form of Phoenix Rising and Blood of the Phoenix! If you would like to help support the site then please order through Element Games, and save yourself money too!

Blood of the Phoenix 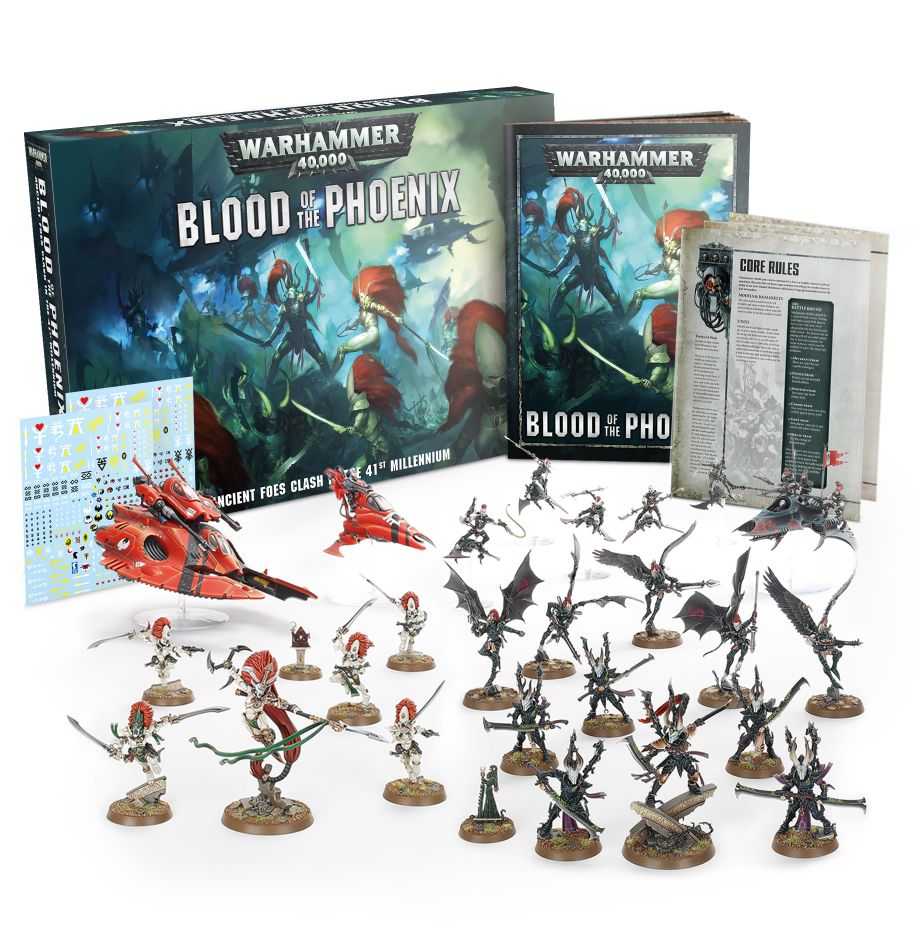 Enter a terrifying new age for the Aeldari with Blood of the Phoenix – a boxed set that kicks off the Psychic Awakening with a battle between two of the galaxy’s greatest warriors. This battlebox contains everything you need to pit legendary Phoenix Lord Jain Zar and her craftworld allies against a shadowy strike force commanded by Drazhar – the notorious Master of Blades.

Whether you’re looking to experience one of the most thrilling new chapters in Warhammer 40,000 lore for yourself, battle a friend or get a vast host of models for your Ynnari, Drukhari and Craftworlds armies, this set is for you!

Inside, you’ll find 25 plastic Citadel miniatures that allow you to build, paint and battle with two forces of Aeldari – or field them as a single Ynnari army!

These include:
– Jain Zar armed with the Silent Death and the Blade of Destruction
– 5 Howling Banshees
– 1 Falcon
– 1 Vyper

There are also a pair of handy markers. The 40-page Blood of the Phoenix campaign book is your guide to the Time of Death Ascendant and the fierce struggles within the Aeldari race. Discover the background of the Craftworlds, Commorragh and beyond as a dark plot is made to slay a Phoenix Lord. Additional rules, meanwhile, give you datasheets for everything in the set, as well as army abilities that let you master their full potential. A set of missions, meanwhile, let you play through a mini-campaign that’s ideal whether you’re looking to learn the ropes with the armies in the set or experience an evening of thrilling games with a friend. 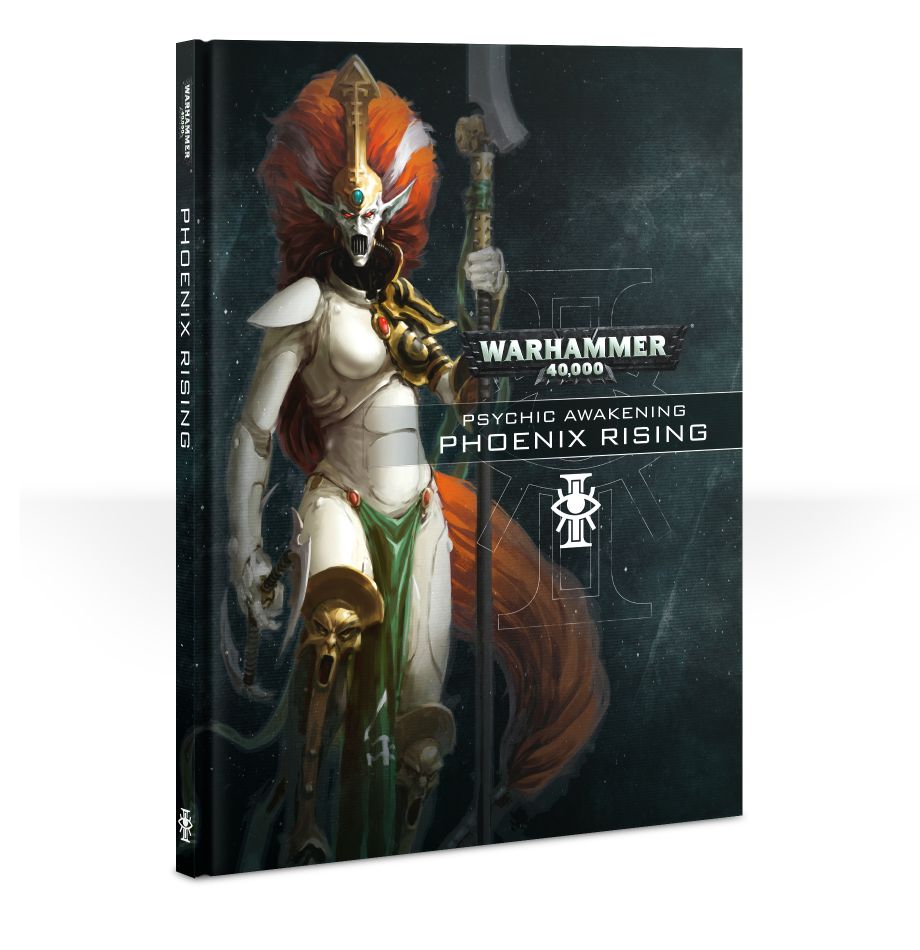 Book 1 of the Psychic Awakening Series

Enter a dark new era of warfare in Phoenix Rising – the first book in the epic Psychic Awakening series. Part rules manual, part thrilling narrative, this is your guide to perhaps the darkest challenge the Aeldari have ever faced – and perhaps, their greatest opportunity.

Through enticing lore, you’ll discover the consequences of the opening of the Great Rift on the various factions of the Aeldari, as from Commorragh to the Craftworlds, ancient schemes come to fruition and a civil war between the Ynnari and their rivals brews. Meanwhile, a vast set of rules expansions enhance your Drukhari and Craftworlds armies with name generators, updated datasheets, and in-depth rules that let you create your own Craftworlds, Kabals and more!

– Background that brings the full impact of the Great Rift upon the Aeldari to life, examining the rifts formed between various factions in their society, the rising belief in Ynnead, the predations of Slaanesh, and more!
– Missions that allow you to recreate some of the most pivotal battles involving the Aeldari during the psychic awakening, and war zones that let you bring your battles to some of the most pivotal sites of conflict
– Expanded army rules for the Craftworlds, including alternative Exarch abilities, updated datasheets for Jain Zar and Howling Banshees, a new Psychic Discipline, and a system that allows you to build your own Craftworld Attributes
– Expanded army rules for the Drukhari, including updated datasheers for Drazhar and Incubi, name generation tables, and a system that lets you build your own Kabals, Wych Cults and Haemonculus Covens
– Expanded army rules for the Ynnari, including army-wide abilities, datasheets and matched play points for The Visarch, The Yncarne and Yvraine, Warlord Traits, Stratagems, the Revenant Psychic Discipline, Relics of Ynnead and more!