Little bit of older news today, however is not written about them before now, so here we go.

If you have a store opening or re-locating near you then your in for a treat, as you’ll be able to pick up a number of models.

Berek the Indomitable was announced over on Warhammer Community on the 14th. He looks awesome! The pose, the Ork head, this man means business. 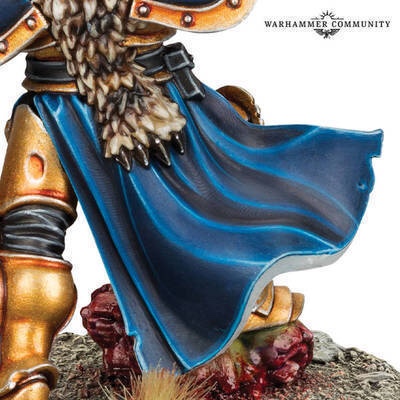 He’s the second Stormcast Eternal announced for store openings, as Leena Stormspire was announced some weeks ago now.

She’s actually probably my favourite of the two Eternals.

For those not into Age of Sigmar you can also pick up an exclusive Terminator Captain and Chaplain, along very nice sculpts.

As mentioned these are only available to purchase from new store openings or relocations, so they are going to be a bit of a challenge to get hold of. I’m really keen to get hold of those Stormcast but no rumours of store moves or openings up here in the North West of the UK!

What do you think of these minis? Let us know via the comments and social media!