My goodness, what a packed studio preview this is!!

Let’s start with the Age of Sigmar reveals…

No messing, this is huge. New Battletome, Endless Spells and models for the Dark Prince. Including for the first time in plastic, a Keeper Of Secrets!

The Stormvaults are opening, and we now know what this means, new relics and endless spells! Usable by every faction, some of these minis look superb. 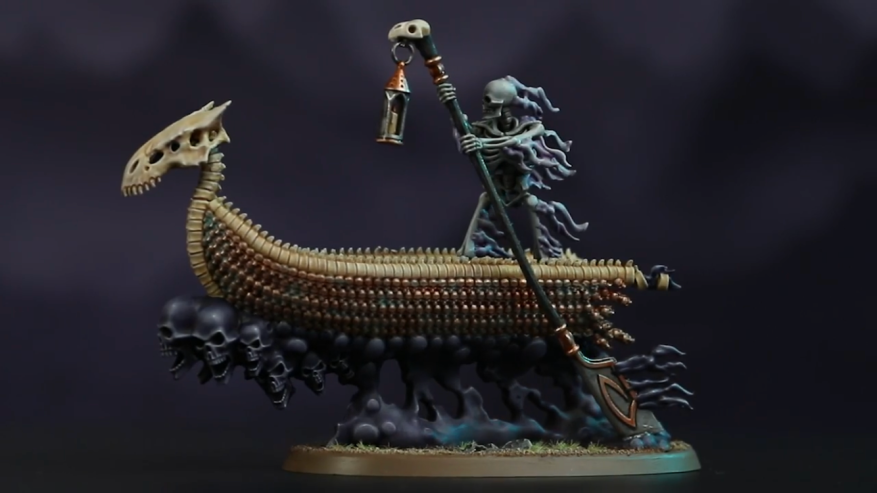 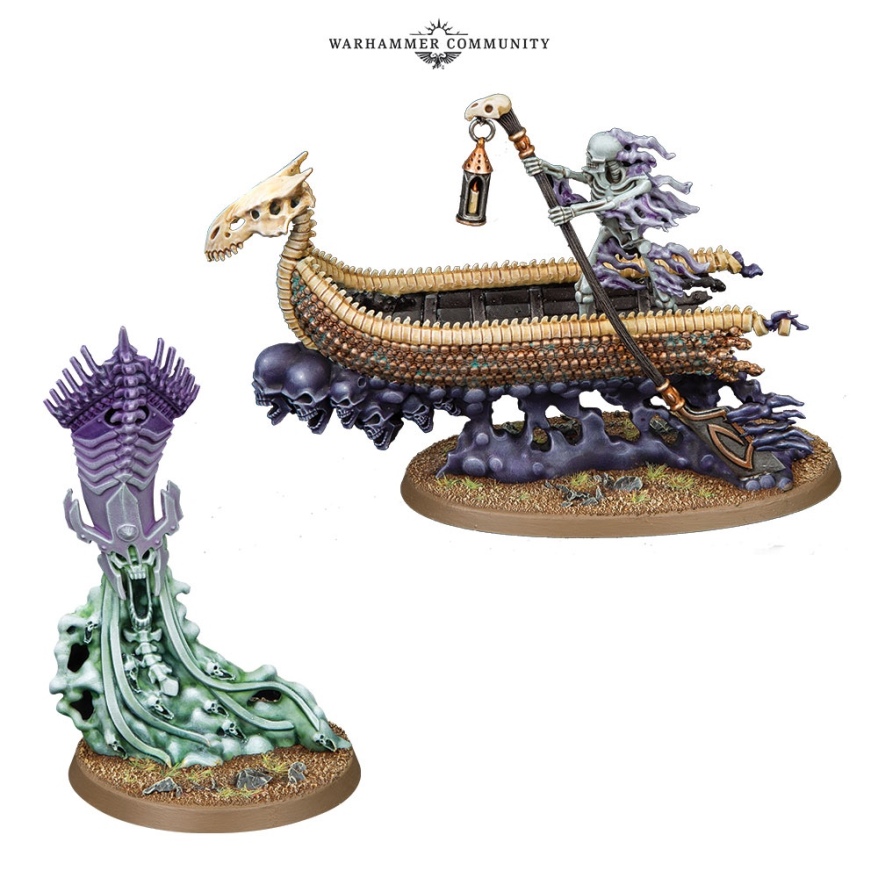 This expansion will continue to tale started in the Soul Wars.

Matt’s Fristy Fyreslayers are in for a treat! A new Battletome for the duradin. Whilst their appears to be no new minis, their will be Magmic Invocations (read endless spells equivalent). Summonable fire monsters! Oh, and a scenery piece too!

A new Sigmar battlebox was teased, which appears to be Sylvaneth Vs Gloomspite!

We’ve had a better look at the Iron Golems, one of the new Chaos factions for the upcoming Skirmish game Warcry. 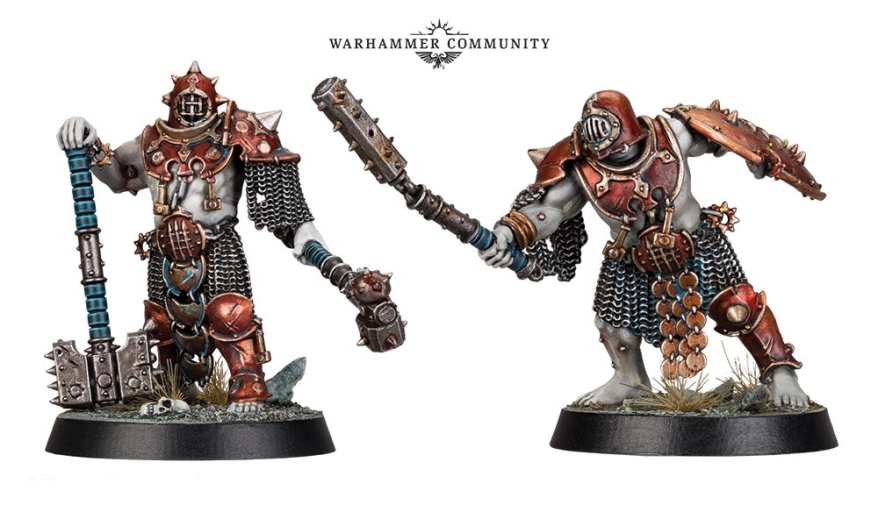 As well as the new Furies and Raptoryxes

9 non-Chaos factions will have rules at launch also 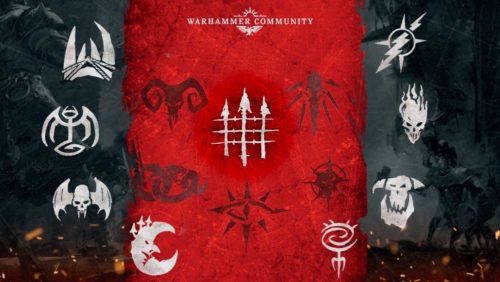 The Overlords, previously announced as incoming to Underworlds were shown off!

Yes, massive Warhammer 40,000 battles return, only this time with its own rule set and wait for it…movement trays!

The idea behind this new game system for 40k is to make epic large scale battles faster and more cinematic. 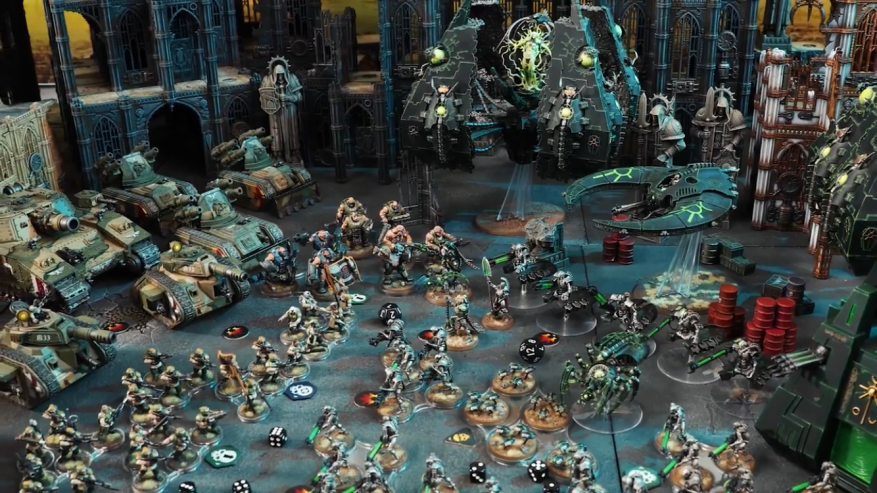 That’s really the start and end of 40k reveals, however the preview team did say that later this year they’ll be looking at other warzones across the galaxy now that Vigilus has concluded.

A very amusing video was shown hinting at something new to help rid us of grey plastic, unpainted models. Whilst probably not your own personal Peachy and Duncan, I’m excited to find out what this could be! 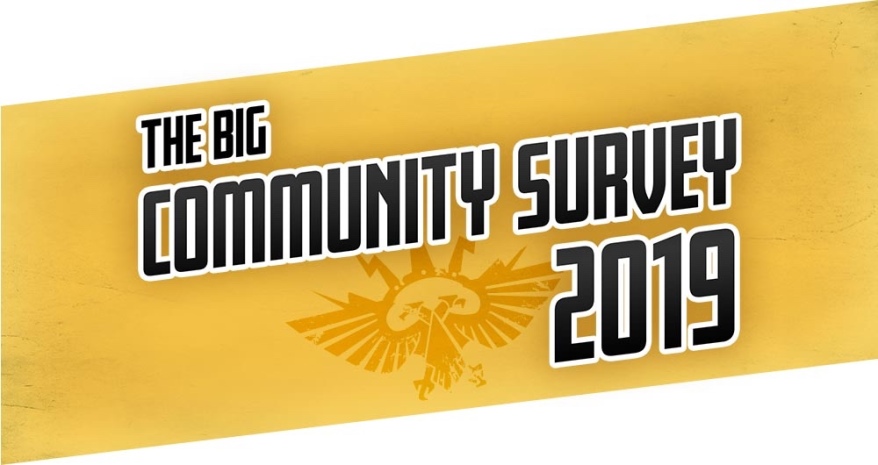 Finish the survey and you could win a Sisters Of Battle Army! 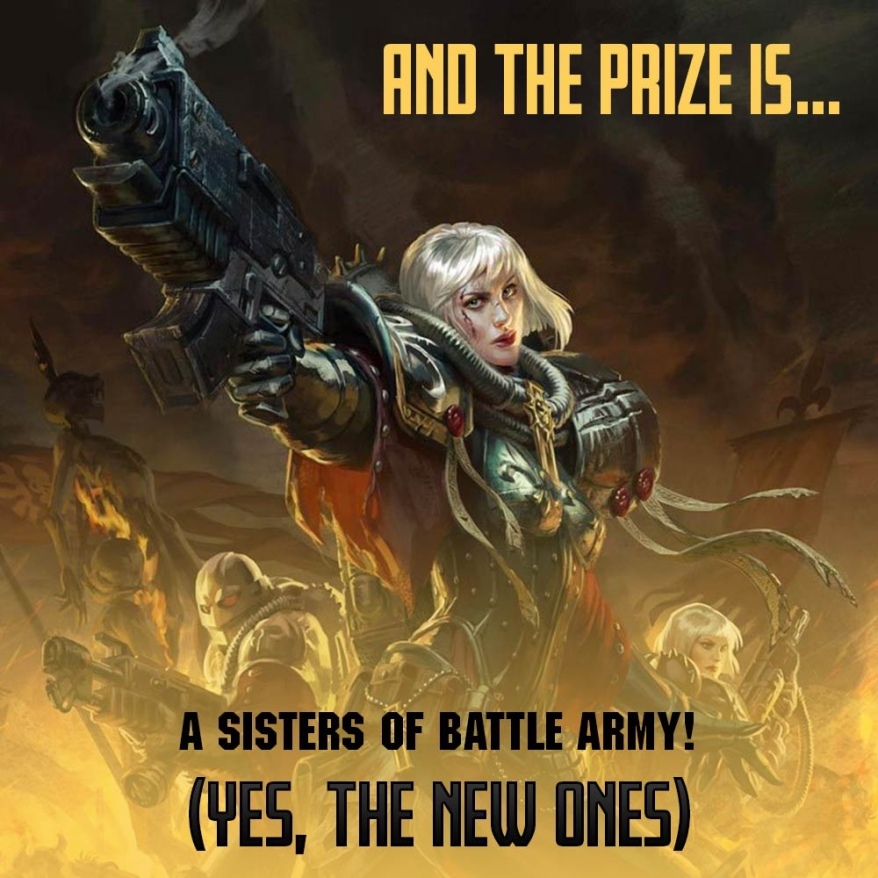 A second independent event exclusive model was revealed, which can be purchased at Adepticon