Next month’s White Dwarf is practically Codex: Imperial Assassins, as the assassins get some love with new rules and strategems!

Thanks to Paul Griffiths over on Facebook for the heads up!

First of all, as long as your Warlord has the Imperium keyword you can take a Vanguard Detachment Of Assassins, however you’ll only get the additional command point should you take one of each assassin. 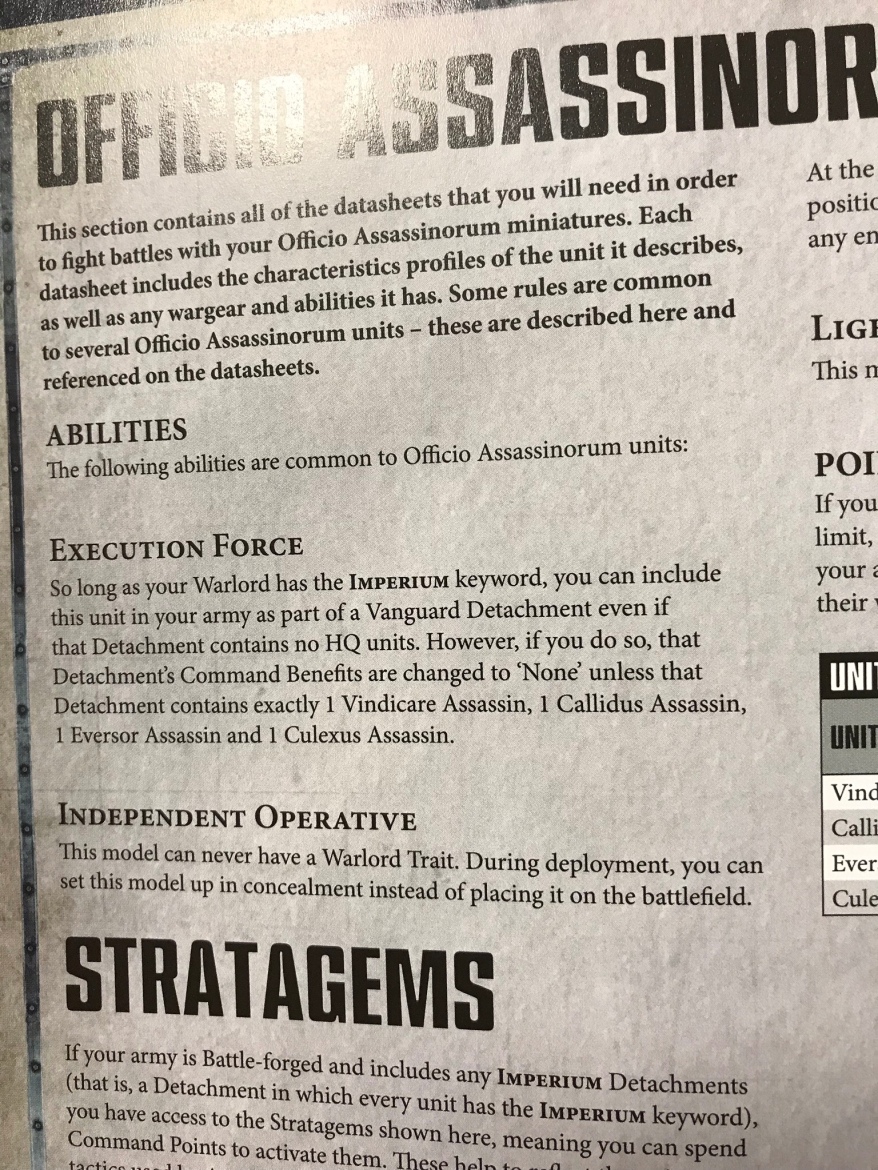 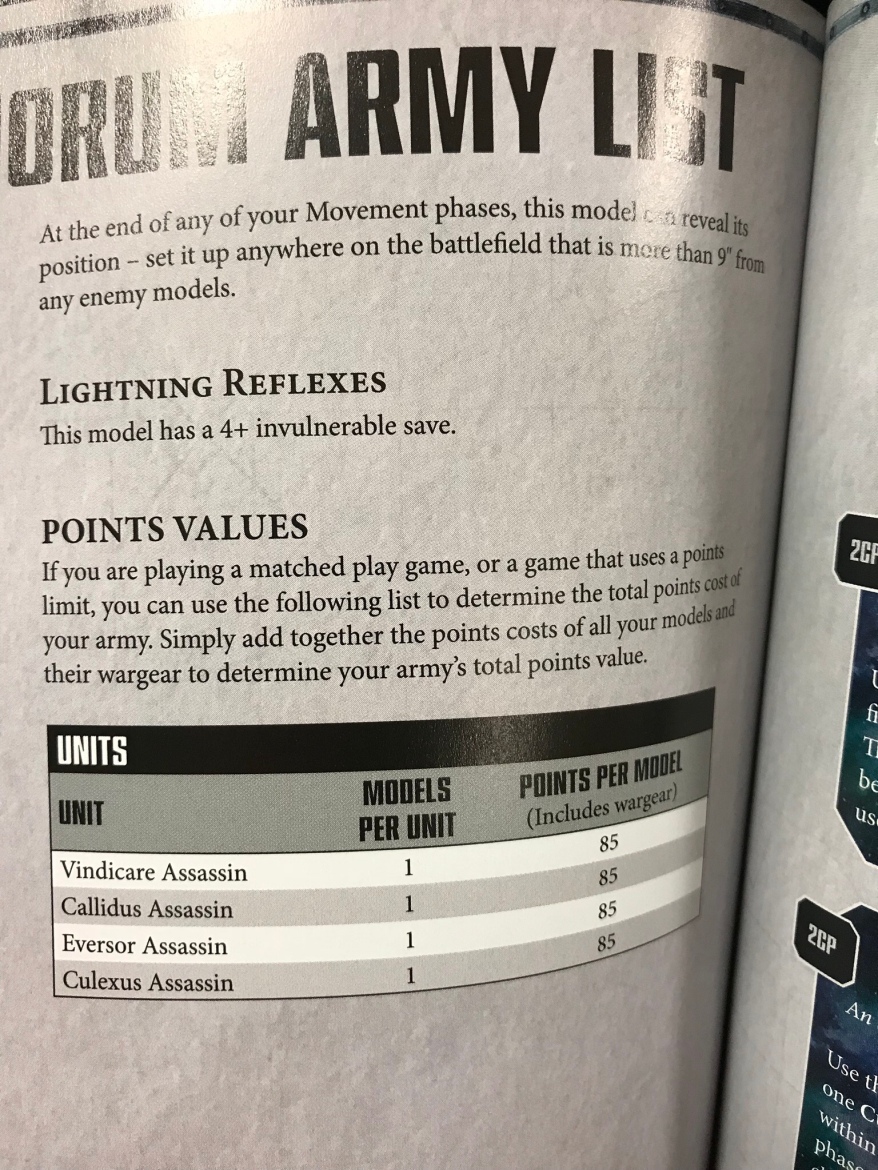 What I do really like is for 1CP (in matches play games) you can declare your army is going to include an assassin. Whilst you will have to pay reinforcement points, as each assassin costs the same amount of points, you’ll have free reign to choose an assassin right for the job. So tournament players may find they want to take one of each assassin with them and choose depending on their opponent which to unleash. 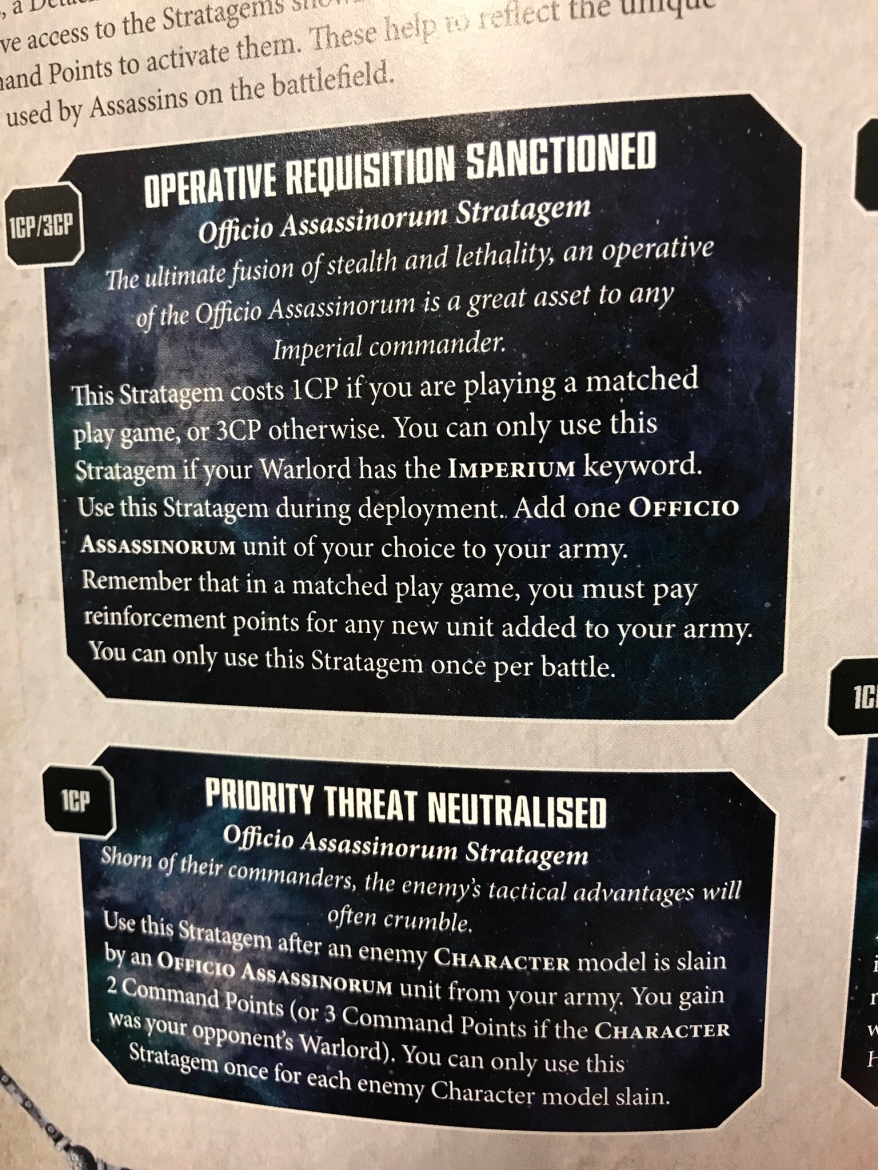 Their is also a stratagem there to gain some sneaky command points back for killing characters, in particular your opponents Warlord.

Let’s have a peek at some more strats: 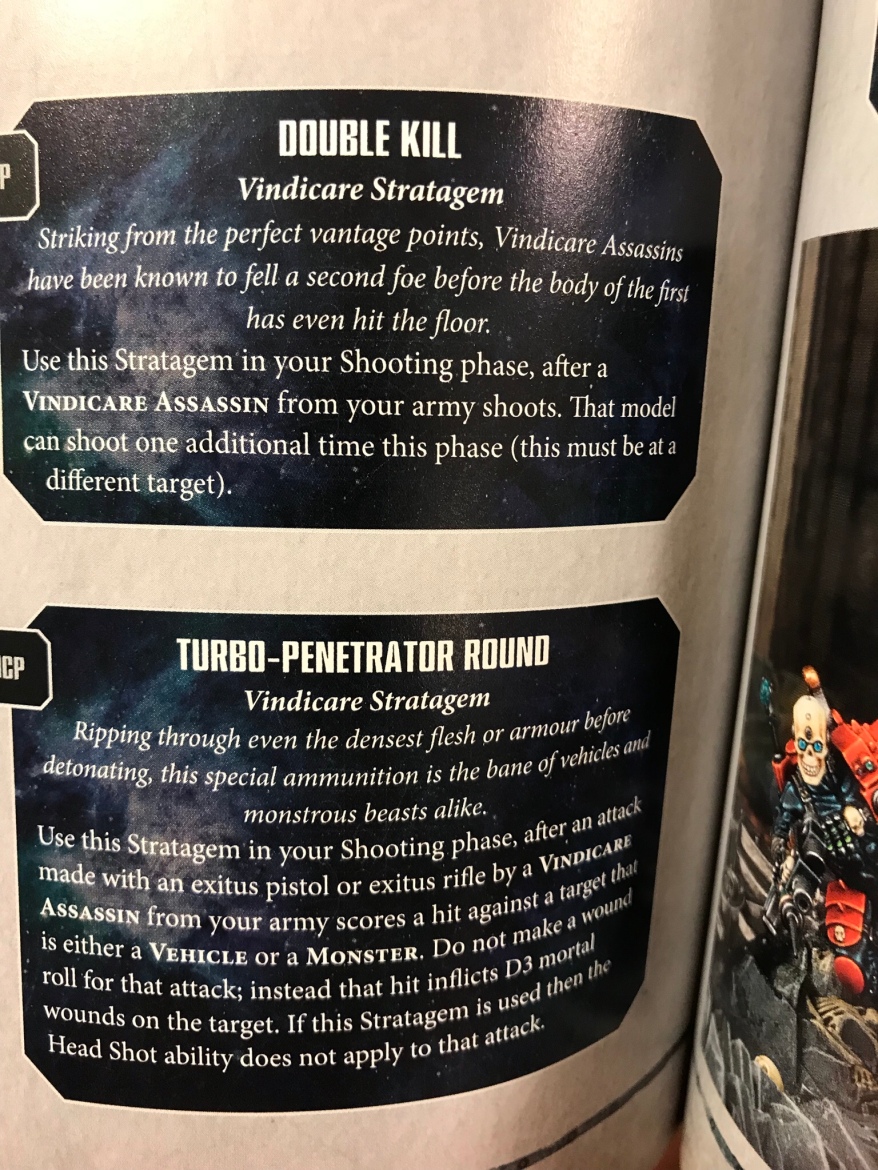 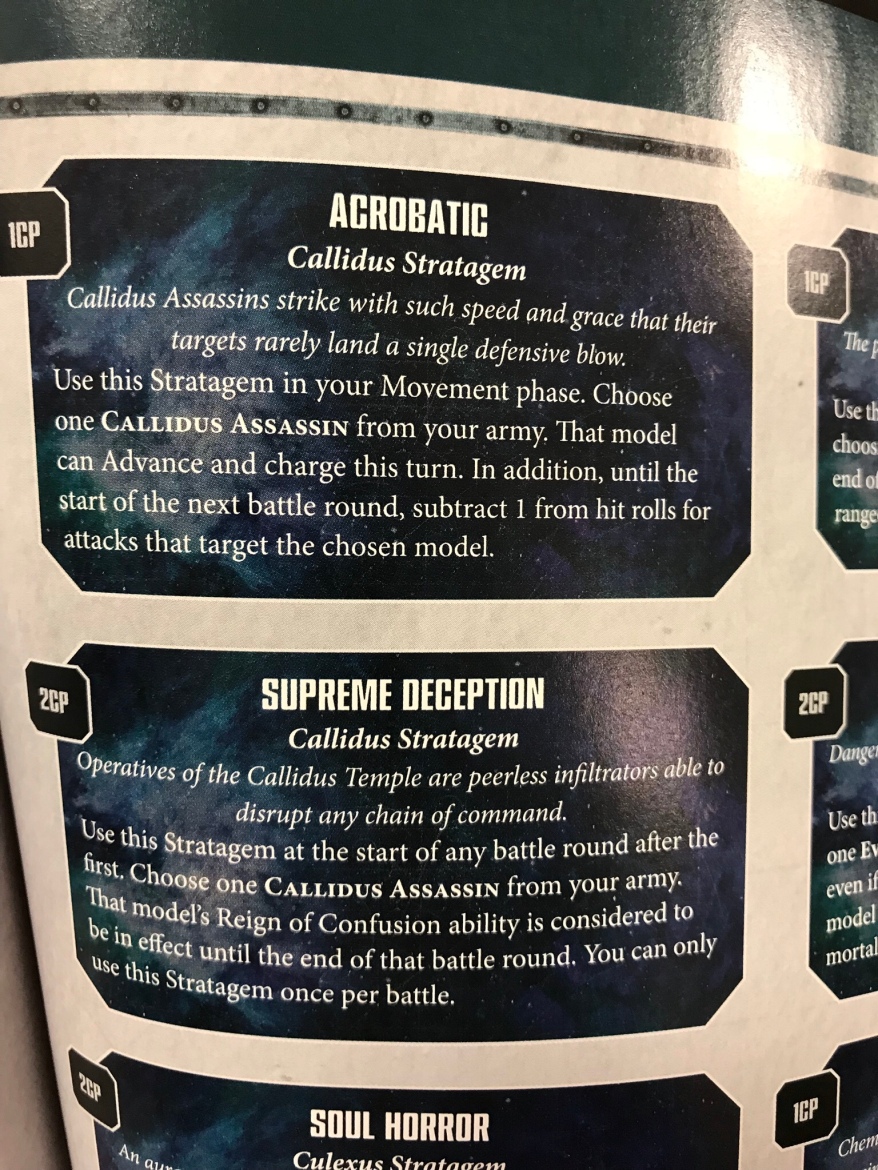 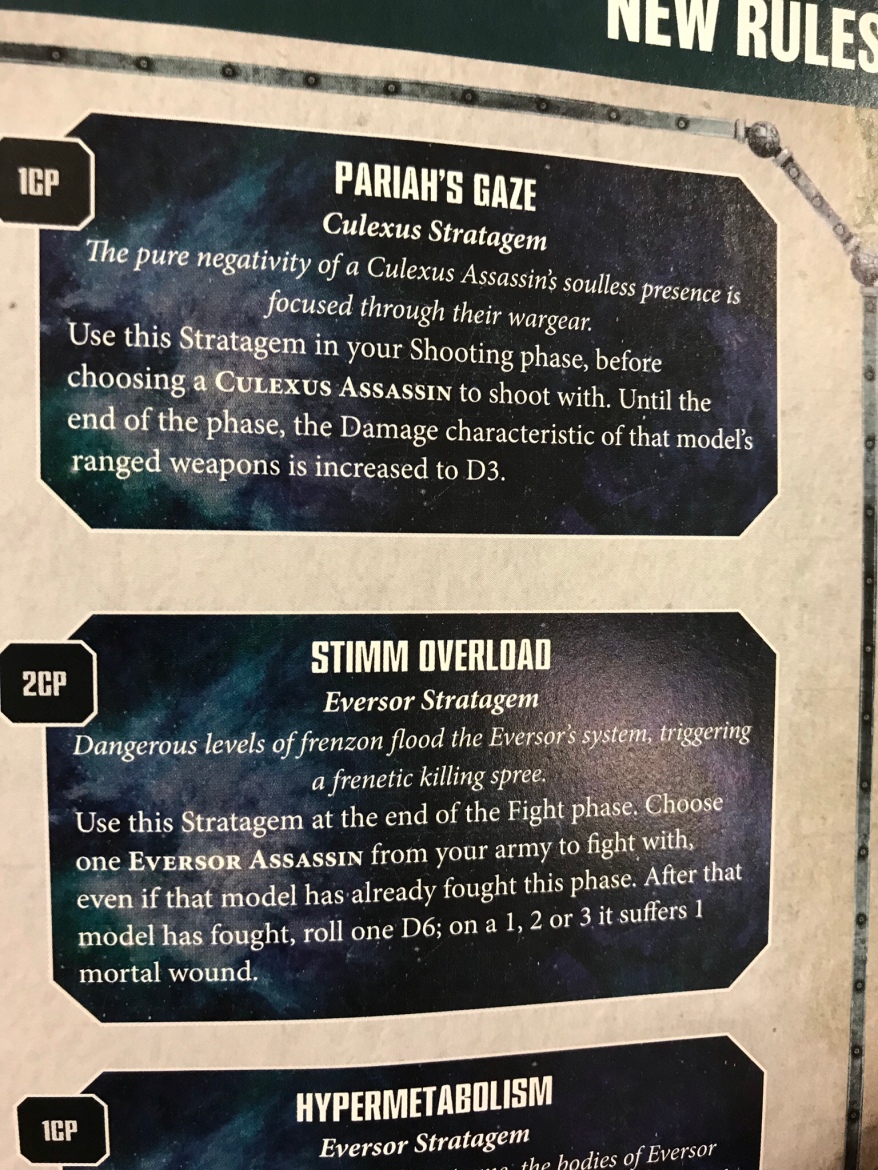 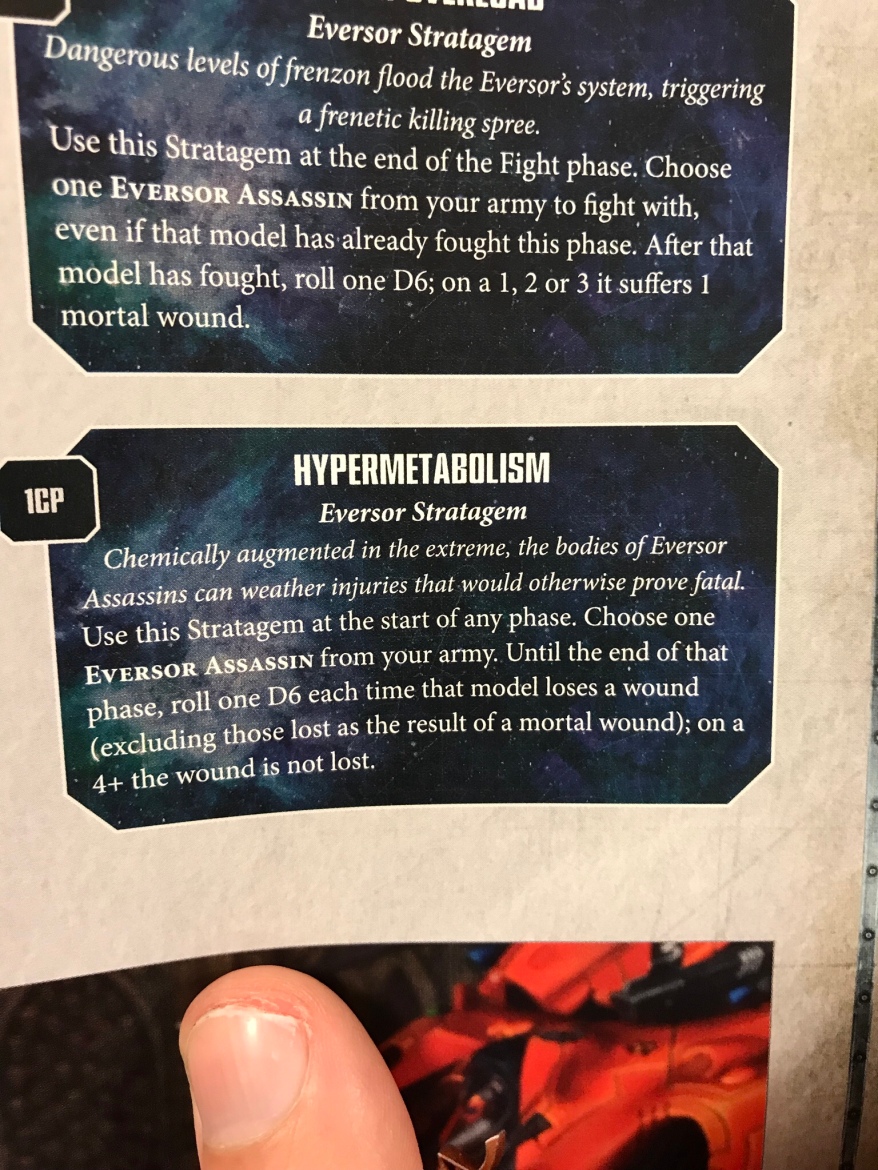 I’m a big fan of the Vindicare Assassin, so the chance to shoot twice is brilliant, especially combined with his rules. 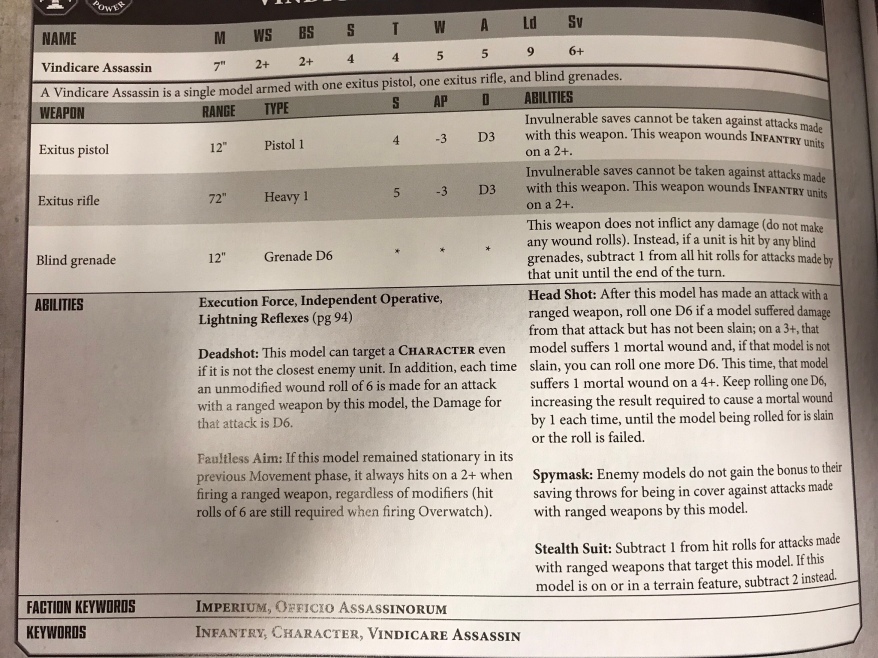 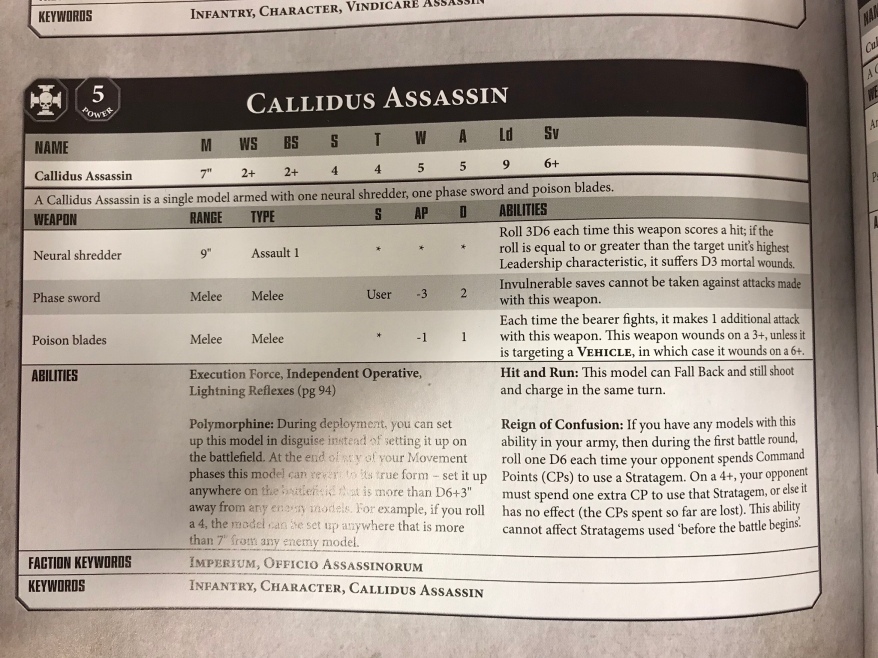 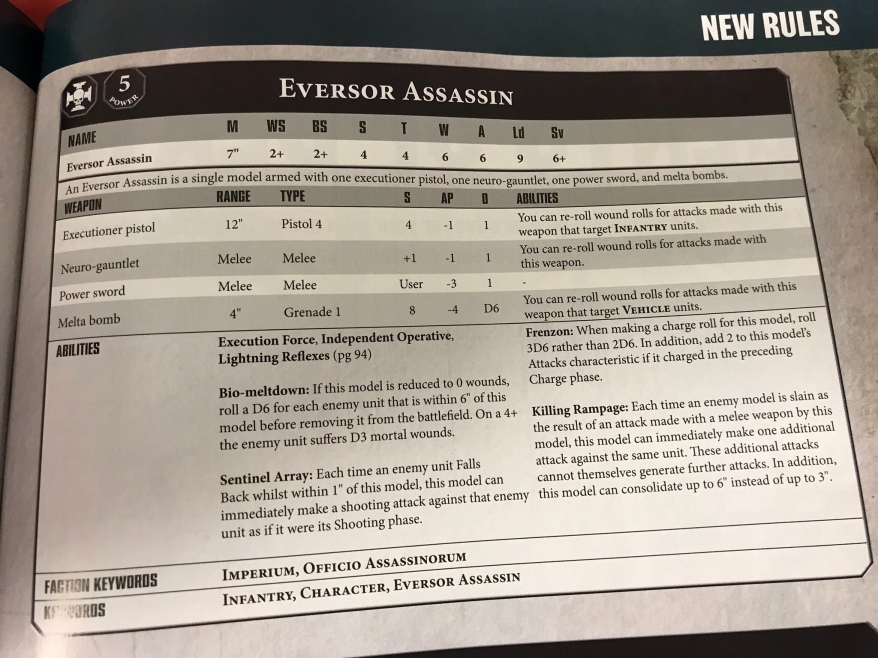 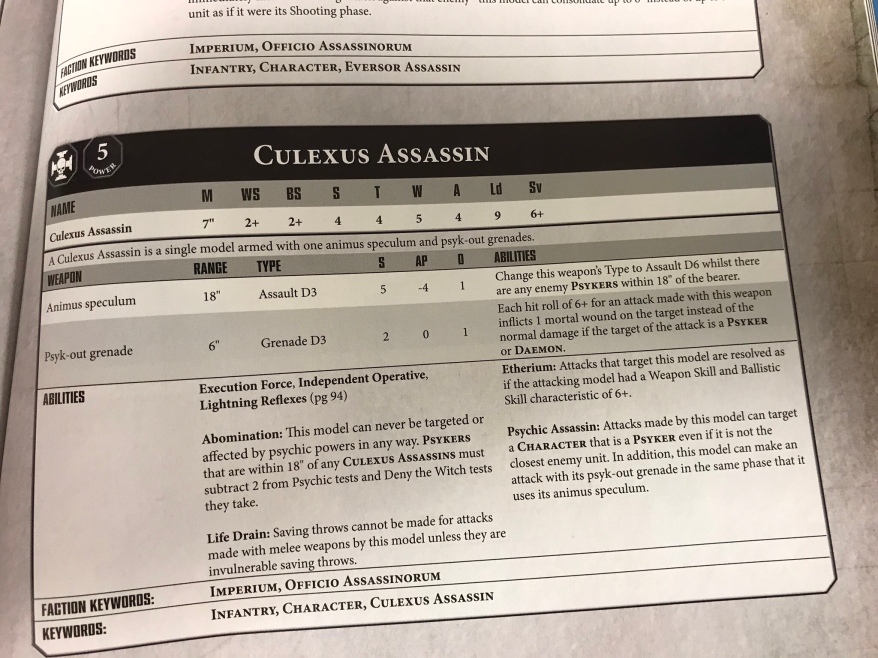 Check out that ‘Headshot’ rule from the Vindicare! Goodbye characters! It’s like a little mini one model ‘Curse of Years’.

Definitely worth picking up the new copy of White Dwarf when it’s released!