It’s finally time! The long anticipated Genestealer Cults codex is up for pre order on Saturday, and with it is coming a load of amazing looking kits!

Looks like we also get some confirmation of the “Blip” deployment – will be interesting to see what we get in the Warhammer Commuity previews over the next week!

Here’s all the goodies coming from WarCom

If you’ve been patiently hanging on for the release of the Genestealer Cults ever since the earliest teaser at the Vigilus Open Day, don’t worry – the wait is finally over. (Well, it will be next weekend, anyway!) Indeed, a monstrous haul of new Genestealer Cults characters, units and even a terrain piece will be up for pre-order next weekend, along with a codex packed with new background and rules. Let’s break it down.

Jackals act as the eyes and ears of the Genestealer Cults. They ride a variety of rugged Atalan-class exploratory machines, of which the most common are dirtcycles and four-wheeled Wolfquads. These outriders are swift and skilled at evading enemy fire as they speed around the battlefield. The Wolfquads also offer the Jackal packs some handy fire support with a heavy weapon mount.

A Jackal Alphus is far from just the leader of a cult’s Jackal packs – they can coordinate targeted strikes on priority threats and even take matters into their own hands with well-placed shots from their high-powered sniper rifle. 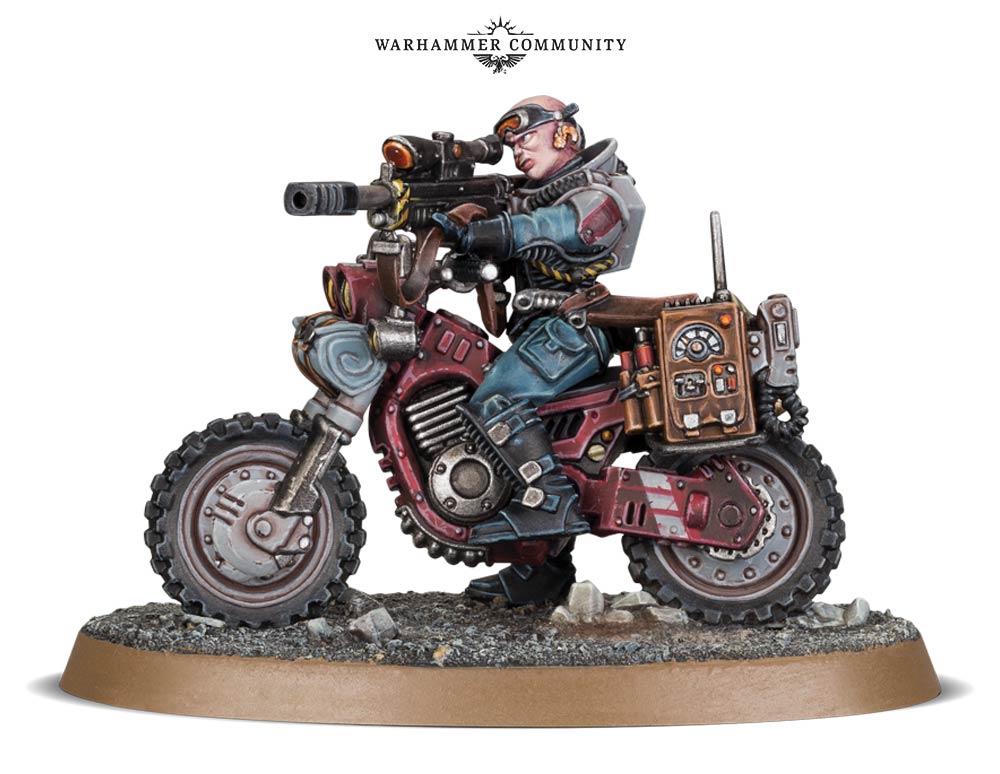 These mysterious, austere characters serve as bodyguards to their gene-sect’s Magus or other senior cult leaders. They are poised to strike at a moment’s notice should any threat to their master reveal itself, their actions so sudden and swift that their intended target often has little or no warning as to the Locus’ intervention – usually with terminal consequences. 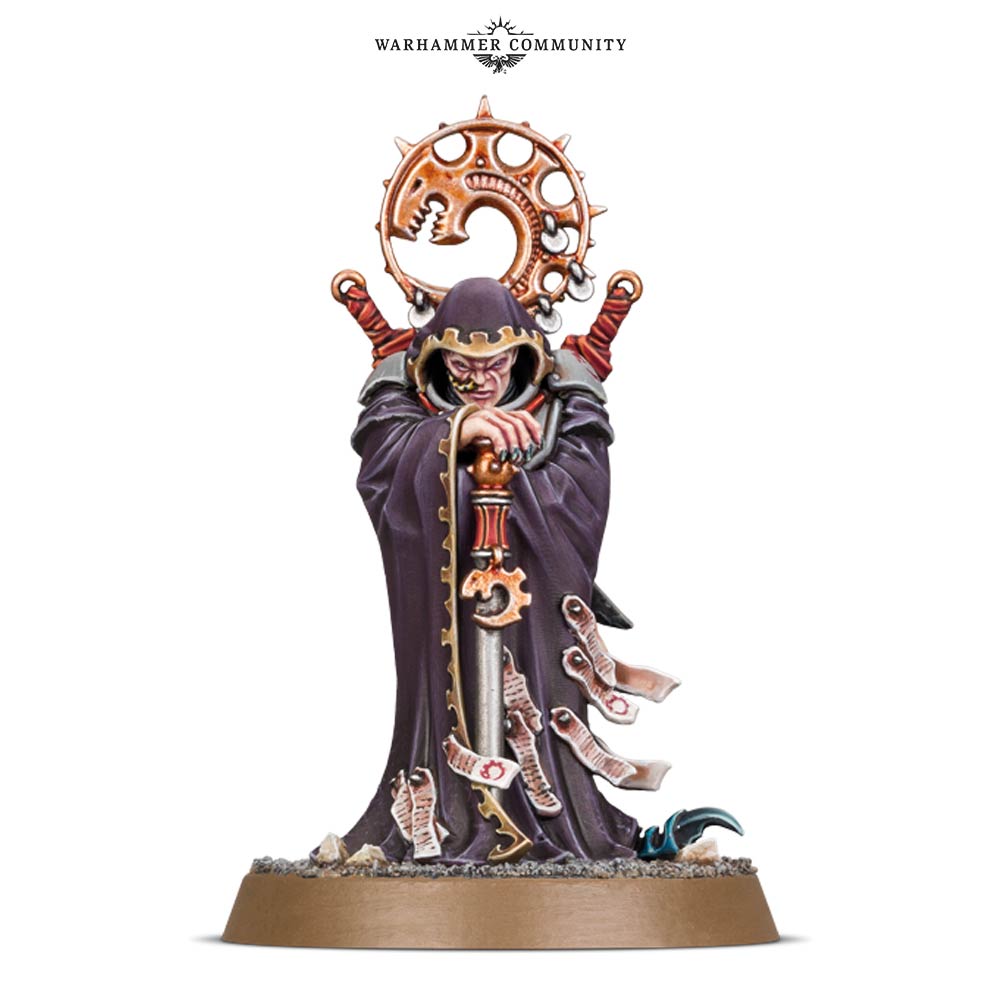 This new miniature sees a Magus available separately for the first time. A Magus serves as the cult’s spiritual leader, fortifying the minds of their kin against the psychic influence of their enemies. Each Magus is a formidable psyker, wielding subtle Broodmind powers to confound their foes or galvanise their fellow cultists to frenzied acts of devotion. 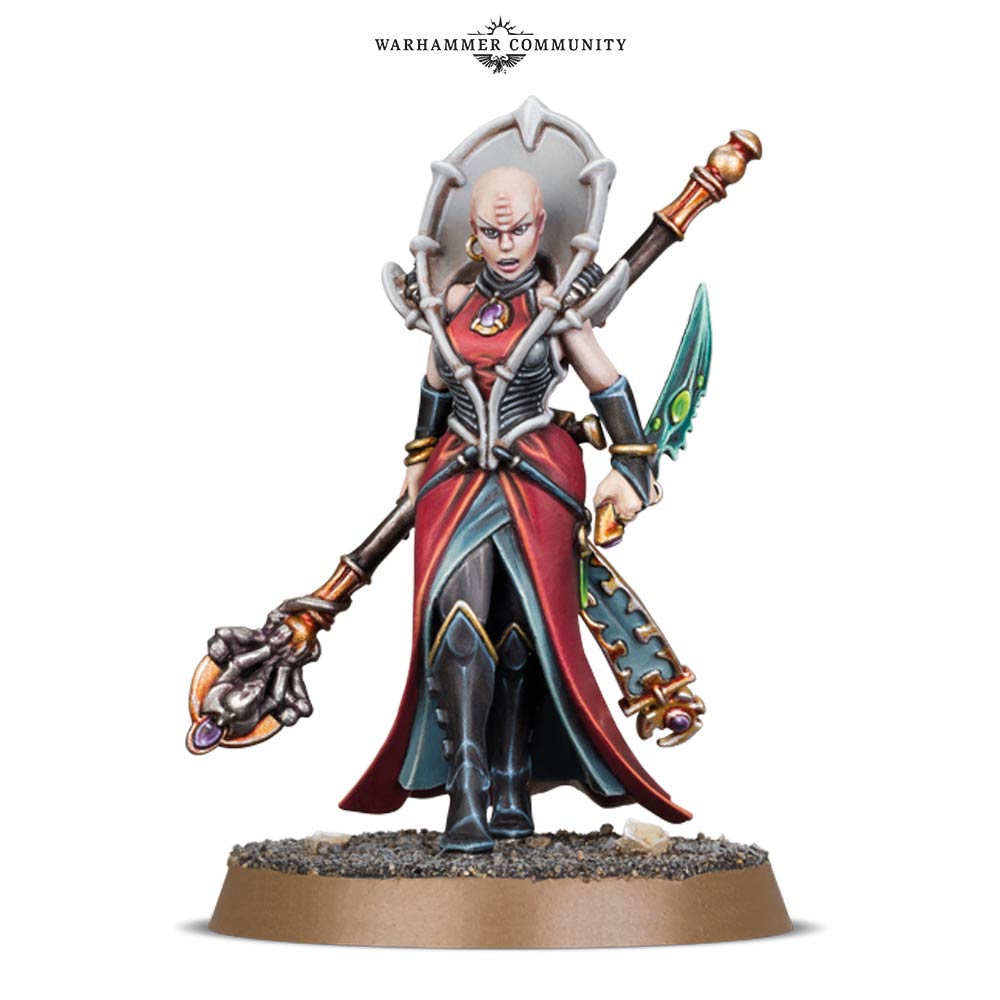 To their fellow gene-sect members, the Clamavus is the spreader of truth – a hero who broadcasts the emancipatory creed of the cult far and wide. They use a scrambler array to thwart the enemy’s battleplans, all the while inspiring their kin with booming oratory amplified by their suit’s integrated proclamator hailer. 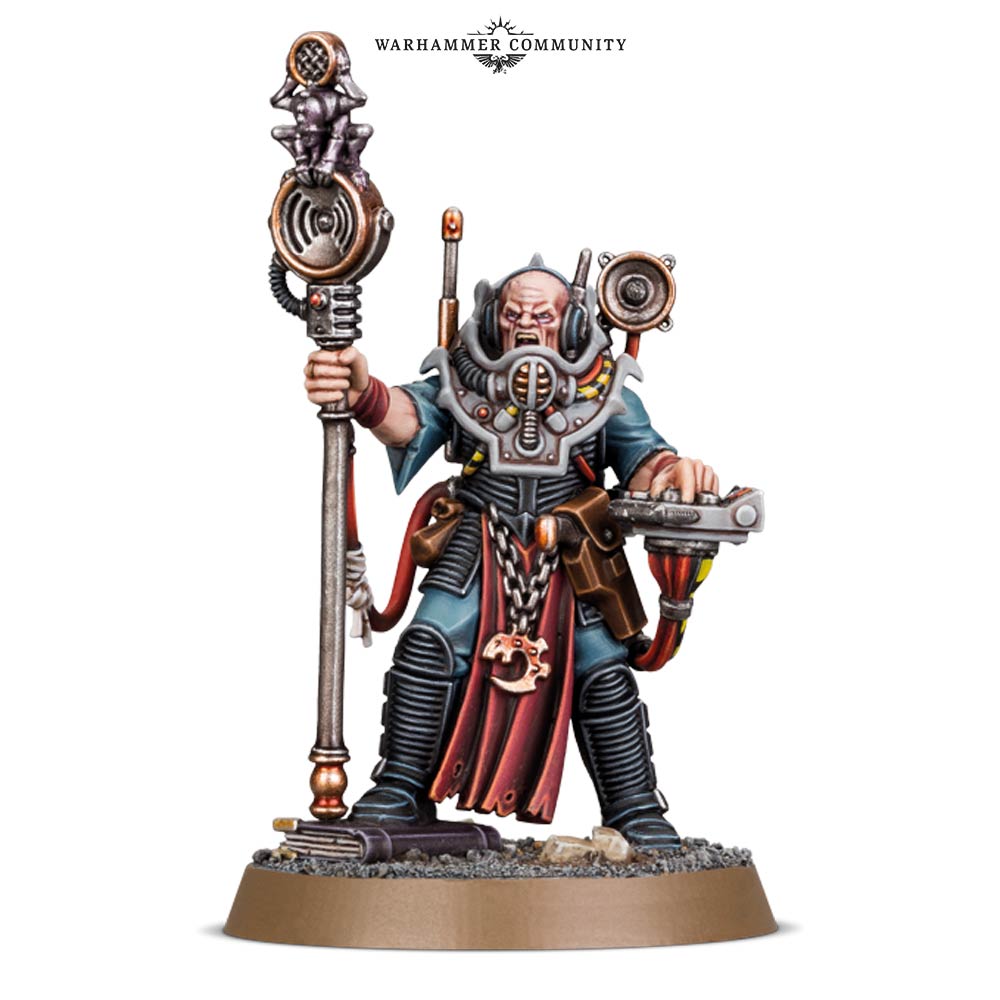 In order to meet their agenda or deter prying eyes from their clandestine activities, a Genestealer Cult must sometimes resort to less subtle forms of intervention by eliminating the problem directly. Whether by a sniper’s bullet or a knife in the dark, those assassinated for the survival of the cult will invariably have been the mark of a camo-cloaked Sanctus. 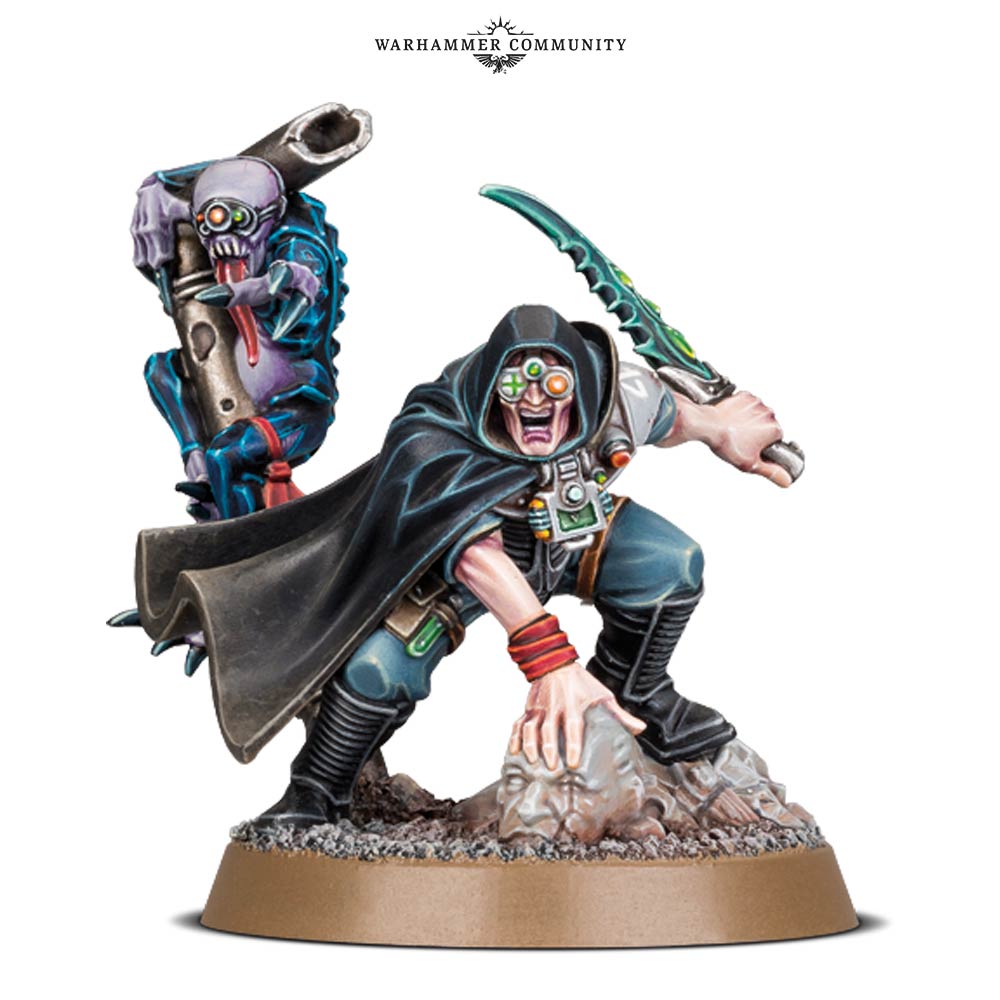 A Nexos is a consummate strategist. By analysing and interpreting every subtle ebb and flow of battle, they can identify vulnerable positions for their kin to exploit, pointing out potential flanking routes and subterranean passages perfect for arranging sudden ambushes. 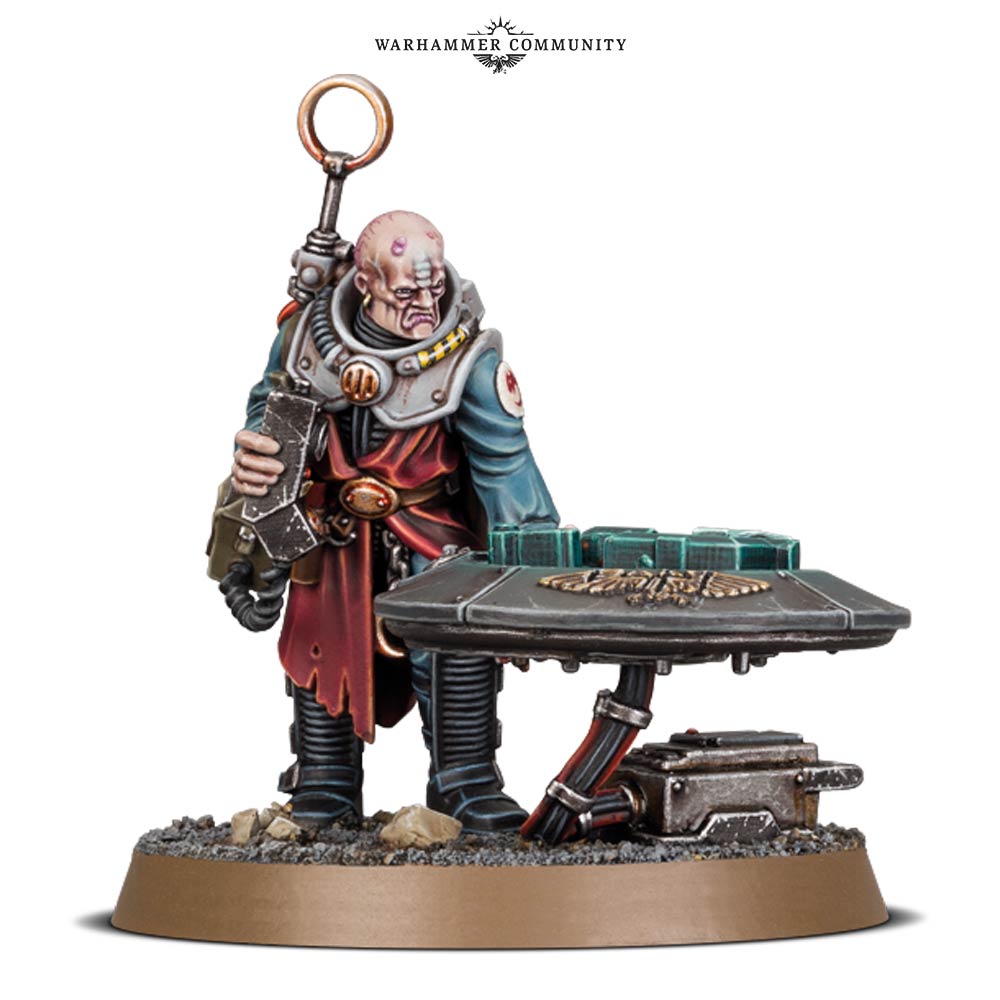 Tectonic Fragdrills can make a pinpoint assault on the most volatile parts of the planet’s crust, resulting in a localised earthquake. The Genestealer Cults have learned to harness these machines to cause maximum disruption to their foes on the battlefield. 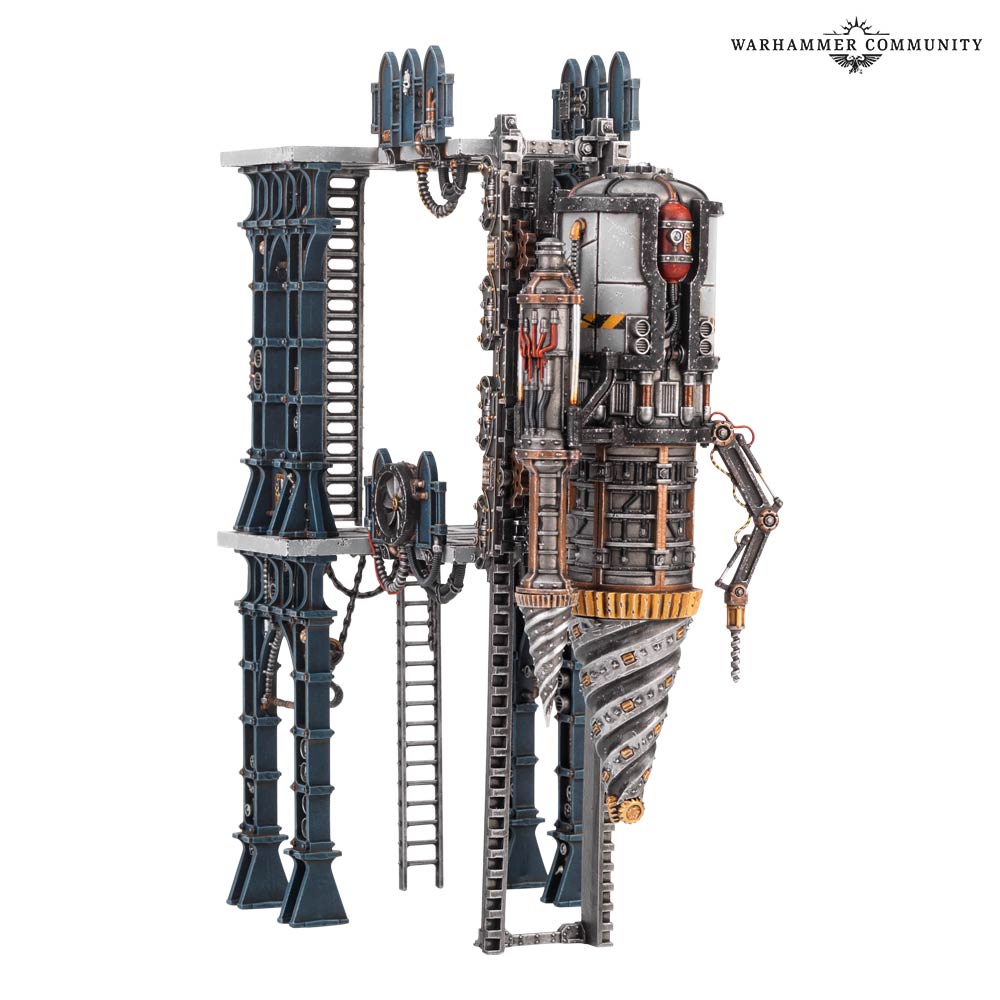 Before their long-planned uprising, the third and fourth generation Neophyte cultists will often seek to infiltrate their world’s Planetary Defence Force and Astra Militarum regiments, providing the cult with trained soldiery to call upon when the time comes. This handy combined set features 10 Cadian Shock Troops, a 2-man Cadian heavy weapon team, and a Genestealer Cults Upgrade Frame with which to subvert them to your cause. 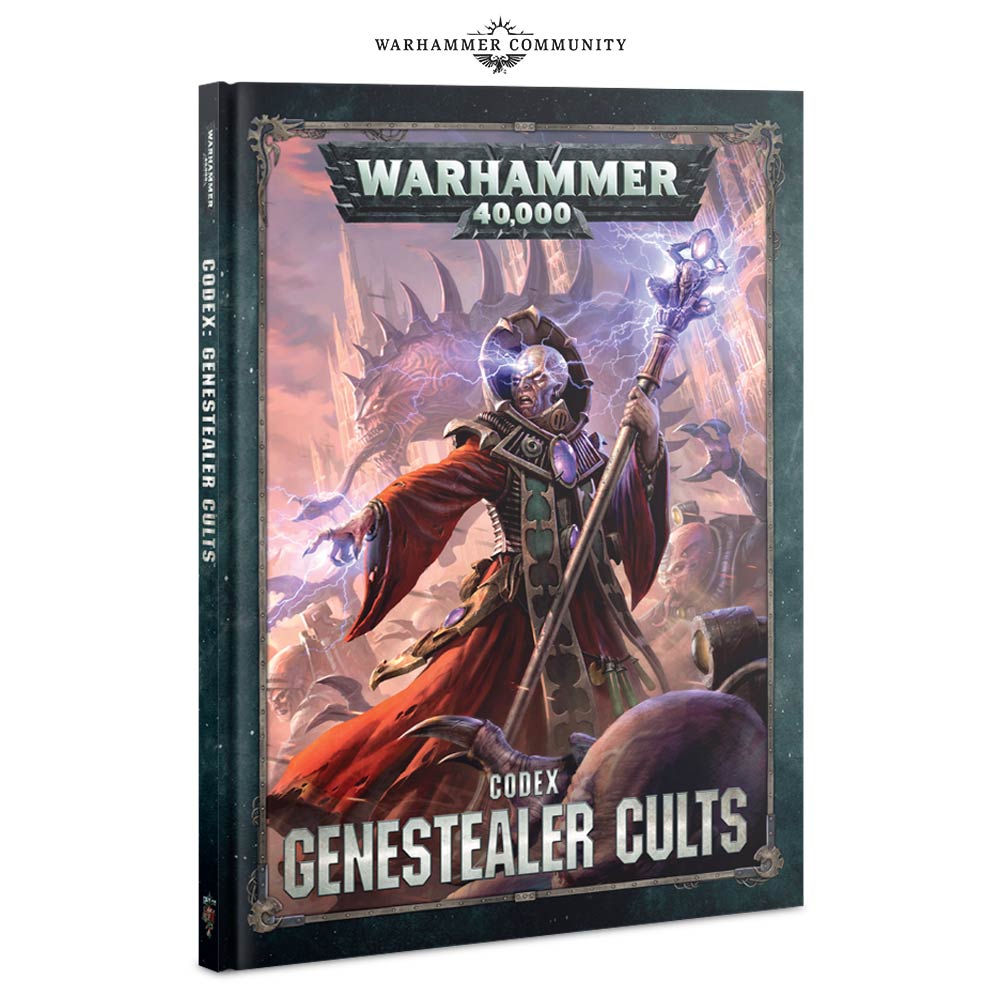 If you want to commemorate Ascension Day with a super-shiny version of the codex, there are not one but two to choose from! The Collector’s Edition includes the same content as the standard codex but is made with a soft-touch cover with artwork on front and back, black page edges and a black ribbon bookmark.

Meanwhile, the Limited Edition is designed to resemble a defaced Imperial book and is presented in a specially designed box containing exclusive gaming accessories. 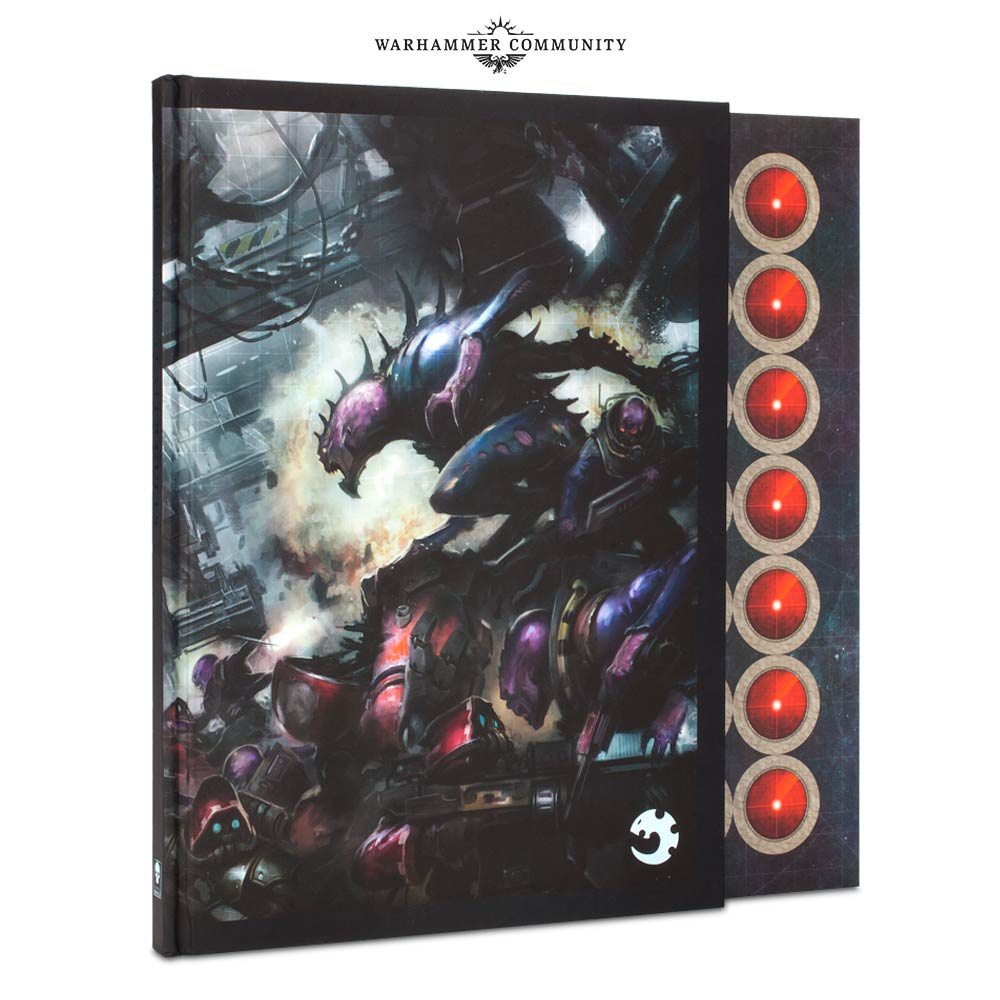 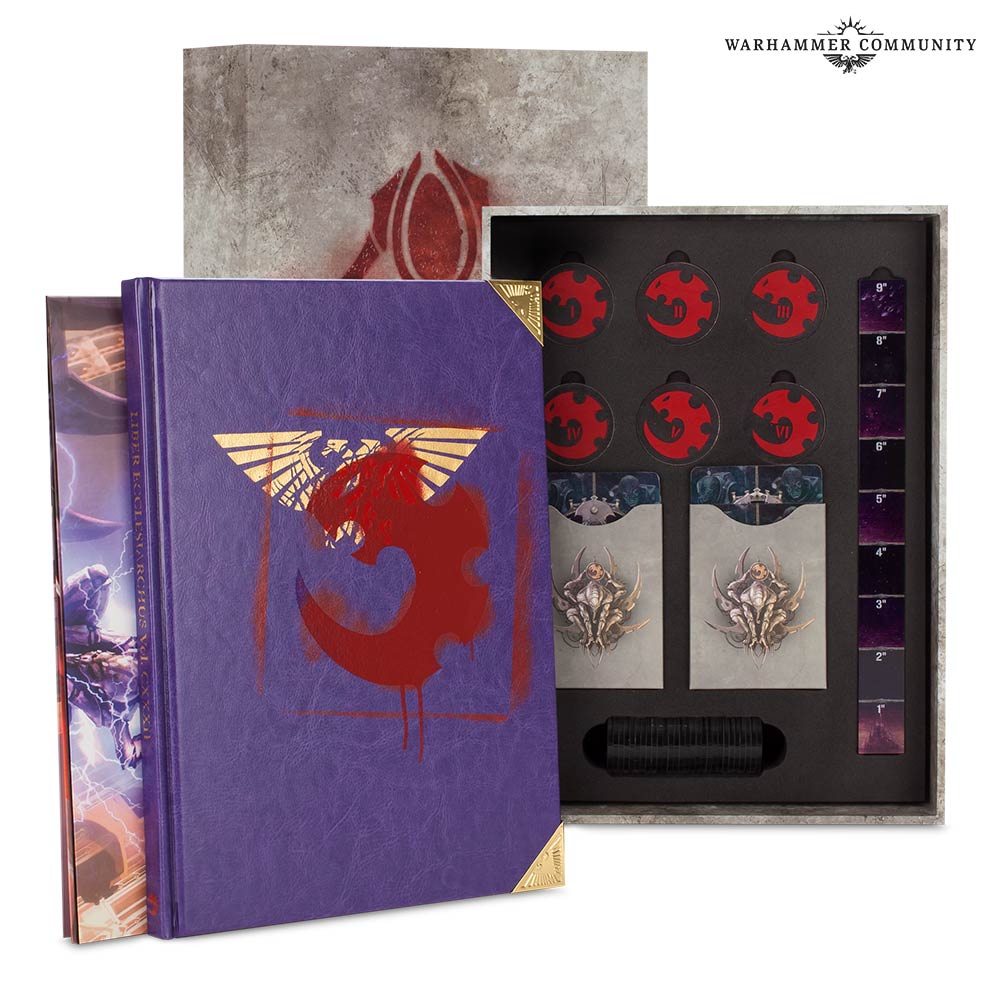 No codex launch would be complete without dice and datacards! The Genestealer Cults Dice set includes 20 grey dice with purple swirls and red pips, and featured the Genestealer Cults icon in place of the 1. The Datacards: Genestealer Cults pack features 71 handy reference cards, catering for all their Tactical Objectives, Stratagems and Broodmind psychic powers. 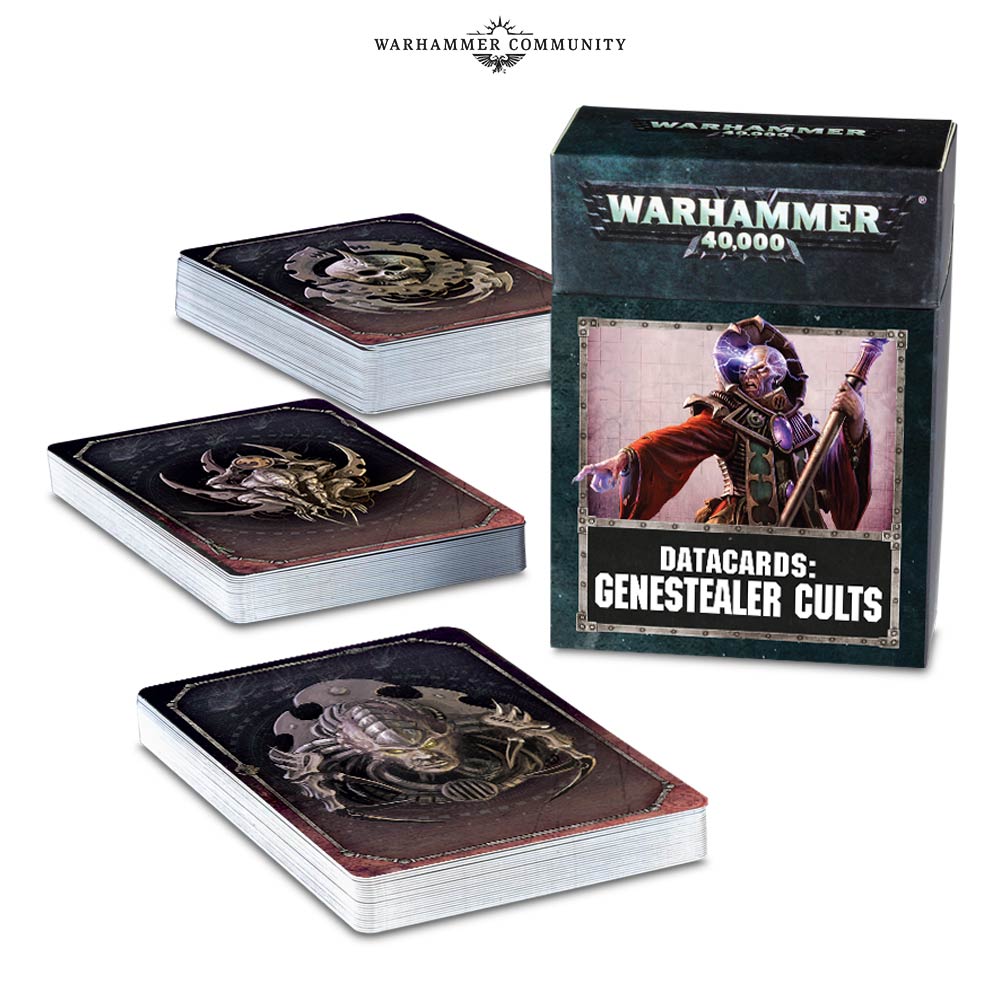 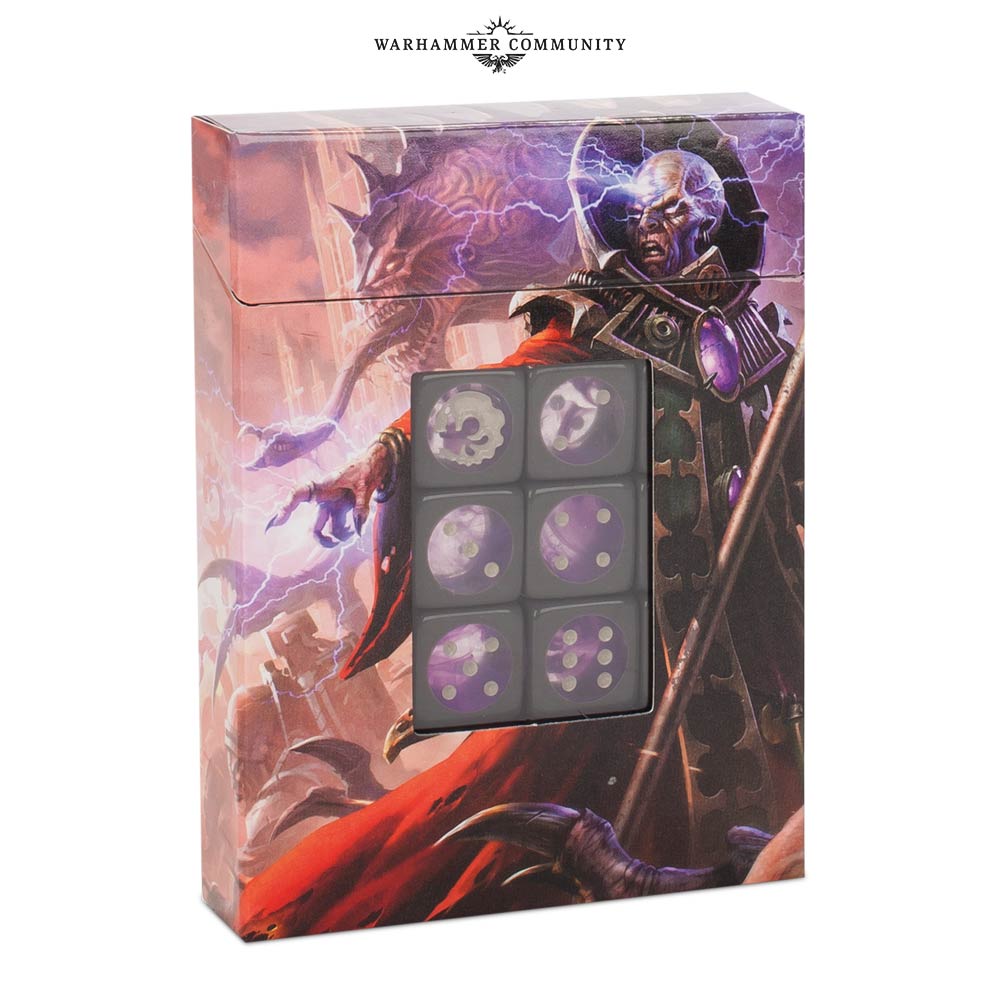 A hardback edition of Guy Haley’s novel about the enigmatic primarch of the Raven Guard. During the Great Crusade, it falls to the Corax to humble the immense void-cities of the Carinae. Determined to bring these worlds into compliance, he unleashes the might of his Legion and a massive war host of the Imperial Army. But the lords of Carinae are well defended and without remorse. 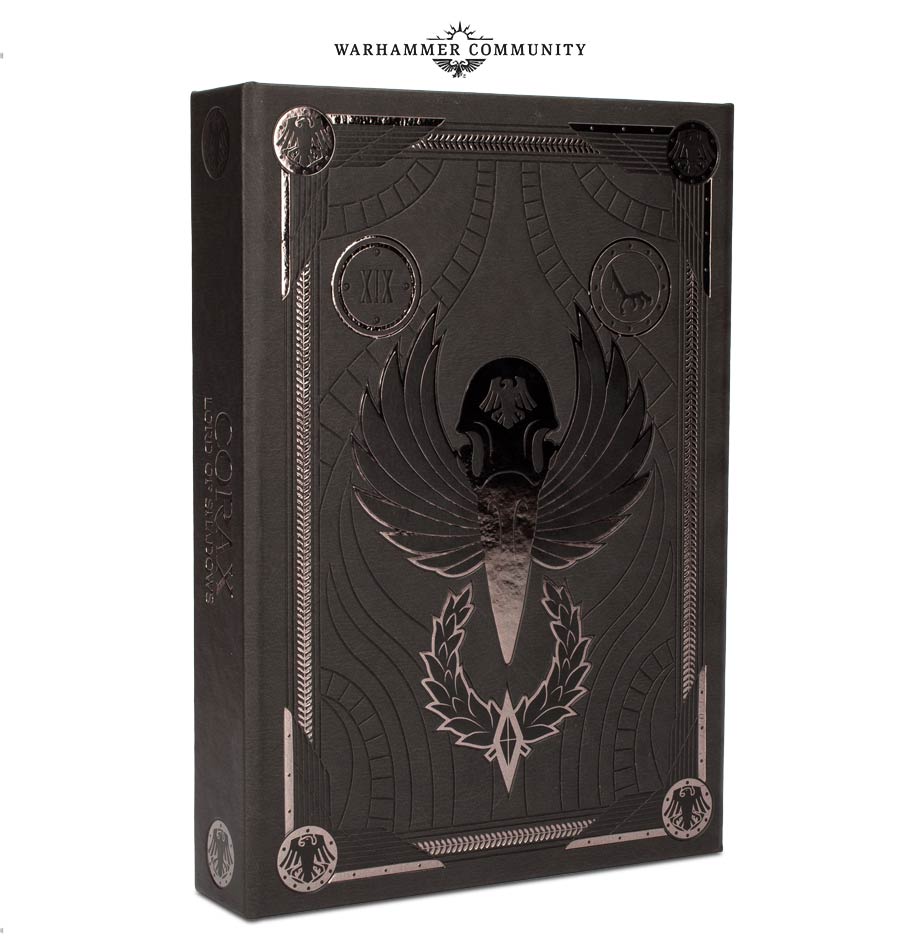 That’s quite the launch, we’re sure you’ll agree! Let us know which of the new Genestealer Cults units you’re most looking forward to on the Warhammer 40,000 Facebook page.

* There will be more on this exciting new rules development over the coming days, so keep your eyes out!