Another jam packed week from Games Workshop with the Urban Conquest expansion for Warhammer 40,000 and a brand new scenery set up for pre order alongside the second wave of Gloomspite Gitz!

Urban Conquest makes it simpler than ever to set up and play campaigns of street-to-street warfare. This boxed set is designed to let any player build an epic campaign. By interlinking your games, you’ll be able to keep your gaming group busy for weeks, with each battle seeing players gain territory and resources. You’ll be able to create rich narratives, as well as testing your strategy skills as you plan your next move. 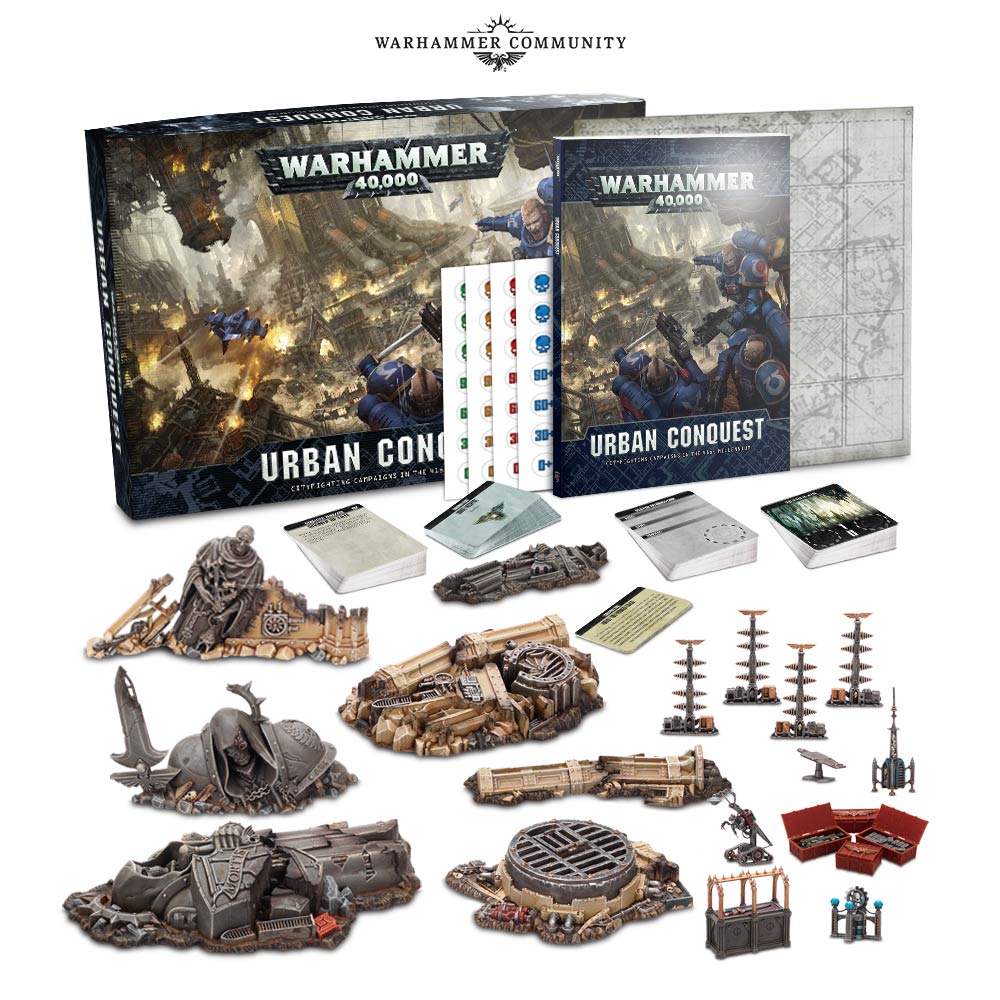 You’ll find rules for playing Urban Conquest in the Urban Conquest rulebook – your guide to street combat in the 41st Millennium. This rulebook has Cities of Death rules for adding extra depth to your battlefields, Urban Battlezones, new missions, Stratagems, lore and more, making it an invaluable resource for any would-be campaign master. 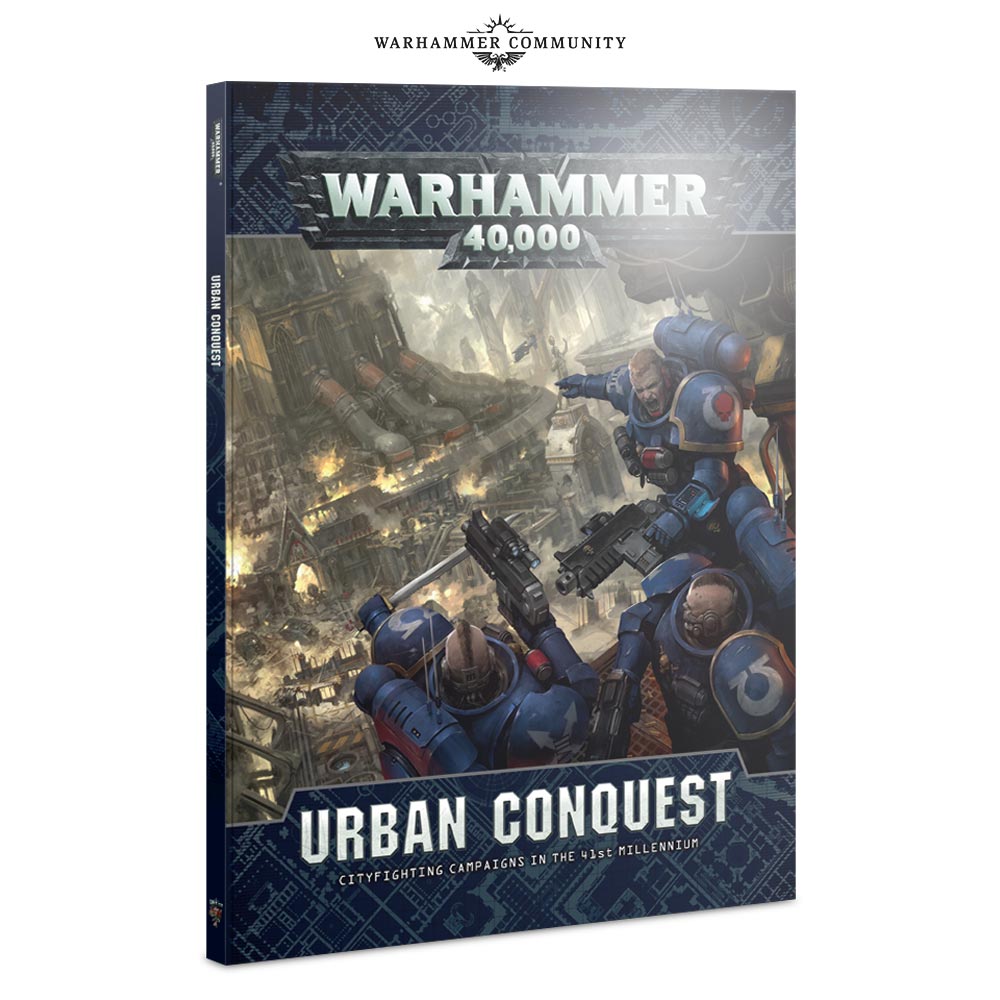 The Streets of Death Cityscape Map, meanwhile, lets you create sprawling campaign maps in moments just by slotting cards into a plastic wallet, allowing you huge creative freedom when you play your campaigns as well as giving you a meaningful sense of progression when you play, as your holdings increase. Between games, you’ll be able to pin your map to the wall between games, or simply fold it away. 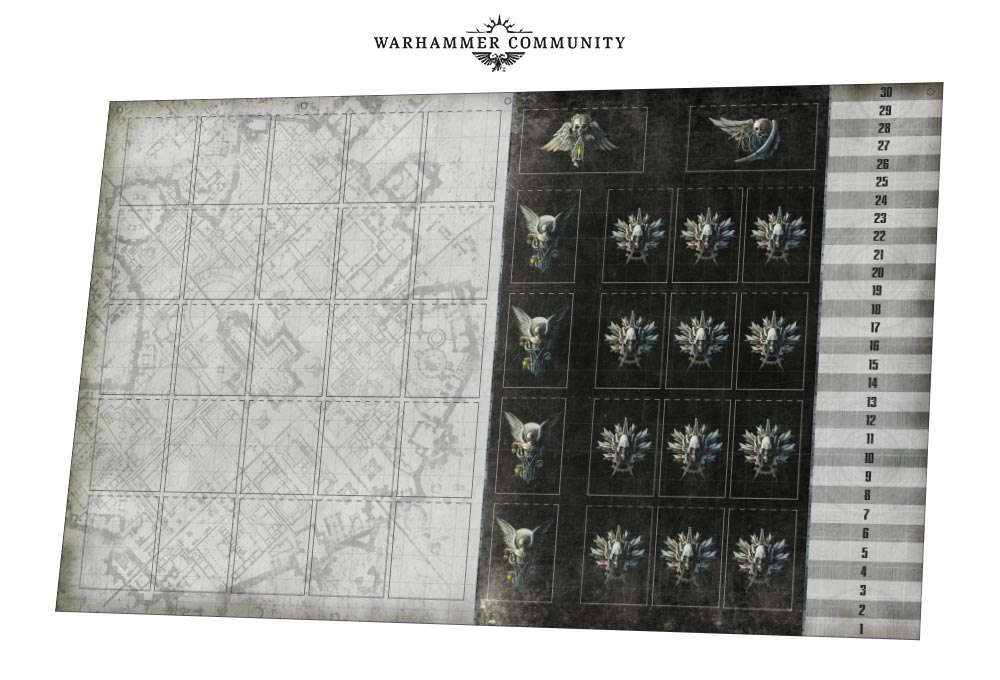 The set also contains a set of ruins and objectives that’ll add some urban flair to your gaming boards.

With urban warfare a more tempting prospect than ever, we reckon you’ll be looking to start, or expand, your own terrain collection, and the new Manufactorum kit is the perfect way to do it. 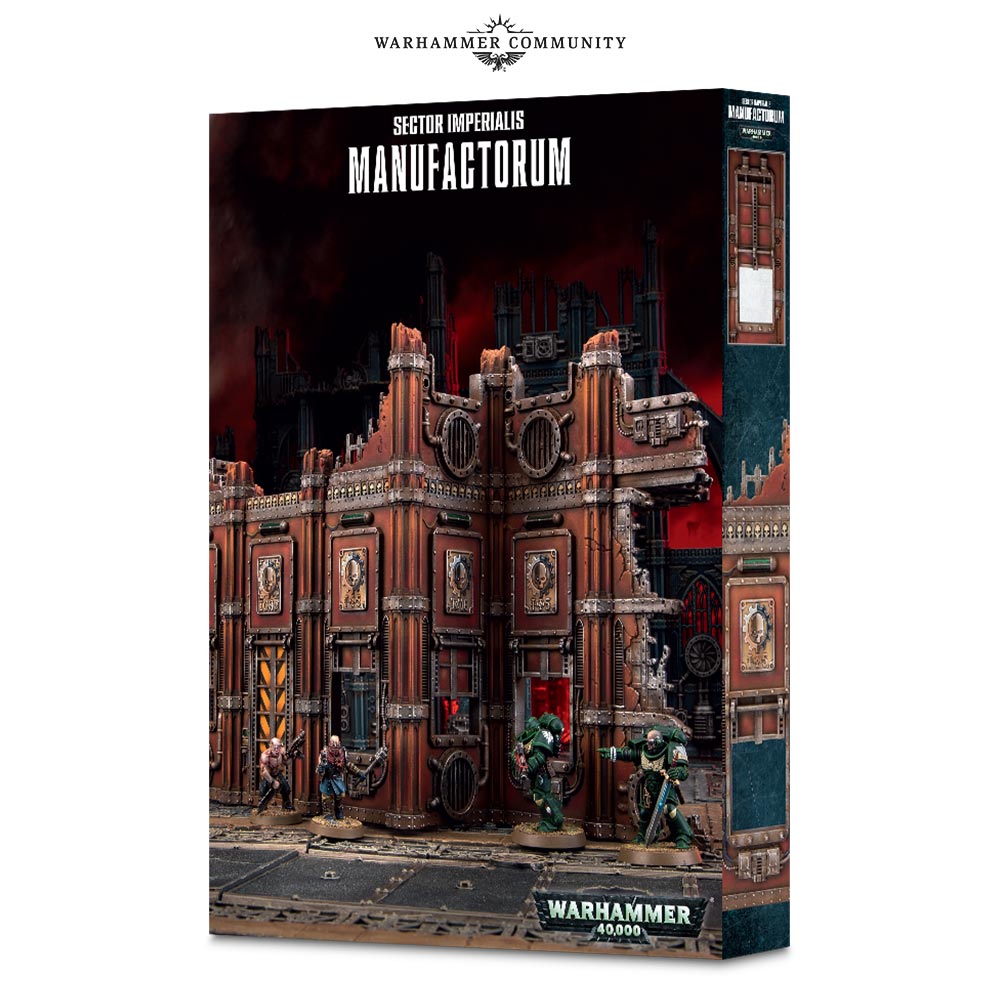 While the Sector Mechanicus and Sector Imperialis terrain sets are already incredibly compatible, the Manufactorum set is designed to make for an aesthetic bridge between the two, depicting one of the countless factories that dot the urban battlefields of the 41st Millennium. Featuring brand-new sprues exclusive to this set, you’ll be able to build an impressive-looking Manufactorum right out of the box, or combine it with other sets to design your own constructions. 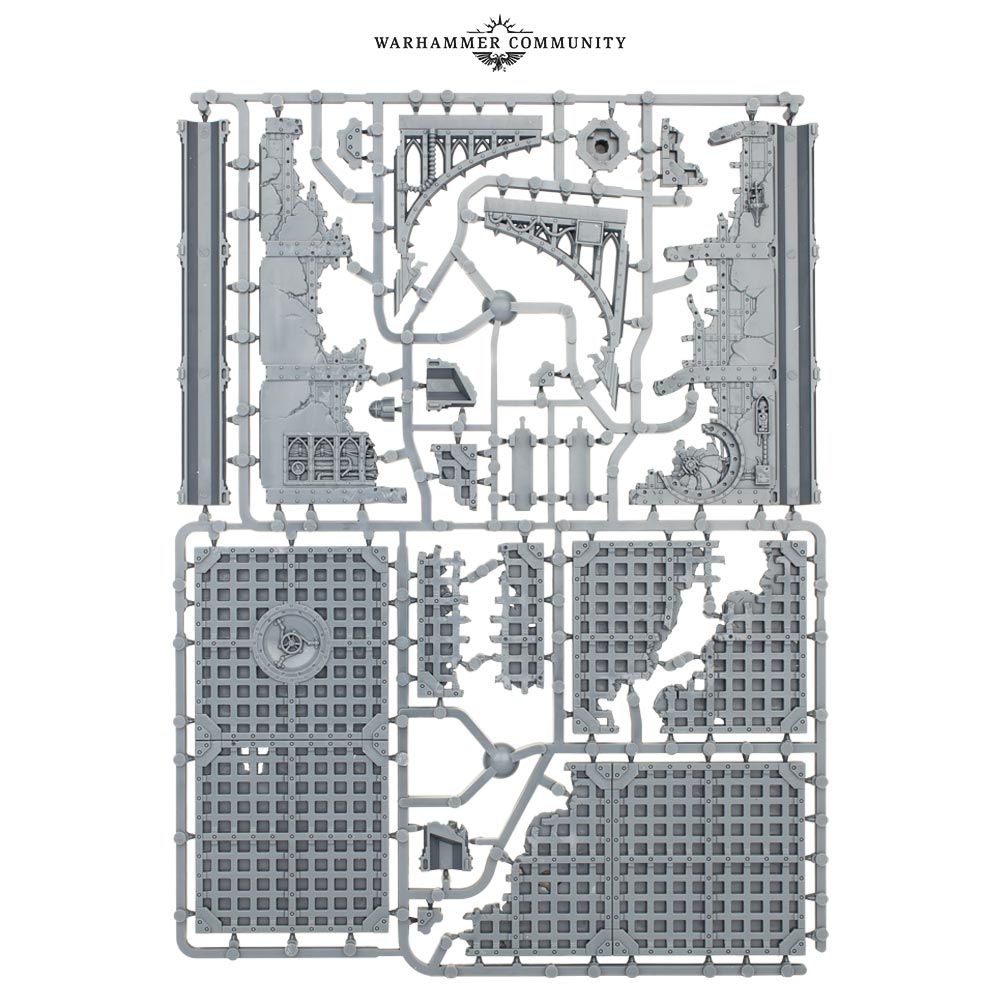 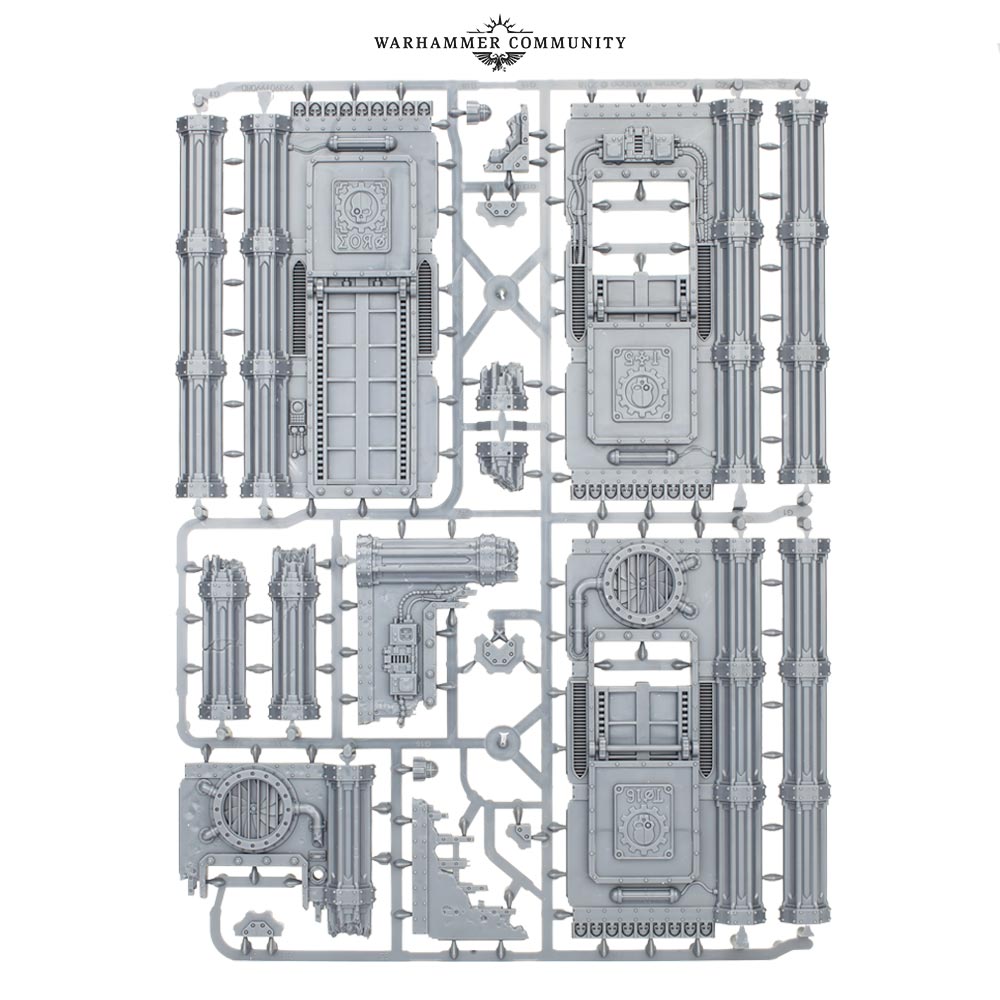 As you probably already know, there are even more Gloomspite Gitz models on the way – and they’re just as stunning as the first wave! This time around, you’ll be able to get more invaluable support units, not to mention some of the army’s most impressive Monsters.

Take the troggoths – not only are the Rockgut Troggoths being updated with a new, super-customisable kit, but there’s an entirely new troggoth in town. The Dankhold Troggoth can be used as a mighty monster in its own right, or upgraded to a Dankhold Troggboss – a towering Leader choice who unlocks other Rockgut and Fellwater Troggoths as Battleline. 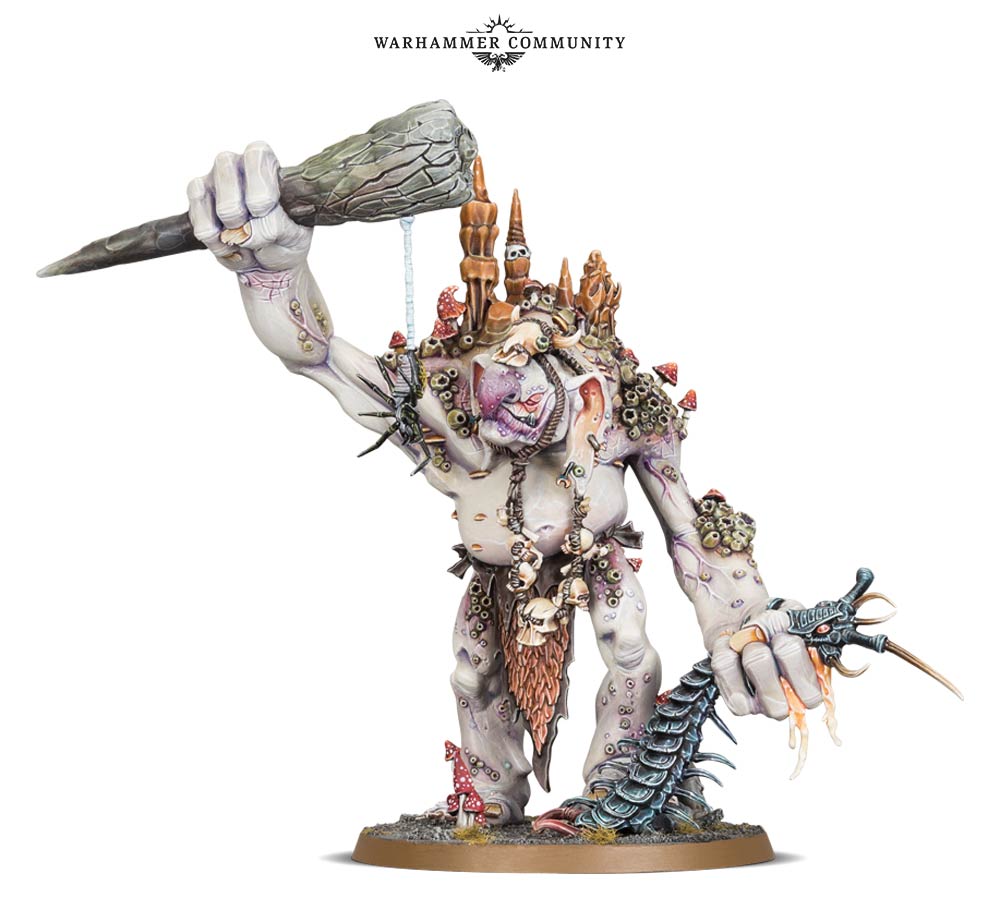 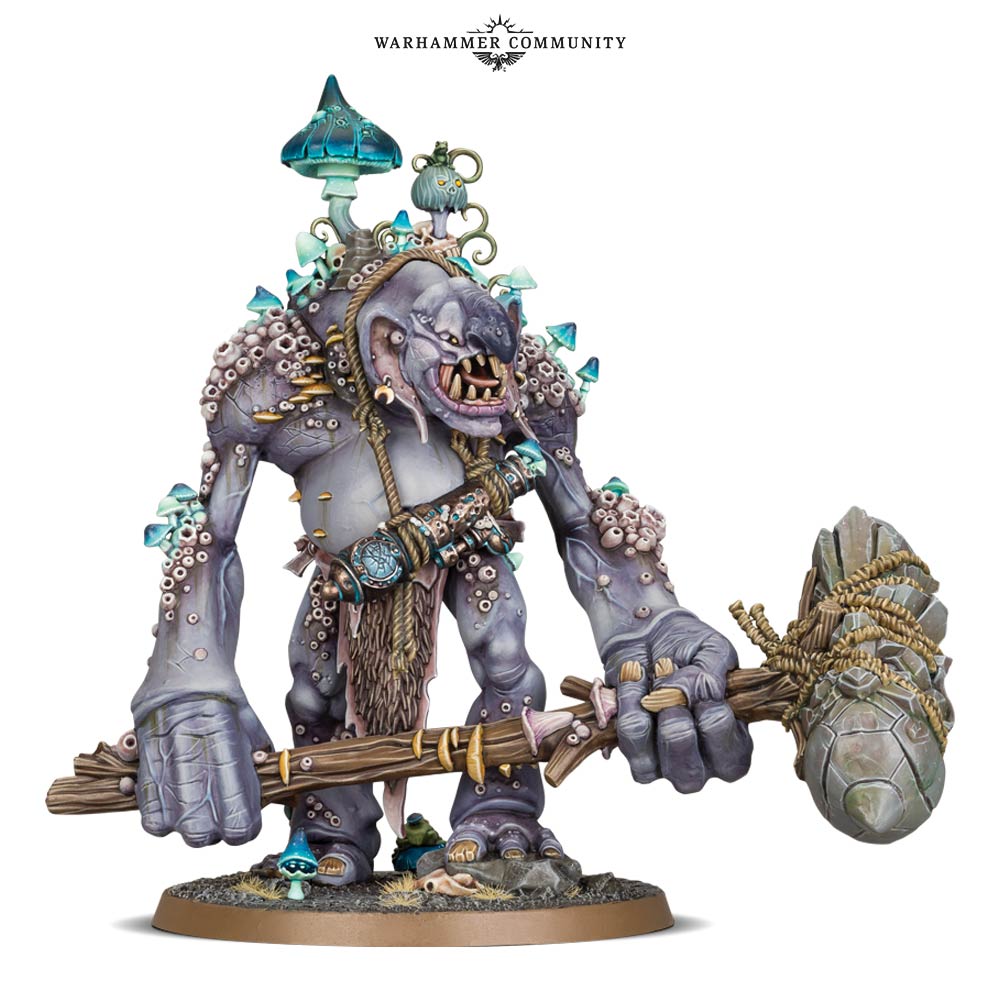 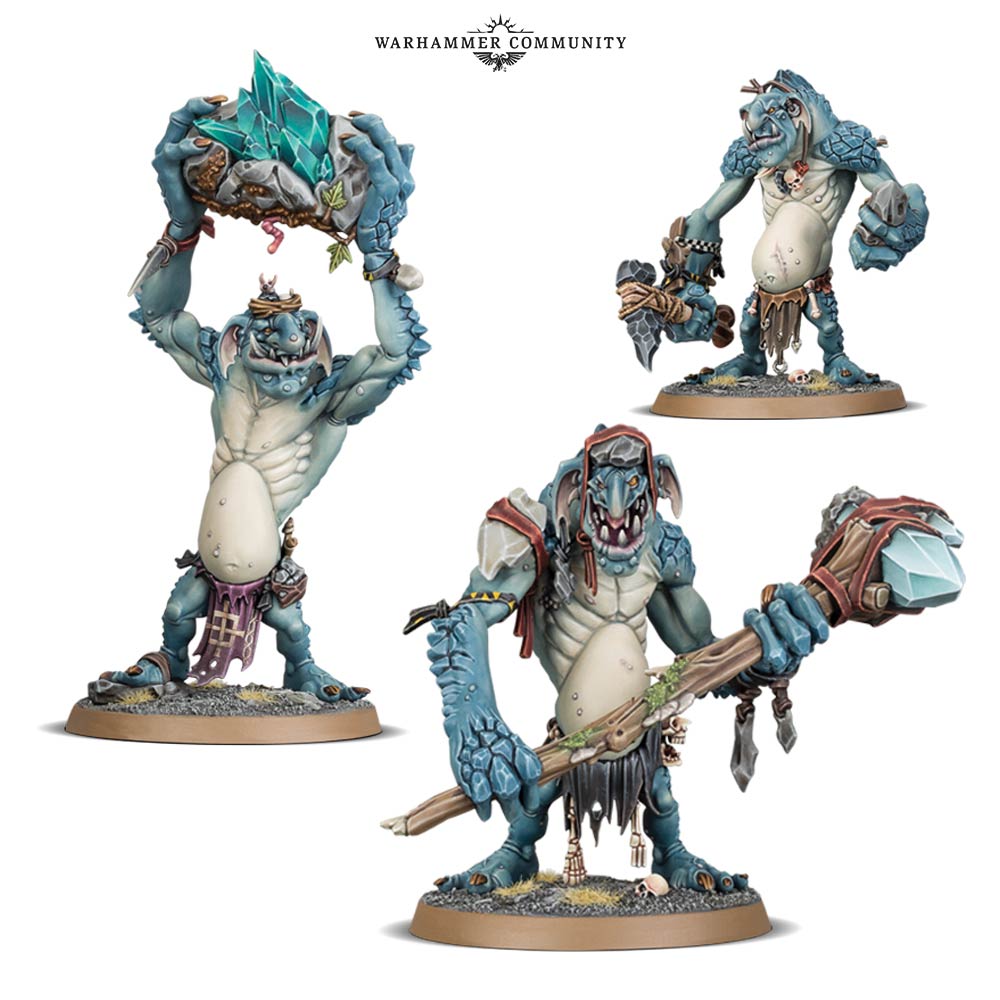 Not to be outdone, the Moonclan Grots are bringing their biggest beasts to bear with an all-new set of Mangler Squigs! Updated with an all-new plastic kit, this set is packed with customisation options that ensure if you want to use more than one of these fungoid despoilers in your army, no two need look alike. You’ll also be able to build a Moonclan Loonboss on Mangler Squigs – the ideal general for truly dedicated squig fans. 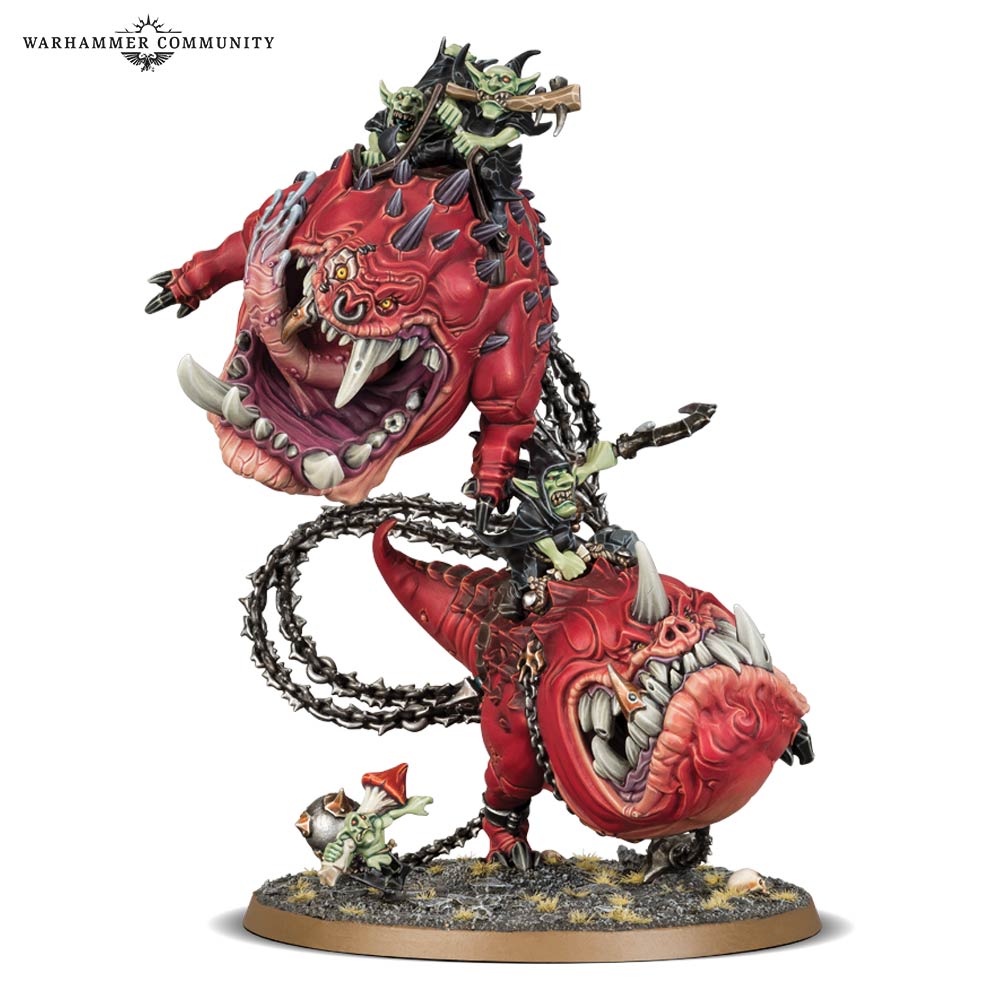 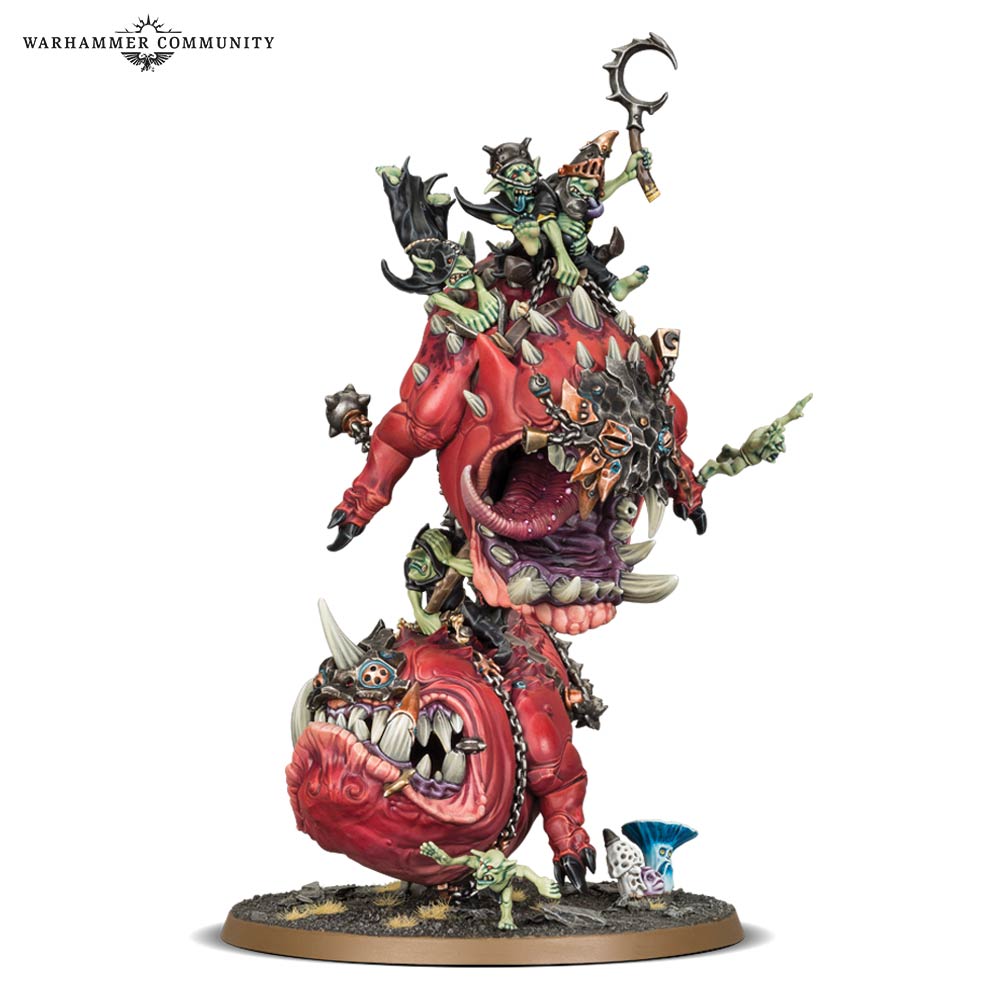 Smaller, but no less useful, are the Gobbapalooza – a pack of grot Heroes, taken as a single option, who offer all sorts of kunnin’ tricks to your army. Each of the Heroes in this characterful set provides special benefits to your force, like the poisonous Spiker or the hypnotic Boggleye. 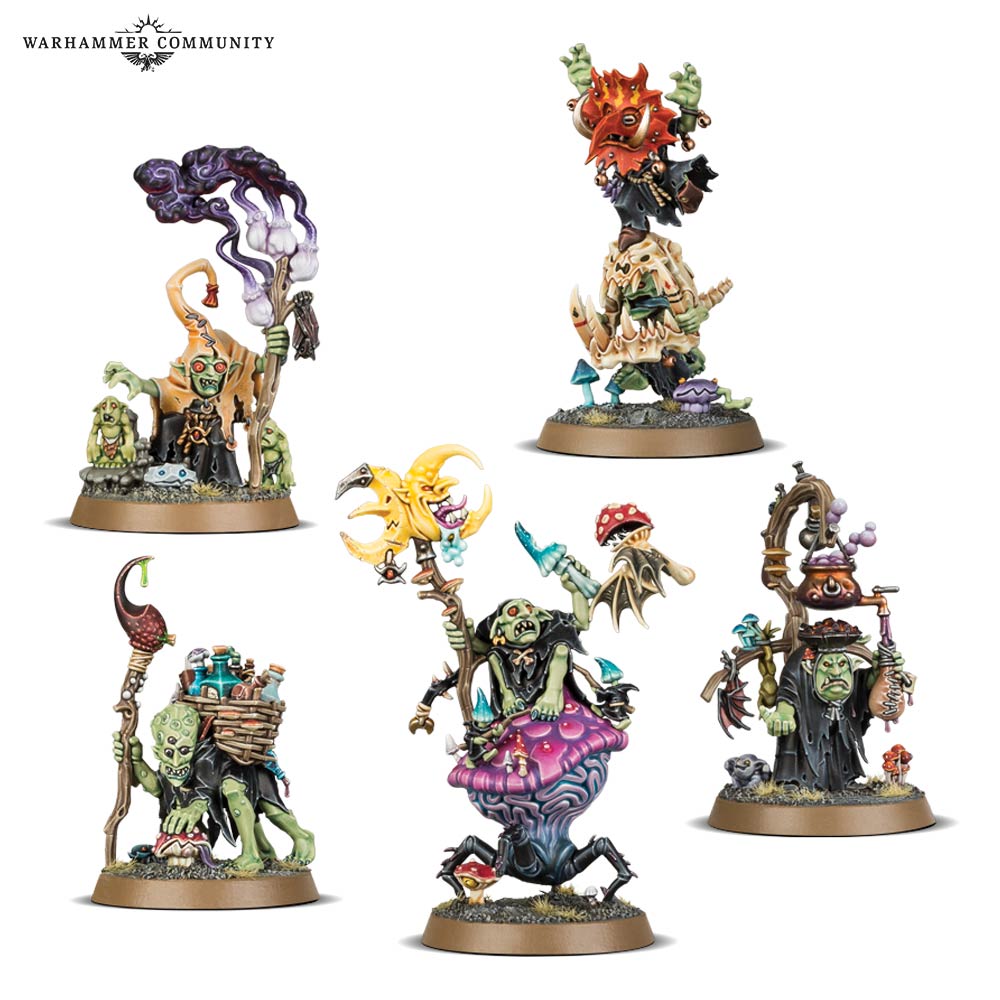 Lastly, we’ve got the Loonboss – a small but tough Hero who’s great for leading smaller Gloomspite Gitz forces or driving your units to fight even harder: 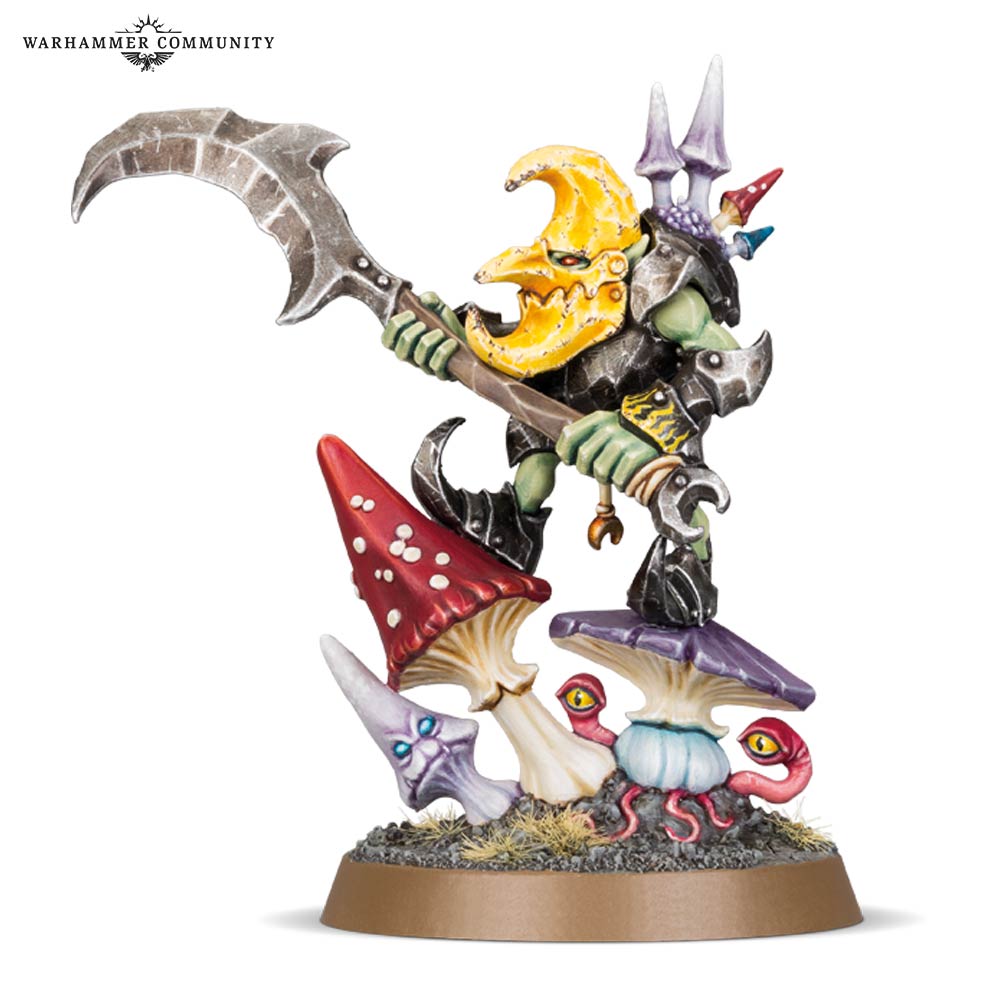