Wow, what an awesome day yesterday was!

Me and Matt went to Warhammer World to take part in a game of Age of Sigmar, Live on their Twitch stream.

We headed down quite early, as we thought we’d make a full day of it. After filling up on Breakfast (seriously, I’ve not had a bad meal at Warhammer World’s Bugmans Bar!) we decided to have a nosey around the exhibition halls.

If you haven’t been around the halls yet, you really must give them a visit. From early models back from Rogue Trader, to the latest minis such as the Deepkin, they are all on show. If your looking for inspiration for your next army then this is the place! This time round their was a number of previous Golden Daemon winners models (Games Workshop’s painting competition). 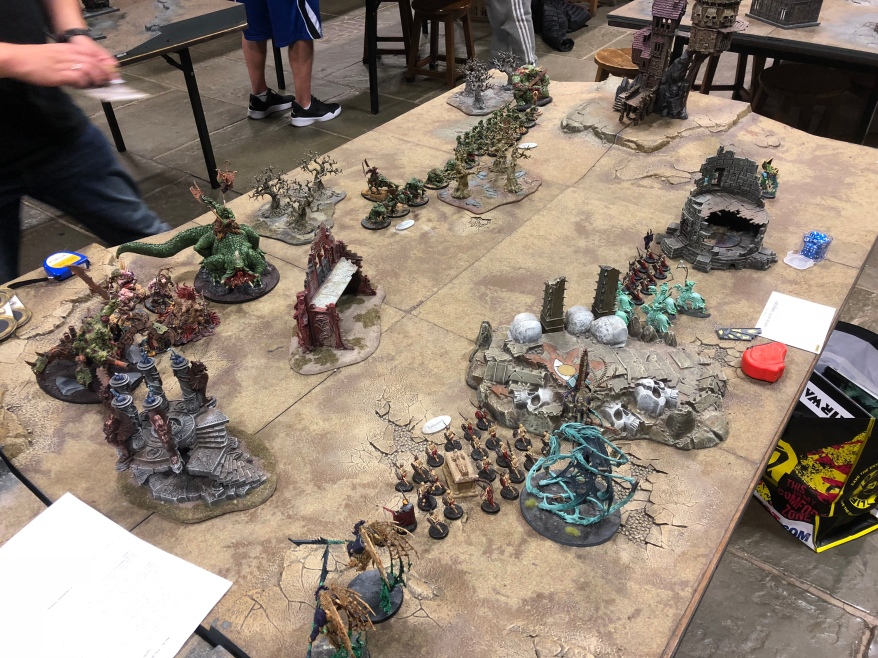 Following our wander around the halls it was time to roll some dice. With a stream a few hours away it was great to have a warm up game to ensure we remembered our special rules (turns out, we still forgot a couple during the show, the pressure of being filmed!).

Matt was using his Tamurkhan’s Horde, a rarely used army as it for the most part consists of only Forge World models. Sharing the Nurgle keyword they mean serious business! They were led by the Maggot Lord himself, Tamurkhan. 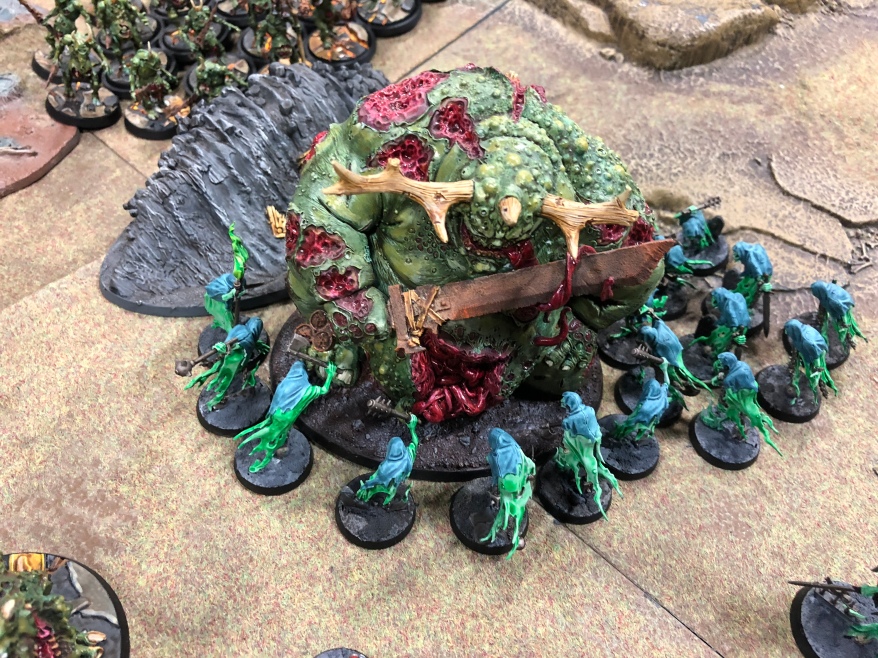 I was using my Legions Of Nagash force (thanks Matt for letting me use your Nagash and Hexwraiths!).

We’d pre decided on the scenario for the stream, and decided to play it out in our warm up game too, Total Commitment. 4 objectives, 2 in each deployment zone, you scored 1 point for holding your own objective and 3 for taking your opponents. All or nothing in this scenario, no reserves, everything starts on the table! 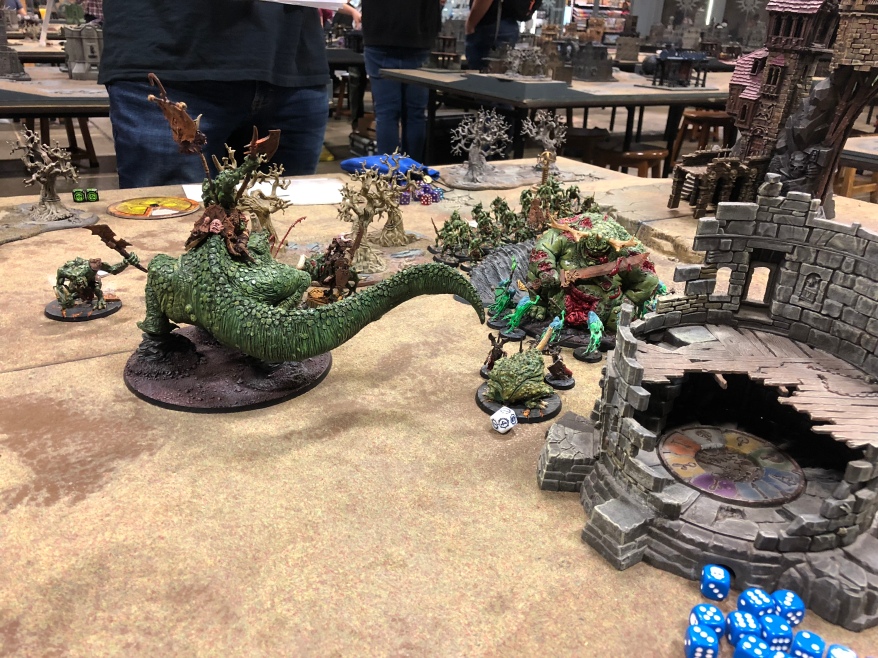 Battle commenced and after some power struggles it was Matt who was victorious, winning by a single victory point! 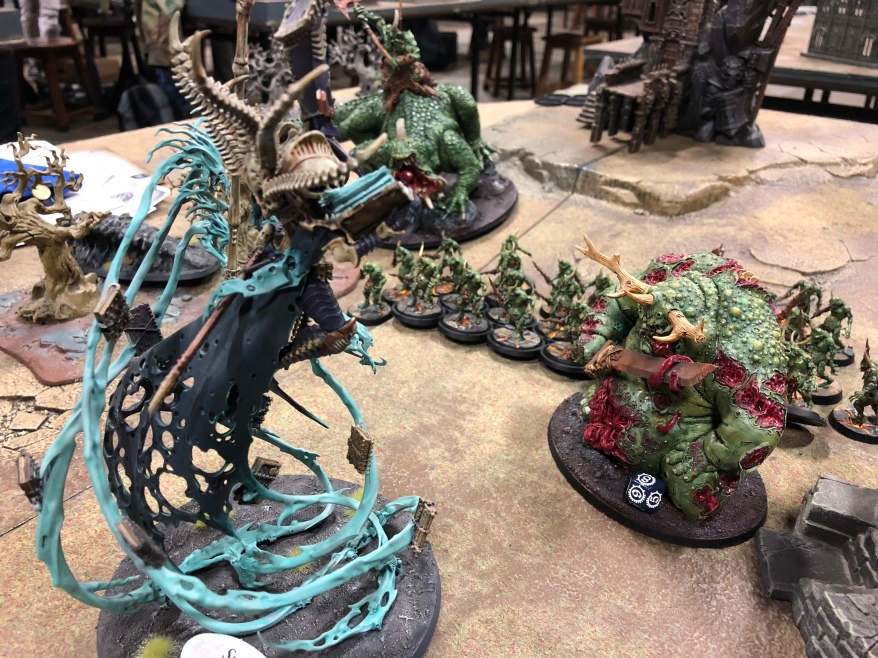 No matter, I had the stream coming up! My chance to win in front of many awesome gamers!

And so, after some late lunch, and a couple of purchases for the Forge World and general shop we got escorted to the studio.

Nick Bayton and Rob were on commentary duty, whilst Raphael ensured all the action was caught on camera. We deployed before the stream started. After a brief chat to camera the battle commenced! 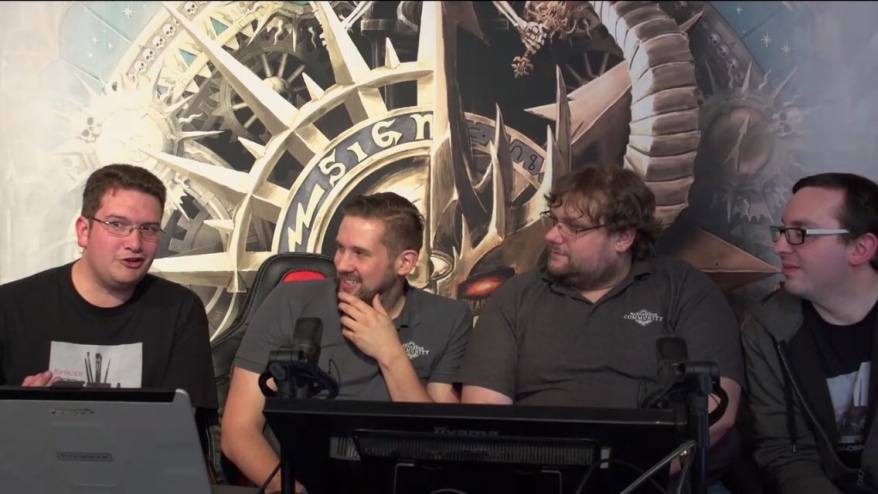 The battle was awesome, and it was a high scoring game, with both me and Matt throwing caution to the wind, moving stuff forward into combat. Yes, we both made a couple of mistakes (missing a whole round of combat with my chainrasps in the first turn…) but it didn’t make the battle any less fun!

Once the dust settled the final scores were declared, and, spoiler alert…

And so ended our fun filled day at Warhammer World. We hope everyone who watched it live enjoyed it. If you missed the game, or wanted to watch it back you can view it on the Warhammer Twitch archive. You can access the videos if you subscribe, either by paying for a month subscription (or longer!) or, if you have an Amazon Prime account, you get one free subscription as part of Prime.

Part One of the stream can be found right here!

Part Two of the video is here.

Thanks to everyone who watched, and a massive thank you to Nick, Rob, Raphael and the rest of the community team for allowing us on! 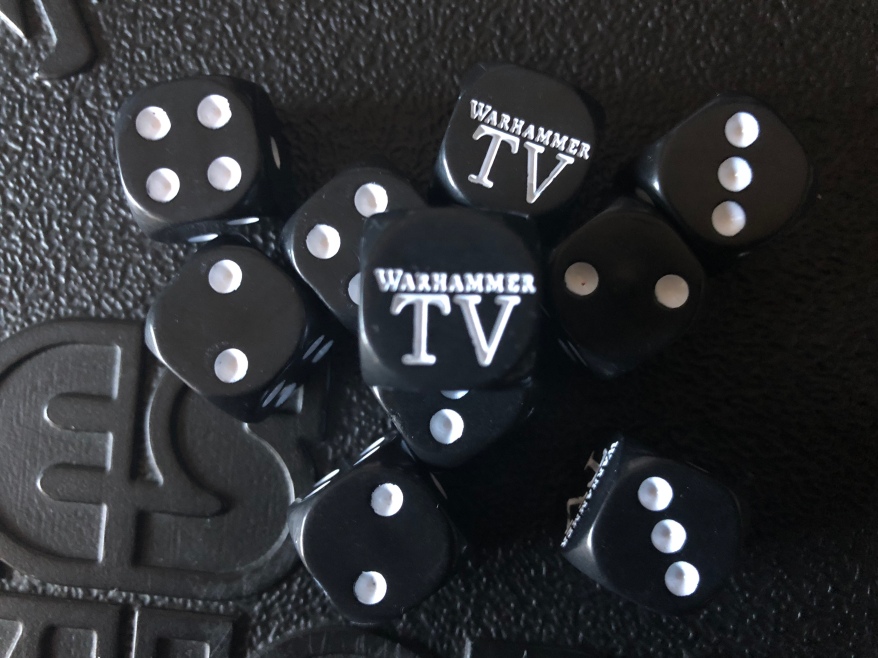