This July Age of Sigmar turns 3 years old! In that time we have had numerous battletomes, 2 General’s Handbooks, brand new races and the story of the mortal realms evolve from the apocalypse of the World That Was to the current unfolding events in the Malign Portents storyline. The game has gone from strength to strength and has cultivated it’s fluff and history as Horticulous Slimux would tend his patrons gardens. 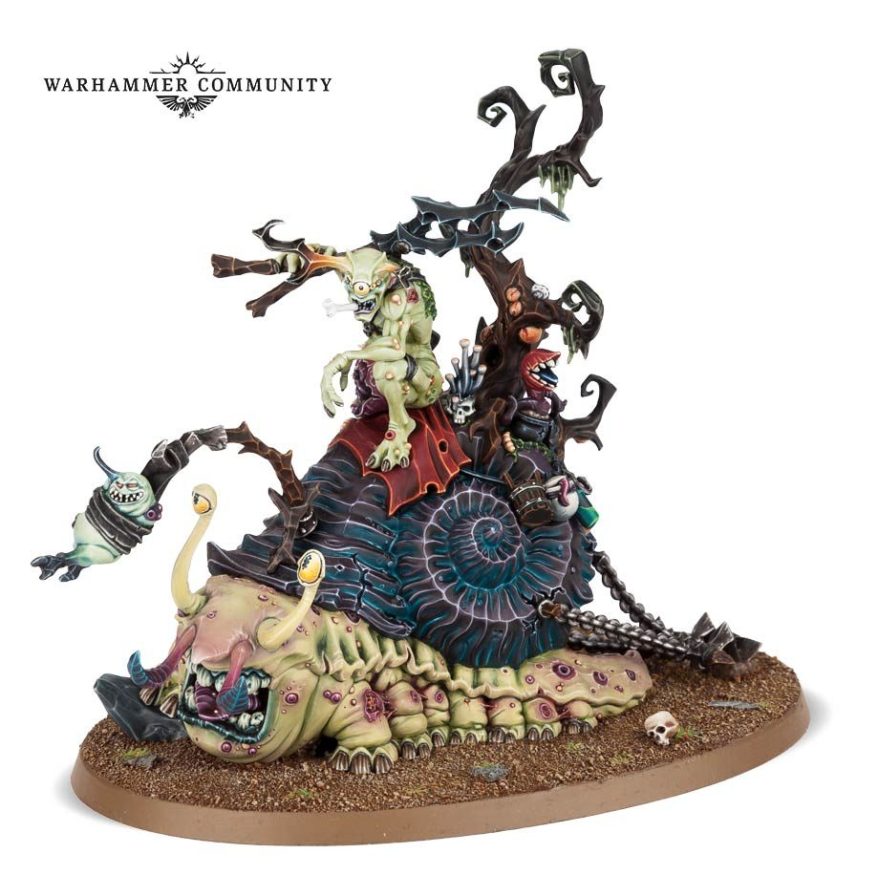 But is it perhaps time that the 4 pages of core rules are given a revision and expansion?

Last year we saw the newest edition of Warhammer 40,000 land to unprecedented acclaim, the rules had undergone a deep revision that stripped away years of bloat and trimmed the fat to a razor sharp edition that played quicker, was tighter and ultimately much more fun than previous editions.

But at the core of this edition was elements of the raw genetic material of Age of Sigmar – Like The Emperor of Mankind, the developers had finely tuned this matter into something fitting for the 41st millennium, Warhammer 40,000 is Cawl’s Primaris Age of Sigmar after being given free reign to tinker with the genecode.

So what does this mean for Age of Sigmar?

I hope that when the next edition does drop (and there are whispers on the winds that this might be relatively soon) that we see some of Warhammer 40,000’s bigger successes transplanted back into Age of Sigmar.

One of the parts of 40k that really works is the Character system – those with less than 10 wounds can only be targeted if they are the closest enemy model. This would make a massive change to the way Age of Sigmar plays – No longer would it be possible to simply snipe away heroes, thought would have to be put into thinking out the supporting infantry before these key characters are taken out of the game, especially so in scenarios that are important in regards to heroes scoring!

I feel the strongest new system in 40k is the Command Point mechanic – this rewards list construction with points that can be spent of stratagems that effect the course of battle. This has added massively to our games of 40k and I think we are only scratching the surface of this mechanic. I think Age of Sigmar would benefit massively from this, even if it was limited to a handful of strats that can be used across all armies

We have seen the seed of this in the latest General’s Handbook, but I would like to see the ability to have multiple small detachments within a grand alliance on the table top together as an army, retaining their faction specific bonuses – this mostly helps the older factions who have been splintered into a number of smaller factions, but would also allow more diversity in the way armies are built – especially if faction bonuses can only be used on their own faction (no destiny dice shenanigans on allied armies for example!)

Magic has always been a key part of the Warhammer World and I would love to see this expanded further either in the core rules, or in an expansion…

While it is nice to get new things for old factions, nothing is as exciting as a brand new army with a new aesthetic to get the hobby juices going! The Mortal Realms are a big place and we have only glimpsed a small corner of them, I hope we get to see more weird and wonderful things in the future!

So that is my thoughts on what I would like to see for the future of the game, please let us know what you think down below or over on Facebook and Twitter! Whatever happens, I think there will be exciting things in store for us very soon…